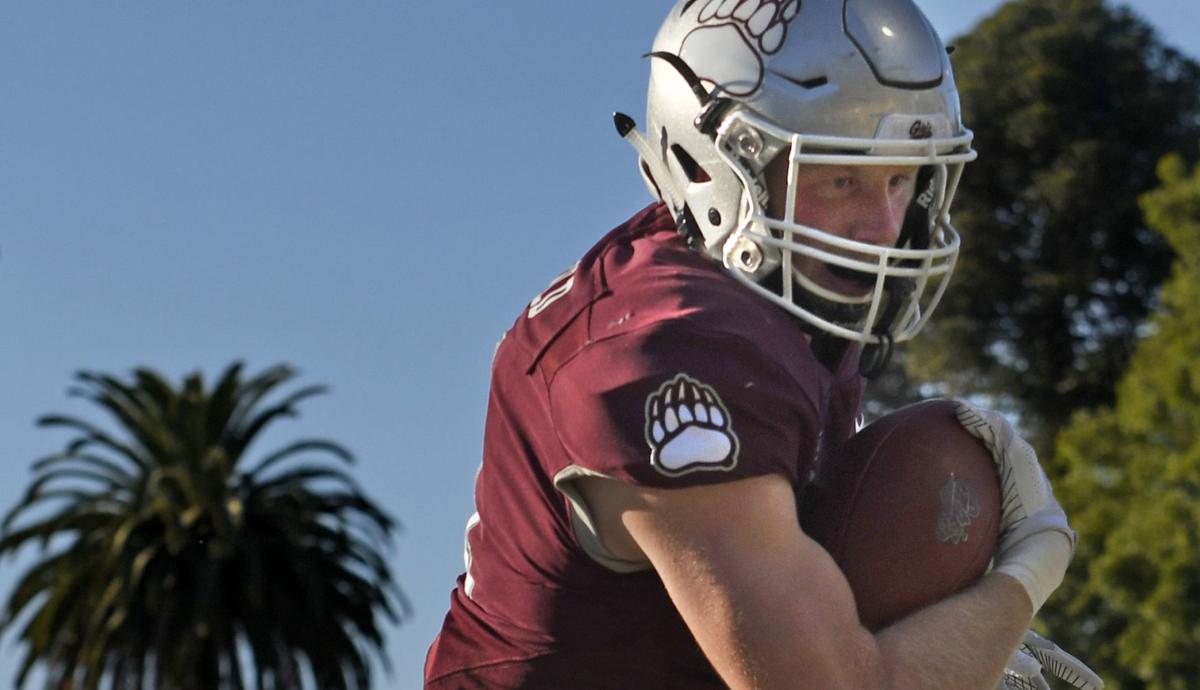 Montana tight end Matt Rensvold scores a touchdown in the second half of a win over Cal Poly in 2018. 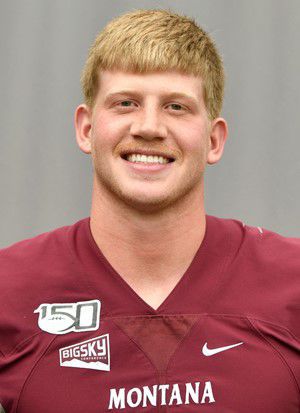 MISSOULA — Montana tight end Matt Rensvold showed flashes of what he’s capable of during his redshirt freshman season in 2018.

The Polson native helped with run blocking and made eight catches for 89 yards and two touchdowns, the most scores among the tight end group, one of which proved to be the winning touchdown against Sacramento State.

This year, Rensvold came into this season as one of the Grizzlies’ top three tight ends, a group Hauck reintroduced when he was hired in December 2017. With another offseason under his belt, he put on 13 pounds to get to 6-foot-4, 248 pounds and is hoping to be a bigger contributor.

Q: Coming off the road win to start the season, what’s the energy and confidence level around this team?

A: There’s a lot more confidence than last year. We’re stronger because of the offseason. We have more experience. That’s big for what we did last week and what we’re going to do the rest of the season.

Q: What are you hoping to contribute to the team in a loaded tight end group?

A: Just whatever I can do to help them. Do my job every play. Finish plays. Be physical. Get the run game going. That’s the big thing. If us tight ends can do that, then we’ll be good, and that’s all I need.

Q: After your redshirt year, you missed spring 2018 with a knee injury but still made an impact during the season. How do you think having a full offseason and a second year in Bobby’s system will help you this year?

A: That helps a lot. I feel like for me that really helped me get more into the physical aspect of it because I haven’t been able to play the full-speed stuff until last fall camp. That helped me out more, getting to go out there and play and be able to catch up to the college speed. That was great.

Q: A local kid from Polson, what does it mean to you to be a Griz?

A: It means the world. It’s a dream come true. I’ve always wanted to play here. I live 60 miles away, so Griz Nation has been part of me for a long time.

Q: You were an all-state basketball player and 3-point shooting champ in high school. How much are you still able to play?

A: I don’t play very often because I always seem to be dinged up, so I try not to go out there and play because I don’t want to hurt myself anymore because I want to be able to play football. I get out and shoot a little bit, but that’s about it.

Q: Who’s the best basketball player on the team?

A: Probably Jerry Louie-McGee. I’ve watched him play a little bit, and he’s quick and he can shoot the ball. I’d say for sure Jerry. He’s so quick, like he is on the football field. He’s quick on the basketball court, too.

Q: Do you notice any basketball skills translating over to being a tight end?

A: Yeah. There’s always the aspect of going and high-pointing the football when you’re on a route and the quarterbacks throw it high for you. As a tight end, you can use your body to go high-point it just like catching a rebound off the rim in basketball. Or even running a route and being in man and sitting up and boxing someone out and getting them on your back. That’s something that basketball’s brought to football for sure.

Q: Are you still a wildlife biology major?

Q: Do you have something in mind you want to do with that degree?

A: I’m not quite sure. There’s always the game warden path. You got quite a bit of leverage there. As long as I get my major, I’ll be able to do most of that stuff.

Q: Getting ready for a game, what’s your go-to music?

A: I like some rock ‘n’ roll. Guns N’ Roses. AC/DC. Me and my dad used to listen to that before high school games, so that’s something I like listening to.

A: Guns N’ Roses has their big ones like ‘Sweet Child O’ Mine’ and ‘Paradise City,’ so those are pretty much go-to ones for me.

A: The Green Bay Packers. Aaron Rodgers is my favorite player.

Q: How does someone from Montana become a Green Bay fan?

A: I don’t really even know. My dad was always a Broncos fan. Then when I was like 8 years old, I just started like Green Bay. I was a young guy, so I guess I could do that.

A: Good question. Well, I was 7 when I came in here. Then I changed to 81 because that’s more of a tight end-oriented number, so I just went to 81 after that.

Q: So no special meaning or story behind 81?

A: I love it. He brings the energy every day, gets after you and does everything we need for our team to go out there and win.

No. 22 Montana vs. North Alabama: Lions players to watch