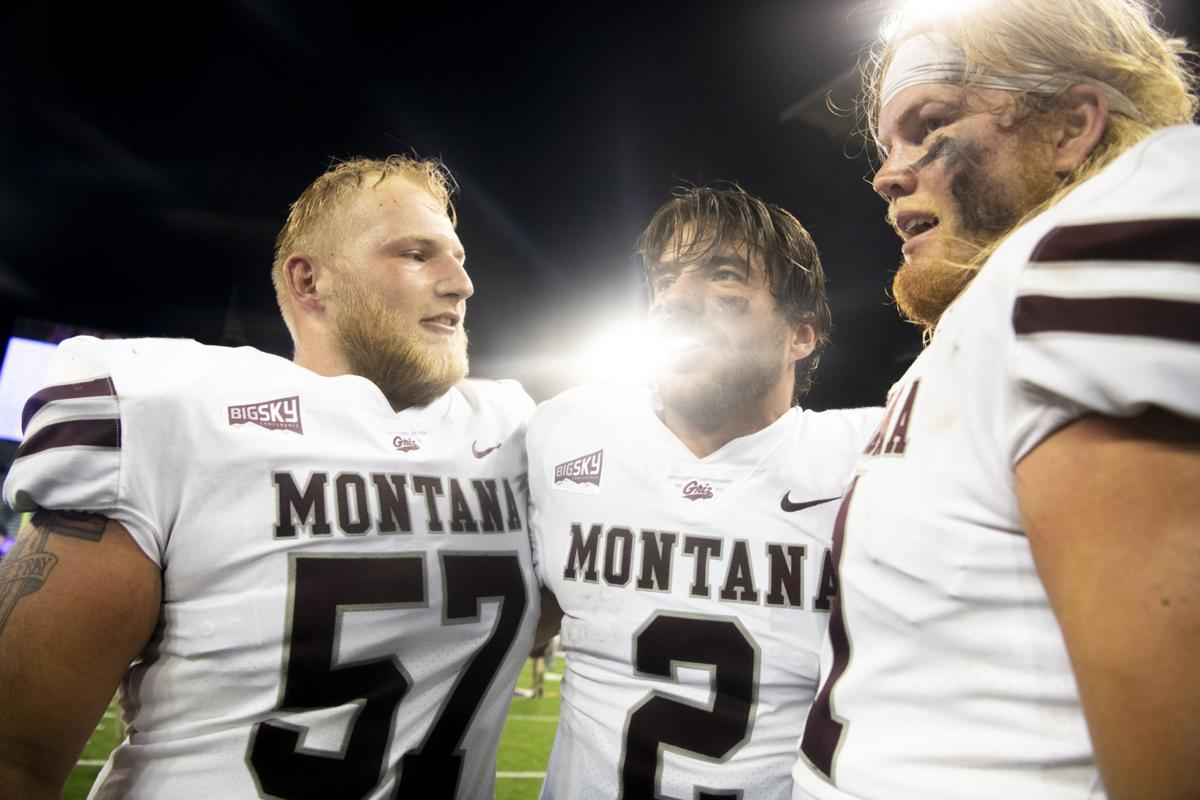 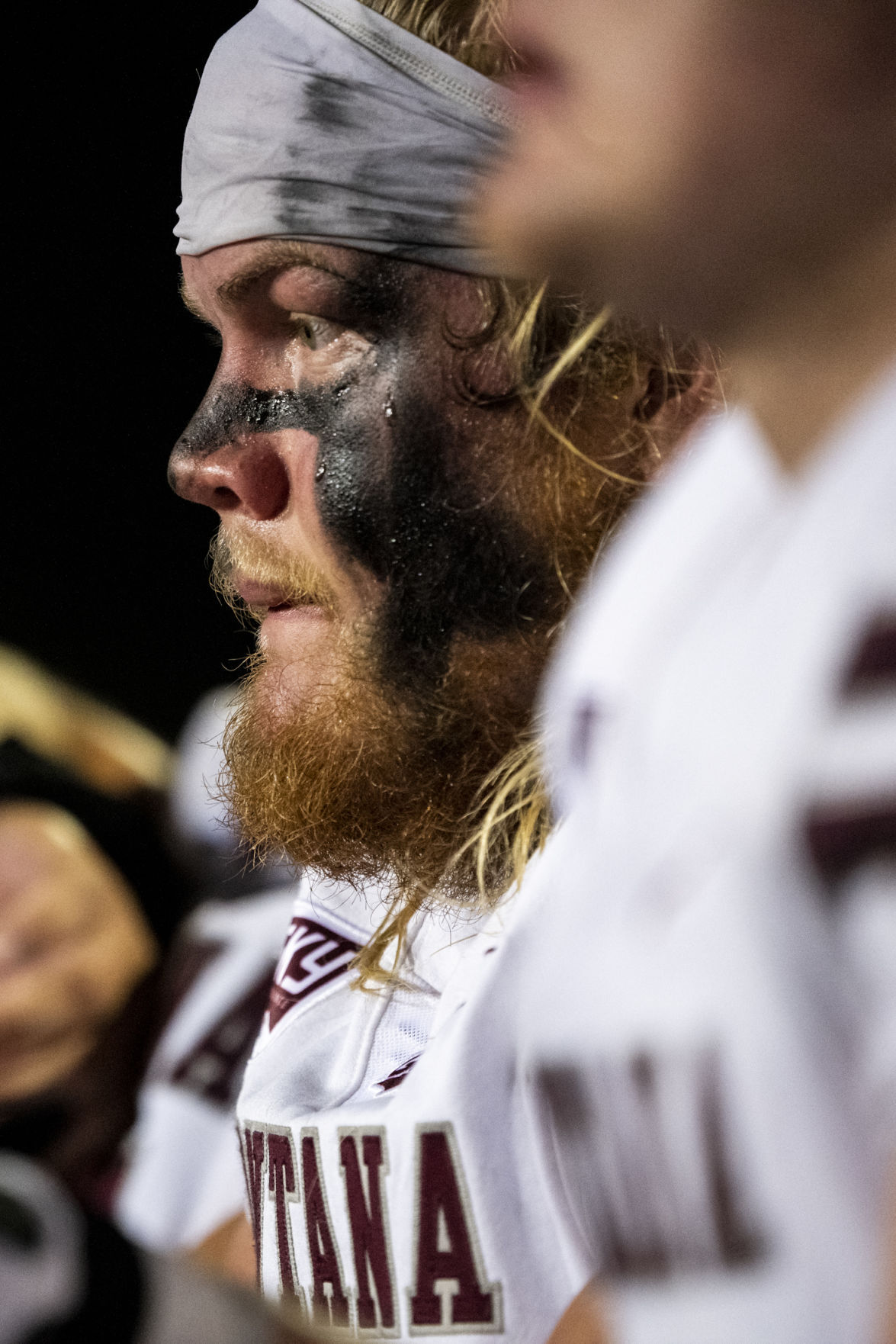 Montana left guard Hunter Mayginnes (61) looks on during the Grizzlies' game at Eastern Washington on Oct. 2 at Roos Field in Cheney, Washington. 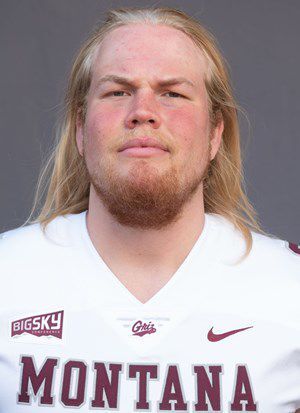 Montana left guard Hunter Mayginnes (61) looks on during the Grizzlies' game at Eastern Washington on Oct. 2 at Roos Field in Cheney, Washington.

MISSOULA — It took Hunter Mayginnes just one week of preseason camp to jump from being a backup offensive lineman to being on the first team after he transferred from Washington State over the summer.

The sophomore ran with the chance and has started all six games at left guard, solidifying one of the spots Montana needed to fill after its last full season in 2019. He was even named the team's player of the game in the locker room following the win over Dixie State on Oct. 9 in Missoula.

Mayginnes sat down with 406mtsports.com to catch up on his first season with the Griz as they prepare to play at Idaho at 5:30 p.m. MT Saturday at the Kibbie Dome in Moscow, Idaho.

Q: It’s probably weird to call yourself a sophomore because it’s your fourth year of college, so you’ve got to be close to graduating, right?

A: “I have another semester to go. I’m majoring in communication studies. I’m thinking possibly of going into the Navy or Army as an officer after football. My grandpa was in the Navy back from when he was 18 to 24 and then joined the LA County Sheriff’s Department after that. So that would be pretty cool if I could do something similar to him.”

Q: What do you like about the Army or Navy to want to go into that?

A: “Structure. I think structure is a huge thing in my life. As long as I have structure in my life, my life’s pretty certain and pretty clear of what I want to do. Football is probably like the same thing as the Navy or the Army. I know it’s not as harsh as it could be with football, even though (head) coach (Bobby) Hauck does make it that way. Just the structure of having a certain schedule every single day and you know your schedule for the next six months pretty much. That’d be nice to have, some structure and some harsh realities, I think would be good for me.”

Q: As far as football, how did you end up at Washington State out of high school in Arizona?

A: “I was committed to Arizona State from June of 2017 until like early February, late January of 2018, and then they pulled my scholarship, and I didn’t have anywhere else to go. I got some offers from other schools, but I didn’t think they suited me all that well. I ended up at Washington State as a walk-on but as a blueshirt. I ended up getting a scholarship over there as a true freshman during fall camp.”

Q: I’ve heard of redshirt and grayshirt, but what’s a blueshirt?

Q: You got to play there on special teams, but what went into your decision to transfer?

A: “I think the biggest decision was just knowing my worth and my self-value and knowing that I could be put in a better situation personally. It sucked leaving there. No harsh feelings for the coaching staff over there and the players. My brother’s over there, so that was hard leaving him too, but just making sure that I had the best opportunity for myself and just giving myself the best opportunity to do that. That’s why I came here.”

Q: When you went into the transfer portal, what type of schools did you hear from, and what separated Montana?

A: “I heard from quite a bit ranging from FBS to FCS. I think Montana just stuck out in my head because (offensive line) coach (Chad) Germer recruited me back in high school I introduced myself to him when he came down to Arizona. We started talking it up a little bit, and he gave me his card and his info. Nothing after that really transpired. Some bigger schools started to hit me up. I think he knew that I was going to be maybe like a Mountain West or Pac-12 guy.”

Q: What did it mean to you to earn a scholarship here and have another school believe in you?

Q: Then you come in before this season, and how did the transition go to a new offense?

Q: You’ve started every game this year, so have you even surprised yourself with how it’s gone?

A: “No, not really. I think the coaches and other players have really put me in a great position to do well. I got to give credit to coach Germer and coach Hauck. They’ve put me and the other offensive linemen in great positions and that’s why we’re playing so well.”

Q: As you’ve been here, what does it take to play offensive line at Montana and live up to the mantra of DOLA (Dominant Offensive Line Attitude)?

After transferring from Oregon State, senior cornerback Omar Hicks Onu is taking his game to another level at Montana while overcoming adversity and providing leadership.