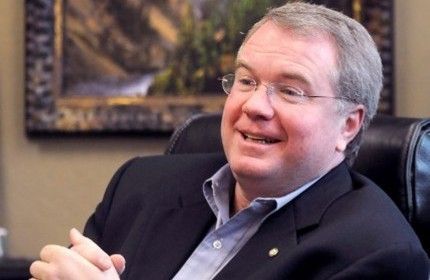 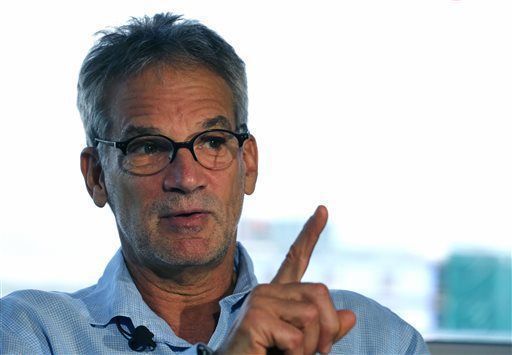 HELENA — The process Montana universities use to discipline students accused of sexual assault may not be the best system, but it’s the only tool the schools have, Commissioner of Higher Education Clayton Christian said Monday, addressing lawmakers during an interim committee hearing.

“The code of conduct was meant to expel students for cheating on a test, not where it’s went,” Christian said. “That’s a challenge and limitation of it. But we’ve got to have some process until we come up with a better one.”

The process continues to bring intense scrutiny to the university system as best-selling author Jon Krakauer has filed a lawsuit for the disciplinary records that dealt with rape and the expulsion of former University of Montana quarterback Jordan Johnson.

The records request is heading to the Montana Supreme Court for a decision after several rounds through lower courts. Christian said both federal and state law require student records to be kept private.

“I’m not resistant at all to handing over the documents,” Christian said. “I just felt compelled to make sure we have the answer right before we do this. We can’t unring the bell. I want to be overly cautious to make sure we make the right decision here.”

Christian said if the state Supreme Court tells his office to make the documents public, he’ll willingly do so.

“All we’re wasting is time,” Christian said. “That’s frustrating for some, but it keeps the genie in the bottle until we know what the answer is and what the most appropriate course of action is.”

Christian spoke Monday in front of the Montana Legislature’s Law and Justice Interim Committee. He said the university system, led by the University of Montana, has made core changes since a resolution of agreement between UM and the Department of Justice to address what the DOJ called “concerns regarding the university’s handling of sex-based harassment and its implementation of Title IX’s regulatory requirements.”

Each campus is now required to appoint a Title IX coordinator to increase awareness about sexual assault, promote available resources, train employees how how to handle and report sexual harassment and assist students in filing a report.

“They ultimately ensure each report is followed up with a prompt investigation through the system,” Christian said.

Sen. Mary Sheehy Moe, D-Great Falls, asked if the university system and the state had different definitions of rape and if that posed any problems.

“It’s different what the college defines as misconduct and what Montana or any other law defines as a crime," said Anne Much, who spoke earlier in the morning about a study the last Legislature commissioned study on sexual assault in Montana.

Universities are federally funded and governed by Title IX, said Munch, who is also technical adviser to Attorney General Tim Fox and worked with the Missoula police department for two years as part of the consent decree from the Department of Justice. Munch was hired as part of an agreement between the DOJ and the Montana Attorney General’s Office and the Missoula County Attorney’s Office. She was paid $150,000 to oversee prosecutions.

“Colleges and universities are obligated independently from any criminal justice system,” she said. “That’s the biggest button of conversation in the country right now. The bottom line is the systems need to learn how to play with each other as best they can.”

Munch said there’s a need for both systems, which have different burdens of proof and consequences.

“You can’t jail someone under Title IX,” she said.

“It’s very different from the criminal system,” Franz said. “On campus, our objective is to make sure everyone gets an education.”

Franz said more factors than just the act of assault need to be considered by schools.

“That’s the benefits of this process,” she said. “If somebody reports, we take it seriously, even without saying this happened.”

Christian said in almost all reported sexual assaults at UM, alcohol or drugs were involved. One of the training modules the university system has started using to increase awareness of sexual assault addresses drug and alcohol abuse.

Alcohol is involved in 70 percent of sexual assaults, Munch said.

About 40 states now allow schools to report drug and alcohol abuse by students ages 18 to 21 to parents. That part of a student's record is generally considered private, Christian said, similar to the records Krakauer is suing to gain access to.

Montana is not one of those states, but Christian said he expects someone to bring up the issue at the 2017 Legislature.