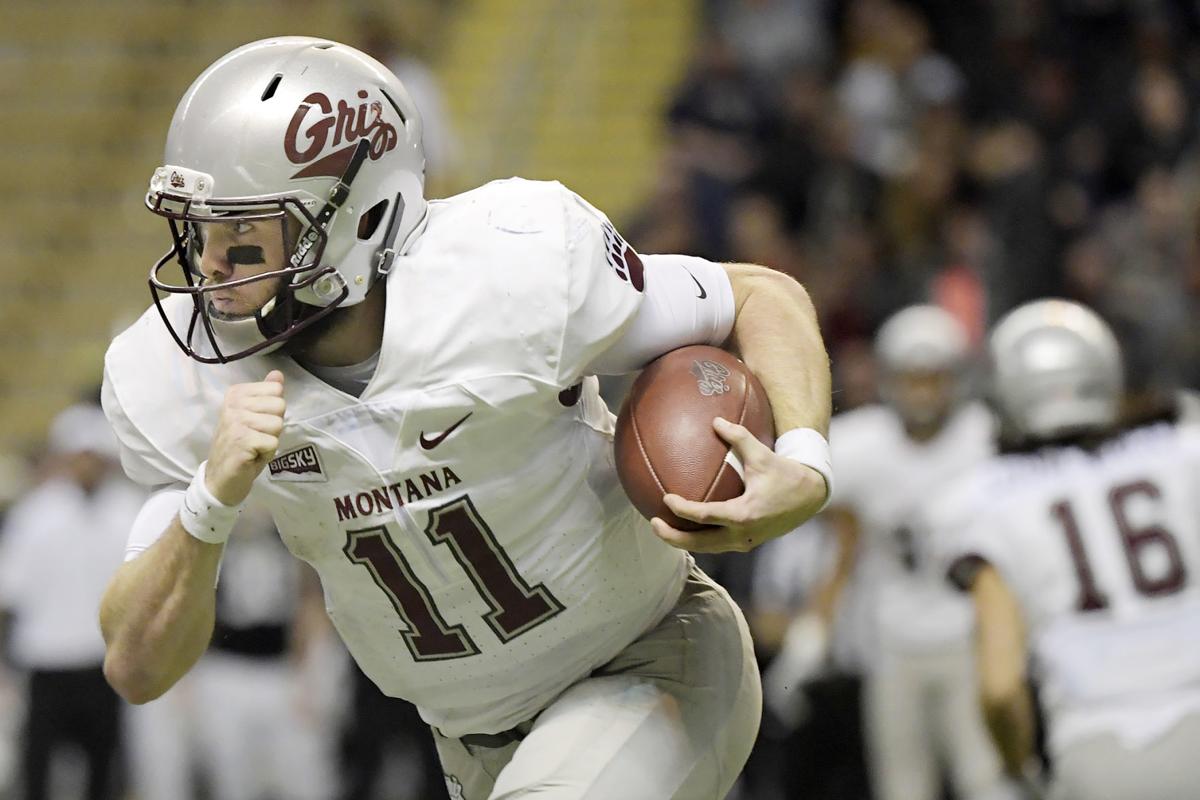 Montana quarterback Dalton Sneed runs with the ball during a win over Idaho in November. Sneed returns for his final season with the Griz after a winding journey that's taken him to three colleges. 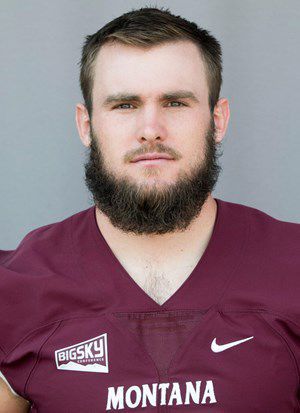 SPOKANE — When Montana quarterback Dalton Sneed takes the field for the Griz, he’s wearing his jersey, helmet and a host of other equipment.

As he’s gone on his journey to three different colleges, he also wears something unique to him. Something he can’t take off. And why would he want to take it off?

On Sneed’s left rib cage is a tattoo in remembrance of his great-grandfather, who he cites as a major influence in his life. The tattoo reads ‘Always By My Side’ and has the date he passed away, written as ‘10-29-13.’

“Every day when I’m getting dressed and look in the mirror, I see him and think about him, and it puts a smile on my face every morning,” Sneed said during the Big Sky Football Kickoff on Monday.

Don McKinney, Sneed’s great-grandfather on his mom’s side, was a staunch supporter of Sneed, especially during his football playing days. It was familial love that came despite McKinney never having played football at any level.

The bond between them was a constant, whether it was McKinney hyping up Sneed, sharing stories of his youth or sitting in the first row at Sneed’s high school football games in a wheelchair with an oxygen tank.

“He’d always make me feel like I was the greatest football player, greatest quarterback there ever was every time I walked in the room,” Sneed said. “Definitely instills the confidence in me that he’s still looking down on me, taking care of me every day.”

After McKinney died during Sneed’s junior year of high school, Sneed got the tattoo. It’s one of only two tattoos he has — the other being an infinity sign he and his sister both got — because it takes something special for him to dedicate himself to getting one.

McKinney, a World War II veteran, made that meaningful of an impact on Sneed’s life.

“He was definitely strict on me and made sure I was doing things the right way, in sort of that military aspect,” Sneed said. “But definitely, I don’t want to say father figure, but he was a great-grandfather figure that a little kid could look up to that he really taught me a lot of different things and how to instill a great work ethic and do things the right way.”

To Sneed, that applies both on and off the football field.

“He was a huge influence on my life and the man I am today,” Sneed said.

Sneed needed that work ethic in a college journey that's been full of twists and turns, featuring more moments that shaped him along the way.

Originally recruited to UNLV by Bobby Hauck, Sneed made a detour to Fort Scott Community College before coming to Montana ahead of the 2018 season.

“He really took me under his wing when I first came in as a redshirt at UNLV and was showing me the ropes, you know, how much different college is from high school and the things you got to do to mentally prepare yourself and physically prepare yourself,” Sneed said. “Kevin’s awesome on and off the field, and he was awesome to play with at UNLV.”

It was at the community college level that Sneed was forced into a fight for his football life as he tried to earn another opportunity with a Division I team.

“It’s really the turning point in an athlete’s career because it’s you make it or you don’t,” Sneed said. “That’s what was kind of challenging and the really honing aspect of going from one level to another that it really is your life depends on it, so you got to go out there and treat it as such. As much fun as football is, you got to treat it as a business because it’s really setting you up for the rest of your life.”

Before Sneed had to overcome that obstacle and prove himself again, Portland State coach Bruce Barnum had wanted to offer Sneed after he left UNLV, but Barnum never pulled the trigger.

“Dalton Sneed is a hell of a football player,” Barnum said on Monday. “I wanted him. We messed up by not taking him the year before. I think I would have had a shot at Dalton, but we didn’t take him the year before because of issues we had and scholarship needs. I still kick myself for that one. I would’ve loved to have that kid on my team.”

Sneed saw his journey come full circle last season when he was reunited with Hauck and Timm Rosenbach.

“It’s definitely been a bumpy road,” Sneed said. “There’s no question about that. Every choice I’ve made, every decision that has brought me to where I am now, I don’t regret any of it.

"I think it’s really shaped me as a man, as a player and definitely it’s a very humbling experience going from that level down to a junior college where obviously there’s not as many fans and you got to do things a lot differently where you got to really focus on your future.”

Sneed heads into his final season at Montana looking to end his winding career on a positive note.

He showcased his dual-threat ability last season to become the Big Sky Conference’s newcomer of the year, but Montana settled for a 6-5 record, a third consecutive loss to Montana State and a third straight season without a playoff appearance. It was a learning experience for him and others in a new system.

"We’ve been focusing on the negatives from last year and really honing in on our craft to get things taken care of, so it’s been a great offseason for us," Sneed said.

Big Sky Conference coaches were still impressed with the 6-foot-1, 207-pound Sneed, who's learned to take nothing for granted.

"Competitor," was the word that came to mind for Montana State coach Jeff Choate.

“He’s a ballplayer,” Choate said. “You can tell he’s a playmaker. When things break down, he can create outside the offense. Tough. Took some shots. You can just tell he wants the ball in his hand when the game’s on the line.”

Idaho coach Paul Petrino added: “He’s their best runner. He’s their best passer. He does it all for them. And is a super competitive kid. Tough kid. He’s a kid who plays football the way you want to see football played.”

For UC Davis coach Dan Hawkins, the word that came to mind to describe Sneed was “slippery.”

“You think you got him, but you don’t got him,” Hawkins said. “He’s very competitive. Guys that can move around always scare you. It’s never over till it’s over. And then sometimes not even then.”

This season presents a challenging schedule, but with more experience, depth and transfers who can possibly contribute immediately, the potential is there for Montana to return to the playoffs for the first time since 2015.

Sneed wants to end his career “on a win,” he said, doing so by putting the Griz in the best positions possible to win as many games as they can.

As for how Sneed wants to be remembered in his two-year run at Montana, the answer is simple.

“As a winner, through and through,” Sneed said. “I don’t want any personal satisfaction. I want to be known as a player for the 2019 Montana Griz that made a special year for our university and our football team.”

To do that, he could rely on advice he learned from his great-grandfather.

"Just being a great man on and off the field no matter what it was," Sneed said. "Taking every day and making it the best day possible."