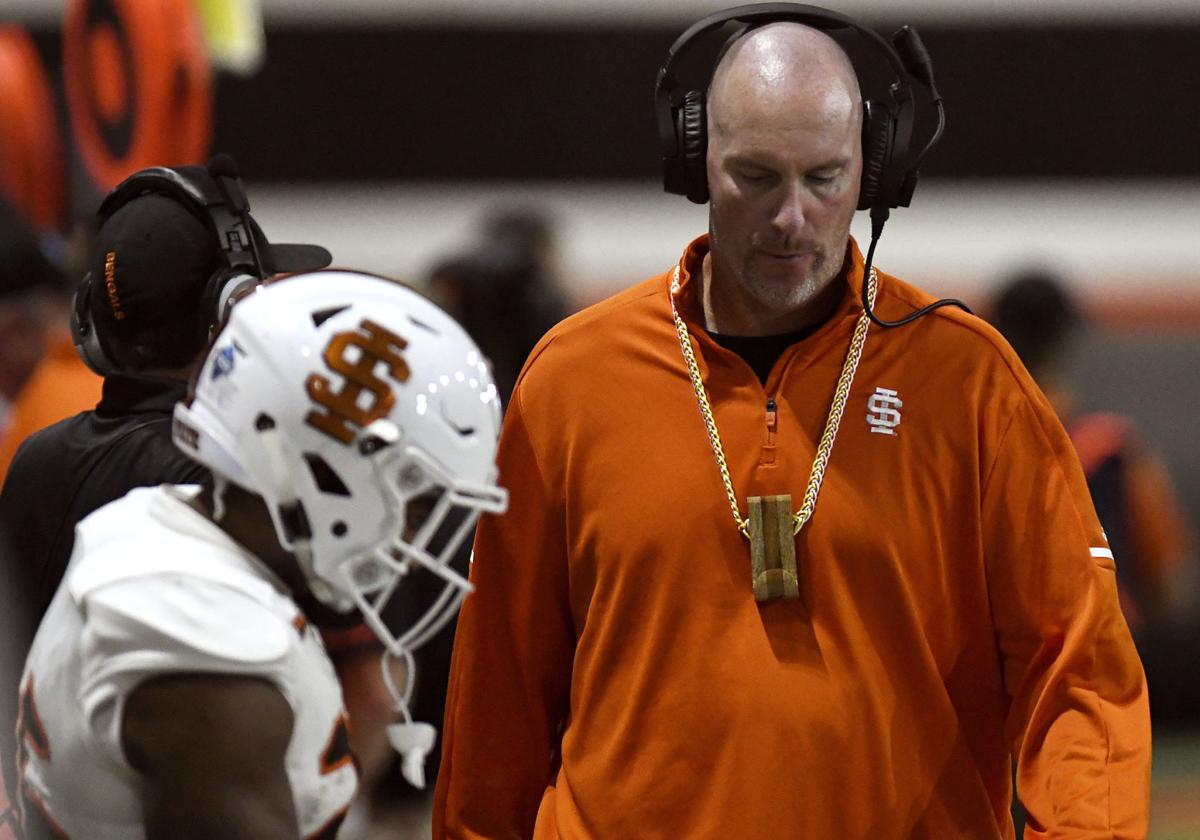 Idaho State head coach Rob Phenicie, a former Montana offensive coordinator, walks down the Bengals' sideline during the Grizzlies' game against ISU in 2017 in Pocatello, Idaho. 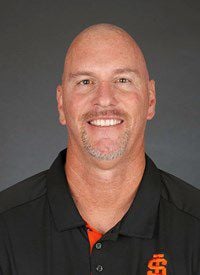 MISSOULA — Round one between Bobby Hauck and Rob Phenicie went to Hauck.

“I was always a spread, throw-the-ball-around guy and Bobby is a guy that likes physical type of play,” Phenicie told 406mtsports.com in a phone call on Thursday. “It was funny before the Washington-Wyoming game that year, we were talking and he goes, ‘Yeah, we’re going to see who’s going to win this thing now.’ They beat us 35-7.”

It was actually a 38-7 win as Hauck’s defense held Phenicie’s offense to 255 total yards while the 13th-ranked Huskies threw for 404 yards in the first meeting between the two coaches who met as graduate assistants at UCLA in 1991.

After that 2002 season, Hauck was hired by Montana and brought on Phenicie as his offensive coordinator to provide the aerial attack to complement the physical run game he wanted. They led the Griz to seven consecutive Big Sky Conference titles and three national title game appearances before spending the next five years together at UNLV.

Phenicie and Hauck will finally face each other again — this time both as head coaches — when Montana hosts Idaho State for homecoming at 1 p.m. Saturday in Washington-Grizzly Stadium. It’s the proverbial matchup between a student and a teacher, a little brother and a big brother.

Phenicie, who called Hauck when he was offered the head job at ISU in 2017, has modeled his program after Hauck’s “master plan” he introduced in their time in Missoula, saying he was “using the Bobby Hauck model” of toughness and attention to detail. It could be eerie when their teams look like mirror images going through pregame warmups.

After an initial year for Phenicie to start turning around the program, the Bengals went 6-5 last year to post their first winning season since 2014 and just their second since 2004. They come to Missoula at 2-2 overall and 1-0 in conference play.

“I was fortunate enough to be around that system, see how it worked for those seven and five more years,” Phenicie said. “I pretty much implemented that here. You see the dividends are paying off now.

“It’s a system that works. There’s 10 ways to do things in football. There’s probably someone else that would think, ‘Well, that’s crazy. Why are you doing it that way?’ But for us, it provides structure for the kids, structure for the team and gives everybody direction.”

The game will also be Phenicie’s first time on the visiting sideline at Washington-Grizzly Stadium as a head coach. He was the offensive coordinator when the Bengals last played in Missoula in 2016.

“It’s a tough environment to play in. It’ll be exciting. It’ll be good to see all those guys on the staff that I know. Once the game starts, you just focus on the football game.”

The game will also be a homecoming for Idaho State offensive coordinator and quarterbacks coach Mike Ferriter, safeties coach and assistant special teams coordinator JB Hall Jr., and director of strength and conditioning Dan Ryan. They all spent time playing and/or coaching for the Griz, and Montana’s familiarity with them prompted its own changes in practice this week.

Ferriter, a star wide receiver under Hauck and Phenicie at Montana, will be the one calling Idaho State’s plays in this meeting. Both teams boast a bevy of talented, diverse receivers, with Montana’s largely recruited by Ferriter when he coached under Bob Stitt.

“He knows me enough and knows my background and knows where we want to go with this thing and what direction the offense wants to go,” Phenicie said. “He’s very analytical and very calm. That’s one of the best things about him.”

In addition to all the crossover, Phenicie is pumped for the game because of the rivalry element between the charter members of the Big Sky Conference. The hockey fan in him compared it to an Original Six matchup.

“Hopefully it’s a good show and we get after each other, play good football,” Phenicie said. “This is old-timey Big Sky football. I love it, man. Here we go.”

No. 8 Montana vs. Idaho State

Series History: Montana leads the all-time series, 46-13, including 32-3 in Missoula and 17-0 in Washington-Grizzly Stadium.