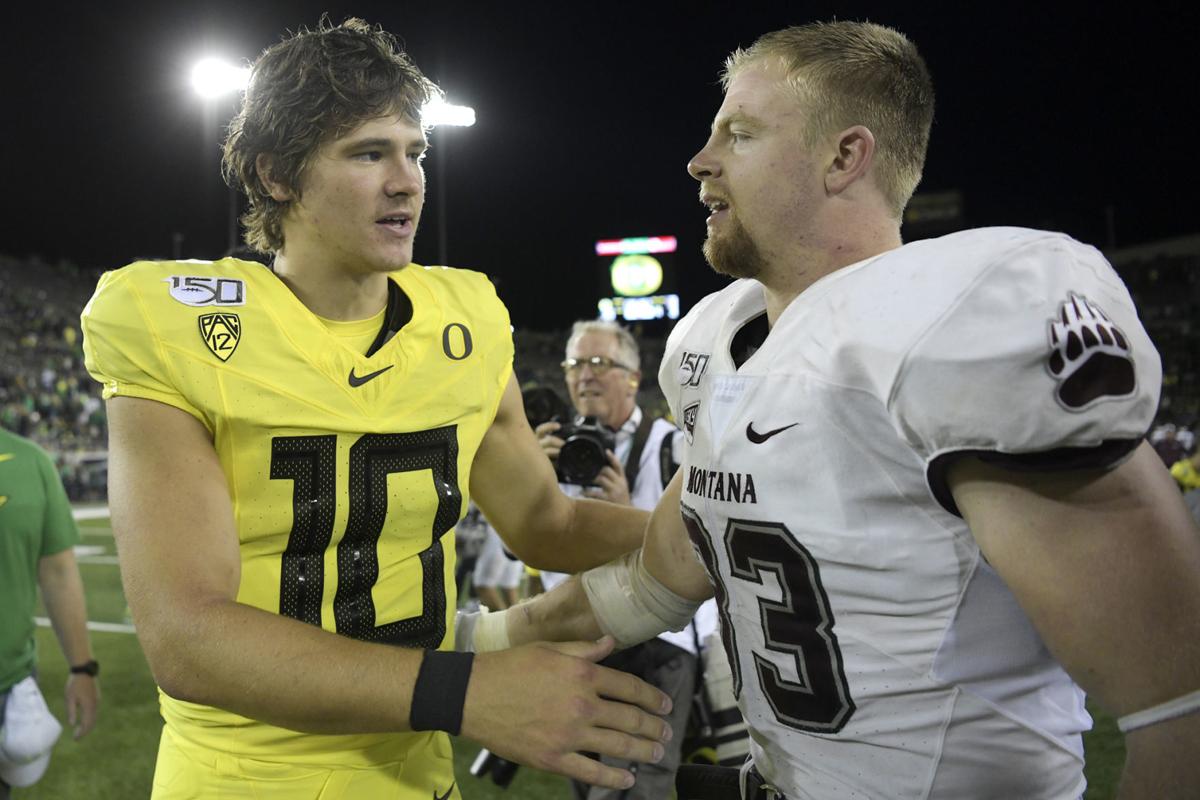 Oregon's Justin Herbert and Montana's Dante Olson greet each other after the game. 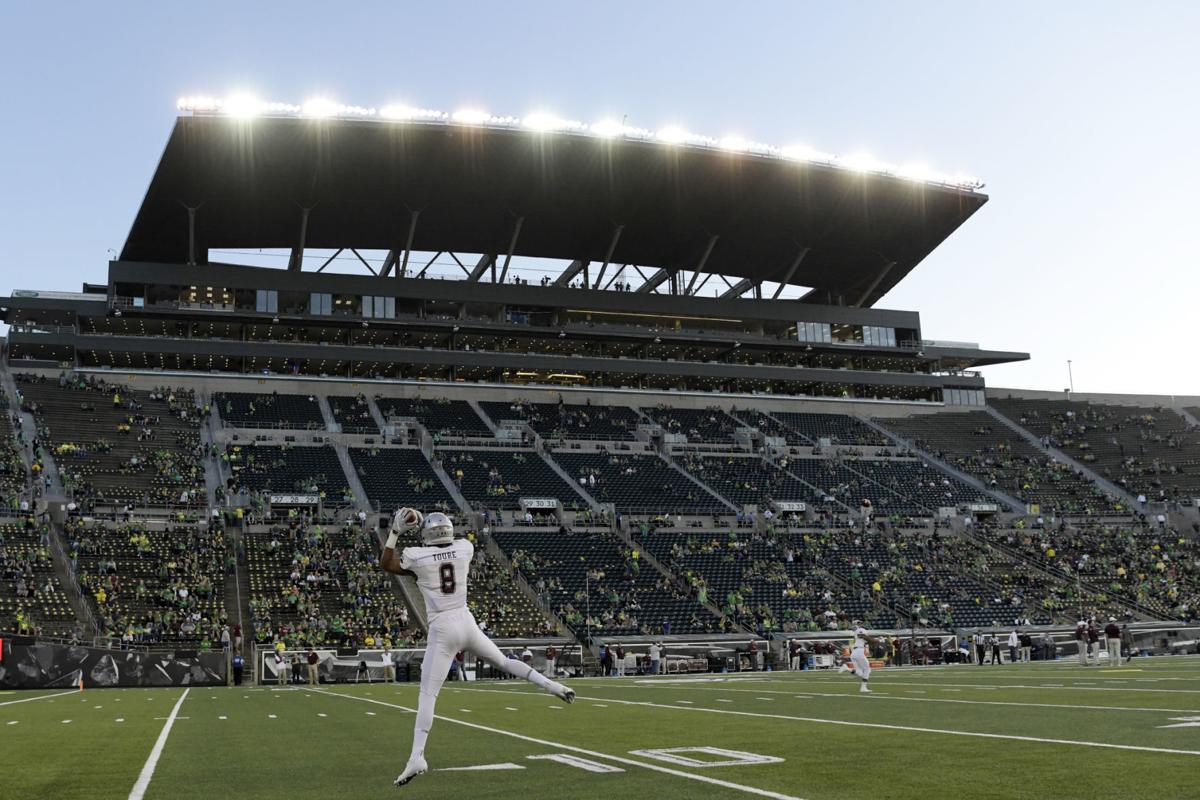 Oregon's Justin Herbert and Montana's Dante Olson greet each other after the game.

MISSOULA — Montana senior linebacker Dante Olson spoke during media days in July about the upcoming season and how he was excited for it to get started.

Asked which games he was looking forward to, the Medford, Oregon, native mentioned how he had to keep his focus on the first game but offered that he was excited to play in a Pac-12 stadium at Oregon in his final year.

“U of O will be cool because I’m from Oregon,” Olson said after being named the Big Sky Conference preseason defensive MVP earlier in the day. “Got to take it week by week, can’t look too far ahead.”

That week finally got here when the Griz played at Oregon on Saturday night. Olson is one of six Oregon natives on Montana’s roster, three of whom were listed on this week’s depth chart.

He finished with a game-high 14 tackles.

For Olson, it wasn’t his first time at Autzen Stadium in Eugene, Oregon.

“I grew up going to a couple games here and there,” Olson said in July. “The games are expensive, so it was tough for a family to afford it. But I actually played in Autzen Stadium when I was little playing Pop Warner, second or third grade. I scored a touchdown there. It was cool.”

While playing Pop Warner and other sports, Olson spent a lot of time with current Oregon junior safety Brady Breeze, a four-star prospect coming out of high school

“I grew up playing Pop Warner with him,” Olson said. “Played on his dad’s travel baseball team, basketball team. I know that family really well. Brady’s a good dude, a good player.”

Olson starred at Cascade Christian High School as a four-year letterwinner, three-year captain and two-time state defensive MVP. Since coming to Montana, he’s turned into a top defensive player in the FCS and finished third in voting for the Buck Buchanan Award last year.

“A lot of family will be there. A lot of friends,” Olson said over the summer. “I was joking earlier that it’s like a homecoming game for me because it’s two hours away from where I’m from.”

Junior wide receiver Samori Toure also had a chance to return close to his home of Portland, Oregon, and start in an FBS venue. He caught three passes for 26 yards.

Toure chose the Griz over offers from Air Force and Georgetown. Neither of the in-state Pac-12 schools came knocking despite him being “one of the most prolific receivers in the state the last two seasons,” according to a February 2016 article in The Oregonian.

“Obviously, it’s exciting,” Toure said earlier this week about playing at Oregon on Saturday. “But I get excited every time I go play, no matter where it is.

“But yeah, definitely going home, I guess you could say it’s a little extra something there just because I’m from there and I was kind of in their backyard and they overlooked me. So, I guess it’s a little something extra there. But really I’m just looking forward to going out there and balling out with my teammates.”

Hurlburt was the lone Oregon native who didn't play.

The game at Oregon was also a chance for some of Montana’s nine former FBS players to get a chance to showcase themselves on the level at which they were originally recruited.

Vinyard and Tolliver were the lone two former D-I players who didn't participate.

Senior nose tackle Jesse Sims was originally committed to Oregon State. The Stevensville native and Corvallis grad decommitted from the Beavers when head coach Mike Riley left, and he opted to come to Montana. He wears the No. 37 legacy jersey for the Griz.

Montana climbed in the polls to No. 20 before visiting the FBS Oregon Ducks at Autzen Stadium in Eugene, Oregon. Here's what you may have missed.

EUGENE, Ore. — Montana sophomore Michael McGinnis could’ve given up with the game out of reach.