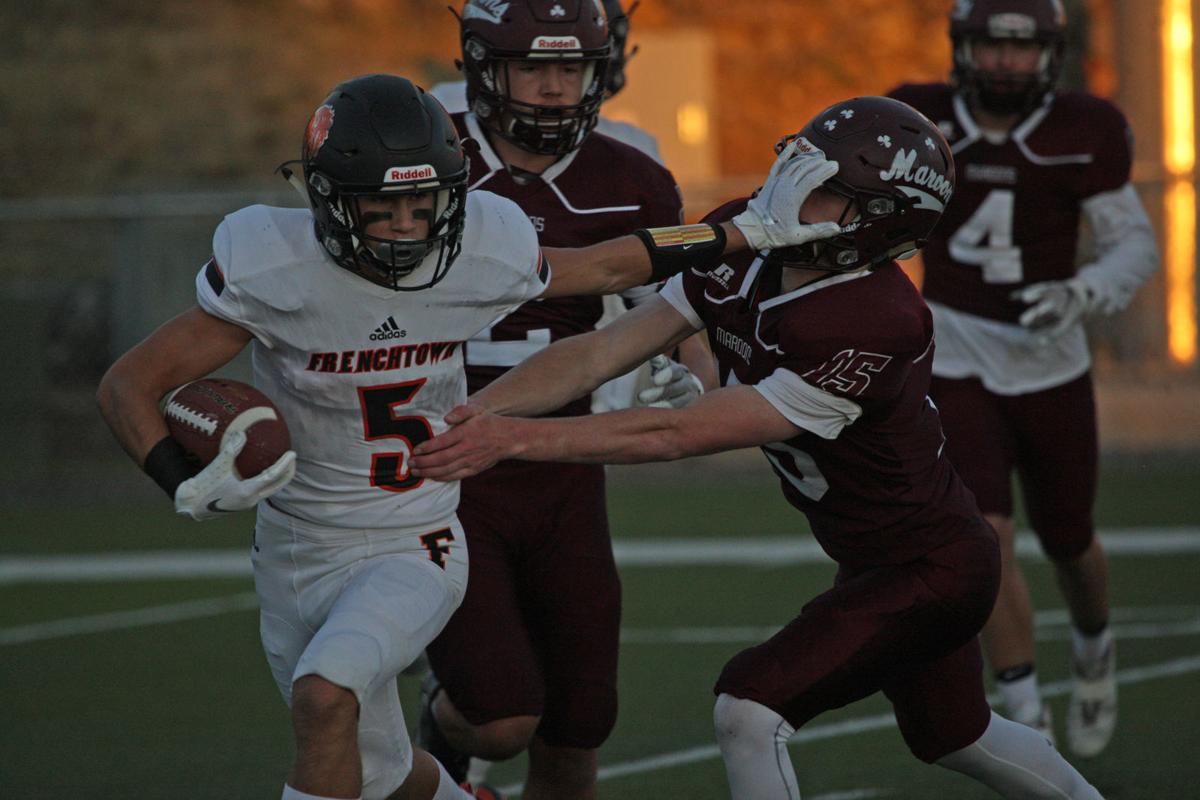 Then-Frenchtown Bronc Jace Klucewich stiff arms Butte Central's Cade Holter during a 2018 game. Klucewich, who will be transferring to Missoula Sentinel for his senior year, committed to Montana on Tuesday, becoming the Grizzlies' first known commit in the class of 2021. 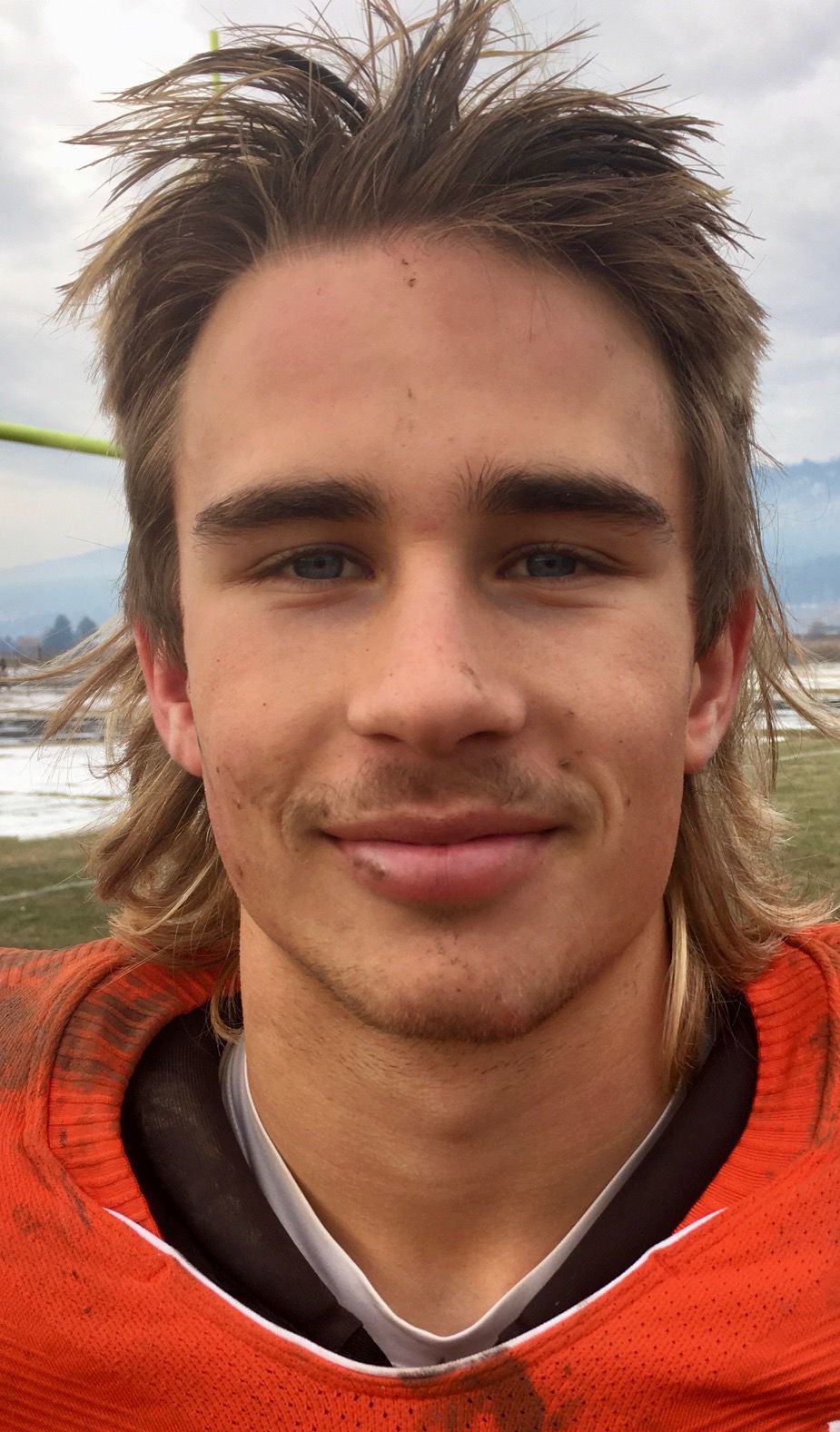 Then-Frenchtown Bronc Jace Klucewich stiff arms Butte Central's Cade Holter during a 2018 game. Klucewich, who will be transferring to Missoula Sentinel for his senior year, committed to Montana on Tuesday, becoming the Grizzlies' first known commit in the class of 2021.

MISSOULA — Montana didn’t have to go far to get its first known football commit in the class of 2021, landing Missoula Sentinel senior-to-be Jace Klucewich.

Klucewich, rated as a 3-star athlete by 247Sports, announced his commitment to the Griz on Tuesday morning with a simple message on Twitter: “Excited to announce my commitment! @FBCoachShann and @Coach_Hauck.”

The 5-foot-11, 175-pound Klucewich is a two-way standout who spent the past three seasons at Class A Frenchtown, earning all-state honors as a safety, wide receiver and kick returner/punt returner as a junior. He scored 28 total touchdowns this past fall, catching 20 passes for 560 yards and carrying the ball 127 times for 862 yards. He also had a touchdown score on a punt return, kick return and interception return.

Klucewich has a self-reported 40-yard dash time of 4.48 seconds. That speed has shown through as well on the track, where he placed fourth in the State A 200-meter dash and third in the long jump as a freshman. He was also on the 1,600-meter relay team that placed fourth his sophomore season.

Klucewich, one of the Treasure State’s gems in this year’s recruiting cycle, was the first known player in the 2021 class to be offered by UM, getting a full-ride scholarship on Dec. 19. He was soon after given a full-ride offer from Montana State, which already has six known commits in the 2021 class.

Northern Arizona and FBS Air Force also extended offers to Klucewich. FBS schools Notre Dame and Marshall even invited him to go to their football camps after his sophomore season.

Klucewich will be following in the footsteps of his father, Josh, who was a defensive back for the Grizzlies in the 1980s. He also had an uncle who played for Montana.

Here are the commitments to the Grizzlies recruiting class for 2021 so far.