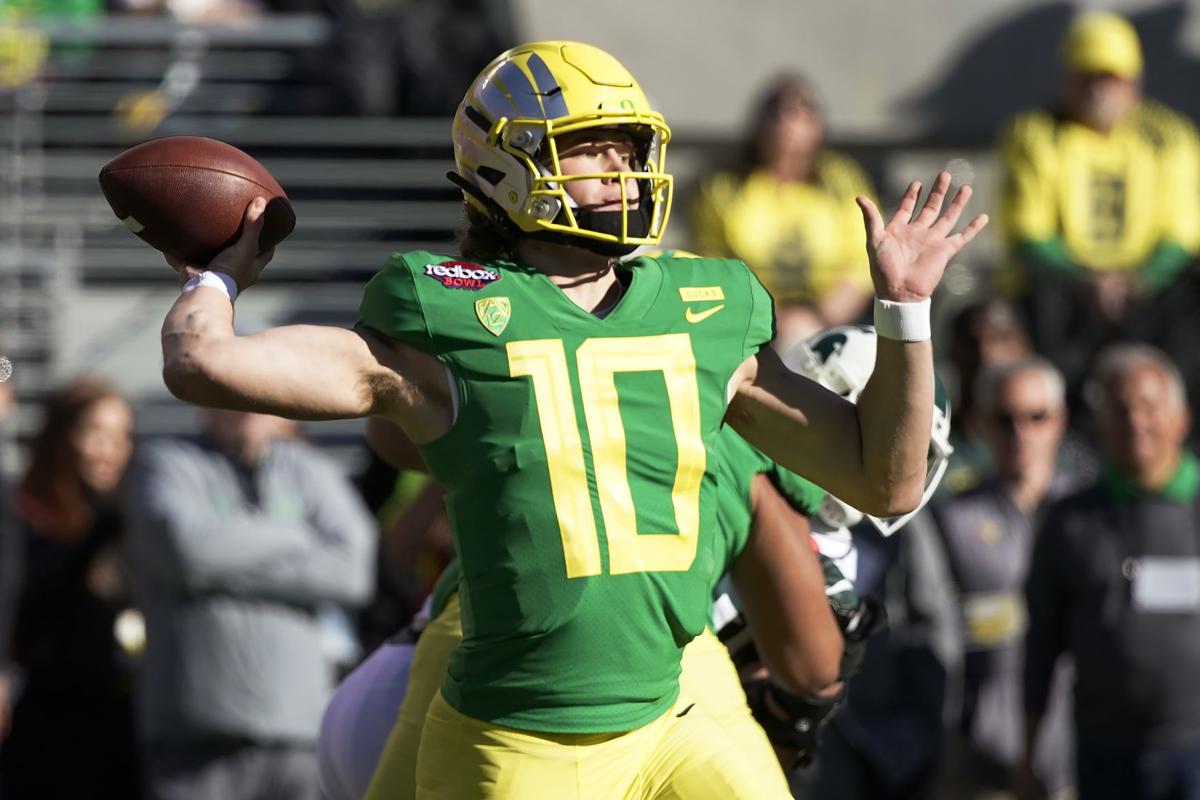 Oregon quarterback Justin Herbert throws a pass during the first half of the Redbox Bowl on Dec. 31, 2018, in Santa Clara, Calif. 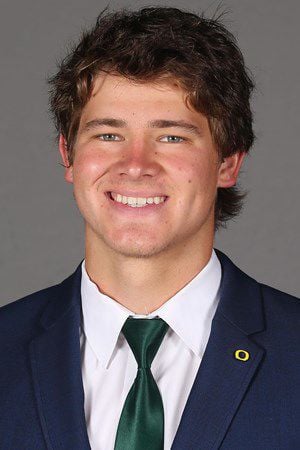 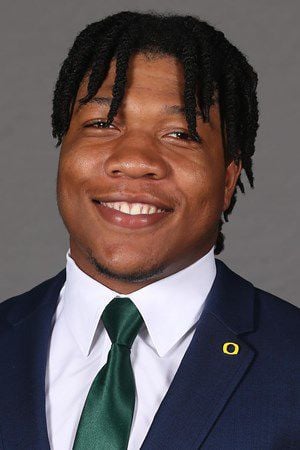 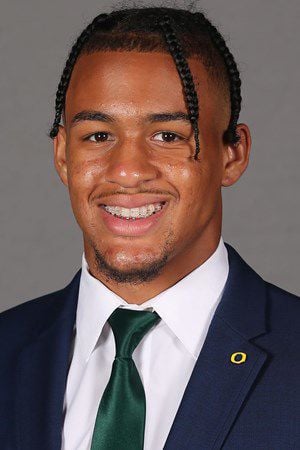 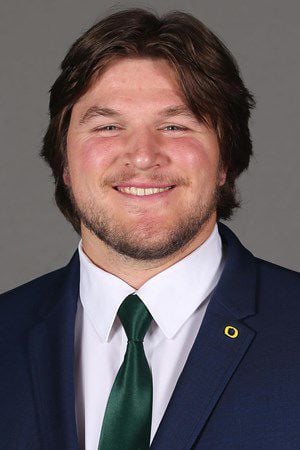 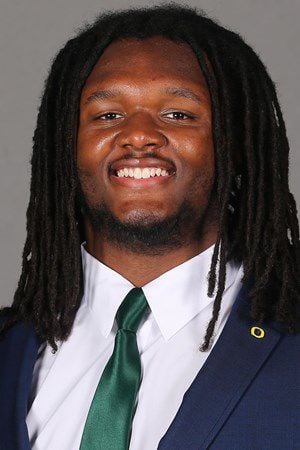 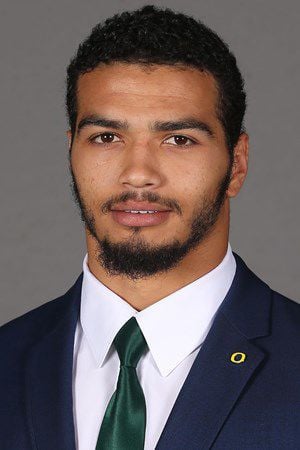 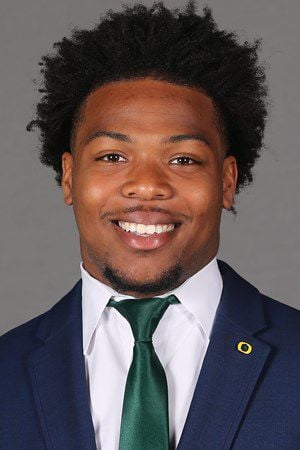 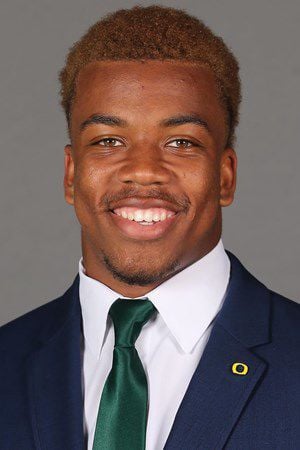 MISSOULA — Montana hits the road to face FBS No. 15 Oregon at 8:45 p.m. MT Saturday at Autzen Stadium in Eugene, Oregon.

Here are key Ducks players to keep an eye on during the game, which will be televised on the Pac-12 Network.

The 6-foot-6, 237-pound senior from Eugene, Oregon, is a Heisman Trophy candidate and was considered to be a top pick in the NFL draft before he opted to return. Herbert has thrown a touchdown pass in 30 straight games, the longest streak in the country. He’s on a stretch of 108 passes without an interception, the second longest of his career. With Herbert directing the offense, Oregon has averaged 39 points per game over his 30 career starts. At Oregon, he’s completed 63.3% of his passes for 7,622 yards with 69 touchdowns and 17 interceptions.

The 5-foot-9, 210-pound sophomore running back from Chula Vista, California, was the lone Power Five player in 2018 to tally 1,000 rushing yards and 300 receiving yards. Verdell is coming off a freshman season in which he ran for 1,018 yards and 10 touchdowns, both marks that ranked first on the Ducks and seventh in the Pac-12. He was only of only eight freshmen in the FBS who ran for over 1,000 yards in 2018. This season, Verdell has carried the ball 25 times for 136 yards with two touchdowns, an average of 5.4 yards per carry and 68 yards per game.

The 6-foot, 199-pound junior receiver from Chandler, Arizona, has been a top receiver for the Ducks this season. Johnson leads the team with 147 receiving yards and is tied for tops on the team with 11 receptions. Five of his 11 catches this year have resulted in a first down. Johnson’s seven catches and 98 yards against Auburn were both career highs. Junior wideout Jaylon Redd is the leading returner for catches, receiving yards and receiving touchdowns. Senior tight end Jacob Breeland had his first career 100-yard receiving game last week and has made 23 starts.

The 6-foot-5, 309-pound senior right tackle from Bellevue, Washington, is coming off a year in which Pro Football Focus rated him as the No. 1 O-lineman in the Pac-12 and the No. 7 tackle in the nation. Throckmorton is part of an O-line that has combined for 163 career starts, tops in the FBS. Sophomore left tackle Penei Sewell and senior left guard Shane Lemieux were graded as the No. 2 and 3 linemen in the Pac-12 and Lemieux was the No. 3 guard in the nation. Lemieux and Throckmorton are two of eight FBS O-linemen who started 40 or more games in a row.

The 6-foot-1, 322-pound junior tackle from Largo, Florida, is coming off a season in which Pro Football Focus graded him as a top-10 lineman. Scott was named to the All-Pac-12 second team in 2018 and has started 26 straight games. Playing at nose tackle, he came up with four tackles and 1.5 tackles for loss against Auburn in a showdown of FBS Top 25 teams. Scott is joined on the line by junior tackle Austin Faoliu, graded as the No. 13 lineman in the FBS, and by senior end Gus Cumberlander. Freshman end Kayvon Thibodeaux was ESPN’s top-ranked 2019 recruit.

The 6-foot-4, 226-pound senior weakside linebacker from Norco, California, has 332 career tackles, the most among active Power Five players. Dye is one of three players in team history to lead Oregon in tackles in three seasons. Having made 35 consecutive starts, he’s posted double-digit tackles in 18 games and has paced the team in tackles 20 times in his 39 career games. With 19 tackles this season, Dye ranks second in the country for tackles per game and has added two tackles for loss and two quarterback hurries. He had 15 tackles against Auburn.

The 5-foot-11, 197-pound junior cornerback from Rancho Cucamonga, California, is the most experienced player in the secondary, having started in 27 straight games. Graham is coming off a strong close to 2018 in which he had three interceptions and 12 pass breakups in the final six games. He finished the year second in the Pac-12 and tied for third in the country with 18 pass breakups. Graham started off this season with an interception, a pass breakup and four tackles against Auburn. Fellow defensive back Jevon Holland led the team with five picks last season.

The 6-foot-1, 196-pound sophomore safety from Pleasanton, California, has been the Ducks’ go-to punt returner and one of the top ones in the nation. Holland leads the FBS in punt return yards (139), yards per return (34.8), punt return yards per game (69.5) and returns of 20-plus yards. He averaged 43.7 yards per punt return against Auburn. In the kicking game, Camden Lewis has made all seven extra points but has missed his lone field goal attempt, from 20 yards. Punter Blake Maimone has averaged 48.4 yards on eight punts, with five of 50-plus yards.

MISSOULA — Montana will play its lone game against an FBS opponent when it takes on No. 15 Oregon at 8:45 p.m. MT Saturday at Autzen Stadium i…