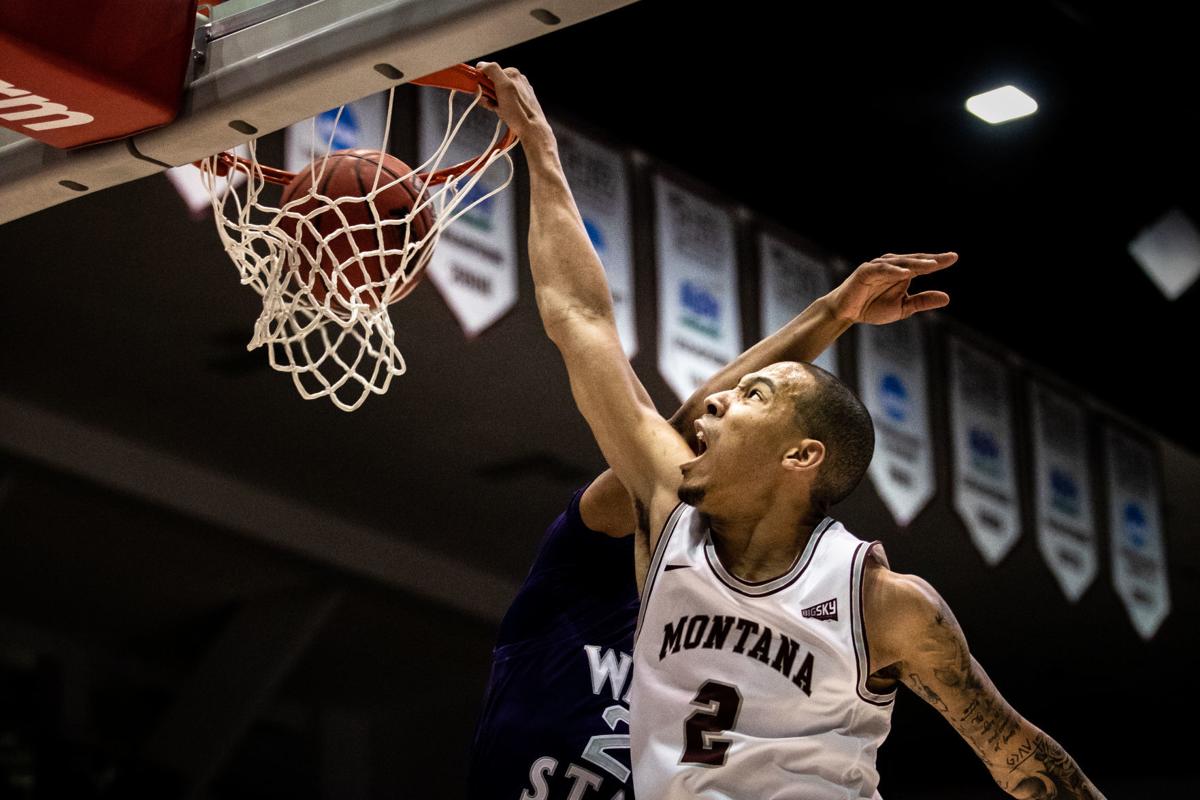 Montana senior guard Kendal Manuel dunks on a Weber State opponent after a fastbreak in the first half of the Grizzlies' 72-37 victory over the Wildcats on Thrursday night. The dunk marked Manuel's 1,000th point for his career with both Oregon State and the Griz. 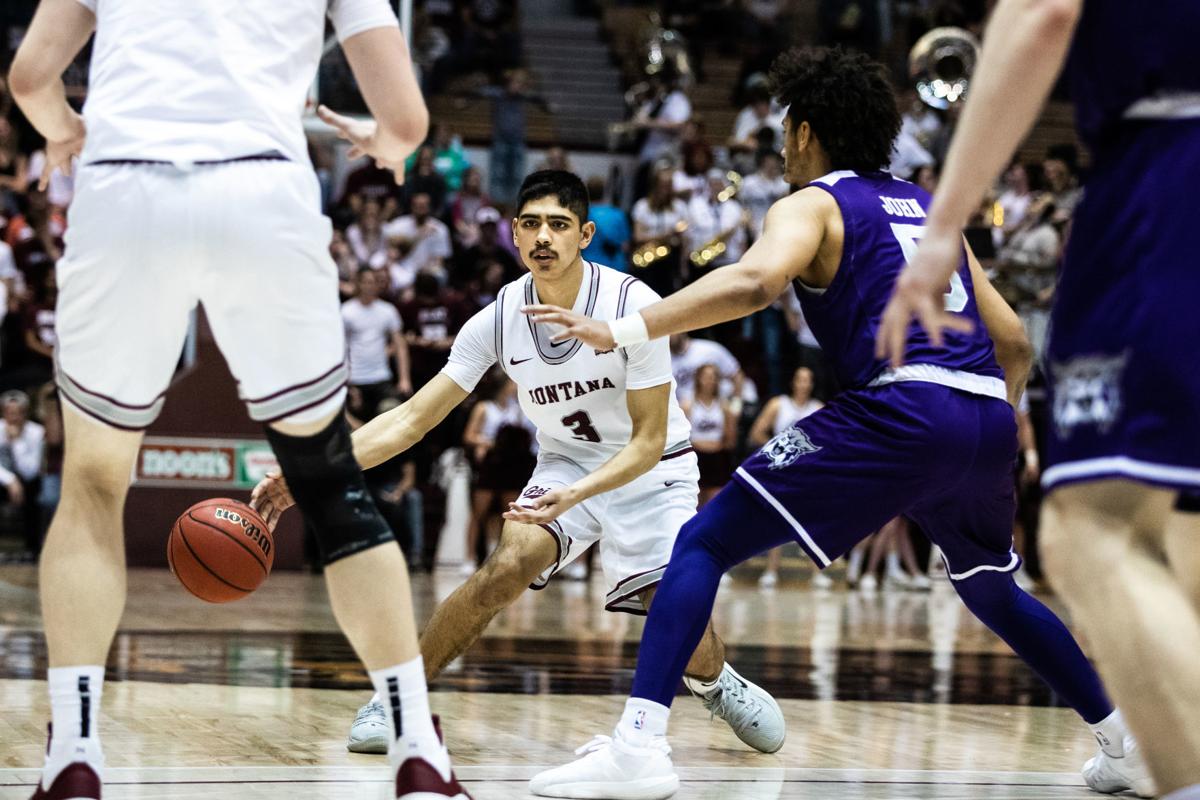 Montana freshman guard Josh Vazquez lines up a pass to senior forward Jared Samuelson during the second half of the game. The Griz defense held the Wildcats to only 16 points in the second half.

Montana senior guard Kendal Manuel dunks on a Weber State opponent after a fastbreak in the first half of the Grizzlies' 72-37 victory over the Wildcats on Thrursday night. The dunk marked Manuel's 1,000th point for his career with both Oregon State and the Griz.

Montana freshman guard Josh Vazquez lines up a pass to senior forward Jared Samuelson during the second half of the game. The Griz defense held the Wildcats to only 16 points in the second half.

It took the Weber State men's basketball team 31 minutes to come up with 31 points on Thursday night as a stingy Montana defense hassled the visiting Wildcats throughout the game in a dominating defensive victory.

Grizzly head coach Travis DeCuire has been adamant over the past several weeks that he wanted to see improvement on the defensive end. In a 72-37 win over Weber State in front of 3,730 fans dressed for a whiteout at Dahlberg Arena, DeCuire got his wish and the the Grizzlies pitched what felt like a shutout.

“This game and Eastern Washington are the only two games where we’ve held a team under 40% and shot over 50,” DeCuire said. “Playing on both sides of the ball has been an issue for us and it’s important to find that balance if we’re going to continue to win here down the stretch.”

It was the fewest points allowed by Montana in any game since a 75-33 win over Idaho in November of 2010. It was the fewest number of points the Grizzlies have allowed in a Big Sky contest since 1976, when Idaho State beat Montana 25-23.

Montana certainly played well on both offense and defense, though the Griz were helped by the fact star Weber State guard Jerrick Harding did not play. Harding, the leading scorer in Weber history, has dealt with a broken foot, a severe ankle sprain and severe shin splints this season.

Wildcat head coach Randy Rahe said Harding has missed time due to injury and there appears to be no specific timetable for his return.

An early 11-0 run gave Montana all the momentum and space it needed. After Weber State took an 11-10 lead with just under 13 minutes left in the first half, the Grizzlies responded with a score from Kendal Manuel and a triple from Timmy Falls.

Manuel capped off the 11-0 burst with a dunk, which gave him 1,000 points in his career between Oregon State and Montana.

It caused Rahe to take a timeout and left the Wildcats clearly rattled.

“It’s special, especially knowing the rivalry and all the history … and it being my 1,000th point, it’s something I’ll never forget,” Manuel said when asked about his dunk. “I’m very grateful to be here.”

The Wildcats used a 5-0 run to cut the lead to eight, but that was the closest Weber State would get the rest of the way. Pridgett scored several times late in the first half to help stretch the lead out and Montana led 38-21 at the break.

It was more of the same for the Grizzlies in the second half, as Manuel and Pridgett picked up right where they left off in the first. In fact, Manuel, Pridgett and Falls combined for all of Montana’s scoring in the first half and the trio finished with 56 total points.

No fouls were called for nearly the first seven minutes of the game and just 27 were called, combined, in the game.

It allowed the Grizzlies to find their rhythm and move to 15-10 (11-3 Big Sky) on the season and remain atop the conference. Weber State dropped to 10-15 and 6-8 in league matchups.

“The biggest thing, I think, is that we were all focused on defense,” DeCuire said. “We knew we were being challenged defensively to be better than we have been the last two weeks and when you’re focused on defense, offense tends to take care of itself.”

The Montana Lady Griz scored an easy win over Weber State before heading into a tough matchup Saturday at Idaho State.