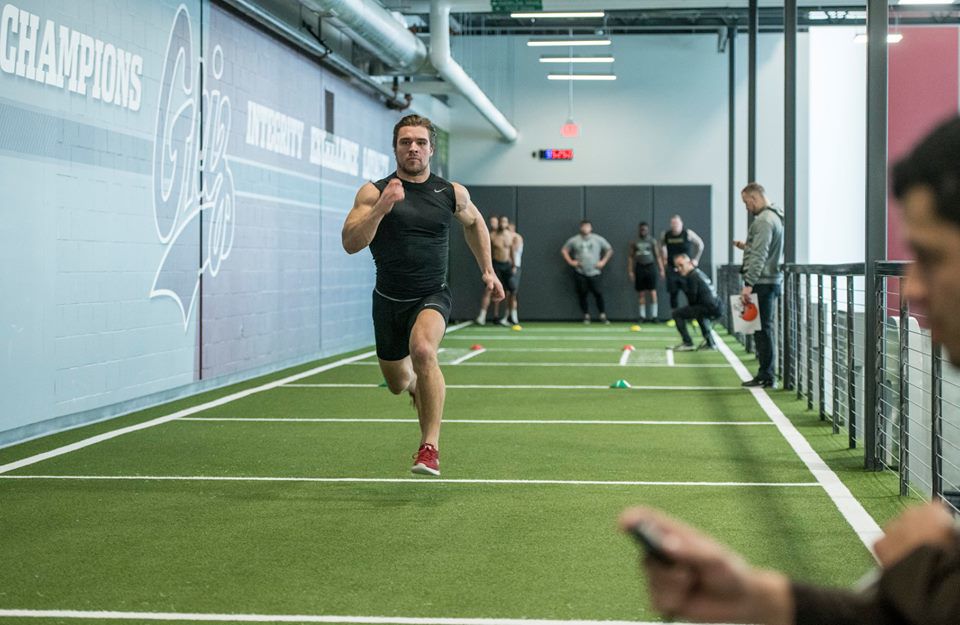 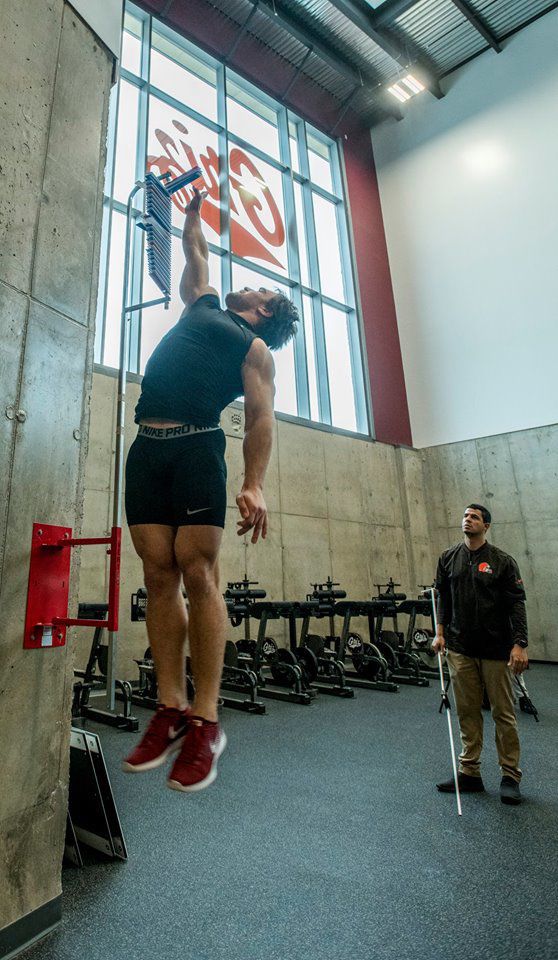 MISSOULA — It wasn’t a huge surprise that former Montana safety Reid Miller made the impact he did in his one year with the Griz after having playing experience in the SEC at Arkansas.

The grad transfer who’s working on his MBA continued to show his abilities and help his NFL Draft stock on Tuesday during Montana’s Pro Day in the Champions Center.

The numbers Miller put up with his performance highlighted the day in which four former Grizzlies and three NAIA players from across the state worked out in front of scouts from the Seattle Seahawks, Oakland Raiders, Cleveland Browns and Jacksonville Jaguars.

“You just want to come in and try to do your best,” Miller said in a video interview shared on Twitter by the Montana football team. “I think I put up good enough numbers to make an impression.”

Miller’s 25 bench reps would’ve been the most of the 21 safeties at the NFL Combine who did the drill. His 40-inch vertical jump would’ve been the third best out of the 24 participants in his position group. And his 11.41-second 60-yard shuttle would’ve placed him second out of six.

“It felt good,” Miller said in the video. “The six weeks of training definitely helped with (Montana strength and conditioning) coach (Matt) Nicholson. Put up some OK numbers, and it is what it is.”

Miller, who checked in at 5-foot-8 and 203 pounds, spoke with Seattle, Oakland and Cleveland during the Pro Day. He also took the Wonderlic Test, a 12-minute, 50-question test designed to measure intelligence.

“I thought that if he’s going to get a chance that he definitely helped himself today,” Montana head coach Bobby Hauck told 406mtsports.com. “Certainly, all those teams make their decision on their different criteria. The testing actually has some validity for them. They try to quantify it a little bit. Guys that test well tend to get looked at a little harder. But it ultimately comes down to game film.”

Miller played in 11 games and made eight starts at Montana. His 68 total tackles ranked fourth on the team. He added two interceptions and two fumble recoveries.

In three years at Arkansas, Miller played in 37 games, mostly on special teams. He totaled 20 tackles and recovered a fumble.

Hauck said that special teams play could be huge for Miller in trying to land with a team: “That’s going to be his niche if he finds his way into camp. He’s got to play well in the kicking game.”

Former punter Eric Williams, a Loyola grad, was pleased with the 20 bench reps he put up. That’s the third-highest total by a punter at the NFL Combine since 2009, per Pro Football Reference, but only nine punters have done the bench press there in those 11 years.

“Hopefully when you come into the weight room and you test a little bit you want to show (the scouts) that you’re a weight room guy, you’re a team guy, you’re going to work hard and that you’re a good athlete and you’re not going to be a soccer player — they don’t want to see that,” Williams said in a video shared on Twitter. “Hopefully I showed enough of that today that they know I’m an athlete who’s going to work hard. That was the goal.”

Former wide receiver Keenan Curran ran a 4.69 40-yard dash, had a 34.5-inch vertical jump, a 120-inch broad jump and did 11 reps on the bench press. He has a workout with Seattle in April, he said in a video shared on Twitter.

Former tight end/quarterback Caleb Hill ran a 4.99 40-yard dash and had a vertical jump of 27 inches. He didn’t do the bench press.

Rocky Mountain College defensive lineman JoJo Bones put up 28 reps on the bench press, which would’ve tied for ninth among defensive linemen at the NFL Combine.

The Griz had their second spring practice on Tuesday, going with a non-padded, helmets-only practice for the second time.

Senior cornerback Justin Calhoun picked off quarterback Dalton Sneed during a 7-on-7 drill.

Junior linebacker Jace Lewis recovered a fumble by running back Adam Eastwood during an 11-on-11 scrimmage. It wasn’t clear who forced the fumble.

Hauck, who speaks before practice, said on Tuesday that the first spring practice on Monday was “solid.”

“A day of non-padded work in the spring, it was probably about as good as it’s going to get in the scenario,” Hauck said.

Sophomore Tanner Wilson, now listed as a quarterback/linebacker instead of just a quarterback, has officially had his jersey number changed from 13 to 8.

Redshirt freshman Jace Schneider has been changed from a linebacker to a safety on the roster and has had his jersey number changed from 92 to 18.

Freshman Cole Grossman, who grayshirted in the fall, is now listed as a linebacker instead of a tight end.

MISSOULA — Former Montana football player Caleb Hill was going to give the NFL a shot, but as his struggling senior season wound down, he thou…