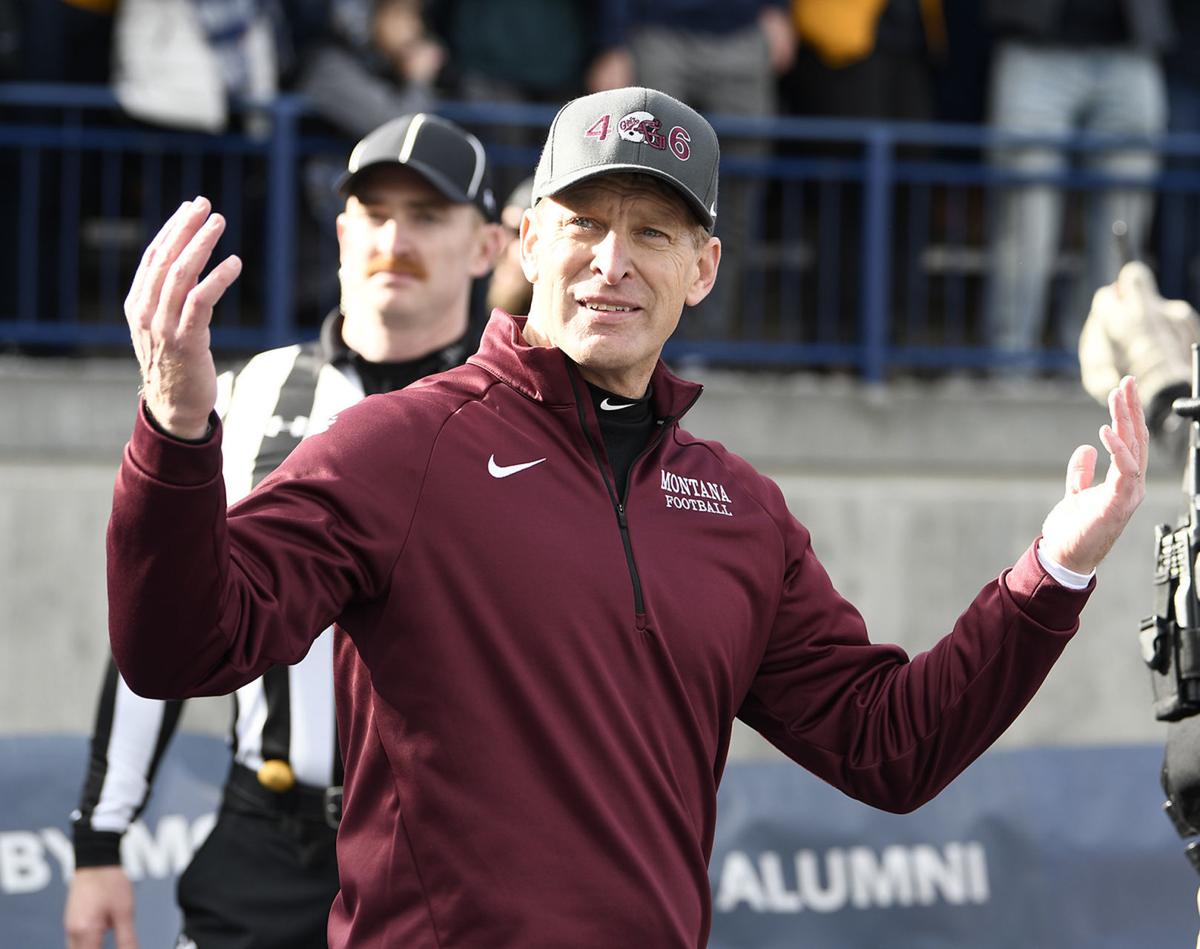 Montana football coach Bobby Hauck gestures to Bobcat fans as the Grizzlies take the field before the game at Montana State last season.

MISSOULA — Playoff football is coming back to Missoula for the first time since 2015 — it’ll just be an extra week before it does.

Montana is the No. 6 seed in the FCS playoff bracket revealed by the selection committee on Sunday morning. That means the Griz earned a bye into the second round of the postseason and will be off this weekend during the opening round of the 24-team tournament.

Montana finished the regular season with a record of 9-3 overall and 6-2 in the Big Sky, good for a third-place tie with Montana State and Eastern Washington in the 13-team league.

“It’s nice to be seeded sixth,” Montana coach Bobby Hauck said. “I’m not sure, you know, when I took the job that I thought we’d be in that position this soon. So, I’m excited about it. We’ve had a great year, a great season. I’m glad for our team.”

The Griz will be hosting the winner of Southeastern Louisiana and Villanova at 1 p.m. MT Dec. 7 at Washington-Grizzly Stadium, with the game streamed nationwide on ESPN3. Tickets went on sale Sunday, starting at $35; information can be found at GoGriz.com/FCS.

Coincidentally, Hauck’s last game at Montana during his first stint as coach was a loss to Villanova in the 2009 national title game.

Hauck has now led Montana to the playoffs in eight of his nine years coaching the Griz going back to his previous stint, when the team went all seven seasons from 2003-09. Hauck’s teams are 11-7 in the postseason, losing in the national title game in each of their three trips.

This will be Montana’s 24th all-time appearance in the FCS/I-AA playoffs since 1982, the most among FCS teams. The Griz are 32-21 in 53 postseason games, playing in the championship game seven times and winning titles in 1995 and 2001.

“It feels good,” Hauck said of bringing playoff football back to Montana. “It’s like I said, it’s not anything unexpected. We’ll be excited to play.”

Montana is one of four Big Sky teams to earn a seed, and all of them landed in the top six: No. 3 Weber State, No. 4 Sacramento State and No. 5 Montana State. The four national seeds by one conference is an FCS record.

Montana’s game on Dec. 7 could be its lone home playoff game in its return to the postseason. If the Griz win, they’d go on the road to face Weber State in the quarterfinals, as the long as the Wildcats win their second-round game.

If Montana wins that game, it'd most likely play at No. 2 James Madison in the semifinals. The national title game is in Frisco, Texas, on Jan. 11.

BOZEMAN — A day after its 48-14 shellacking of archrival Montana, Montana State learned its playoff positioning Sunday morning with the releas…