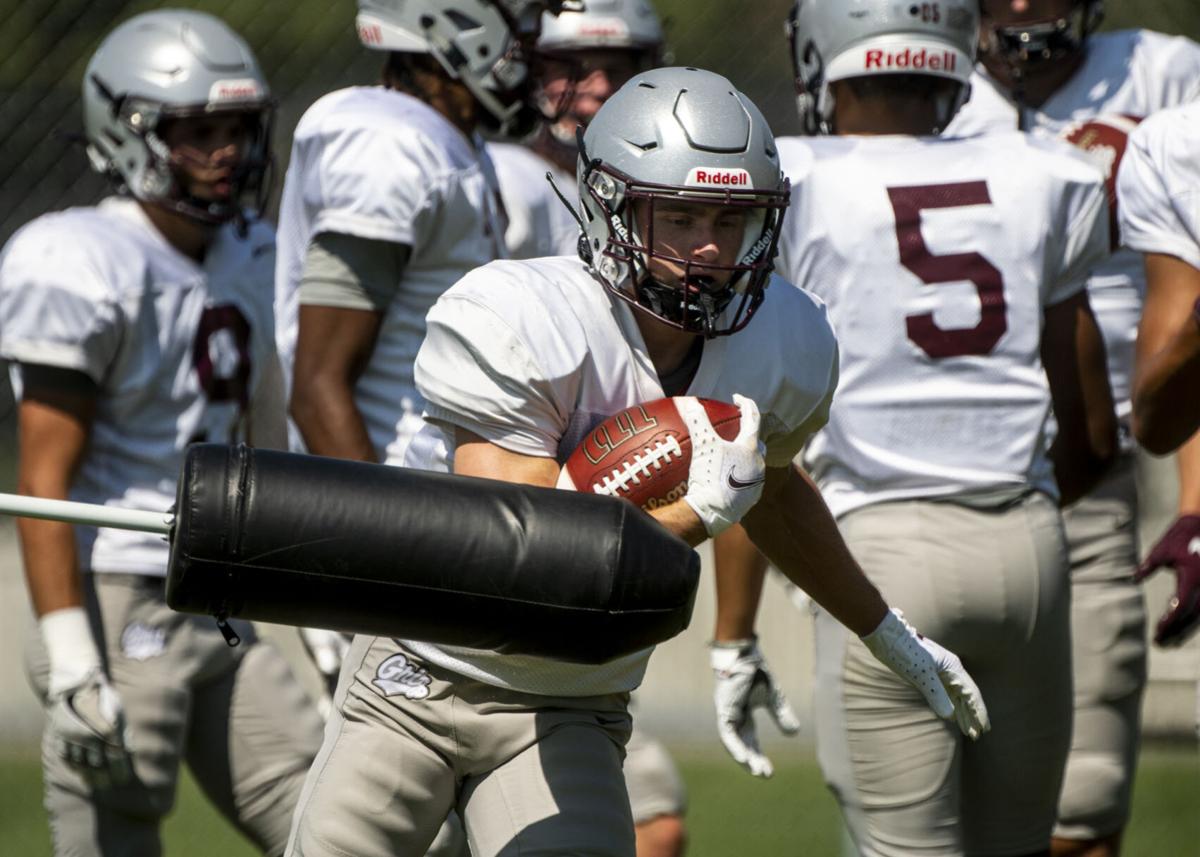 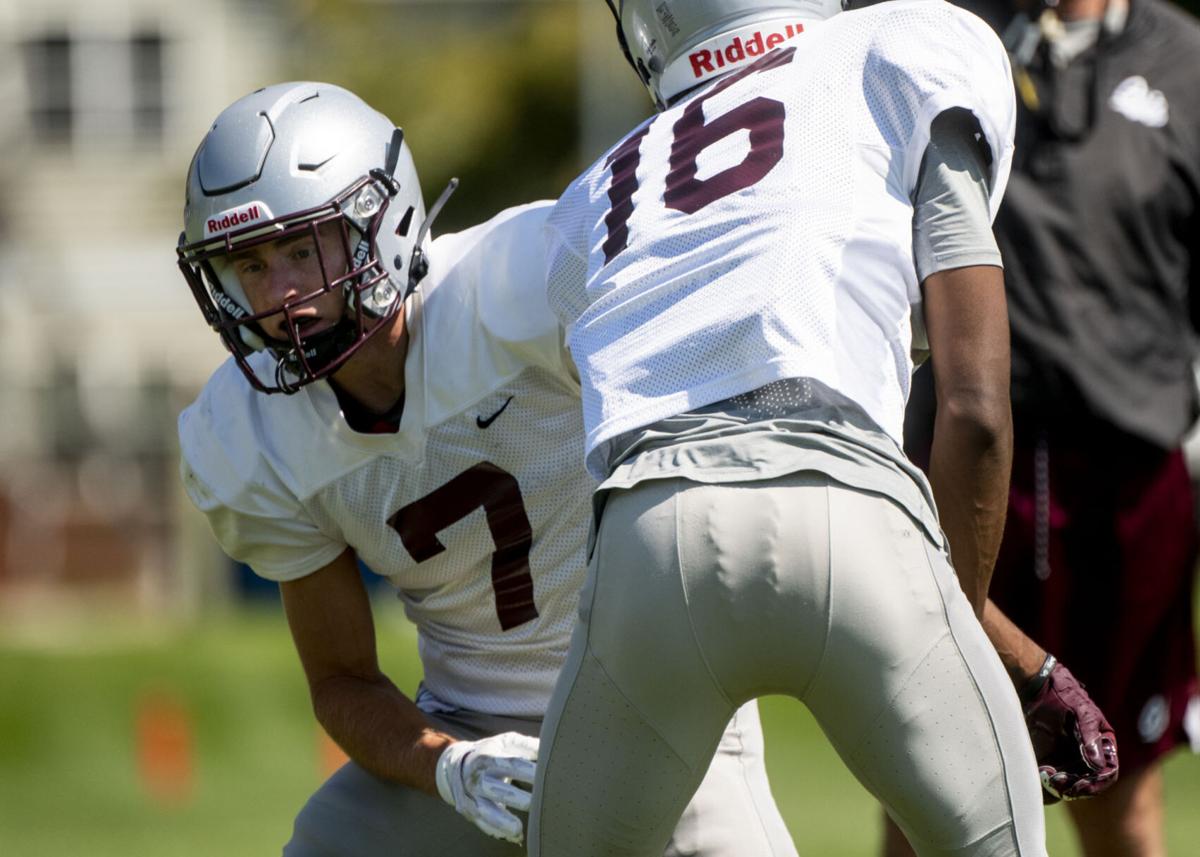 The Montana junior wide receiver will hit him up with a message when he sees Toure, who grad transferred to Nebraska last fall, make a highlight play on social media. Toure was one of the wide receivers who helped Sulser learn the ropes when Sulser got to Montana in 2018, one year after Toure exploded as a freshman, so they naturally became close.

Sulser, a Billings Senior grad, is now one of the players tasked with stepping up to help the Griz try to replace the record-breaking production that earned Toure nods on multiple All-American teams and a shot at the FBS level.

“He’s always been real good to us, even since he left,” Sulser said after the seventh practice of preseason camp for Montana. “He just wishes good luck and is very encouraging.

"He definitely has nothing but good things to say to us. He encourages us to get better each and every day. I’m pretty thankful for that, that he’s so cool about everything. Especially with him not being here anymore, he’s still rooting for us.”

The Griz have some big shoes to fill with the departure of Toure, whose 1,495 receiving yards in 2019 were the 26th most in FCS history, seventh most in Big Sky history and tops in UM history for a single season. Having to replace him comes on top of the loss of Jerry Louie-McGee, who graduated in 2019 as the school’s career receptions leader.

Leading the way among the returners is Sammy Akem, a preseason All-American, who described his bond with Toure as being as close as if they were brothers. They still talk every day, and Akem knows Toure “is going to shine no matter what,” but he’s more so focused on the current team and thinks there are big things to come from the wide receivers.

That group, and the team in general, is bolstered by the fact that Akem decided to return for the extra year of eligibility the NCAA granted all athletes because of COVID.

“Montana was the first and only team to give me an offer, so that was just something I hold near and dear to my heart,” he said about returning this season.

“We’ve got something good going on here,” he continued. “We can achieve whatever we put our minds to. We’ve got our goals set in front of us and we know what those are and we’re just going to keep grinding and keep knocking them down one by one.”

The Griz have a plethora of options at wide receiver. Akem brings the big-bodied target and length. Sulser has the explosive speed. Senior Mitch Roberts, a Missoula Sentinel grad who saw his reps in 2019 increase when Akem went down with an injury, is a sure-handed wideout.

Yet even Sulser, the 2017 Montana Gatorade football player of the year, knows nothing is set in stone and no one’s guaranteed a starting spot. He broke out during the two spring games in his return from injury, but he can feel the competition behind him, forcing him to keep improving.

Freshmen Ryan Simpson and Keelan White are the younger guys who head coach Bobby Hauck singled out as having impressed him. They’ve both gotten lots of reps in camp, as has ace kickoff return specialist Malik Flowers, as Hauck works on building a depth chart.

“We’re a week in, and I think everybody’s pushing everybody in that group,” he said. “That’ll be productive for all.”

The receivers are also helped by having to go up against an improving group of cornerbacks, which includes some FBS dropdowns. Then there are safeties who’ve already earned All-Big Sky recognition waiting to pick off a pass or deliver a punishing hit.

Those battles increase the competition, which Sulser hopes pays off when the season starts.

“It’s a huge advantage for us to get to train against the corners and safeties we have,” he said. “It’s great to see some of the best guys in the conference each and every day. I think that only makes you better as a player. I’m personally very thankful to go up against those guys.”

Sophomore offensive lineman Hunter Mayginnes, an FBS dropdown from Washington State, practiced with the first-team offense at left guard in place of Tyler Ganoung. He had been with the second-team offense at right guard last week, but Ganoung practiced there Tuesday.

Akron transfer running back Isiah Childs seemed to get one rep with the first-team offense at the end of almost every series. He worked with the second-team offense last week.

Senior safety Gavin Robertson came flying in from out of nowhere to pick off Humphrey’s pass intended for Malik Flowers deep down the left sideline.

Senior linebacker Jace Lewis recovered a fumbled snap around the 12-yard line and looked like he would’ve scored a touchdown if the play wasn’t blown dead.

Freshman kicker Carver Gilman went 3 for 3 on field goals of about 35 yards. Freshman Camden Capser was 1 of 3.

Montana is inside the top 10 and Montana State is just outside of it in the American Football Coaches Association FCS Coaches Top 25 preseason poll.

The Grizzlies are No. 9 and the Bobcats No. 11 in the AFCA poll, good for second and third, respectively among Big Sky Conference teams; the AFCA has Weber State No. 6 overall. Eastern Washington is No. 14, and UC Davis is No. 21.

What was once the weak point for Montana is becoming more of a strength as the offensive line has undergone great growth.