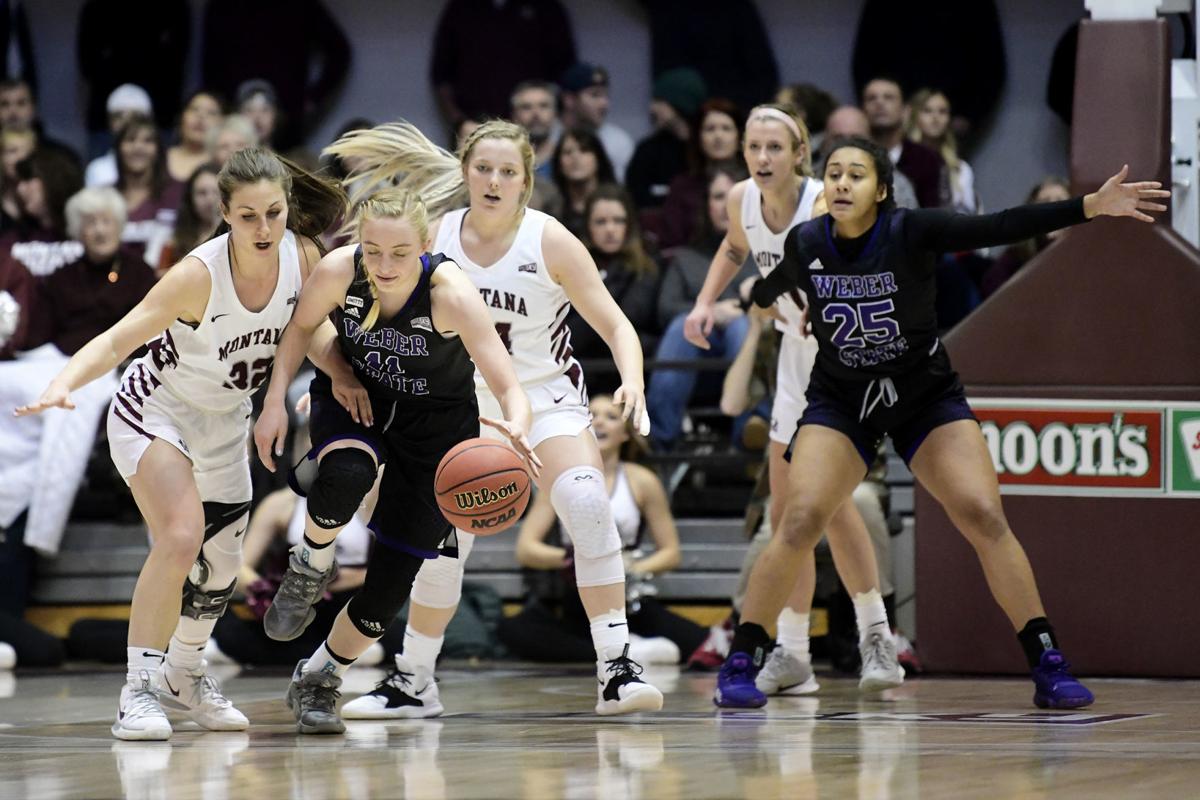 Montana's McKenzie Johnston (32) and Weber State's Liz Graves (11) chase after a loose ball during a game earlier this season. 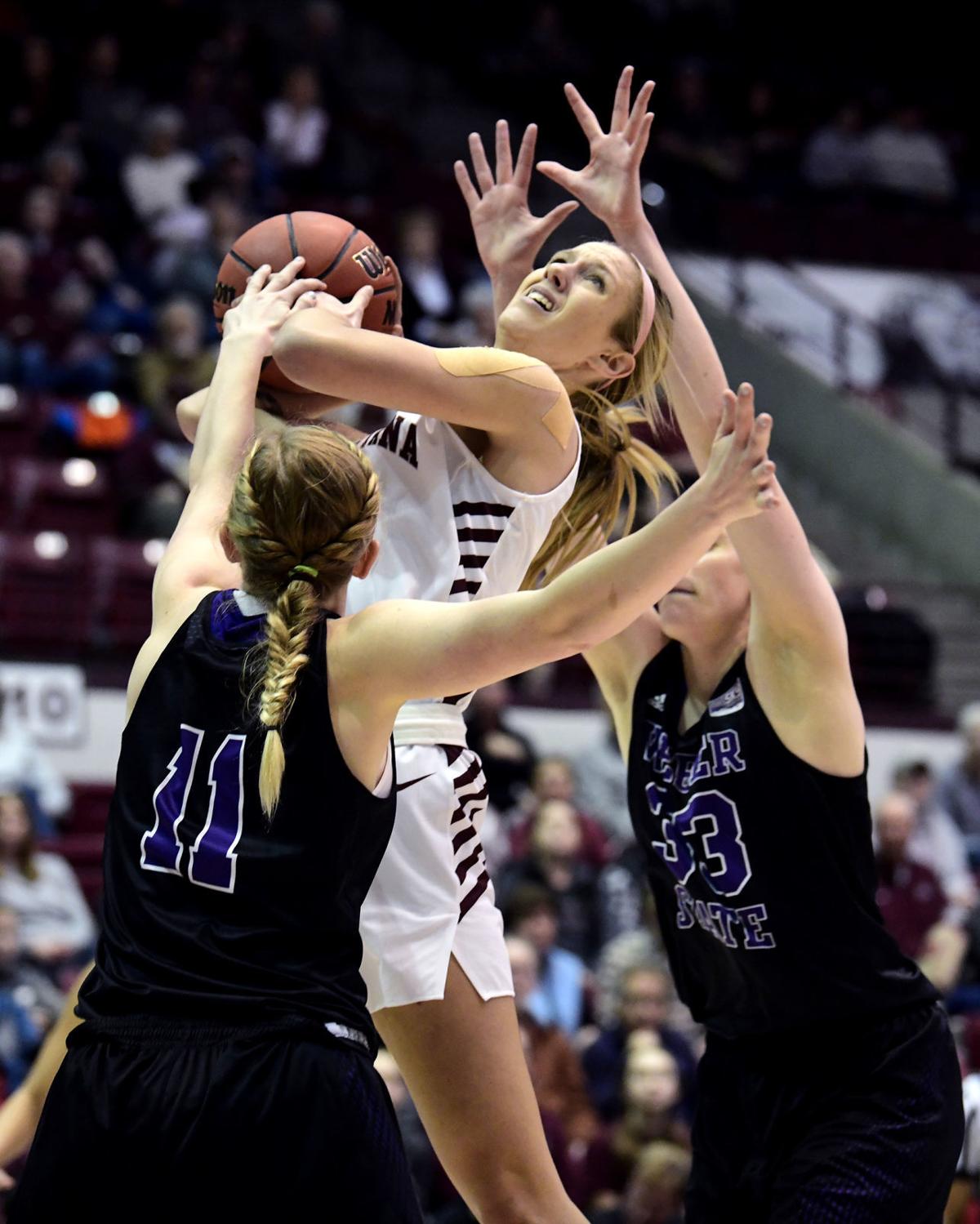 Montana's McKenzie Johnston (32) and Weber State's Liz Graves (11) chase after a loose ball during a game earlier this season.

MISSOULA — The Montana women’s basketball team starts its longest stretch of road games in a row this week as the Lady Griz head to Ogden, Utah for a game with Weber State.

Montana downed Weber State 85-57 in Missoula earlier this season, which helped the Lady Griz break a three-game losing slide. The 85 points the Lady Griz scored remain its third-highest point production this season, following a 98 point outburst against MSU-Northern and 92 points in a rout of Eastern Washington in early January.

When the two teams tip off at 11 a.m. on Thursday morning Montana will be looking for its fifth win in six games. The Lady Griz have lost just once since Jan. 25, a 66-61 setback to league-leading Montana State in overtime, and are coming off back-to-back wins over Eastern Washington and Idaho.

Montana owns a significant advantage in the all-time series between the two teams, winning 70 of the 84 total games. Weber State has not beaten the Lady Griz since February of 2018 and second-year Wildcat head coach Velaida Harris is still looking for her first win over Montana.

Liz Graves and Daryn Hickok lead the Wildcats with 11.5 and 9.9 points, respectively. Graves is also averages 5.4 rebounds per game and has a team-high 26 steals.

Weber State shoots just 37.4% from the field and has hit just 39.6% of its 3-pointers this season. The Wildcats do defend the 3-point line fairly well, but overall teams are shooting 43.4% from the field in 22 games.

Montana is shooting the ball at a 41.0% rate with a 34.5% mark from deep. Montana also has just 16 turnovers over its last two games.

“That's two games in a row we've played with incredible intensity from start to finish. No plays off, everybody in tune and running the floor and getting to 50-50 balls," Lady Griz head coach Shannon Schweyen said in a release following its win over Idaho. "It was just a great combination of everybody putting it all together."

McKenzie Johnson leads Montana with 13.3 points while Emma Stockholm tacks on 10.6. Johnson ranks 33rd nationally in assist-to-turnover ratio with a mark of 2.26 and is 55th in assists with 4.8 per game.

The game kicks off an important stretch for the Lady Griz. While Montana State has opened up a significant lead in the conference race, Montana is just a half game out of second place and tied with Idaho State for fourth.

Following the game against Weber State, the Lady Griz will head over to the Bengals for the second leg of the road trip. Montana then travels to Bozeman on Feb. 22 for the second Cat-Griz matchup of the season.

Two home games follow that stretch, but overall five of Montana’s final seven games will be played away from Dahlberg Arena.

MISSOULA — The team that loyal Montana Lady Griz fans expected to see this season is beginning to take shape.