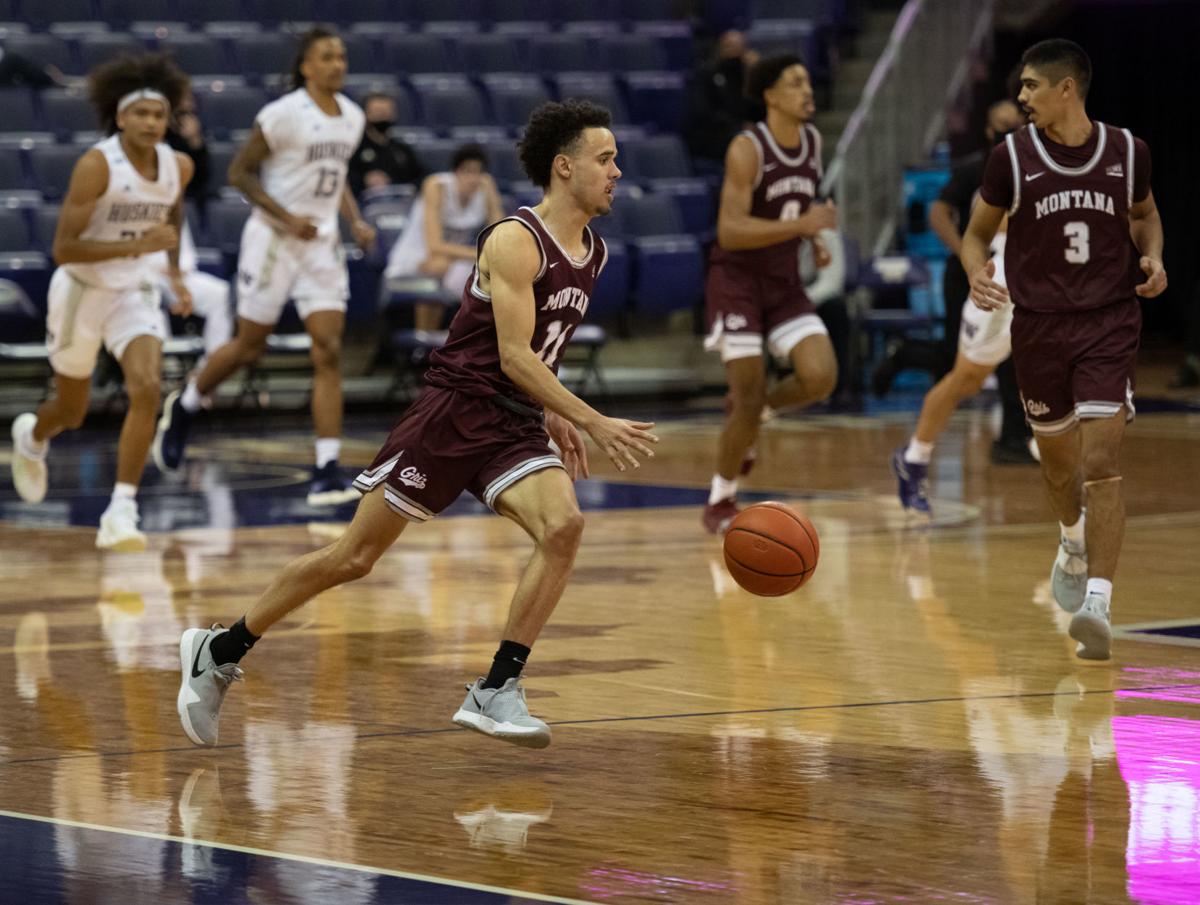 Cameron Parker and the Montana Grizzlies will look to continue their win streak against DSU on Friday evening. 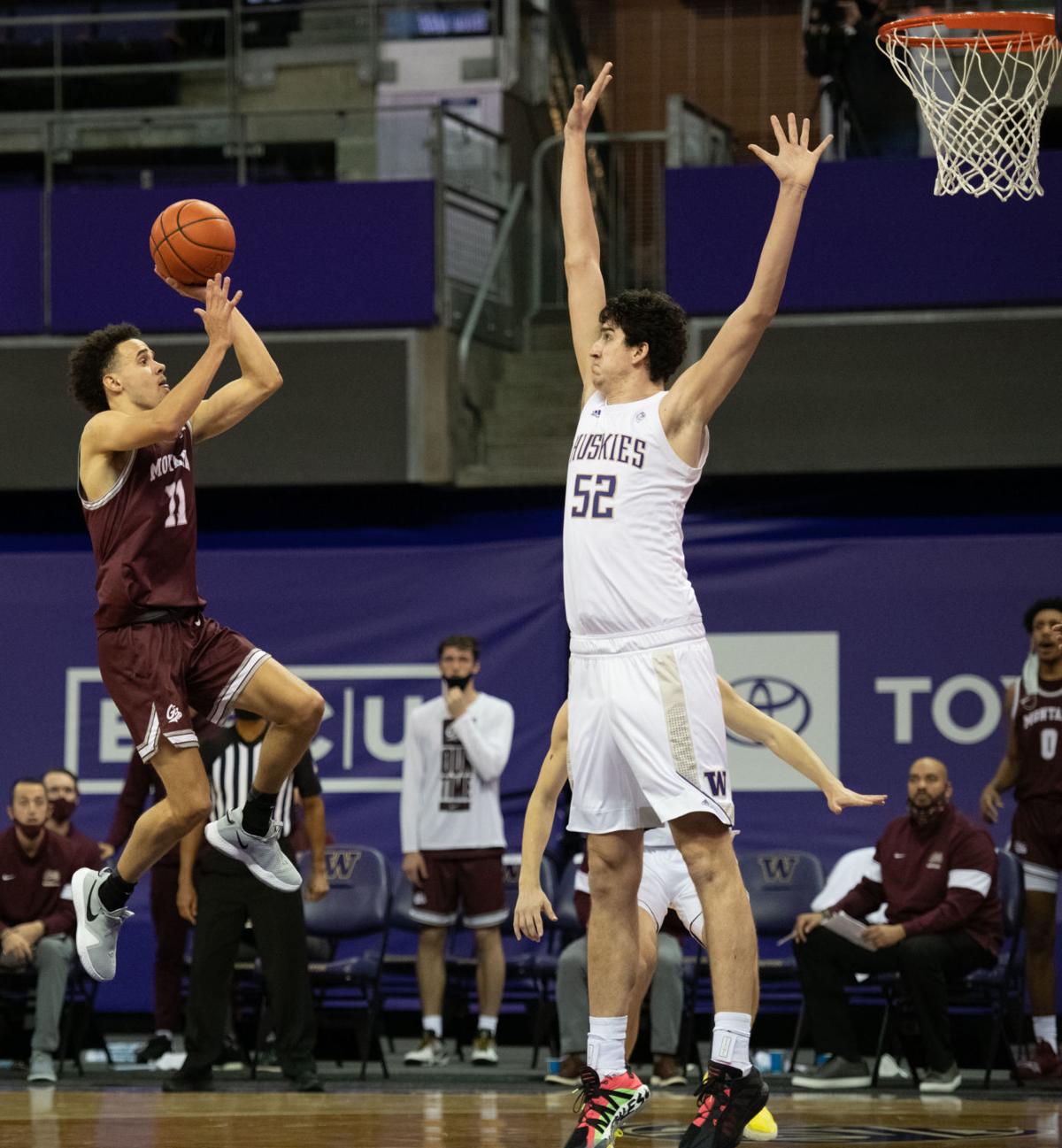 Cameron Parker shoots a floater against Washington on Wednesday night. 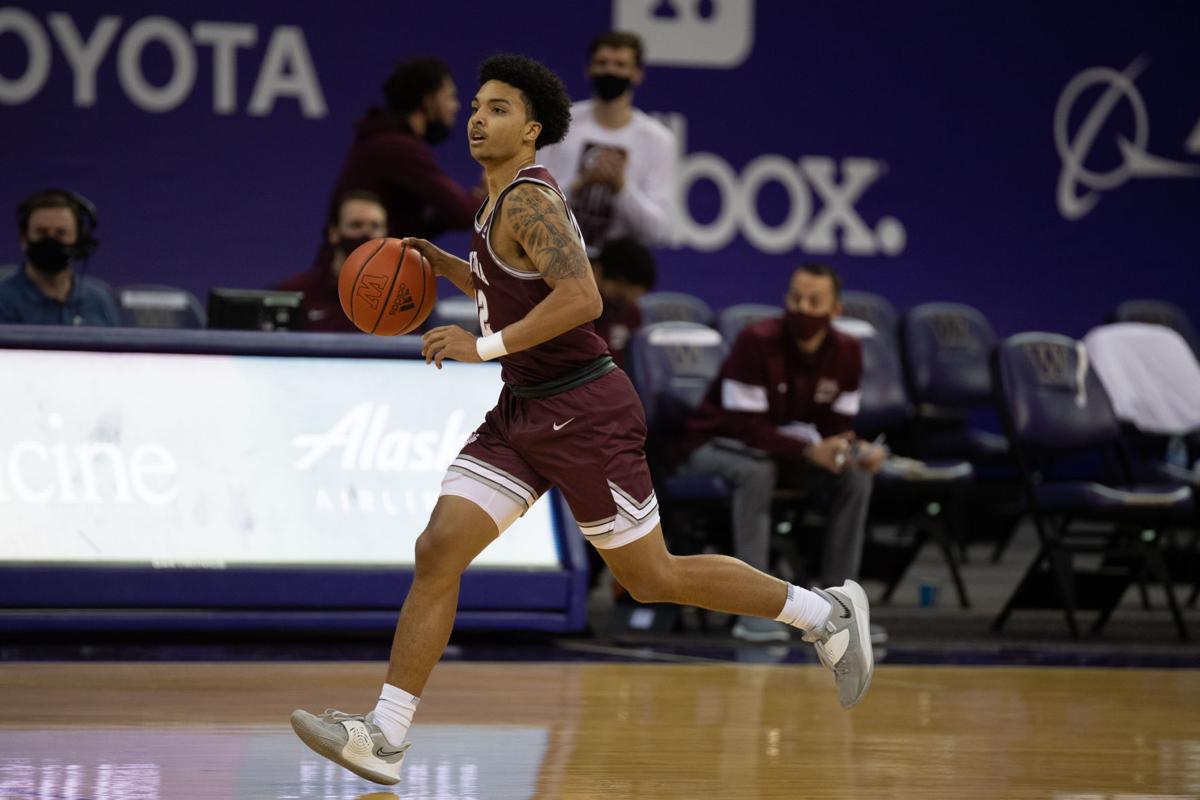 Brandon Whitney has been a revelation for Montana this year, especially on the defensive end.

Cameron Parker and the Montana Grizzlies will look to continue their win streak against DSU on Friday evening.

Cameron Parker shoots a floater against Washington on Wednesday night.

Brandon Whitney has been a revelation for Montana this year, especially on the defensive end.

MISSOULA — A second-half Washington run aside, Montana's win over the Huskies on Wednesday night was the most-complete game the Grizzlies have played against a Division I opponent this season.

Strong defense, well-executed offense and stout rebounding helped UM pull off one of its biggest upsets in years, and it should provide a big boost of confidence for the Grizzlies as they host Dickinson State at 4 p.m. Friday as they wind down their non-conference slate and head into Big Sky play.

Montana had played with USC and Georgia for long stretches, but slow starts had ultimately doomed the Grizzlies in those games. Zooming out to an 18-8 lead, UM led for over 32 minutes against Washington and looked like the better team for nearly all of those.

It was a markedly different performance than ones the Grizzlies had given in their four previous games against NCAA teams.

"That was the grit that had been missing," UM head coach Travis DeCuire told KGVO radio following the game. "We were wondering if we had it. Now we know it's there."

There were always going to be and likely still will be growing pains for the 2020-21 iteration of the Montana men's basketball team. That is what happens when your whittled-down rotation includes four players who either were not eligible to play last year or were not on the team.

Michael Steadman was ineligible due to transfer rules, Cameron Parker transferred in over the summer, and Brandon Whitney and Josh Bannan are freshmen.

Those four players accounted for 41 of 66 Grizzly points on Wednesday night in Seattle. Two sophomores — Kyle Owens and Josh Vazquez — supplied the other 15. DJ Carter-Hollinger, another sophomore, rounds out the seven-player rotation DeCuire has settled on.

There are not a lot of entrenched players on the Grizzlies to begin with and even fewer who get minutes. Mack Anderson, a junior, and Freddy Brown, a redshirt sophomore, are the most-tenured players on the team. Neither saw action against Washington.

So, with such a young and untested group — at least untested together — a win against a Pac-12 team means everything.

"We've been hard because we have so many new faces that we don't have the habits of a good basketball team," DeCuire said following the game. "Tonight we played with those habits for the most part."

Those habits include body language and rebounding, two things that UM struggled with earlier in the season. They are also two things the coaching staff has harped on, and well, it seems to have begun to work.

Montana played clean basketball, crashed the boards hard and executed its plays well. All of that has been missing for stretches this season, but again, when two of UM's point guards — Parker and Whitney — were not in Missoula last year, it was going to take some time to work through.

DeCuire was pleased with how the Grizzlies executed offensively against Yellowstone Christian last Saturday, and UM got in some much-needed work against an overmatched opponent it had every expectation of beating. It paid off.

The Grizzlies cause was helped by not dealing with much in the way of foul trouble against Washington as well as sinking the free throws they drew. Those are marks of a good team.

Now, though, comes the tough part for UM — continuing that run. The Grizzlies will obviously be heavily favored against NAIA Dickinson State (though they did fall against an NAIA opponent last year) and then be a heavy underdog when they travel to Arizona.

Following that, they will host Northern Arizona around the new year, which will begin Big Sky play in earnest and be a litmus test for just how far the team has come.

There is still plenty of work for this year's Grizzly roster, but the pieces are beginning to come together. And when that picture is finished, it could be a pretty good basketball team.

Series: This will be the first meeting between Montana and Dickinson State.

Grizzly notebook: Dickinson State's Derek Selvig excited to be back in Missoula; UM to face Washington

Grizzy hoops notebook: Selvig excited for a chance to coach once again in Dahlberg, UM preps for Washington