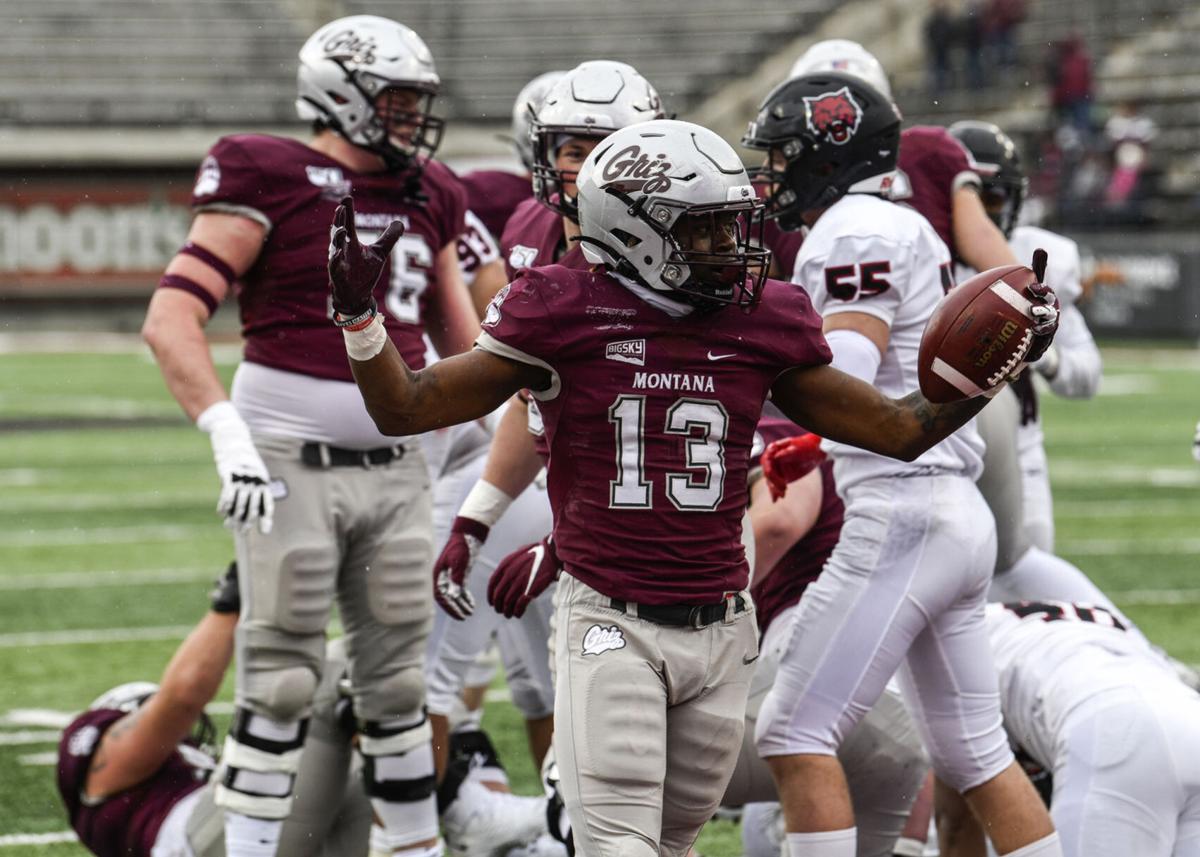 Montana running back Xavier Harris (13) celebrates after scoring a touchdown in the win over Central Washington on April 10 at Washington-Grizzly Stadium in Missoula. Harris is listed as the starter on the two-deep for the season opener Saturday at Washington and is one of two freshmen who may see considerable reps to begin the year due to injuries in the position group. 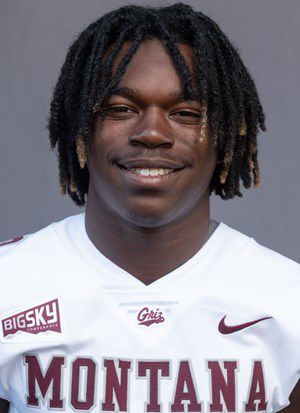 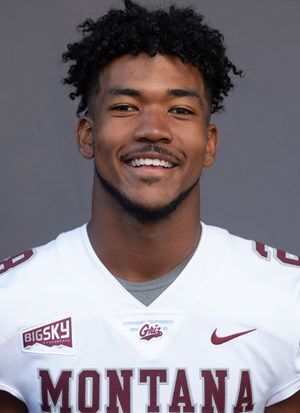 MISSOULA — Montana’s already-depleted running back room has taken another hit ahead of the season opener, likely leaving the Griz with true freshmen carrying the bulk of the load Saturday at Washington.

Sophomore running back Nick Ostmo, who started both games in the spring, sat out Tuesday’s practice. He was wearing a walking boot on his right foot and using a knee scooter to get around.

“He’s still living and still with us, yes, he’s breathing,” Montana coach Bobby Hauck said jokingly prior to Tuesday’s practice, drawing laughs. “Everything’s good with Nick except for he’s got an ankle problem.”

Ostmo wasn’t listed on the depth chart, which was released Monday, an initial sign that he might not play this week. Hauck said the running backs as a group were “banged up. We had a pretty physical training camp.” He added that true freshman Xavier Harris would get the first snap Saturday.

The Griz were already going to be without All-American running back Marcus Knight, who got injured during spring camp. Hauck said he didn’t expect him to play this week, but he’s keeping hope that the junior can return sometime this season.

Without Ostmo and Knight, UM listed two true freshmen on its two-deep: Harris and Isiah Childs. When asked if he was comfortable with freshmen potentially handling that big of a load, Hauck said: “There’s certain positions where that’s more doable. The offensive skill position is certainly one of those.”

Harris, 5-foot-10, 182 pounds, joined the team last fall and played in both spring games. He rushed for 148 yards and three touchdowns and had 34 receiving yards.

“He’s gotten bigger and stronger, so the weight room work is paying off,” Hauck said. “I think for those guys, familiarity with the scheme and how we’re doing things helps them. They can anticipate better. They’re not just trying to figure out where they’re going; they’re understanding the run game in its entirety. And then obviously the protection part, they’re doing really good, they’re better there.”

Childs, 6-1, 205, joined the Griz ahead of preseason camp in August. He spent the 2020 season redshirting at Akron, an FBS team in the Mid-American Conference.

The Grizzlies opened their season by upsetting No. 20 Washington at Husky Stadium in Seattle. Here's what you may have missed from their openi…

Montana will be a heavy underdog at 20th-ranked Washington Saturday. But, as Griz coach Bobby Hauck said Monday, “We’re going to go out there and compete."