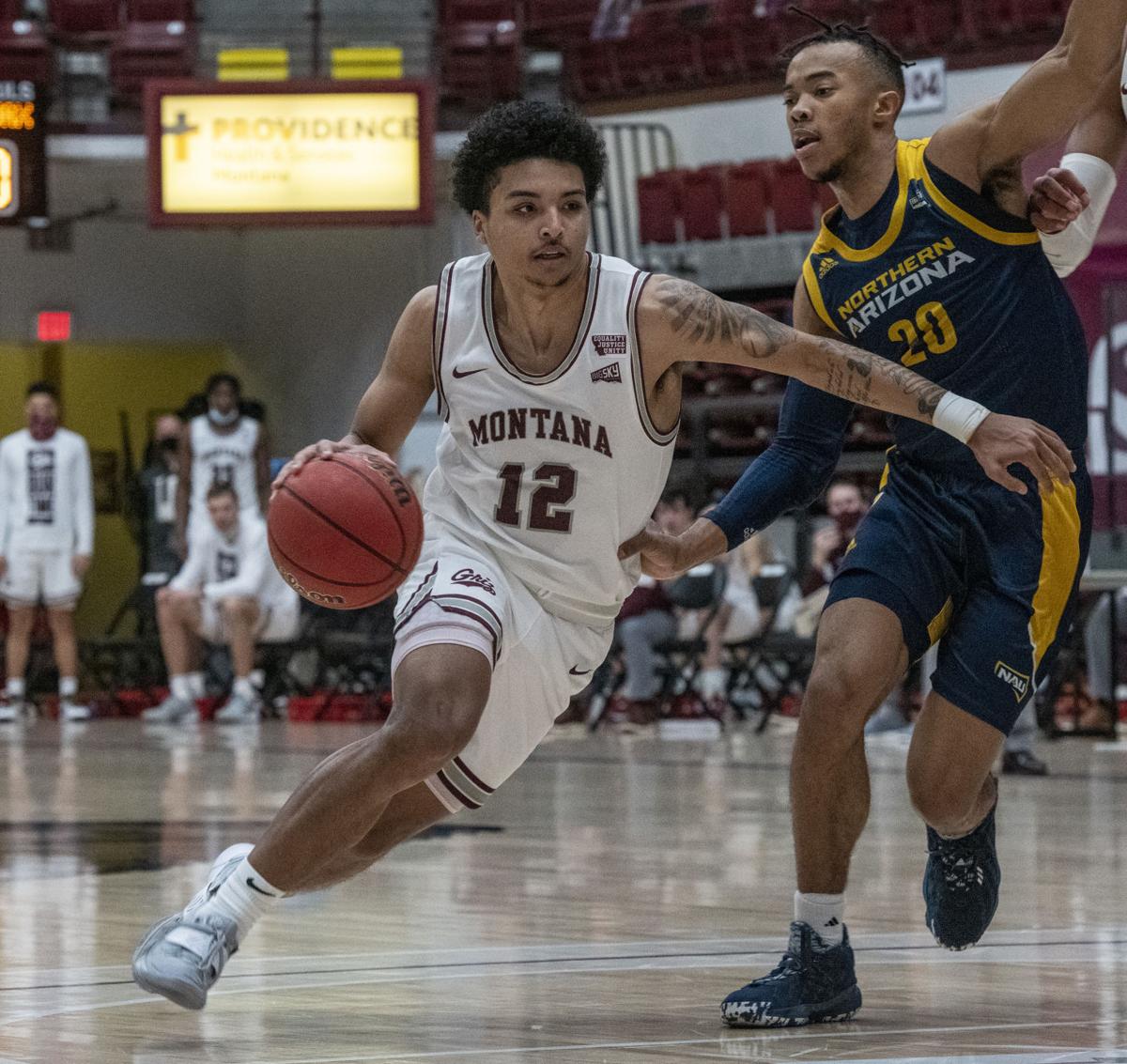 Montana freshman Brandon Whitney drives around a Northern Arizona defender in the Grizzlies' 67-56 victory on Thursday at Dahlberg Arena. Montana had 15 assists on 22 field goals with Whitney leading the way passing the ball. 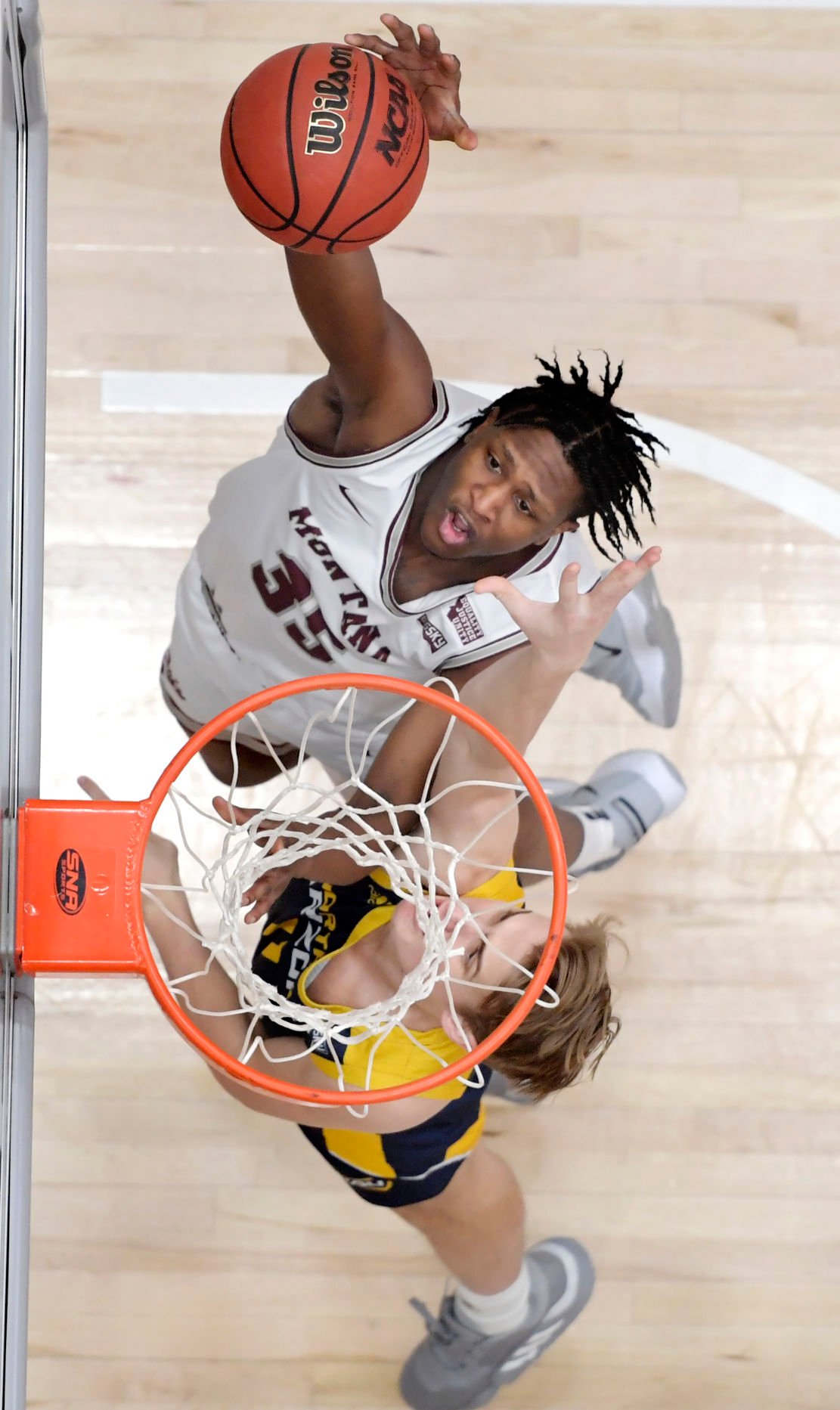 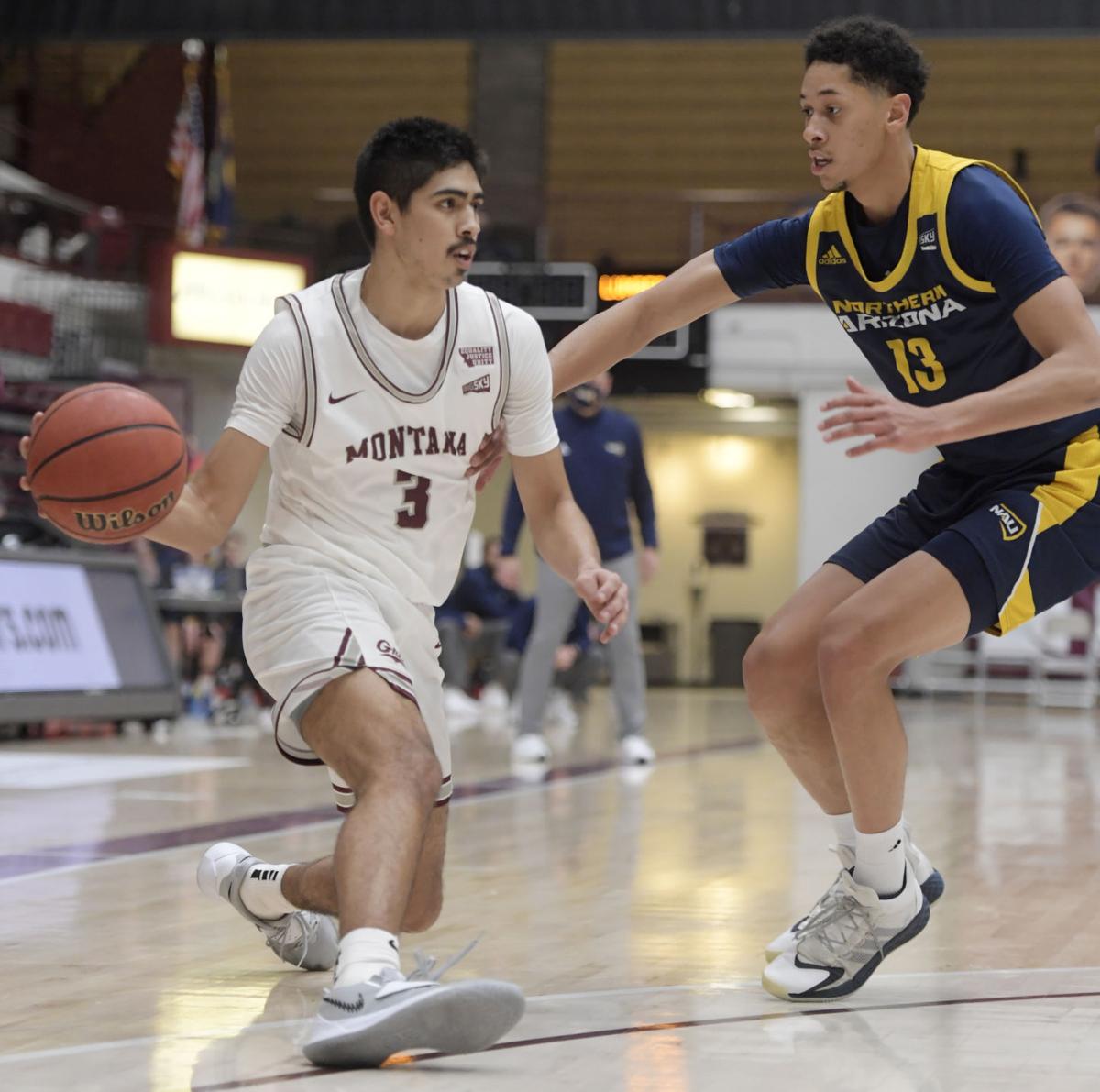 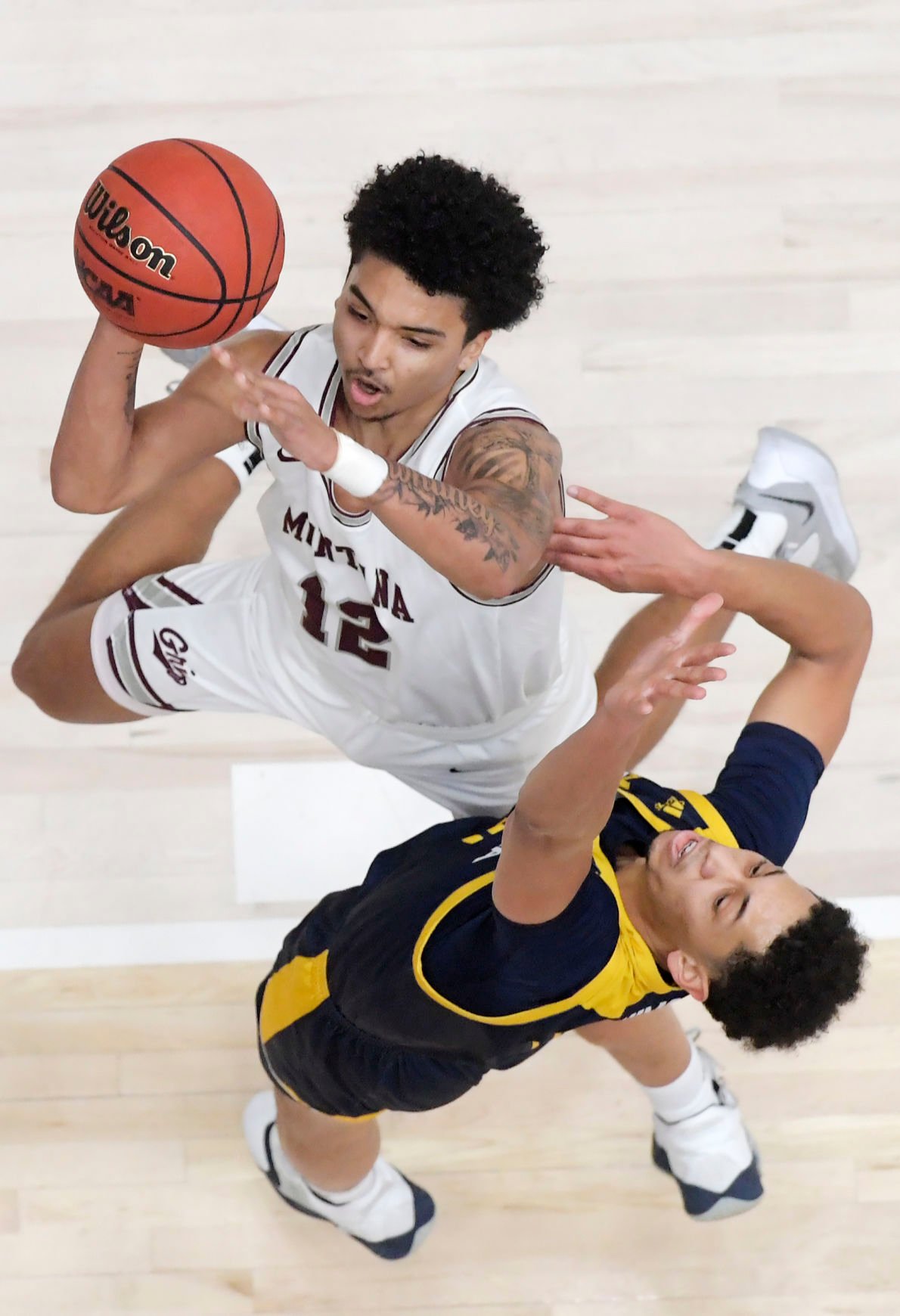 Montana freshman Brandon Whitney drives around a Northern Arizona defender in the Grizzlies' 67-56 victory on Thursday at Dahlberg Arena. Montana had 15 assists on 22 field goals with Whitney leading the way passing the ball.

MISSOULA — It was about as perfect of a start to a game as the Montana men's basketball team could have hoped for.

The Grizzlies, playing the first of a two-game series against Northern Arizona, blitzed out to a 17-0 lead before a Lumberjacks shot could find the bottom of the net. Montana did cool off in the second half but held off a late NAU burst to move to 6-6 overall and 2-3 in the Big Sky with a 67-56 win on Thursday night in Dahlberg Arena.

UM head coach Travis DeCuire felt it was the best beginning to a game he's seen his team play in several years. Montana pushed the lead to 41-19 by halftime.

"Defensively, we were tuned in," DeCuire said. "I think the biggest thing offensively was that we moved the ball. It was a good sight to see when we are turning down okay shots for better shots and we weren't concerned with who was getting those shots."

The Grizzlies also shared the ball remarkably well during the game, assisting on 15 of 22 field goals. Brandon Whitney had five assists while Cameron Parker added four.

Nine of those assists came in the first half, and they helped lead to 61.9% shooting from the field in the first 20 minutes of play.

Montana made six of nine 3-pointers in the first half as the Grizzlies enjoyed one of their best shooting nights of the season. UM sunk 22 of 43 (51.2%) of its field goals and was 8 of 20 from behind the 3-point line.

That is tied for the most 3-pointers the Grizzlies have made in a game this season. In its previous three games against Division I competition, Montana had only attempted 25 shots from beyond the arc, making seven.

"They just gave me a little bit too much space," said sophomore Josh Vazquez, who drained a pair of early triples to help spark the big run. "My guys got me open on screens and when I've got my room, I'm gonna let it go."

Kyle Owens and Michael Steadman were both in double figures with 13 points each. Steadman also recorded his second double-double of the season, hauling in 11 rebounds.

"It just all started defensively, like our energy coming out in the game, I think that led to our offense," Steadman said. "A lot of scores came from defensive stops."

NAU did claw back in the game late. Montana led by 27 points before the Lumberjacks ripped off a 19-3 run to close the gap.

A jumper by Steadman broke a nearly 10-minute scoreless drought by the Grizzlies, which has been an issue for Montana through the season. An Owens 3-pointer with 3:02 left did help stem the tide a bit for UM, but the Lumberjacks closed to within 11 points.

"I think what was overlooked during that time period is that we were missing a lot of wide-open shots too," Steadman said. "I don't know what it was ... I felt like we were just sticking to what we do and eventually the shots are going to fall."

Cameron Shelton scored 19 points and added 10 rebounds and five assists for the Lumberjacks. Shelton had an eight-game streak of scoring 20 or more points snapped.

Grizzly shots stopped falling, and a few turnovers helped the NAU bid for a comeback.

The Lumberjacks cooled off in the waning minutes of the game, the Grizzlies hit their free throws and Montana got its third win in a row and has now won five of its last seven contests.

NAU drops to 3-9 overall and 2-4 in league play with the cap of the two-game series to tip off at 11 a.m. Saturday in Missoula.