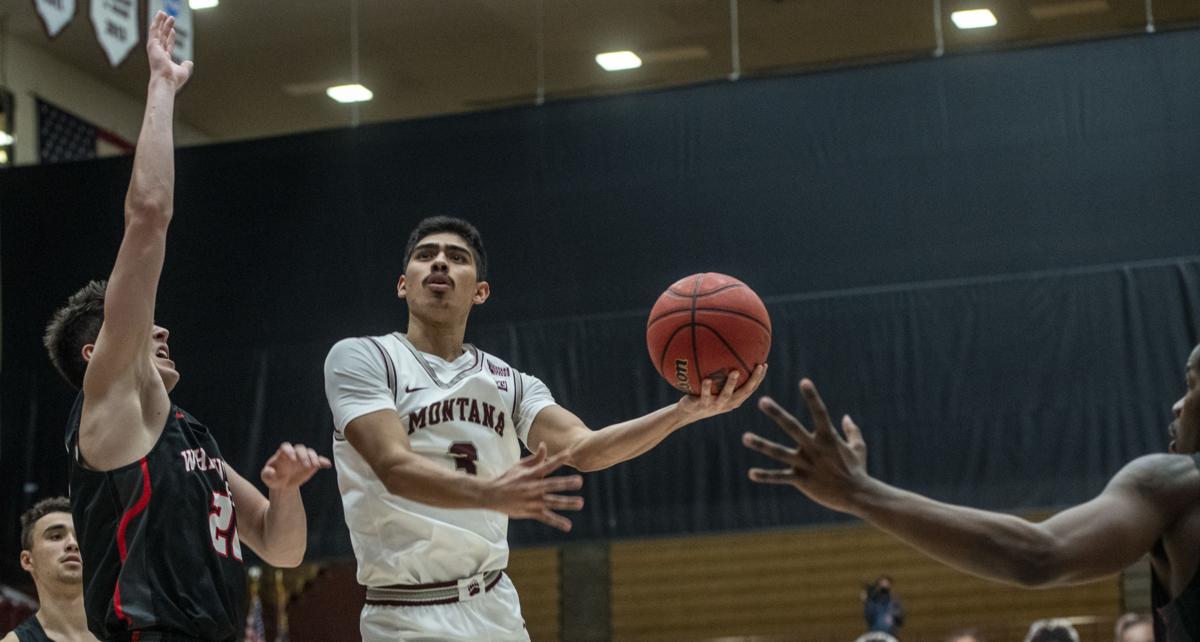 Montana's Josh Vazquez drives for a basket against Whitworth. 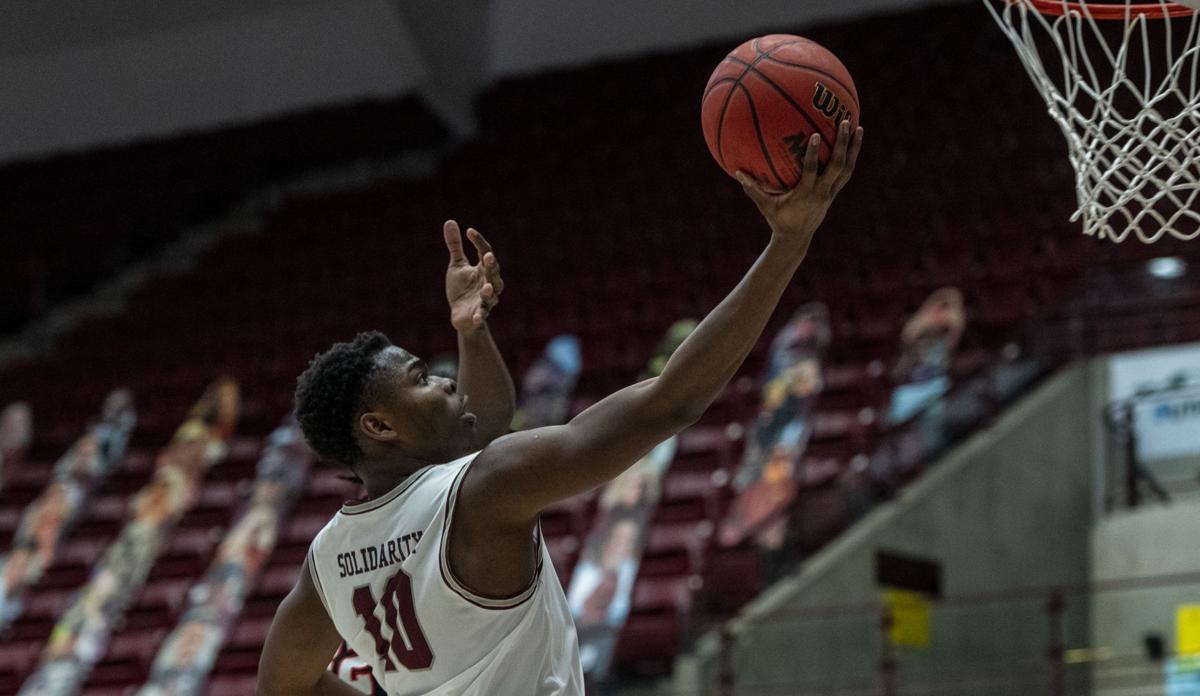 Montana guard Eddy Egun helped provide a spark for Montana last Saturday afternoon against Whitworth. The Grizzlies will look to continue their win streak against Northern Arizona this week. 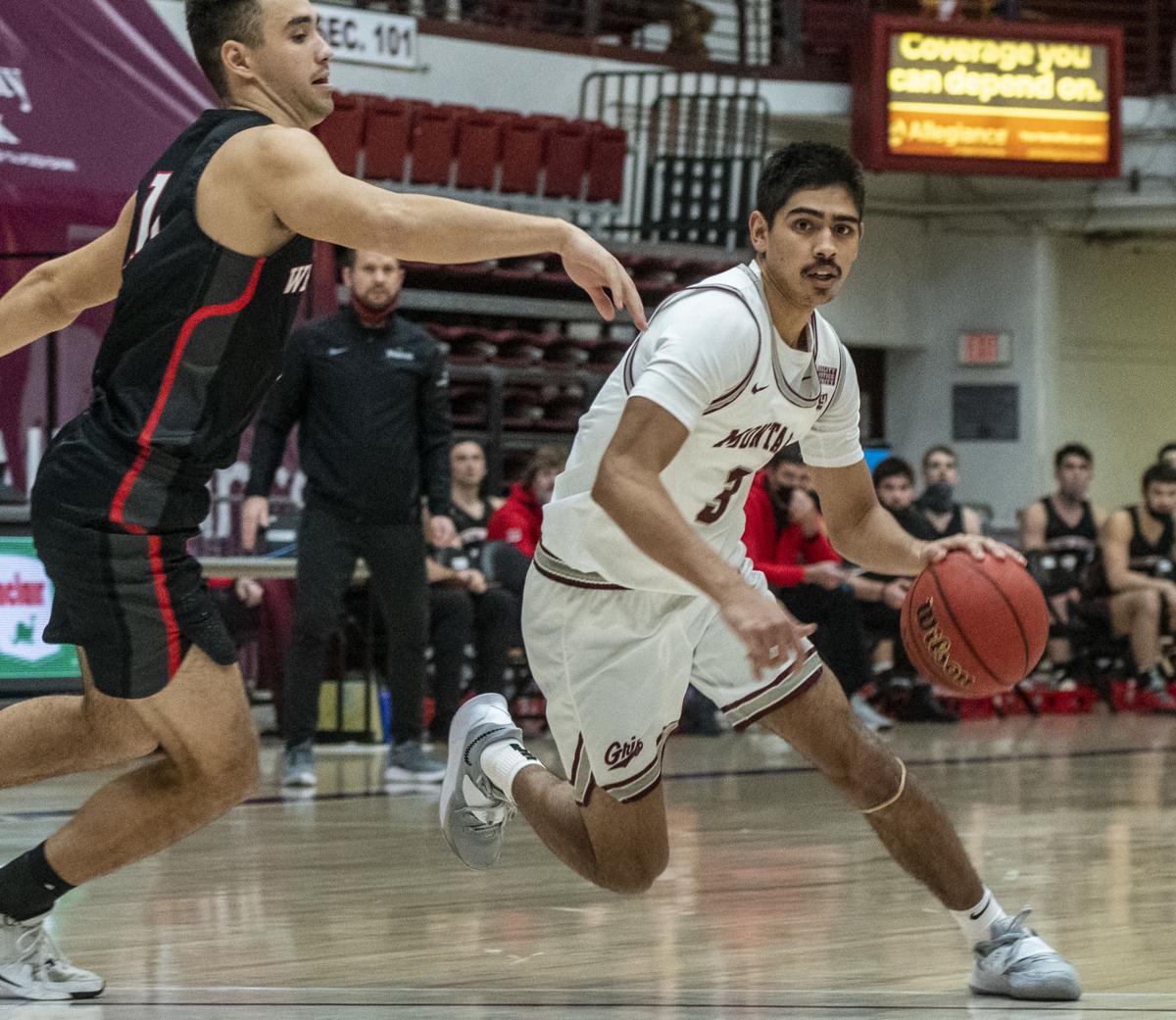 Josh Vazquez had 14 points — including three 3-pointers — to lead UM to a win over an upset-minded Whitworth. 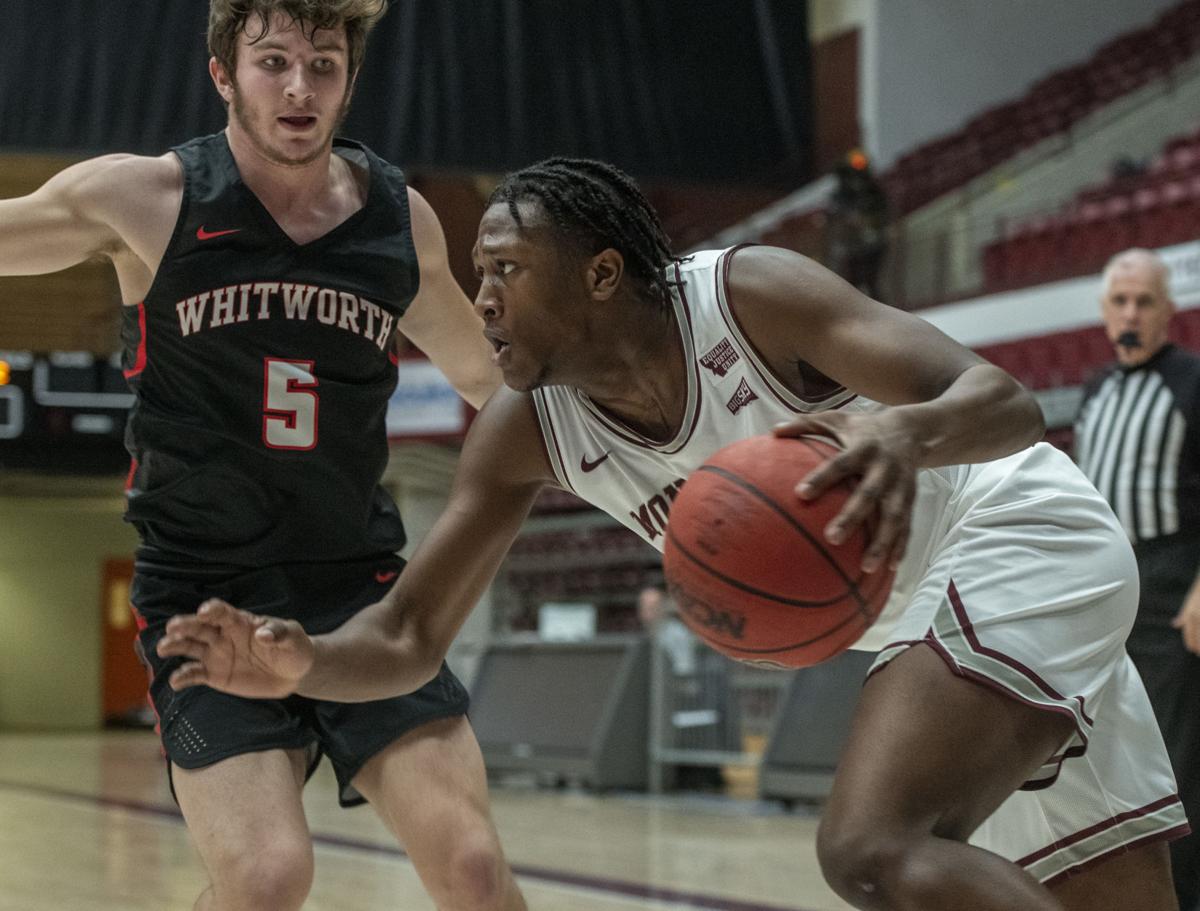 DJ Carter-Hollinger has missed long stretches this season and offseason, but is slowly rounding into form.

Montana's Josh Vazquez drives for a basket against Whitworth.

Montana guard Eddy Egun helped provide a spark for Montana last Saturday afternoon against Whitworth. The Grizzlies will look to continue their win streak against Northern Arizona this week.

Josh Vazquez had 14 points — including three 3-pointers — to lead UM to a win over an upset-minded Whitworth.

DJ Carter-Hollinger has missed long stretches this season and offseason, but is slowly rounding into form.

MISSOULA — Montana found itself in a shootout during the first half of its 84-67 win over NCAA Division III Whitworth on Saturday afternoon in Dahlberg Arena.

If that is a little curious, well, that's because the Grizzlies are not normally a team that finds itself in high-scoring contests. Those types of games — speaking in strictly Big Sky terms — are usually against Eastern Washington and Portland State, though for different reasons.

With Whitworth wearing black and red, look too quickly and it wouldn't be hard to mistake them for the Eagles at a glance. Look a little closer at the offense the Pirates were running and it greatly resembles the type of stuff Eastern Washington will throw at the Grizzlies in February.

"One of the things I did say to the guys is that the style of offense, there are some similarities to Eastern, so it's good preparation," UM head coach Travis DeCuire said. "But the biggest thing for us is everyone we've been playing plays ball screen offense, so when you play an opponent that doesn't necessarily try to execute off the ball screen and more so off ball screens and cuts, that's a tough adjustment, no matter how much time you spend on it.

"So for us, that was huge because we're going to start seeing some of that in league."

Montana executed on both offense and defense in the second half as they adjusted to some of the differences in play. Whitworth shot a lot of deep 3-point attempts, were constantly hunting in the passing lanes for steals they could turn into transition points and generally went through its offense far differently than the Grizzlies do.

Over the first 20 minutes, it almost looked as if it could potentially turn into a tight game down the stretch. Whitworth had success in those passing lanes and had 10 steals for the game, including five alone from Liam Fitzgerald.

That turned into scoring opportunities for the Pirates, who had 18 points off turnovers in the game. Montana's lead was just 40-36 at halftime and was only a four-point lead because Josh Vazquez hit a two-point jumper just outside the restricted zone as the buzzer sounded.

"We were kinda not being 100% with our passes," Vazquez said of the first half. "So you know, we were really just tuned in on that and tried to make sure all our paths were 100%."

Montana still had seven turnovers in the second half and 19 total, but there were improvements in how they counteracted some of what the Pirates were throwing at them.

That said, the turnovers are still a headache for the coaching staff. The Grizzlies have had double-digit turnovers every game this season and are averaging 14.5 per game.

"The turnovers were very frustrating because you can't beat your opponent if you let them shoot more shots than you unless you're playing phenomenal defense and we were just making it harder on ourselves," DeCuire said. "I think it takes the wind out of your sails when you're playing really good defense and you give it right back.

A 9-3 UM run out of halftime helped the Grizzlies take control of the game and avoid the fate of Portland State, who fell to a NCAA Division II opponent on Saturday.

Vazquez was strong for Montana and finished with 14 points and hit 3 of 5 3-point attempts. Cameron Parker and Vazquez each had five assists to tie for the team lead. Montana assisted on 19 of 29 field goals, the second-post assists it has had this season.

Five Montana players were in double figures and freshman Robby Beasley made some important and tough plays throughout, finishing with 12 points, two rebounds and three assists in 27 minutes.

Fitzgerald and Miguel Lopez each had 13 points to lead Whitworth. The Pirates attempted 21 3-point shots, making five of them.

NOTES: The Montana women's team was originally supposed to play the Pirates in a doubleheader, but that game was canceled due to COVID-19 issues within the Whitworth program ... The Lady Griz will instead play NAIA College of Idaho on Sunday afternoon at 2 p.m. ... The Grizzlies hit 6 of 15 3-point attempts and 20 of 24 free throws.