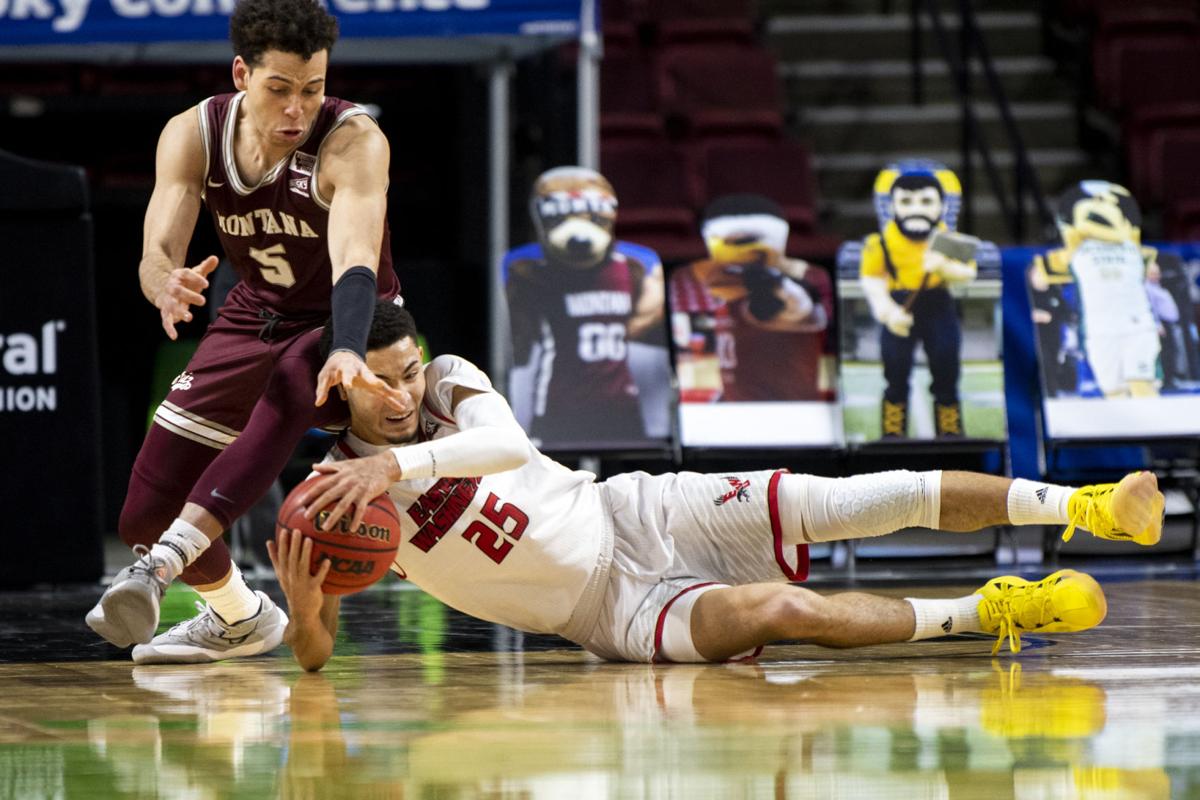 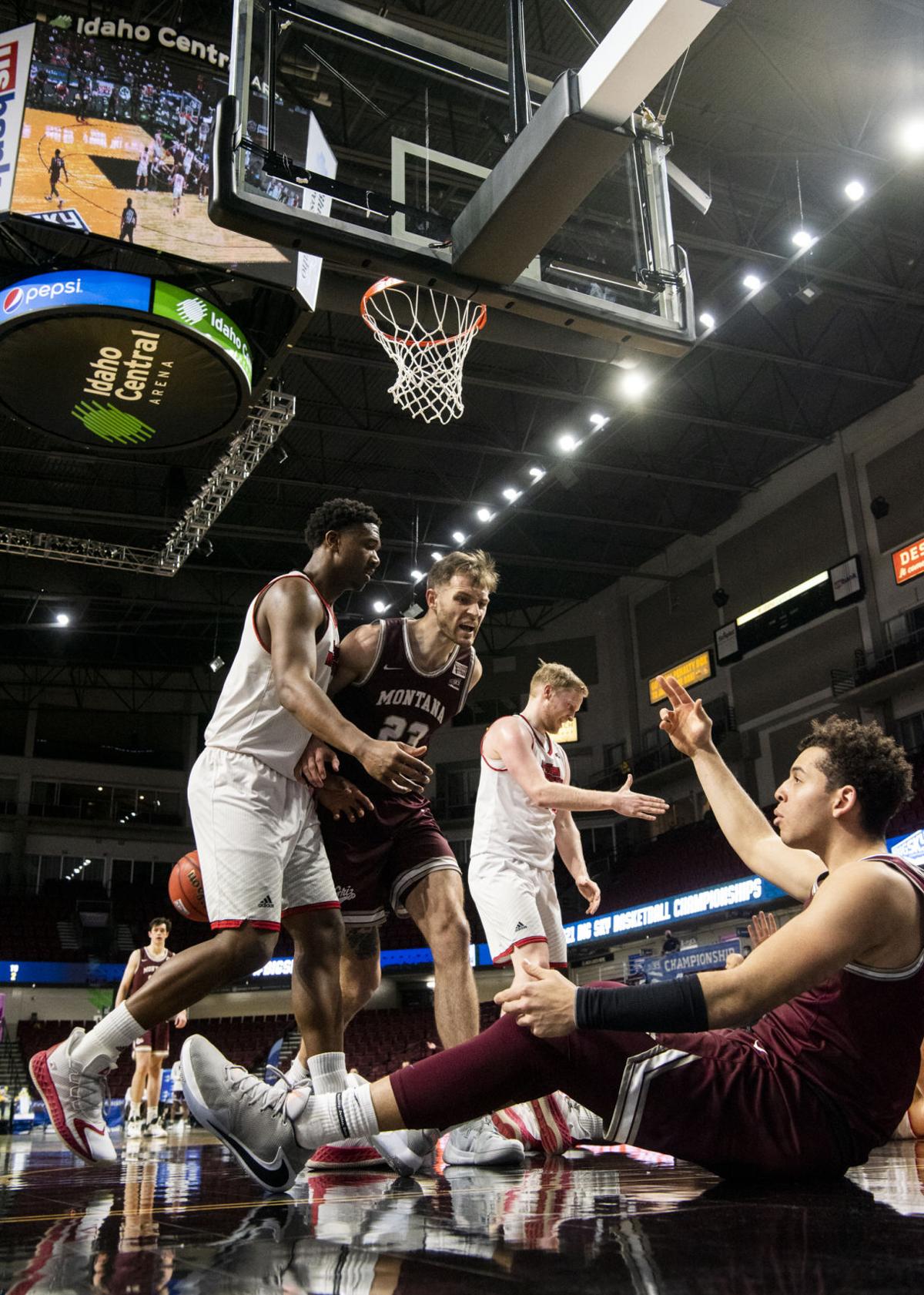 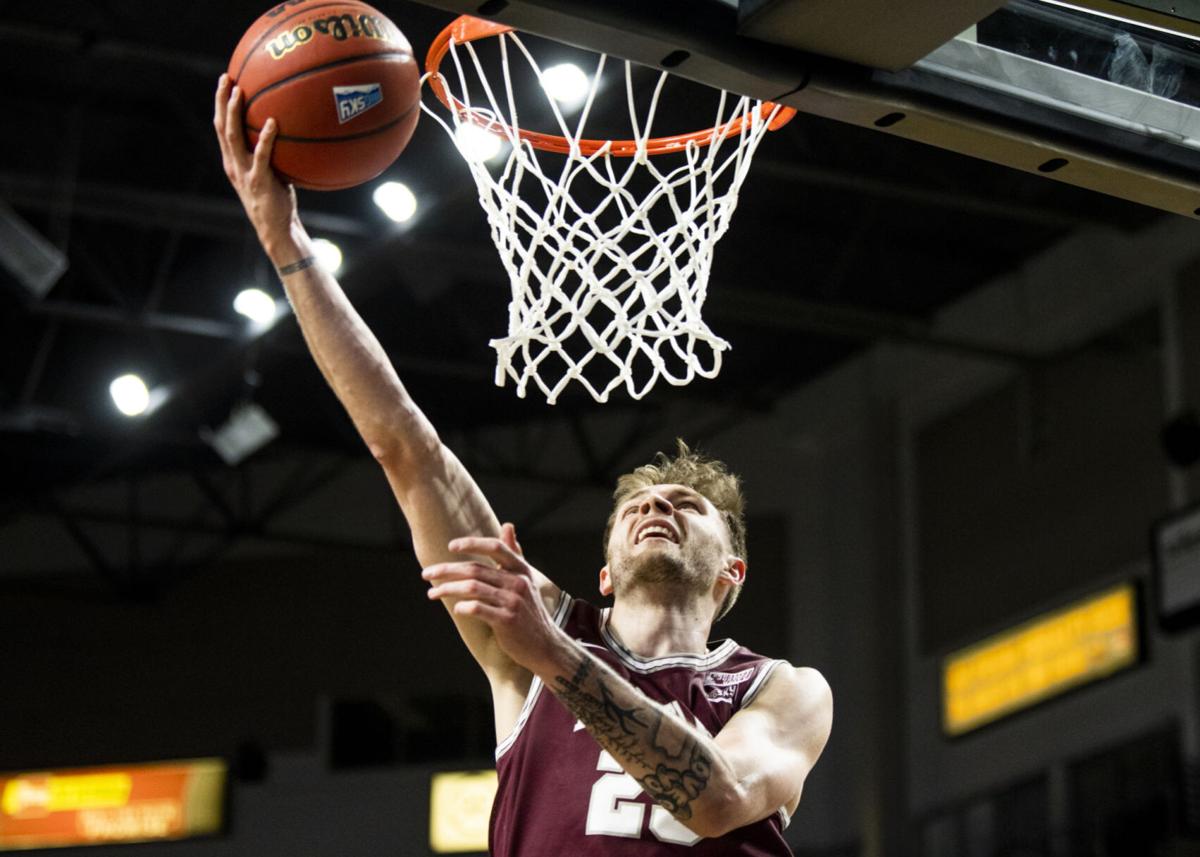 BOISE, Idaho — The big guys in red and white did a real number on the Montana men's basketball team Friday night.

The under-sized Grizzlies ran into a brick wall in Eastern Washington, doomed from the middle of the first half against the taller, more physical Eagles. Montana's deficit reached 29 points before intermission, and the team never recovered, dropping a 78-50 decision in the semifinals of the Big Sky Conference tourney at Idaho Central Arena.

Second-seeded Eastern Washington (15-7) advanced to the championship game, where it will face fifth-seeded Montana State (13-9) on Saturday at 6 p.m. in a game that will air on ESPNU. The Bobcats advanced with an upset victory over Southern Utah, 80-77, in overtime.

There was nothing deceptive or confusing about Eastern's game plan. The Eagles took it to the Grizzlies (15-13) in the paint early, utilizing the size of brothers Jacob Groves (6-foot-7) and Tanner Groves (6-9) and the perimeter shooting of match-up nightmare Kim Aiken Jr. (6-7). That trio accounted for 30 of Eastern's 44 points in the first half as the favorites built a jaw-dropping 44-15 lead.

"I'm proud of the way these guys played tonight," Eastern coach Shantay Legans said. "Montana came out and played hard. I thought we hurt them. They were on their third (tournament) game.

"Our guys made some shots and I think this was one of our better rebounding performances. To beat a program like that in that fashion when you're playing for everything, I'm really proud. We could throw the ball into Tanner (Groves) and they couldn't stop him."

Eastern's ability to work the ball inside was reflected in its high shooting percentage (62.1) in the first half. Montana, in contrast, settled for a lot of perimeter shots and hit just 6 of 28 before halftime. Eastern held a 22-6 edge in points in the paint and a 23-8 edge in rebounds heading into the second half.

Montana's scoring woes continued after intermission. The Grizzlies trailed 59-21 with just over 14 minutes left. It took them 26 minutes to break the 20 point barrier.

Montana's point total tied for its lowest of the season. The Grizzlies' also totaled 50 in an early December loss at Georgia.

"Tough one," Montana coach Travis DeCuire said. "They've had our number this year obviously ... They shot the ball lights out and did all the things, detail wise, to play at a high level. We had it handed to us today, and for me that's an opportunity for us to grow."

Eastern manhandled the Grizzlies three times this season and gained a measure of revenge from the last two league tournaments, when it lost to the Grizzlies in the finals. The argument could be made that Montana simply ran out of gas after wins over Idaho on Wednesday and Weber State on Thursday. The upset win over the Wildcats was emotionally draining.

Perhaps the best that could be said about the Grizzlies after that game is they gained valuable experience and did a lot of damage for a team devoid of a senior.

"There were a lot of us that were frustrated at halftime, saying this is not how we want to go out," Parker noted. "We were very embarrassed with the effort we gave at the start of the game. We just didn't want to get punked.

"Second half we tried to come out with more effort and energy, but the way we started was unacceptable."

Making the loss extra tough to swallow was the fact Montana's archrival, Montana State, came through in its Friday upset bid. Despite losing six of their last eight regular-season games, the Cats have played their best when it matters most.

Montana State hasn't won a conference title in 25 years. In fact, the Cats broke a 12-year dry spell by simply reaching the semifinals.

For more on the game, including coach and player comments, log on to missoulian.com