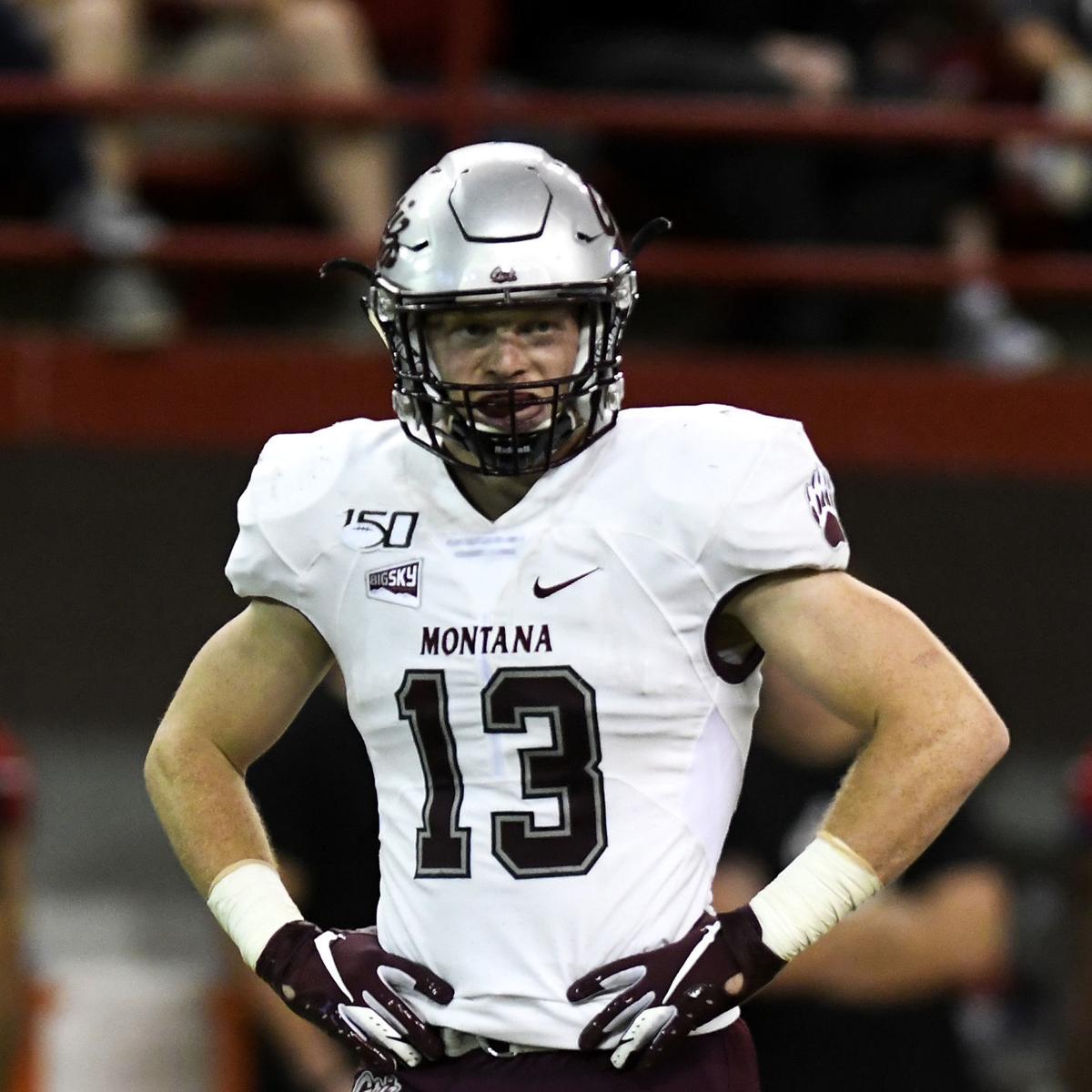 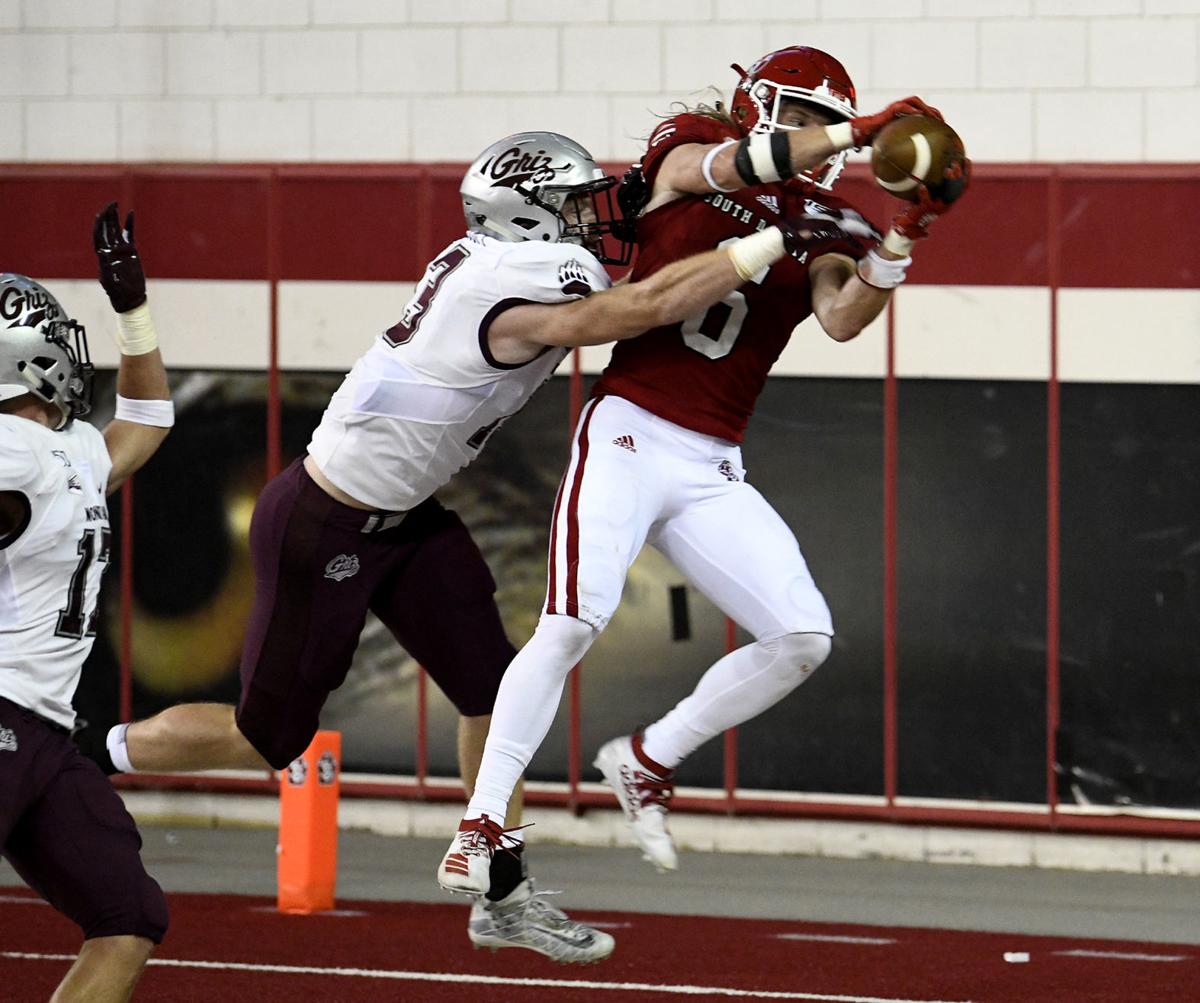 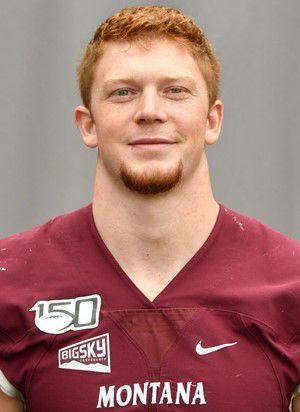 MISSOULA — To say Montana senior Josh Sandry has been a regular presence might be an understatement.

The Bigfork native has been a mainstay of the Griz defense as a safety since the start of his redshirt freshman season in 2016.

Sandry has played in all 34 games since then. It’s a number that’s the most possible up to this point, tying him with just three other current Grizzlies: Justin Calhoun, Dante Olson and Jesse Sims.

The amount of playing the lifelong Montana fan and grandson of a former Grizzly has earned with his hard work and determination isn’t lost on him.

“Yeah, I’ve got a lot of football under my belt here,” Sandry said with a smile this week ahead of Montana’s home opener against North Alabama at 7 p.m. Saturday at Washington-Grizzly Stadium.

“I’m just thankful for the opportunity. I’ve grown so much since a couple years ago when I was a freshman. It’s pretty crazy to be standing here right now as a senior.”

Sandry’s durability has been an understated aspect of his time at Montana. Of the 34 games he’s played in, he’s started 25, including 22 of the past 23.

In those games, he’s displayed his playmaking ability as a coverage safety. His five career interceptions at Montana are the most among anyone on the roster.

Despite that success, his impact is possibly underappreciated because he’s not a flashy, in-your-face, attention-seeking player. He’s a composed and level-headed person, and that has aided as he begins his fifth year at Montana with his degree already in hand.

“He’s a tough guy that really cares about winning and performing well,” Hauck said. “But he’s got the ability to joke around with everybody, which is fun.

“I enjoy interacting with him. I think he’s a funny guy. He’s a fun guy to be around. His coaches like him, his teammates like him, he’s got a good sense of humor, and that makes things enjoyable.”

Sandry has been a longtime Griz fan since growing up two hours north of Missoula on the northern bank of Flathead Lake as an avid hunter and country music fan.

His grandfather, Bruce Olson, played for the Griz as a quarterback, lettering in 1957 and 1958.

“Unfortunately, I wasn’t ever able to meet him,” Sandry said. “He passed before I was born. It’s pretty special that I’ve got a little family history here. To come here and play for the Griz and represent the state of Montana is awesome. It means the world.”

Now standing at 6-foot-1 and 210 pounds, Sandry started playing football in fourth grade for Flathead Valley Little Guy Football after playing in the backyard with his two older brothers.

Suiting up for the Griz, Sandry has gotten to play for safeties coach Shann Schillinger, one of his two childhood idols along with Colt Anderson. He’s also had the opportunity to play for Hauck after committing to former head coach Bob Stitt and spending his first three seasons with him.

Balancing on-field success with exceling in the classroom, Sandry was awarded the Michael R. Jorgensen Endowment Fund scholarship following the 2015 and 2016 seasons, and the GSA License Plate Scholarship after 2018. He graduated with a degree in finance over the summer and declared a second major in psychology that he started this fall.

“It’s been everything I expected, really,” Sandry said of his time at Montana. “It’s just been a dream come true, really. Growing up, I always dreamed of playing here. To get the opportunity to come here and play for a guy like coach Hauck, just a legendary coach and just a great person, I’m pretty grateful.”

Sandry has been a playmaker for the Griz in his time in the defensive backfield. He got into an early groove by playing all 11 games and starting three as a redshirt freshman.

Sandry has picked off five passes, highlighted by a pick-6 against Washington quarterback Jake Browning, who’s now in the NFL with the Minnesota Vikings. It was in that same 2017 season that he battled a tweaked ankle but never missed a game and was named the Big Sky Conference defensive player of the week in October.

Sandry has also blocked a kick, recovered two fumbles, forced another and tallied 144 career tackles, topped by a single-season-high of 61 last year.

Hauck has been impressed with how well Sandry has been in coverage. While as a safety, Sandry plays more like a linebacker compared to the other safeties, sometimes lining up on the edge of the box.

“His coverage skills are a lot better than I thought they would be when I first got here,” Hauck said. “He’s got great hands playing the ball. That’s kind of the thing that surprised me. He does a lot of things well, but I was surprised that he was as good in the coverage aspect as he is.”

Sandry couldn’t point to anything specific that’s led to him excelling in being a coverage corner, crediting Schillinger with helping him on a daily basis in practice and film study.

“I think we just have good coaches that teach us the right techniques,” Sandry said. “Coach Shann, he’s obviously a legend here and played in the League, so he really knows what he’s doing. I’ve just taken what he’s taught me and ran with it.”

Thirty-four games since coming to Montana, Sandry has at least 11 left and the rare opportunity to play in every game of his career. Never on to focus on individual stats, he hopes his final ride is one for him and the team to remember.

“I just want to have as much fun as I can,” Sandry said. “Back when I was a redshirt freshman, you have all these older guys that say, ‘Don’t take it for granted. Time flies.’ And I’d be like, ‘Yeah, yeah, yeah.’ But it really does.

“I just want to have fun with all my brothers, my teammates and win as many games as we can and just have a really memorable season.”