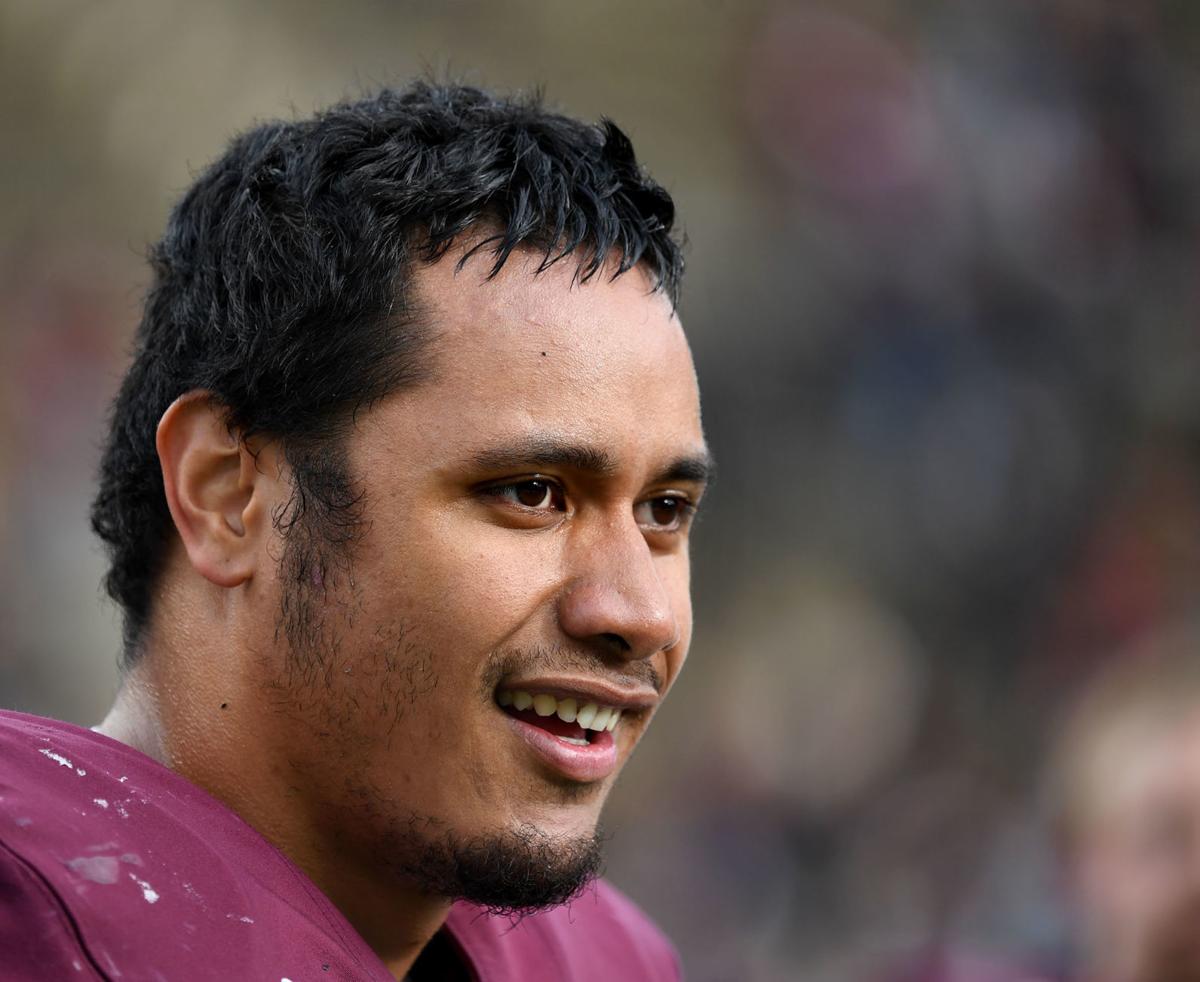 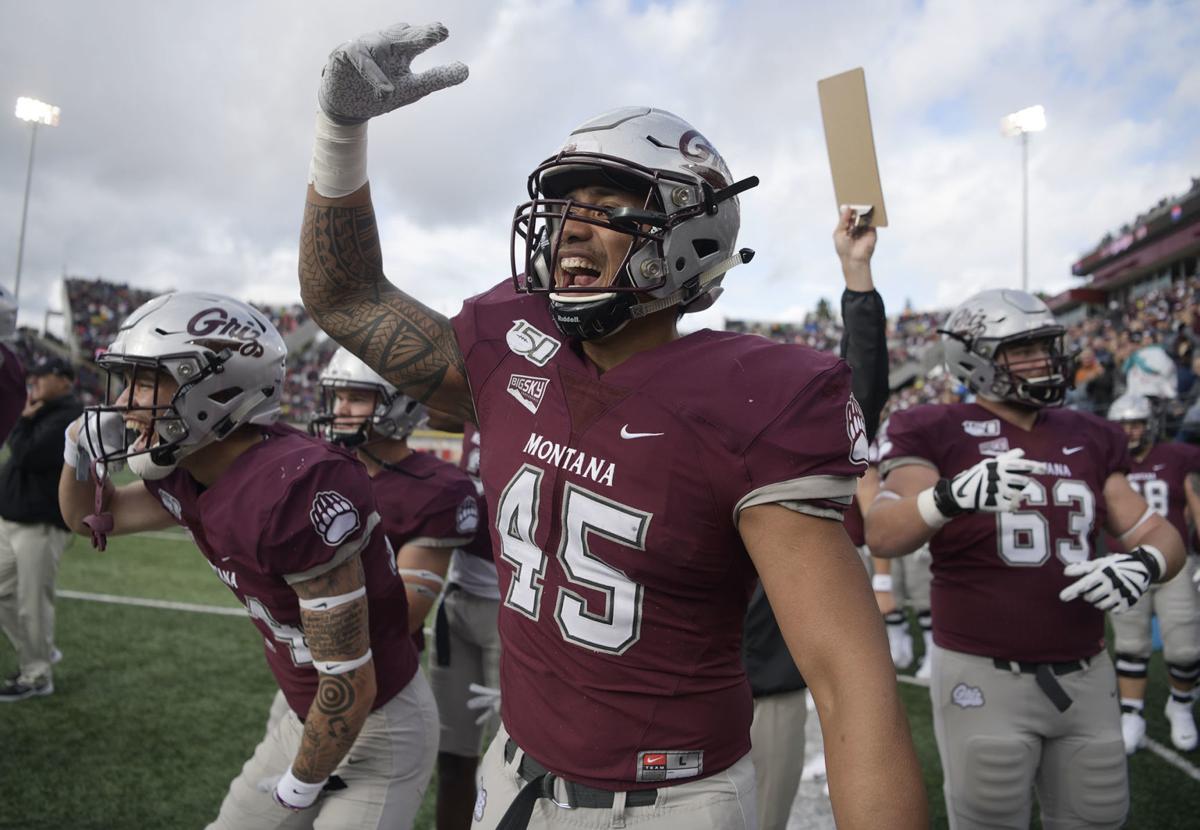 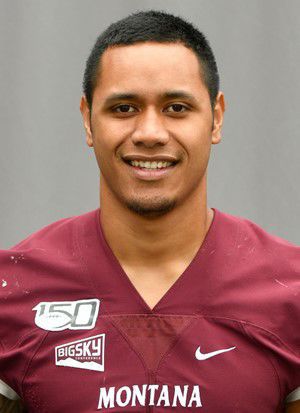 MISSOULA — Perhaps the only thing tougher than properly pronouncing Vika Fa’atuiese’s last name is the iron-willed mentality the defensive lineman brings to the football field.

He’s moved around to four positions in his time with the Grizzlies, suiting up on offense and defense but not seeing much playing time lately. The 6-foot-3, 240-pounder even offered to join the scout team, asking about that this week as Montana prepared to face Sacramento State in a showdown of Top 25 teams.

It’s not uncommon for Fa’atuiese to ask if he can fill in to simulate a certain player on the opposing team. He’s gone to the coaching staff multiple times offering to pitch in wherever he feels he can help out the team since he’s played sparingly in games.

The unusual aspect of the offer is he’s a fifth-year senior. But he doesn’t see playing on the scout team, normally full of first- and second-year players, as something below him.

“Any way I can help, I will,” Fa’atuiese said ahead of the Grizzlies’ game against the Hornets at 7 p.m. MT Saturday in Sacramento, California.

“If those guys need a break and they need an extra guy to come in and sub, I can do it. I love football. I love the X’s and O’s of it. It doesn’t necessarily have to be playing.

“If I can contribute in any way and we’re winning, that’s all that really matters. As long as the team is winning and that team camaraderie is there, that’s what I’m willing to do for the team.”

The attitude of putting the team over the individual is something Fa’atuiese learned growing up in a Samoan family.

That approach and his maturity have served him well in his time in Montana and helped set him up for success after football.

“He’s one of my favorite people because he’ll do anything for his football team to help us win,” Hauck said. “He’s not above anybody. He’ll do any dirty work, anything he can do to help us win. He’s got a team-first attitude. If everybody has that, then we have a good team.

Fa’atuiese was born in American Samoa, a collection of islands that’s a U.S. territory located in the South Pacific Ocean. It’s about 5,500 miles from Missoula, with a quick flight taking about 28 hours.

“It’s a really small island,” Fa’atuiese said of the area with a population of about 55,000. “It’s about as small as Missoula. I literally had one McDonald's there. It’s nothing crazy, but I miss it.”

Fa’atuiese, whose first name is David but goes by Vika, came to San Diego with his immediate family when he was about 6 or 7 seven years old. There were questions if he’d return overseas, but they decided to stay in America because of the better options for school and because other family members moved too.

Even though he was then living in California, Samoan values were still upheld as important. He even got traditional Samoan tattoos on his right arm and left leg when he graduated from high school. Among them are nature-based items like turtle shells, feathers and palm trees.

“It’s really huge on religion. It’s God first,” Fa’atuiese said of Samoan culture. “But it’s always about your family, doing what you can for them. If it’s easier for you to do something but you can’t help them, you’d much rather take the difficult route in hopes that you could help pick them up. It’s always about the overall team than it is than individual, and you’re always thanking God.”

Fa’atuiese has cultivated those values over the years. He largely credits the single mother who raised him by working double shifts.

He also had a grandma and uncles who were there whenever he needed someone to lean on. Then there were people who would bring food over to their house or offer to keep an eye on him.

“I’ve been very blessed in that my situation could have been worse than it really is, but I’ve always had a support system coming from somewhere,” Fa’atuiese said. “My high school coach really took care of me for a bit in high school. I had my best friend’s mom in high school, she was like a second mom to me.

"I just had a bunch of people who were always willing to help me out and lift me up when I needed it. I’ve been very blessed.”

That extended to his time at Montana. He redshirted his first year and was taken in by senior linebacker Jeremiah Kose, a fellow Samoan who had played at the same high school as him.

When Kose graduated after that year, Fa’atuiese changed jersey numbers to Kose’s 45, which was also the number he wore in high school.

“He always watched over me my redshirt year,” Fa’atuiese said. “When you miss your family and are in a different setting and I didn’t take an official visit here, I didn’t know what it was going to be like, but he watched out for me my redshirt year and helped me out, showed me the ways. I’m blessed that I have another person watching over me.”

Fa’atuiese was prepared to attend Colorado of the Pac-12 coming out of Vista High School in southern California. But his offer was pulled two weeks before signing day, so he ended up coming to Montana sight unseen.

After redshirting in 2015, he played in 21 games and started four at middle linebacker across the next two years. He totaled 30 tackles, 2.5 tackles for loss and one fumble recovery.

When Hauck was hired, Fa’atuiese was moved to fullback with a dash of tight end, the latter being a position he played in high school with an emphasis on blocking. In the fall, he added in some linebacker duties as a two-way player but only saw action in four games.

“In an age where people tend to cut and run or cut bait the first time they meet with adversity, he just meets it head on and makes the most out of whatever situation he’s in,” Hauck said. “To me, that’s the most marketable quality one can have coming out of college football but also one of the most admirable while they’re in it.”

This past spring, Fa’atuiese found out the first day of camp that he’d be moving up to the defensive line, a position he had never played before, because the Griz were trying to establish depth. He packed on about 15 pounds to get to 240 so he could hold his own on the line.

He’s played in five games this season primarily on special teams and has just two tackles with one tackle for loss. But the work ethic remains, as does the smile on his face as he cheers on his teammates.

“Most people have said that you could have quit or had a bad attitude about it, but I always had this senior class, just great dudes who’ve always been there for me,” Fa’atuiese said. “Coach (Barry) Sacks been nothing but nice to me helping me learn a new position.

“I’ve got a great D-line room, a bunch of young guys who are going to take over. They’re ballers. I love watching them and seeing people grow.”

Fa’atuiese recognizes his football playing days are winding down. He has his sights set on becoming a firefighter, a line of work where teamwork is emphasized and assisting others is the main priority.

As Fa'atuiese continues to impact others, his name should be remembered, no matter how tough it may be for some to pronounce.

“It’s another thing of helping people,” he said of being a firefighter. “I just want to help people and give back.”

Fresh off the bye week, the No. 5 Montana Grizzlies were upset by No. 15 Sacramento State in California.