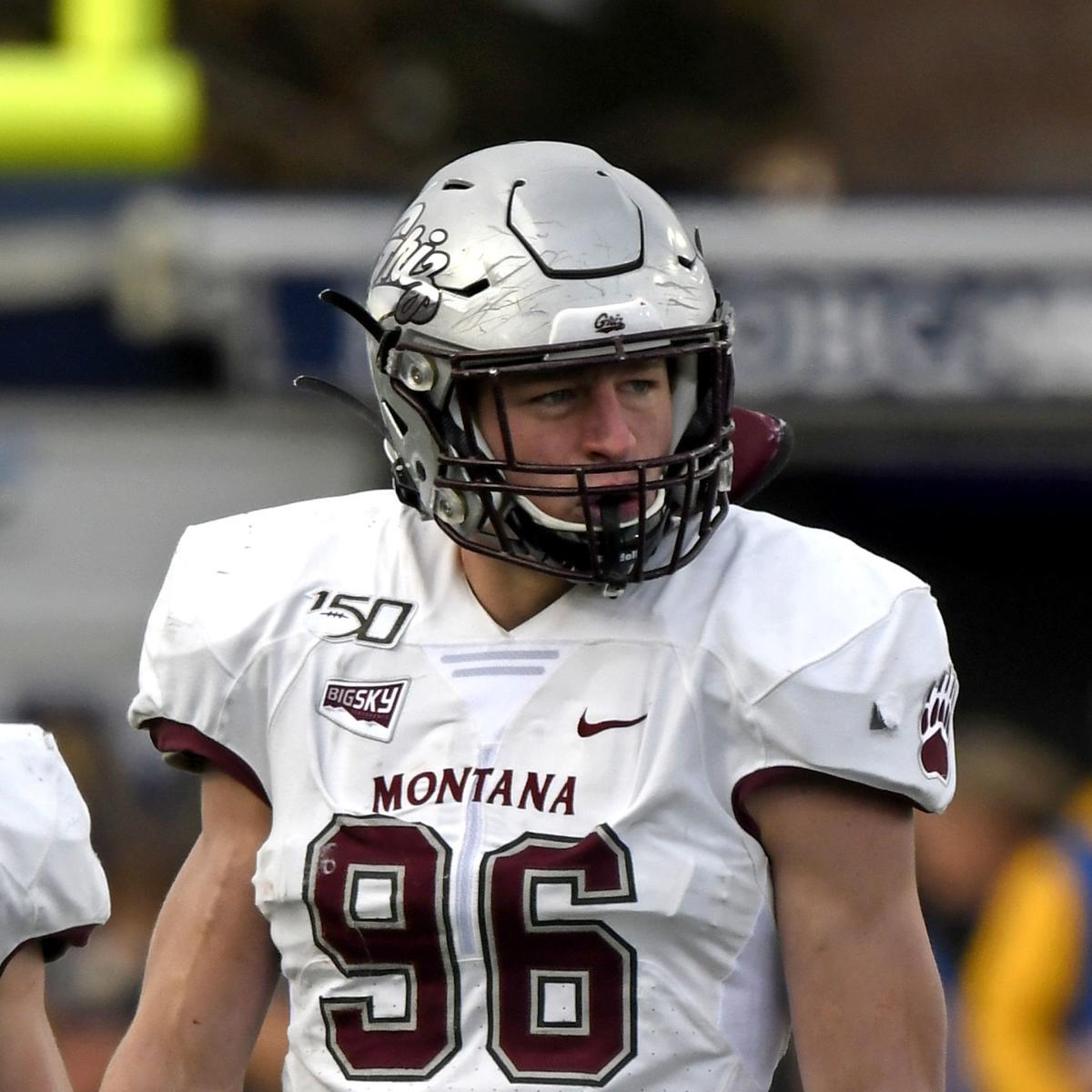 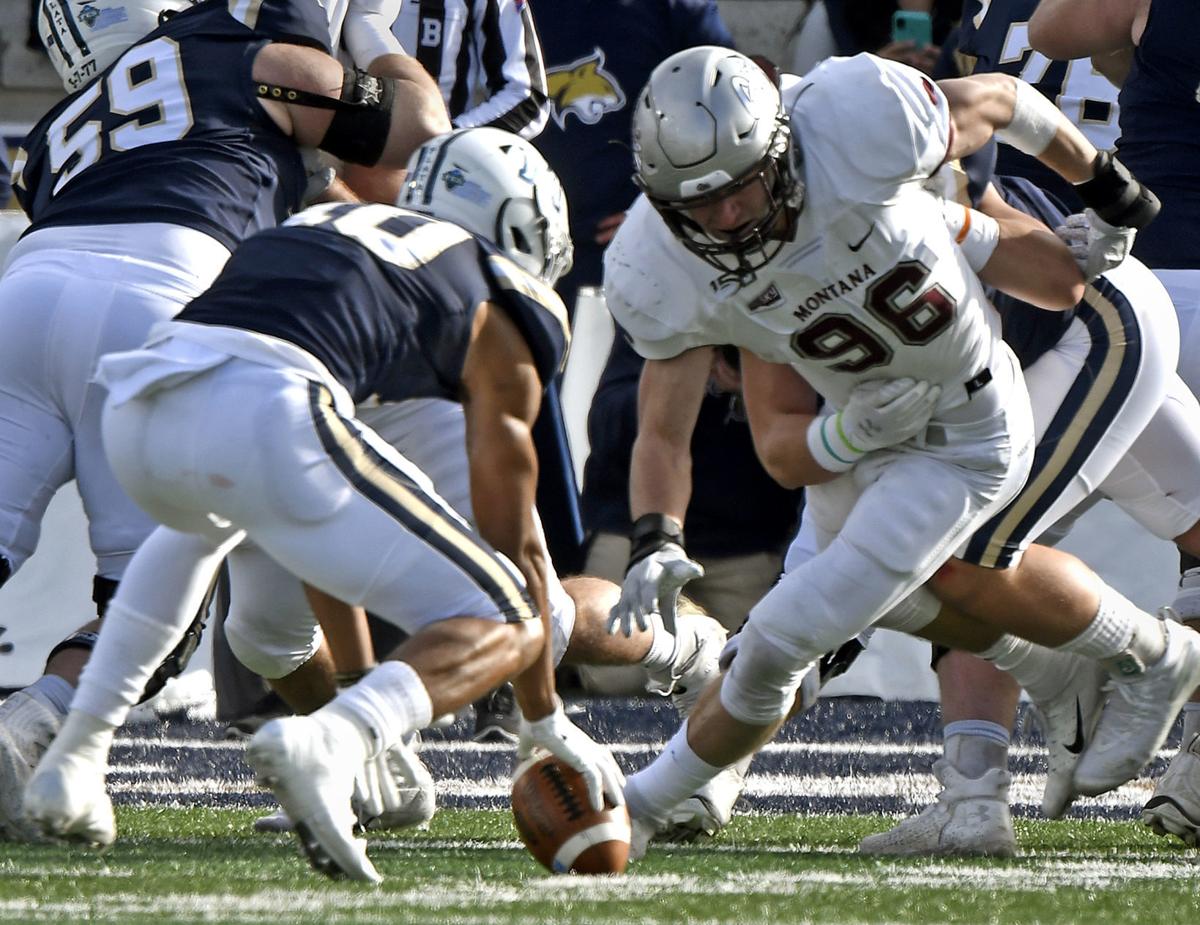 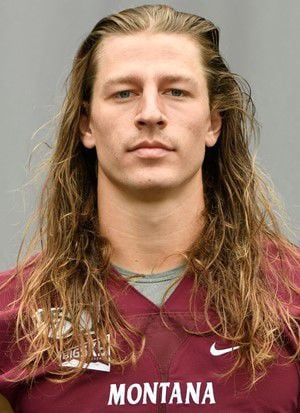 MISSOULA — Ryder Rice’s truck holds a story that reveals quite a bit about the Montana senior.

It's a Chevy Silverado 2500 HD pickup. It’s mocha colored with a chrome finish and has a lift kit, fender flares and a grill guard. It harbors un-repaired hail dents and is rated at about 15 miles per gallon.

Rice bought the vehicle on a whim before he moved from Savage to Billings to begin playing college football at Rocky Mountain College prior to the 2015 season.

“It was way too expensive,” Rice said with a laugh prior to Montana’s second-round playoff game against Southeastern Louisiana at 1 p.m. Saturday in Washington-Grizzly Stadium.

“I shouldn’t have done that. That was a gamble. But it’s still here. I still got it. But man, my pocketbook is starting to hurt right now because I’m about out of money.”

Rice’s impulsive buy isn’t out of the norm for him. He relies on instincts more than spending long periods of time weighing the pros and cons of a decision. He credits picking up the procrastination trait from his father.

That aspect of Rice’s personality is what helped him land at Montana. After an All-American season at the NAIA level, Rice decided this summer to grad transfer to the Griz for his final year of collegiate eligibility because of a coaching change at Rocky and the desire to prove to himself that he could hang at a higher level of competition.

“Shoot, I fly by the seat of my pants, man,” Rice said. “I don’t make decisions until I have to right before they’re going to happen. I don’t fret over it or nothing. It’s just my habit of not knowing what I’m going to do until the decision comes.

“I didn’t even know I’d be coming here. I did all of spring ball at Rocky. Then it ended and one day, I was just like, ‘Alright, I’m doing it.’”

Rice pulled the trigger of jumping from NAIA to Division I despite no promise of being a starter, let only even getting playing time off the bench. It was a wager he placed on himself, venturing out in the unknown.

He’s come through to a degree, playing in all 12 of the Grizzlies’ games and starting six of them, putting up respectable stats in the process as the Griz are turning around their program.

“He just had to believe in himself,” said Montana coach Bobby Hauck, who couldn’t recall ever taking an NAIA transfer in his previous stint at UM from 2003-09. “He bet on himself and won.”

Rice was born in Billings but grew up in Savage, a Montana town of approximately 400 people on the eastern edge of the state where his high school had about 30 kids. It would be a while after moving to Savage at age 1 that he'd became the tall player he is now, standing at 6-foot-6 and 215 pounds while sporting long brown hair.

Rice started playing flag football around third grade, following in the footsteps of his father, an All-American linebacker at Rocky Mountain College. By fifth grade, he got into tackle football, playing an 8-man version of the game but checking in at about 70 pounds, he recalls.

By eighth grade, Rice grew to 5-2, 105 pounds. He took one leap to 5-7 and 130 pounds as a sophomore playing 6-man football. It was his junior year where he exploded up the charts, setting him on the path to where he is now.

“Junior and senior year, I started growing a lot,” Rice said. “That was where it took off. That’s where I really knew football was what I wanted to do. When I was little, I always wanted to play football because of my dad, but as soon as that growth spurt hit, that’s when I really decided I wanted to do this.”

Rice credits his parents and his upbringing with helping develop his work ethic. He worked alongside his dad drilling water wells during high school in addition to having worked at a disaster restoration company. He also worked on the 15,000-acre ranch on his mom’s side of the family where they had 300 head of cattle and grew wheat.

When Rice came to Montana, he jumped straight into work during player-run-practices over the summer. Naturally quiet, he didn’t talk much at first, speaking with players in his position group but soon after becoming friends with seniors who are around the same age as him, specifically Josh Sandry, Jesse Sims, Dante Olson and Dalton Sneed.

As much as he likes to work, Rice also enjoys having fun. He loves to snowboard and wakeboard, activities in which some risk is involved.

His long, flowing hair fits in with that free-wheeling nature. Rice started growing it because his dad began going bald and warned him "some day you’re going to look like this, man, so you better grow it while you got it."

Rice hasn’t been able to bring himself to cut his hair, so he tucks it inside his jersey so that it doesn’t get yanked by an opposing player on the football field.

“I just never had the cojones to cut it,” Rice said. “People always make bets with me, and I’m just like, 'I can’t do that.'”

So, would winning a national title this year be a big enough accomplishment to cut his hair?

“Yeah, I’d let Bobby Hauck shave my head if we won a national title because he hates my hair,” Rice said. “He hates long hair. He thinks you look like a hippie. He’s just not a big fan.”

Hauck has been a fan of the grad transfer in his short time in Missoula. Rice made quite the impression in the season-opener, recording a sack on the first snap of the year.

He’s gone on to start six of 12 games this season, tallying 24 tackles, four tackles for loss, one forced fumble, one fumble recovery, one quarterback hurry and one pass breakup. It’s not the stat line of 56 tackles, 16 TFLs and 12.5 sacks he put up at Rocky last year, but Rice is also no longer at the NAIA level.

“He’s got a good motor and plays hard, which makes him fit in with us,” Hauck said. “He’s smart, so he’s able to learn things quickly. He’s got a small-town Montana toughness about him. He’s just got enough ability to do it. That’s kind of it. And he wants to.”

The transition from NAIA to Division was tougher than going from 6-man football in high school to the college level, Rice felt. The 6-man game was a free-flowing affair where everyone had to cover in space, while playing on the defensive line at Rocky meant he had to mostly worry about charging forward toward the O-line.

Rice thought he’d stay on the D-line at Montana, but he’s played at REB, a hybrid lineman/linebacker position. The defensive scheme wasn’t too different than Rocky, but the signals and calls for plays were all brand new to him. It took him about two weeks into fall camp to feel comfortable, though he admits he still makes mistakes.

“I knew it’d be hard,” Rice said. “I knew it’d be fun. And I knew that the coaching style was going to be very aggressive. It’s ‘do everything right’ or you get yelled at. It’s been a great experience. I’m totally glad that I came here.”

The move coincided with a coaching change at Rocky Mountain College. Rice had thought about challenging himself at higher level, and when there was a new coaching staff in Billings, he figured if he had to learn a new system for one season he might as well try to go to Div. I.

His original plan heading into college was to play two years there than try his hand at Montana State, but he enjoyed the previous coaching staff that was at Rocky.

When they left, Rice made what he called “the hardest decision of my life” after his junior year, leaving friends and joining a team in which he knew only one person: Sidney native Michael McGinnis. He's made friends at Montana and is supported back in Savage, where he's seen people with Griz gear and his No. 96 jersey and has had kids ask for his autograph.

“It’s been really cool to be accepted into the brotherhood and by the coaches and not be discriminated against because I’m a transfer because some systems hold that against kids for not going through the whole battle of coming somewhere and putting in work from freshman year to senior year,” Rice said. “They took me in. They coached me hard. And they just accepted me into the family and the brotherhood. It’s been awesome.”

The move has also provided Rice with the opportunity to learn in Montana’s MBA program as he works toward a business career.

But for now he’s focused on ending his time at Montana in a positive way on the field. He’s not satisfied with his play on the field, but he’s excited to still be playing football in December in the playoffs, weeks after his former team had their season end.

“Obviously, I haven’t had the success I had at Rocky, but I wouldn’t trade this experience,” Rice said. “We have the opportunity to make a big run in the playoffs because we got the guys and the coaches to do it. So, I’m really happy that I could extend my senior year like I have.

“I think I made the right choice, and I’m proud and grateful for my decision that I made at the last minute there.”