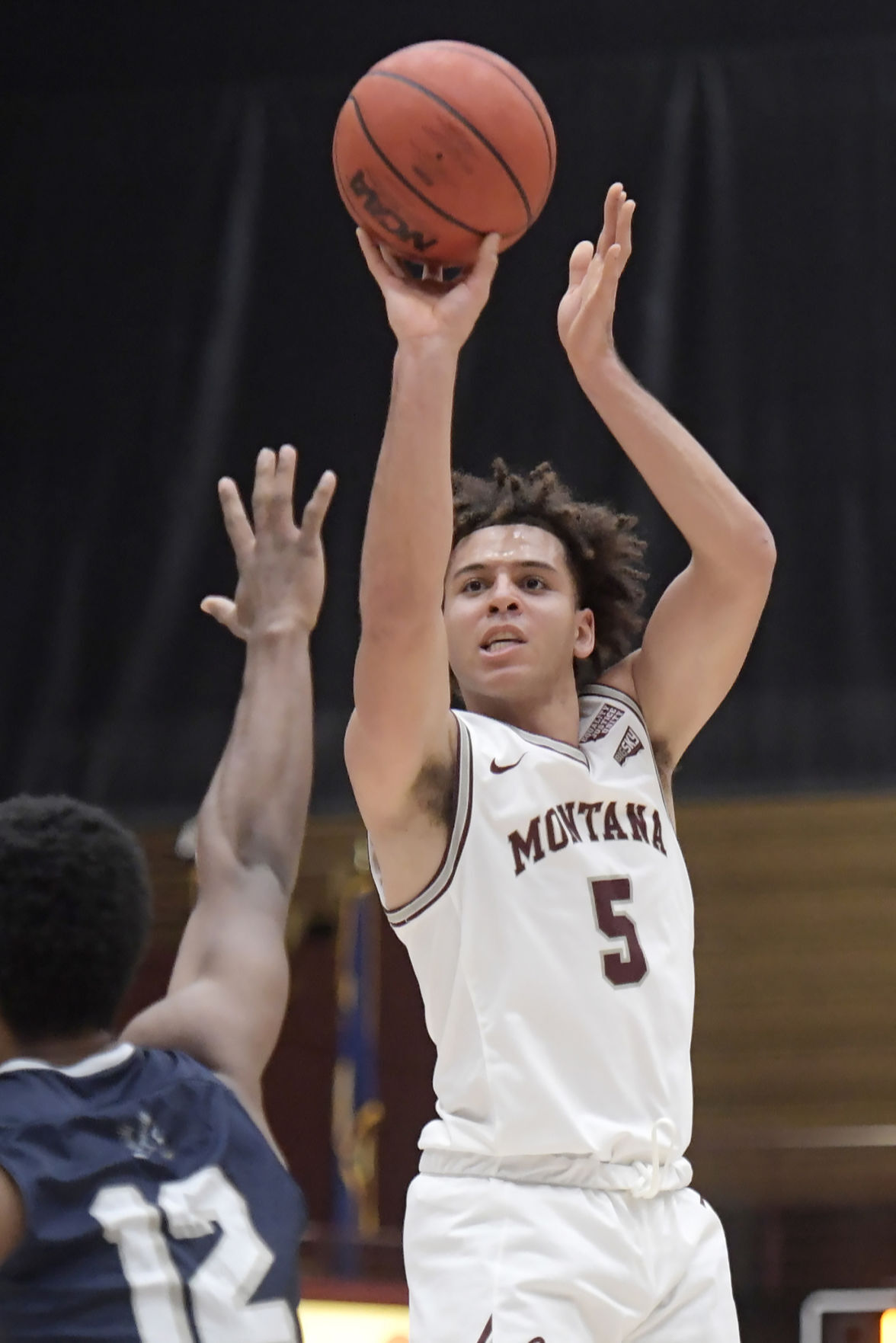 Montana guard Robby Beasley (5) shoots for three in the second half of Friday's game against Dickinson State. The Grizzlies steamrolled to their third straight win. 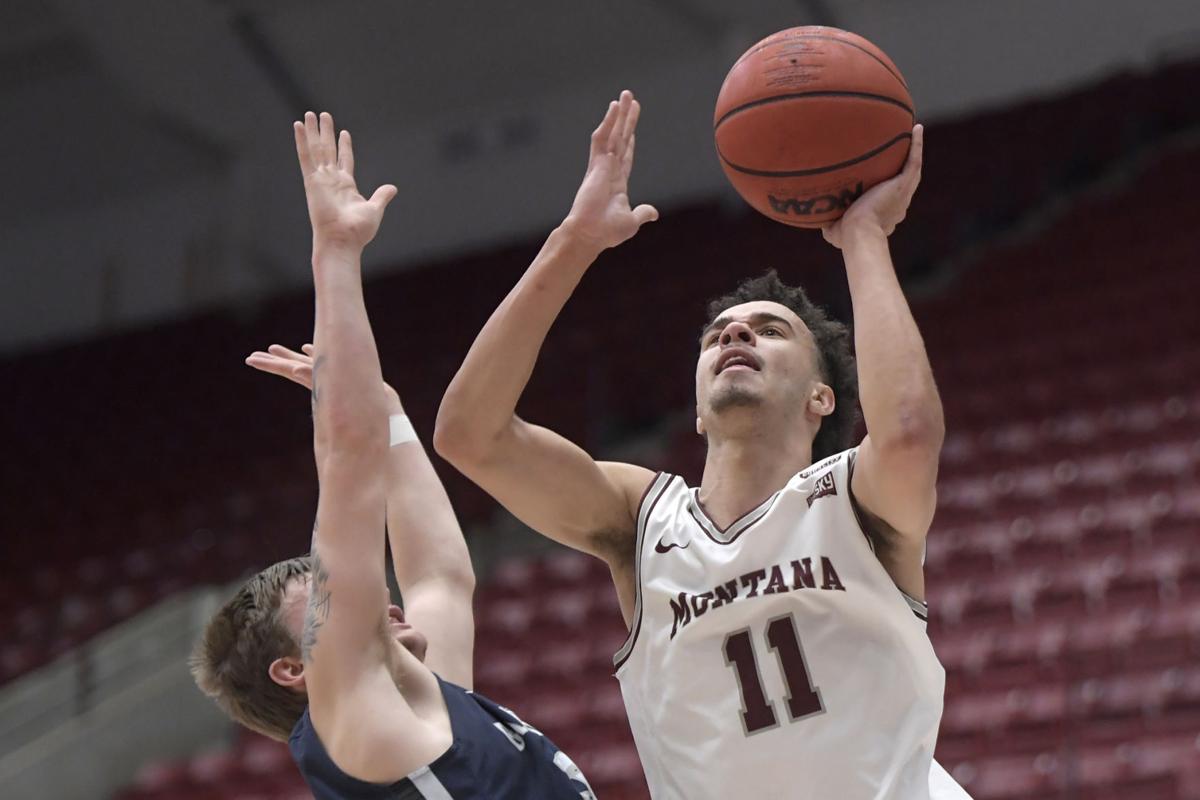 Montana Grizzlies guard Cameron Parker (11) shoots in the first half of Montana’s 78-51 win over Dickinson State on Friday at Dahlberg Arena.

Montana guard Robby Beasley (5) shoots for three in the second half of Friday's game against Dickinson State. The Grizzlies steamrolled to their third straight win.

Montana Grizzlies guard Cameron Parker (11) shoots in the first half of Montana’s 78-51 win over Dickinson State on Friday at Dahlberg Arena.

MISSOULA — The biggest win for the Montana men's basketball team on Friday afternoon was in the training room.

The Grizzlies downed Dickinson State, a NAIA team, 78-51 for their third-straight win to move to 3-4. That's important too, but perhaps equally so was the fact all 13 players currently on the roster were active and played minutes.

As head coach Travis DeCuire tightens down his roster and the Grizzlies move into Big Sky play, that likely will not happen again. But for the first time this year, everyone was available.

Touted freshman Robby Beasley III got early rotation minutes in his debut and fellow newcomer Hunter Clarke, who arrived to the team mid-semester from Australia, was able to get on the court as well.

"I thought his energy was high. I think he was a guy that was excited to be out there and whatever positive happened for him, he was looking forward to experiencing that," DeCuire said of Beasley after the game. "We just wanted him to get his feet wet and have fun."

Beasley has apparently been dealing with a knee injury and missed the first six games of the season. He was wearing a light wrap on his right knee, but displayed tremendous speed with the ball in his hands.

A three-star recruit, according to ESPN and Rivals, he is expected to make an impact this season. The Dublin, California, native finished with five points on 2-of-6 shooting and recorded a rebound, two fouls and no turnovers in 11 minutes.

"It felt great," Beasley said. "I haven't been on the court in six months, so I came in and I was a little antsy, you know? A little excited. I was slipping and falling, but it felt really good to get out there and just play."

Montana has dealt with several injuries to start the season, including a concussion suffered by DJ Carter-Hollinger that forced him to miss three games.

The sophomore forward played against Washington, though he suffered through foul trouble to play just 10 minutes in the upset win and attempted just two shots, missing both. He was 2 of 6 from the field against Dickinson State and scored six points, also tallying four rebounds, two blocks and an assist in 27 minutes.

Clarke's debut was a little more muted, as he came on late in the second half and played five minutes and missed his only shot, a 3-point attempt. He did grab a rebound and was called for a foul.

The win was Montana's third in a row, though two of those have come against non-NCAA teams. But getting all the pieces playing together is important.

"I'll take a win, of course. Get in rhythm here to get a few in a row," DeCuire said. "We needed a win, right? We picked up this game and the Yellowstone (Christian College) game for a reason and I think we accomplished those things.

"Biggest thing for us was an opportunity to just find more areas of growth and some consistency."

Six-straight empty possessions for DSU, however, allowed the Grizzlies to build a nine-point advantage. UM held a 41-33 lead at the break.

The Grizzlies had 54 points in the paint and were able to drive in against the much smaller Bluehawks at will. Montana also recorded 12 assists on 33 field goals.

"I feel like we've sort of put an emphasis on moving the ball as a team and I think we're sort of reaping the benefits of just moving the ball, playing together a bit better over the past couple weeks," Bannan said. "It's fun to play in that system."

NOTES: Next up for Montana is a game at Arizona on Tuesday ... DSU shot just 19 of 52 from the field ... the Grizzlies outscored the Bluehawks 37-18 in the second half ... DSU head coach Derek Selvig, in his first year, is a former star Grizzly forward ... 12 of 13 players scored for UM.

Montana is improving vastly and quickly, but the trick will be continuing to do so