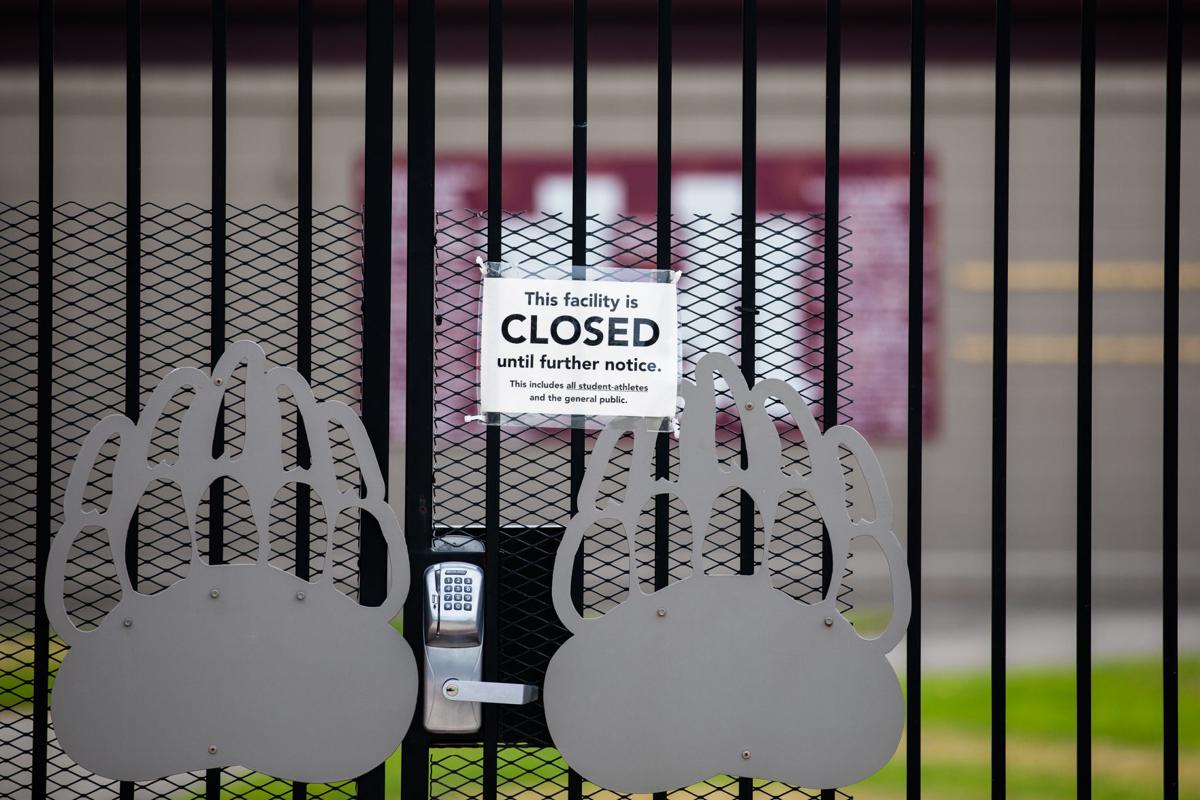 A "closed" sign hangs from the gates at South Campus Stadium on Thursday afternoon, where the Montana soccer team plays and practices. The Big Sky Conference announced it will be postponing all fall sports until the spring due to concern over COVID-19 on Thursday morning. 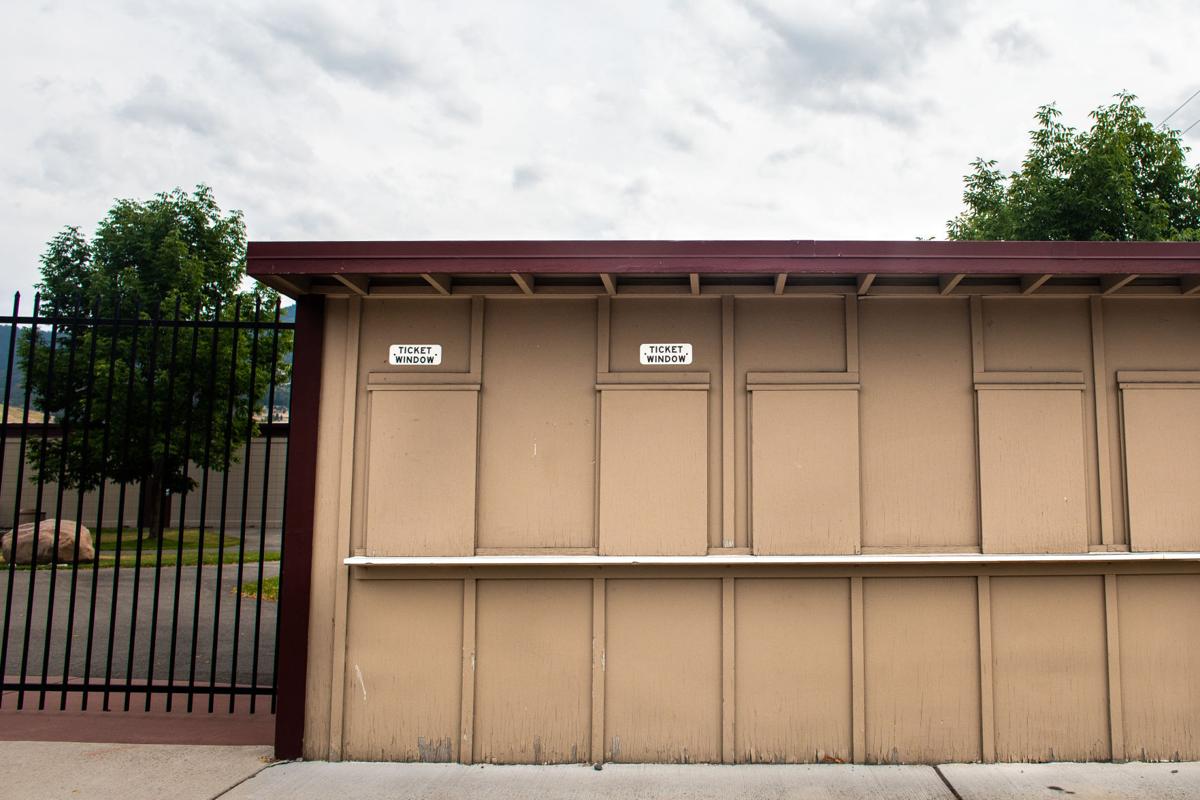 The ticket windows at South Campus Stadium, where the Montana soccer team plays and practices, remain closed. The Big Sky Conference announced Thursday morning all fall sports will be postponed until spring.

A "closed" sign hangs from the gates at South Campus Stadium on Thursday afternoon, where the Montana soccer team plays and practices. The Big Sky Conference announced it will be postponing all fall sports until the spring due to concern over COVID-19 on Thursday morning.

The ticket windows at South Campus Stadium, where the Montana soccer team plays and practices, remain closed. The Big Sky Conference announced Thursday morning all fall sports will be postponed until spring.

MISSOULA — Big Sky Conference volleyball, cross-country and soccer will not compete this fall, the league announced on Thursday morning.

All fall sports will now be pushed to spring 2021, along with the non-championship parts of the season for golf, tennis and softball. All teams will still be able to practice and continue with permissible athletic activities as long as they follow local and state health guidelines.

The Big Sky had previously postponed its football season to the spring on Aug. 6. Conference member Eastern Washington said on Monday it would not participate in any fall Big Sky sports.

"I think the decision was inevitable," Montana Athletic Director Kent Haslam said. "Now we bring closure and we know what fall looks like … in a way, there's is a sense of release and closure, but there's also a great sense of disappointment and heartache for the student-athletes."

The decision comes after a Wednesday meeting of the Presidents' Council. Montana and Montana State both plan to continue practice within the established protocols and regulations set forth by the NCAA as well as local and state health departments, both programs said.

In a statement to the Missoulian, Montana State Athletic Director Leon Costello expressed his feelings on the postponement, but also supported the conference's decision.

"We are disappointed for our student-athletes, coaches and staff that have worked so hard to prepare for this fall," Costello said. "We are also disappointed for our great Bobcat fans. However, we understand and support the Big Sky Conference and the Presidents' Council for placing the health and safety of everyone at the forefront of this decision. We are excited to prepare and play this spring."

Montana State said its football team is currently on a multi-week break as it figures out how many countable practice hours per week will be allowable. Griz head volleyball coach Allison Lawrence said her team will continue to practice and adjust as additional guidelines are handed down.

Lawrence was not shocked by the decision, she said, adding that having an official decision was something of a relief to both her coaching staff and players.

She also said simply having her players back around and together was very important.

"We were prepared emotionally. I kind of think we all saw the writing on the wall in the last couple of weeks," Lawrence said. "I think hearing the news was just a really nice moment for us to officially sort of move on from the limbo period. So it didn't feel like heavy news. It felt like news we were expecting."

UM soccer coach Chris Citowicki had a similar reaction and simply just wanted a plan in place. There will be complications — UM soccer often uses Washington-Grizzly Stadium in the winter and early spring when the football team normally is not using it — but those details will be sorted out.

Citowicki said that even practicing at Fort Missoula, which is field turf like Washington-Grizzly, could be an option.

"I just feel like we were Moses waiting for leadership. And as soon as we, as soon as you have leadership and people telling you what to do, then you gotta go do that," Citowicki said. "And that's frustrating when you sit around and you wait, like, 'Well, are we going, are we not going?' We've just been sitting around waiting for the Big Sky and the NCAA.

"Now that we've been told what to do, there's a reinvigoration as an excitement, as an energy towards the full developmental segment and energy towards playing in the spring, and we're just ready to get rolling again."

While volleyball and soccer likely will proceed with something of a normal schedule, much is up in the air in regards to cross-country. Student-athletes who participate in cross-country often also compete in indoor and outdoor track and field.

Eligibility in each sport is counted separately, so having cross-country and track and field at the same time may force student athletes to pick one sport. A decision regarding those sports will be complex.

"With cross-country championships, it's about how you run it and where you run it and when you run it, and I know those things have all been talked about," Haslam said. "Trying to have those three sports condensed into a five-, six-month period, that's a challenge. There's no doubt it's a unique sport."

In a league statement, Big Sky Commissioner Tom Wistrcill said the Big Sky's efforts were focused on a spring season. Decisions regarding conference winter sports — men's and women's basketball and indoor track and field — will be made later.

“While I am confident that our conference is making the right decision for the health and safety of our student-athletes, it breaks my heart knowing how disappointing this will be to all of them who were eagerly anticipating the opportunity to compete this fall,” Wistrcill said in the release. “Our efforts in the conference office now will focus on doing everything within our power to make their spring season the best that it possibly can be, which includes advocating for their NCAA championships to be held then.

"As campuses begin reopening this fall, we hope that everyone remains safe and healthy while we continue to learn more about how best to manage this fluid situation and its impact on higher education.”

The Big Sky has not put together a revised spring schedule for any of the sports that have been postponed. It is not known how long the season will be or what the Big Sky championship format for those sports will look like.

Haslam said the conference will work back from whatever the NCAA decides as far as its championship schedule.

While schools still figure out what their practice schedules will be like, at UM the Champions Center will be open and students will be able to seek academic help. Scholarships will still be honored.

"All these decisions close some books and close some chapters," Haslam said. "But they also open up a number of questions."

All fall sports in the Big Sky have been moved to spring 2021.