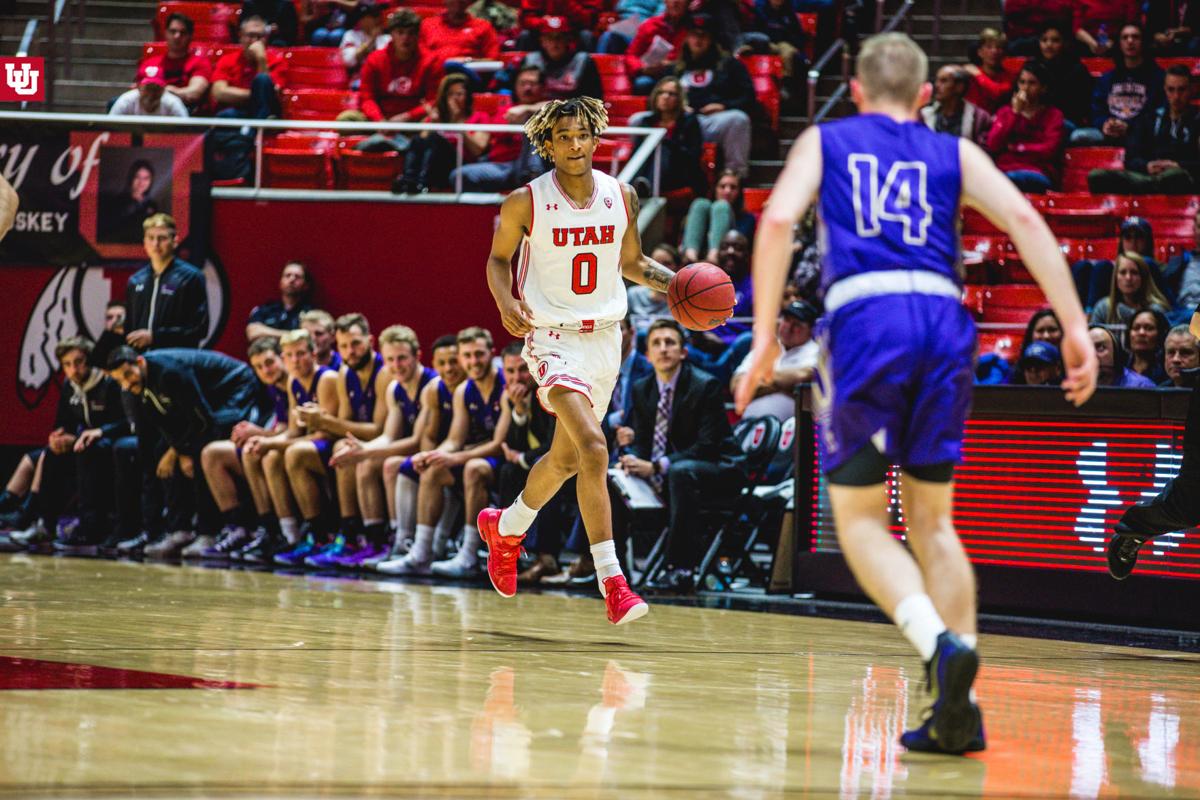 Naseem Gaskin (0) announced he was transferring to Montana after one season at Utah. Gaskin, a former three-star recruit from Oakland, California, redshirted in his lone season with the Utes. 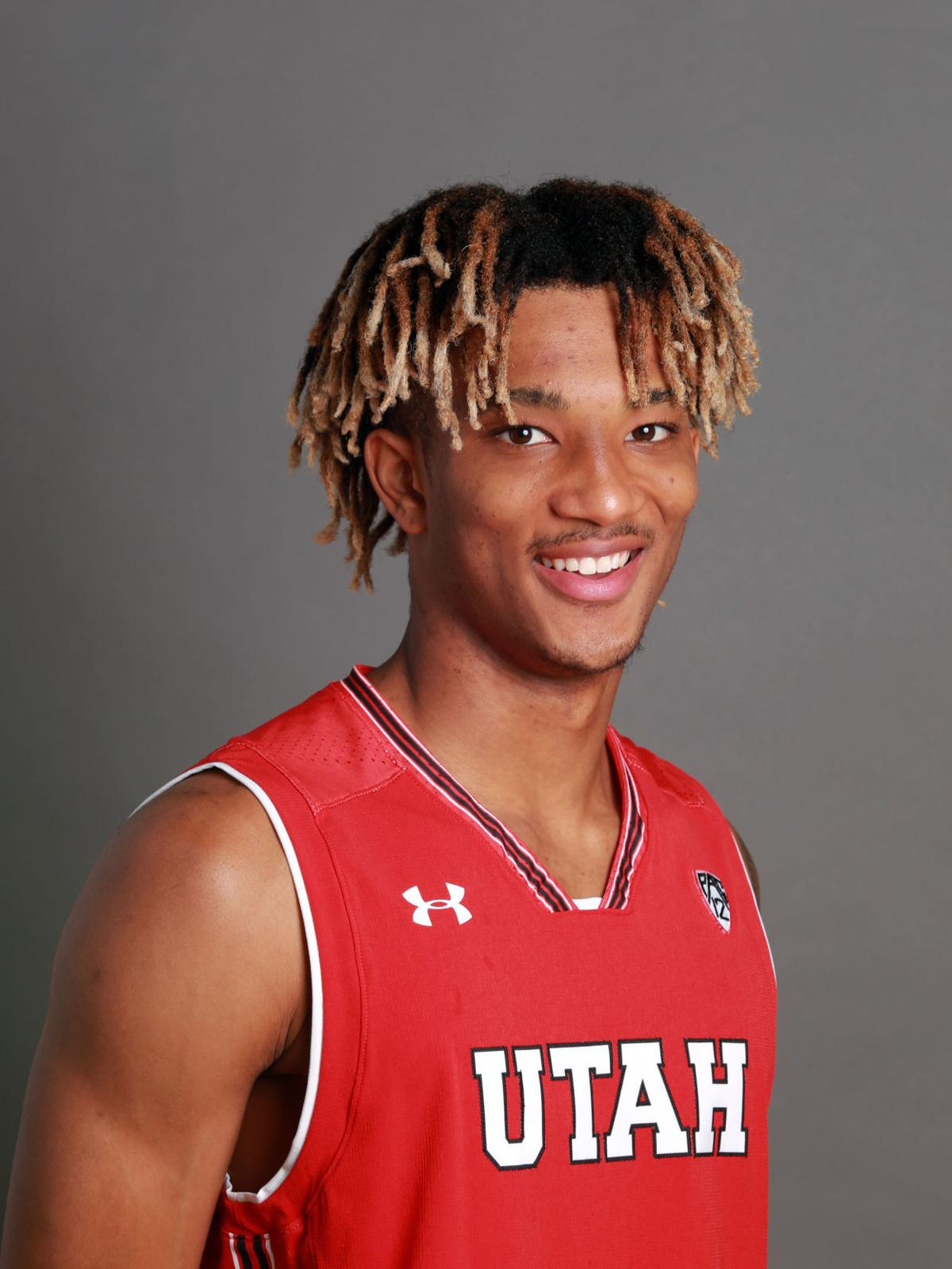 MISSOULA — Rarely does a college basketball player enter the transfer portal at the end of the summer. Normally, the wave of transfers hits almost right after the season ends so players can find new teams almost immediately.

But Naseem Gaskin took a different route. At the end of July, Gaskin opted to leave the University of Utah after just one season in which he redshirted. He hit the transfer portal as one of the latest additions in search of something different.

Lucky for Gaskin, one of his original top two schools — Montana — came calling.

When he initially picked Utah, his top two options were the Utes and Grizzlies. UM, searching to fill two scholarships of its own, immediately reached out to Gaskin if he wanted to come join the program after he hit the portal and the Oakland, California, native didn't take long to make it happen. He announced over his Instagram account last Saturday that he would be joining Montana for the 2019-20 season.

He took a longer route, but Gaskin will finally be a Griz.

"I built a really good relationship with the coaching staff since I was in like eighth or ninth grade," Gaskin said. "I knew coach (Chris) Cobb and Trav (DeCuire) for a while and they've had a whole lot of interest in me."

The allure of playing in the Pac-12 was too good for Gaskin to pass up, so he chose the Utes over the Grizzlies the first go-round.

"It was a really tough decision between the two. Being on that high stage, playing in the Pac-12, it was something I dreamed about," Gaskin said. "Just to be able to play against all of those players and be on that stage was big."

Though he sat out in his lone season with Utah, Gaskin, who is listed at 6-foot-3, 175 pounds, said he learned a lot from his teammates, though sitting wasn't easy after a standout prep career at Bishop O'Dowd High School where he was a three-star recruit.

"It was a really good experience (redshirting). I was able to travel and get to experience that atmosphere of going to Arizona and the Pac-12 tournament and all," Gaskin said. "Being able to practice with the team was also pretty amazing.

"It was humbling because I played with a lot of vets and older guys (at Utah). Just learning from those guys and just sitting back and asking questions and everything was a first for me. Just getting used to that was pretty tough but I was able to adjust and I learned a lot from those guys."

But ultimately Gaskin felt playing elsewhere would be better for him so he opted to leave Utah. He said Washington State was recruiting him pretty hard and wanted him to visit. UC Santa Barbara, as well as many junior colleges wanted him too.

Those early relationships with DeCuire and Cobb made Gaskin's decision to move on easier. Gaskin said he did not visit Missoula this second time around but he did when Montana originally recruited him out of high school, so he was familiar with the campus and city.

He added that Montana's successful pipeline with Bay Area players was another draw, with Gaskin mentioning Will Cherry, Sayeed Pridgett and Timmy Falls specifically.

All of that stood out for Gaskin, which is why he chose to come to Missoula rather than stay in the Pac-12.

"What Montana had to offer like development as a point guard was nice," Gaskin said. "They're going to put me on that stage and let me make mistakes and just be the player that I am. They know what I'm capable of doing and they're ready to let me showcase that."

At first Gaskin wanted to try and stay with Utah. But when he realized it was time to move on, he was one of the latest players in the transfer game, something he admits was tough.

"I wasn't sure if it was the right decision for me to leave so I tried to stick it out until the end of the summer," Gaskin said. "But everything didn't work out so I decided to do that. It was tough because a lot of schools that wanted to recruit me didn't have a scholarship, so it was hard for me to decide if I wanted to go to junior college or sit out another or send a waiver into the NCAA."

By NCAA rule, Gaskin will have to sit out the 2019-20 season due to transfer rules unless he is cleared early by the NCAA. Kendal Manuel went through something similar last season after joining Montana after three years at Oregon State. Manuel was cleared by the NCAA two days before Montana's opener against Georgia State last November to be able to play right away as opposed to sitting out a year.

Gaskin said he's currently in the process of "trying to figure that out right now." Gaskin's commitment means UM has 12 of its 13 scholarships filled for the 2019-20 season.

In his senior year at Bishop O'Dowd, the same high school Cobb attended, Gaskin averaged 14.5 points, 6.7 rebounds and 1.7 assists per game and he racked up multiple honors as one of the best players in the area, including from the Bay Area News Group, the San Francisco Chronicle and MaxPreps.

Gaskin said he'll get to Missoula on Aug. 24 and start getting situated and join the team for workouts. And whether he can play right away or not, Gaskin said he's just excited to join the Griz and start improving his game while starting fresh.

"I know everything will work out. I'm in good hands," Gaskin said. "I'm just ready to get better and grind."