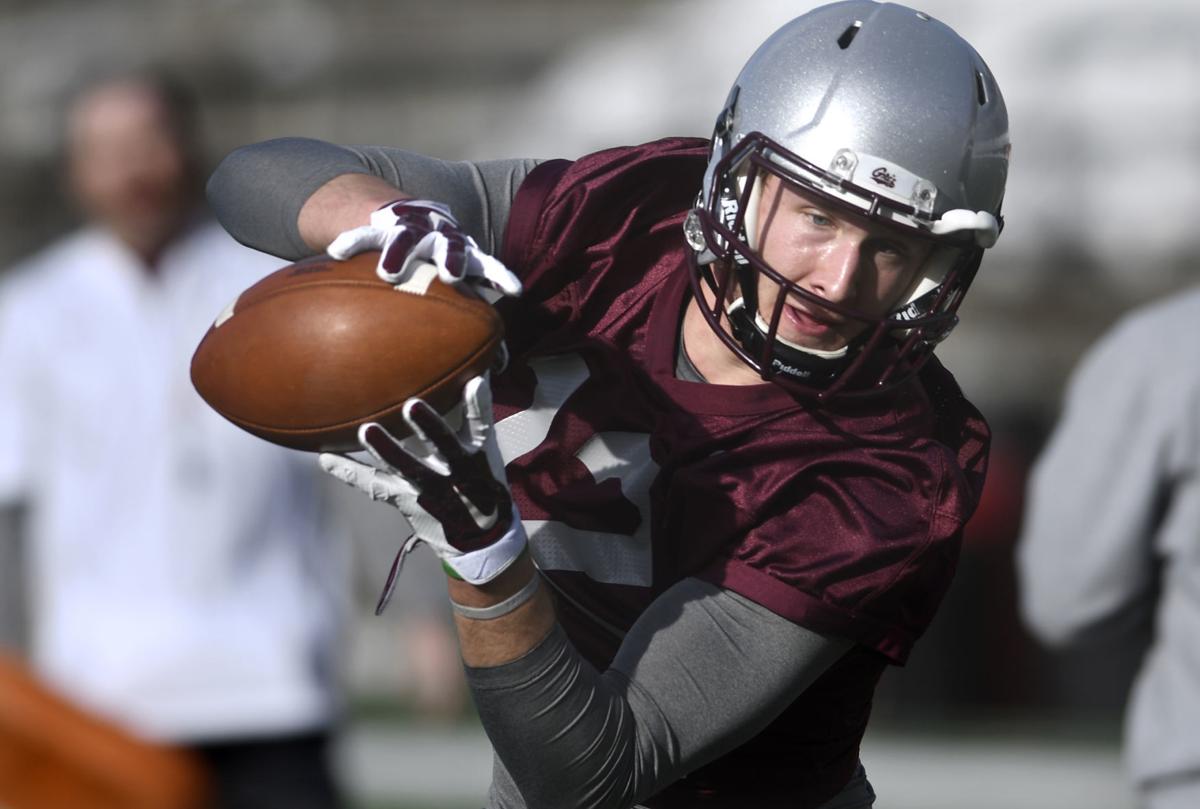 Montana tight end Caleb Hill makes a catch during practice in the spring of 2018. Hill, who played baseball in high school, was selected by the Boston Red Sox during the MLB Draft on Wednesday. 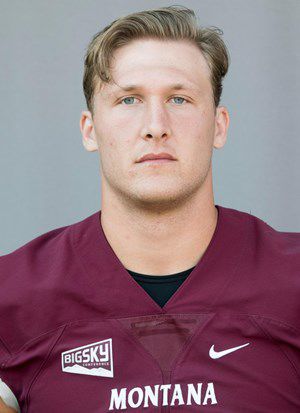 MISSOULA — Former Montana football player Caleb Hill was going to give the NFL a shot, but as his struggling senior season wound down, he thought his days of playing sports were over.

But then an area baseball scout for Boston who heard about Hill came out to the Grizzlies game at Idaho on Nov. 10 to meet him. The Red Sox were the lone team to reach out to Hill, who went back into baseball training mode after four years away from the game and was surprised himself when he was drafted by Boston on Wednesday.

Hill was at home with his younger brother Eli and sister Brianna watching TV and streaming the radio call of the draft on his phone when he found out he was drafted. Since Boston was the only team he was expecting to select him, he and his siblings would mute the TV every time Houston’s pick came up since the Astros, his favorite team, were drafting right before the Red Sox.

“I kind of knew that if I was going to get drafted, today was going to be the day,” Hill said. “I haven’t been playing baseball. It’s been a long time. So, I’m going to be a late-round draft pick. I was 100% assuming I’d be Mr. Irrelevant, the last pick of the draft, if I got drafted. So, the fact that I was even in round 36 was a blessing within itself. When he said Caleb Hill and the University of Montana, me and my little brother and sister were beyond excited.”

Hill played high school baseball and Texas Premier Baseball, had Division I offers as a sophomore and earned 11 varsity letters in baseball, football and basketball. He passed up partial baseball scholarships for a full football scholarship and played quarterback at Blinn College, a junior college in Texas, before coming to Montana to play under then-head coach Bob Stitt.

With that baseball experience, Hill knew what he had to do to change his bulky tight end body into that of a pitcher. When he went home for winter break, he worked with his Texas Premier Baseball coach, Kevin Hodge, a former scout for the Twins, training with a weighted ball system designed to stretch out and strengthen his shoulder. He continued that when he got back to Montana and was allowed to keep using the Grizzlies’ workout facility to train.

When the snow melted, Hill hooked up with two catchers who used to play for Montana’s club baseball team. They’d catch for him as he tried to throw as hard as he could before pitching off a mound as he worked on his 2-seam fastball, 4-seam fastball, changeup and curveball. He said his fastball is around 85 miles per hour and he wants to get it back up to at least 88-90.

“It’s different muscles and different workouts from football, so I had to get back to stretching, getting my shoulder loose, letting my body get back to that flexibility,” Hill said. “That was the main thing, was I had to start throwing again to get my arm back to what it needed to be.”

In two seasons with the Griz, Hill played in 18 games, completing 12 of 23 passes for 134 yards with two interceptions and rushing 15 times for minus-11 yards. He moved to tight end for his senior season, played mostly on special teams and didn’t record any stats. He participated in the Pro Day along with Montana’s NFL hopefuls even though he wasn’t pursuing that path.

“I just wanted to end my football career on a good note, not on the Cat game,” Hill said of the Grizzlies’ loss that featured a fumble on the 1-yard line in the closing seconds.

Hill completed his final year of collegiate eligibility in 2018 and graduated in May with an accounting degree. He’ll be just the eighth Grizzly to play professional baseball, according to Baseball Reference, with the most recent player last suiting up in 1970. Montana dropped its varsity baseball program in 1972 and has club baseball.

Hill is still working on getting a contract in place and will find out more in the next few days as he moves from the gridiron to the diamond to continue his playing days, which he thought were over until a baseball scout made his way to a football game to watch Hill on punt return and his demeanor on the sideline.

“That was the main reason why the scout came out and watched me that day was because he heard so many great things about me,” Hill said. “He heard how good an athlete I was and how good of a man I was and the integrity and character and work ethic I had.

“Then being left-handed helps and being as big as I am helps. Another factor is I haven’t been throwing for four years. I haven’t been putting that strain on my arm. I have a fresh arm. It’s just a matter of getting those muscles stretched out again and getting it back in shape. I could see how those were pros for me.

“But I could see how me never pitching a live game in four years and not knowing if my shoulder could hold up or get back to what it used to could be cons. I’m glad they were able to see the pros over the cons and take this chance with me.”

MISSOULA — Montana’s Caleb Hill knew the odds were stacked against him. It just took him some time to come to that realization.