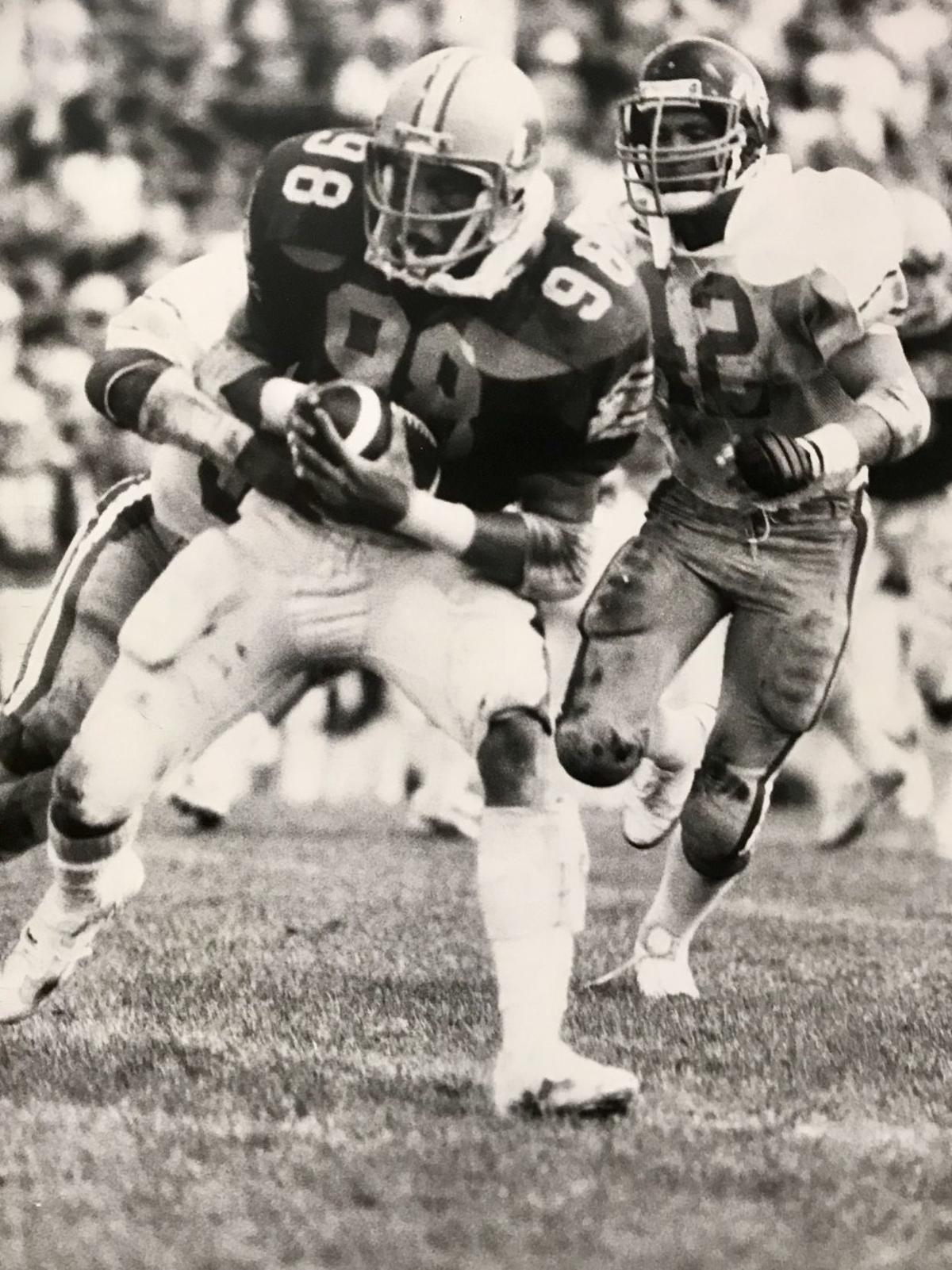 Former Montana tight end Brian Salonen plays during the early 1980s. Salonen has been an assistant coach at Hellgate the past four years, still finding love in the game and creating memories. 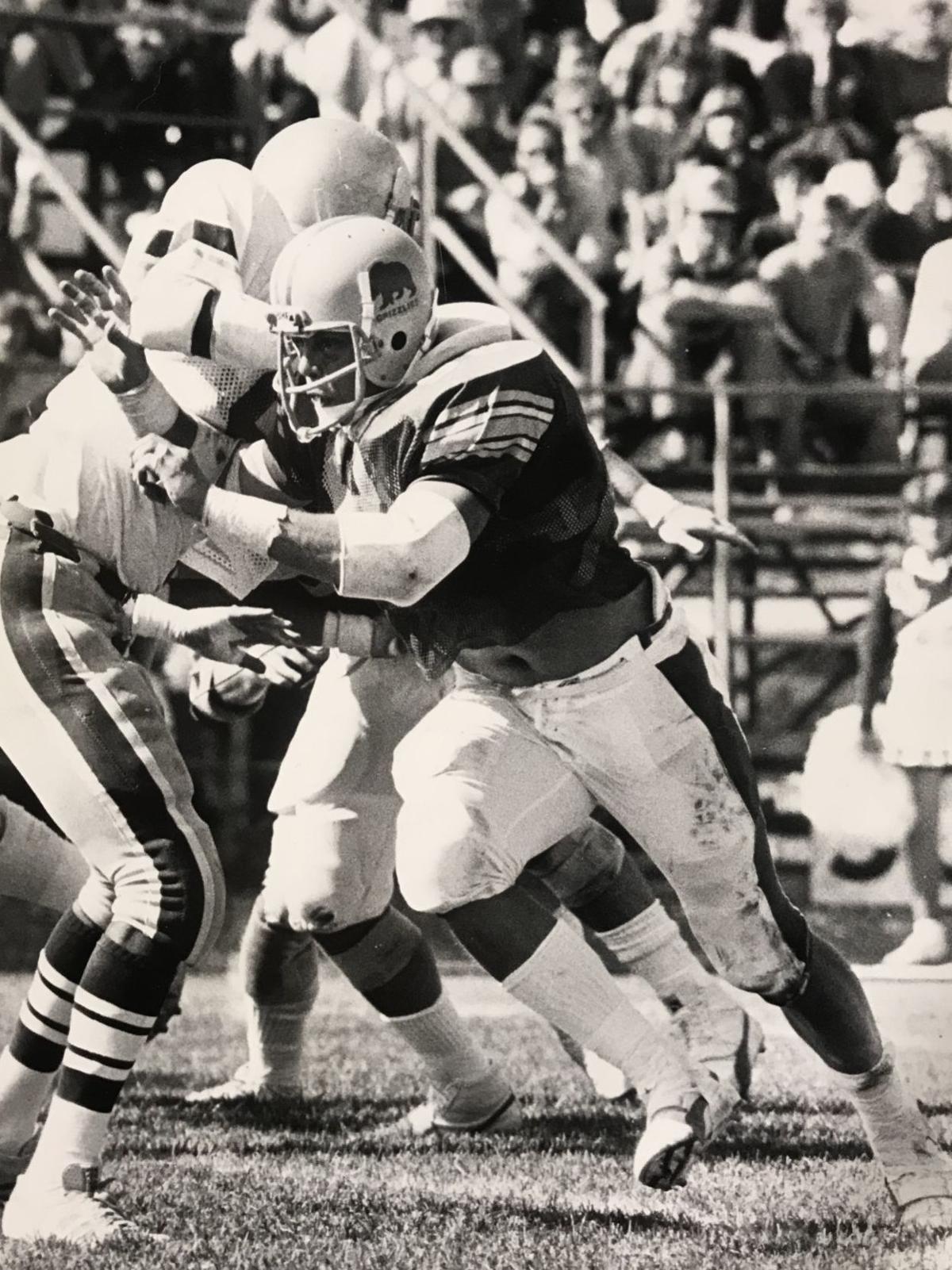 Ex-Grizzly Brian Salonen plays for Montana in the early 1980s. 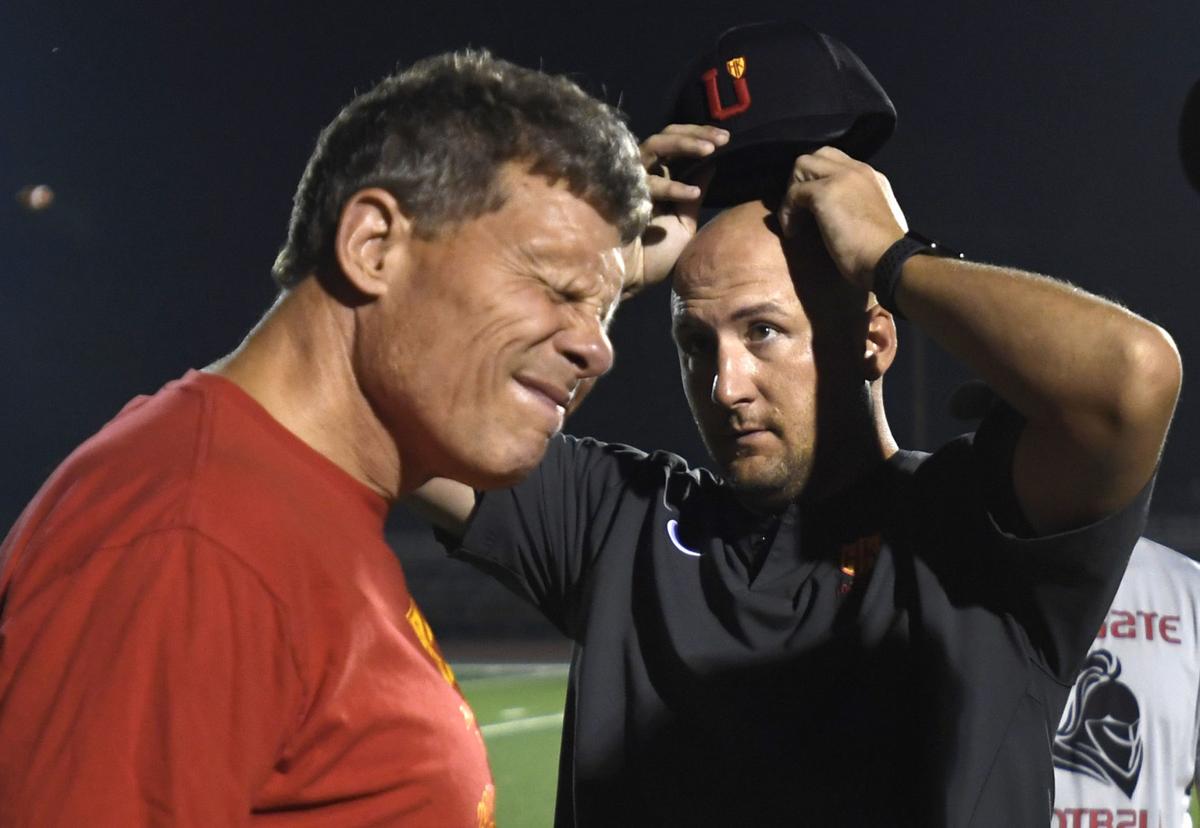 Hellgate coaches Brian Salonen, left, and Mick Morris react to the updated particulate count of Missoula's smoky air during a midnight practice in 2017. Salonen will be returning to Hellgate for a fifth season as an assistant coach this fall. 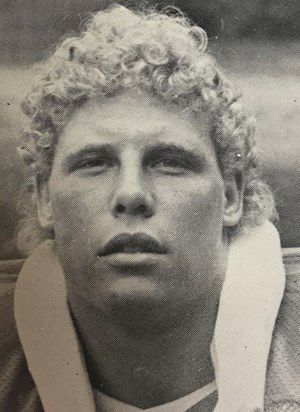 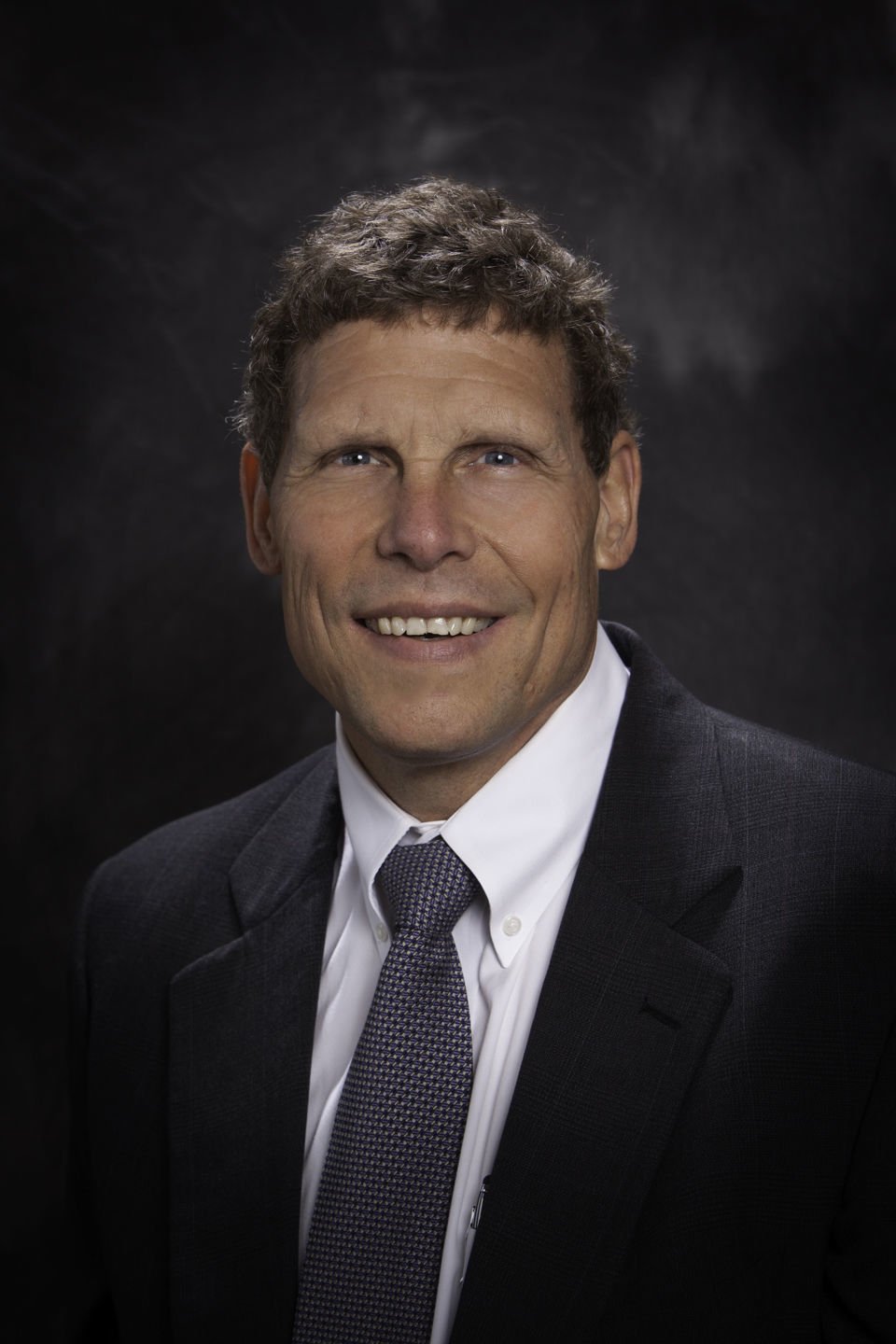 Former Montana tight end Brian Salonen plays during the early 1980s. Salonen has been an assistant coach at Hellgate the past four years, still finding love in the game and creating memories.

Ex-Grizzly Brian Salonen plays for Montana in the early 1980s.

Hellgate coaches Brian Salonen, left, and Mick Morris react to the updated particulate count of Missoula's smoky air during a midnight practice in 2017. Salonen will be returning to Hellgate for a fifth season as an assistant coach this fall.

MISSOULA — Brian Salonen navigated the mass of humanity at Missoula County Stadium, found his son Wes on the football field and gave him a hug as the two shared tears of joy together.

It was Sept. 21, 2018, and the father-son, coach-player duo was celebrating Hellgate’s first football victory in nearly six years. It was one of the magical, memorable moments for Salonen in a career in which he won a Big Sky Conference title at Montana, was a record-breaking All-American for the Griz and was drafted by the Dallas Cowboys.

“I will never forget that night as long as I live,” said Salonen, an assistant coach for the Knights. “To see these kids finally have success was one of the greatest feelings I’ve ever had.”

The 58-year-old has found a joy in football coaching this past decade after spending 20-plus years away from the sport following his retirement as an NFL player. He got into coaching at the high school level when Wes started at Hellgate four years ago, but with graduation on tap this spring, his time coaching there may have been finished.

The ever-humble Salonen wasn’t sure if he’d be asked to return. Knights coach Mick Morris was afraid he’d lose his decorated assistant. Both were surprised to find one still had interest in the other, so Salonen decided to return for this coming fall and maybe many more.

“As long as I have the passion and the love and the energy to go out there and give those kids what they deserve, who knows,” Salonen said. “And physically that I can keep up because when I coach, I try to be fairly active, so as long as I can do that. And as long as my wife will allow me to take the time to do it, no end in sight, I guess.”

Added Morris: "I was nervous we’d lose him. That’s a big pickup for us."

A Glasgow native, Salonen got into coaching nearly a decade ago when Wes, his lone son and youngest of two kids, began playing football so he could coach his team. That started in fourth grade with flag football, and then it was a move up to Little Grizzly Football, Missoula Youth Football and finally Hellgate.

Salonen wanted to continue coaching that core of kids he spent five years with before high school, so he joined Hellgate’s staff. The Knights played a junior varsity schedule his first year before moving up to varsity the next season, getting to experience the bright lights of Friday night football that the Great Falls High grad first came to love in the late 1970s.

“It certainly takes a lot of time and effort coaching, but I love it,” Salonen said. “I’m the most excited guy to be out there to practice, and I’m the most excited guy to get on that bus and go travel and play football games on Friday night. I’m really lucky that I still have that love for the game and the passion and the desire to want to be out there. To me, Friday Night Lights, it’s the most amazing thing in the world.”

Salonen briefly coached in 1988, one season after his playing days with the Cowboys ended, serving as an assistant coach at Big Sky for Bob Eustance. He considered becoming a teacher and coach but would’ve had to go back to school, so he decided to use his business degree.

When Salonen wanted to get back into prep coaching, he had to convince Hellgate’s first-year coach to take a chance on him. Morris didn’t know Brian personally, but he knew about him and his success as a player, so he found a spot on the staff for Brian, who wanted to be just a position coach.

“He’s such a humble man that he just said early on, ‘I don’t know with this job how much I’d be able to help, but my son’s coming up, I’d love to be involved. If I could just do warmups and work on footwork, I’d love to do those things,’” Morris recalled. “I said, ‘I think we’re going to get more out of him than warmups.’ It ended up working out pretty well.”

Salonen built his coaching philosophy and style around some of the coaches who made the most impact on him. It was future Montana head coach Mick Delaney who got him to try football in high school, where he became an all-state tight end and linebacker.

UM coach Larry Donovan convinced the son of a Montana State Hall of Famer to join the Griz, and assistants Joe Glenn, Mike Van Diest and Bob Lowry helped his talent bloom. Salonen broke or tied four I-AA records for tight ends, and held five single-season and three career Griz records when he retired. He also helped lead them to the 1982 Big Sky title, their first in 12 years.

The ties that bonded the most impactful coaches he had was how they blended hard work and fun. He felt the enjoyment factored into his success, so he’s tried to replicate that as a coach.

“I think the best ones certainly allow you to have fun,” Salonen said. “Now, that’s not saying it’s easy, but you got to have a little fun out there, and then you got to work really, really hard and outwork everybody else. With that, hopefully you see some success.

“I want to be 98% positive and tell kids good things of what’s happening out there. But sometimes you got to tell them that we’ve got to do this better or this differently. That’s my attitude of being out there is that they know they are going to work hard and they’ve got to put in the effort, but we’re going to reward them, too. You got to have some fun out there. If you’re not doing that, it’s going to be tough for kids to keep up the grind of that long of a season.”

That wasn’t the coaching style he saw playing for Cowboys coach Tom Landry, a coach he felt lacked enthusiasm and excitement, although there was no denying that Landry knew what he was talking about. Salonen was converted from a tight end to linebacker in Dallas and felt he was learning how to play for Landry right around the time the 10th-round pick had his career end.

Salonen suffered a shoulder injury during a kickoff coverage play and had to have two surgeries. That ended his playing days after four pro seasons but didn’t crush his love of the game.

“I always had that attitude that in football you could get hurt any day, and I was fairly healthy throughout my entire career,” Salonen said. “It’s a violent sport, and that’s why I love it so much is the excitement that it brings, and that’s why so many people watch it.”

Salonen still moves around well on the practice field while primarily coaching tight ends and linebackers for Hellgate. His competitive fire shows through as he runs through practices and gets involved in drills while wearing his usual long sleeve shirts and shorts.

“It’s great to have somebody that’s invested in kids and looks out for them,” Morris said. “He’s just non-stop. He’s our second-oldest coach and he’s making us look bad how’s he sweating more than the kids.

“I hope I have at least an ounce of the energy he does when I get to his age. He’s such a good role model, even for our coaches. There’s very few people in life you meet that you can look up to and hear good things about. That’s Brian.”

There’s no taking days off or wasting time for Salonen. It’s the attitude that helped transform “a little, skinny, punky kid from Great Falls” into an entrant in the Grizzly Sports Hall of Fame and the Montana Football Hall of Fame. It’s also how he exceled in the business sector as a financial adviser.

Next up is continuing to share his knowledge of and passion for the game, hopefully creating more of those memorable moments along the way as he prepares to return to the gridiron for another fall.

“I think football is the greatest team sport in the world, and I still absolutely love it,” Salonen said. “You always play like you practice. It is full tilt and full steam ahead and let’s go get after it. We’re going to teach, and we’re going to coach and give it everything that I’ve got.

“I look at this as if we could help one or two or 20 kids, not only in the game of football but the game of life, and teach them respect and discipline and hard work, certainly that’s important on the football field, but it’s more important when you’re done playing football.”

Former Montana Grizzly All-American Colt Anderson has always dreamed big. For the Butte native, that now means trying his hand at coaching in the NFL for the first time.