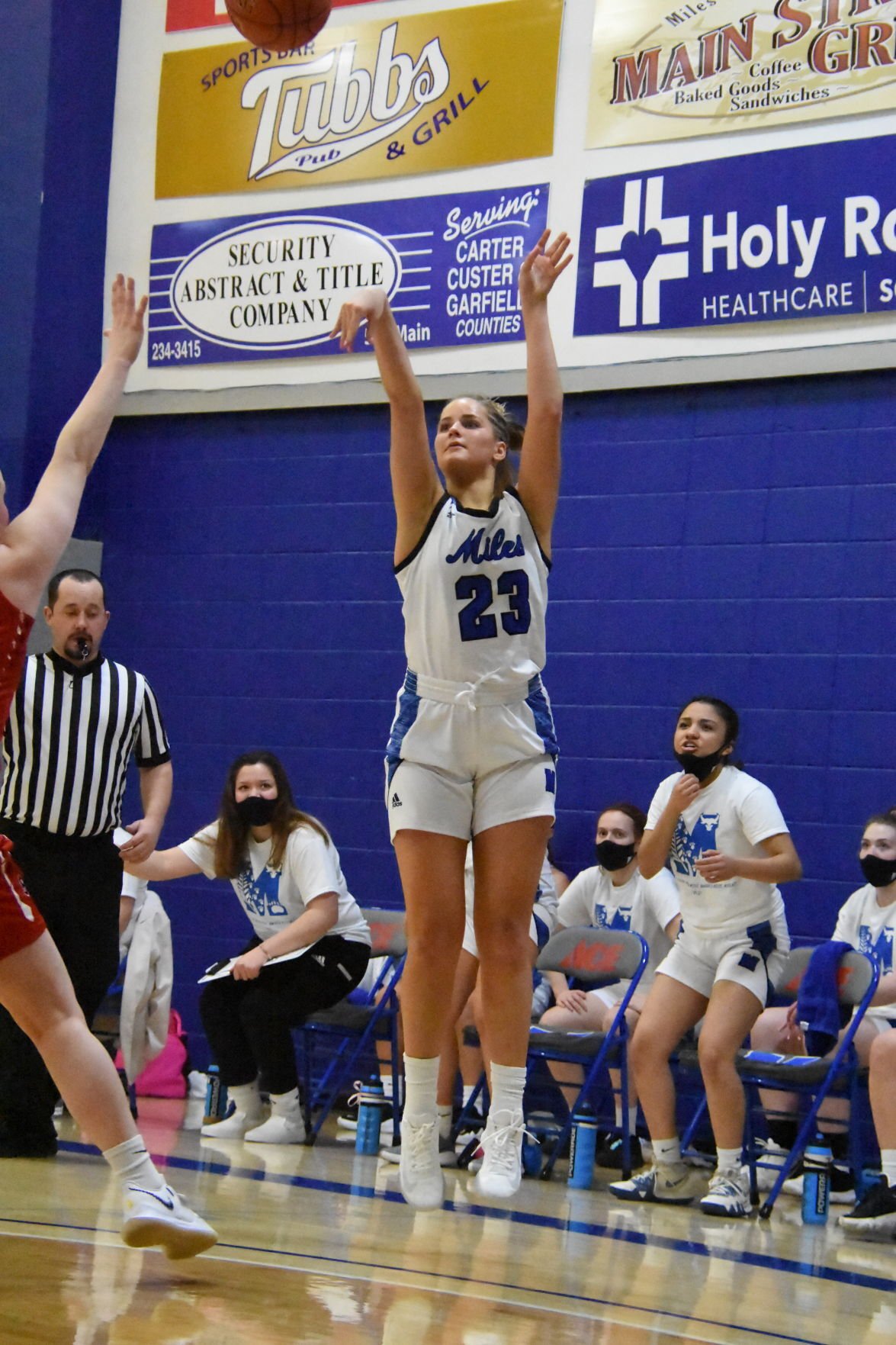 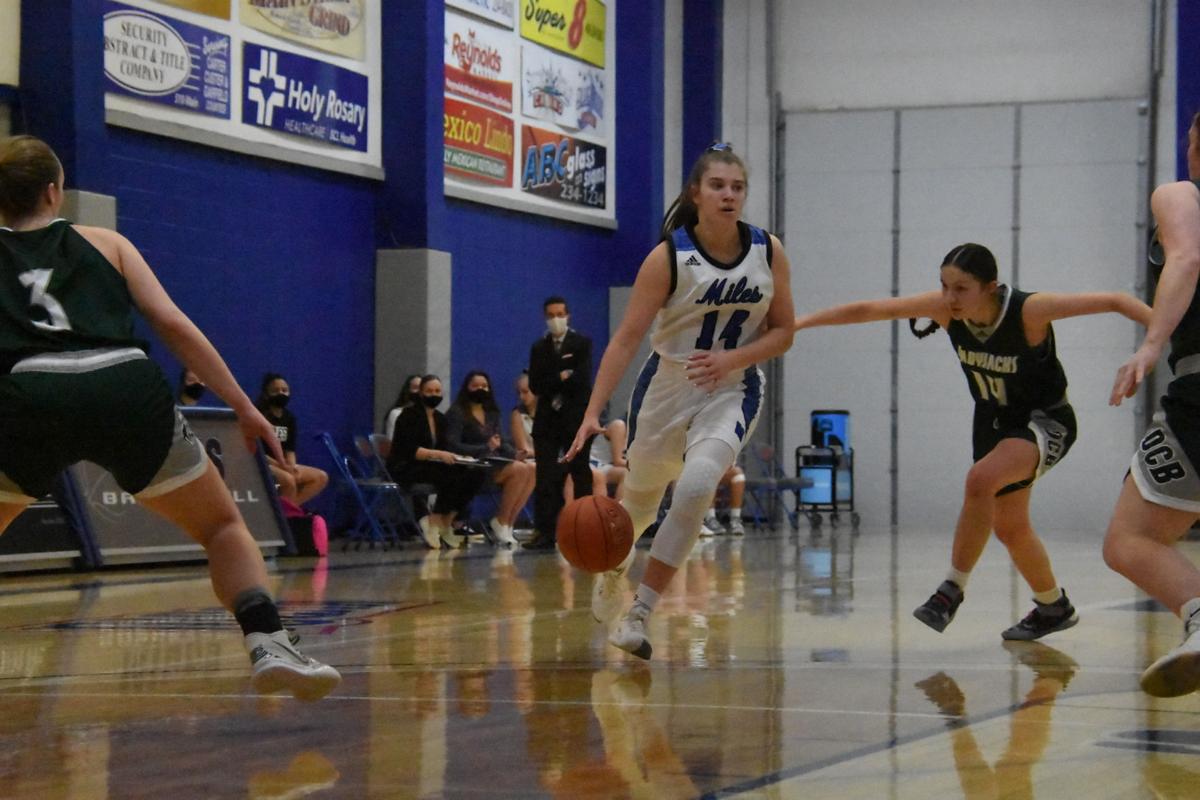 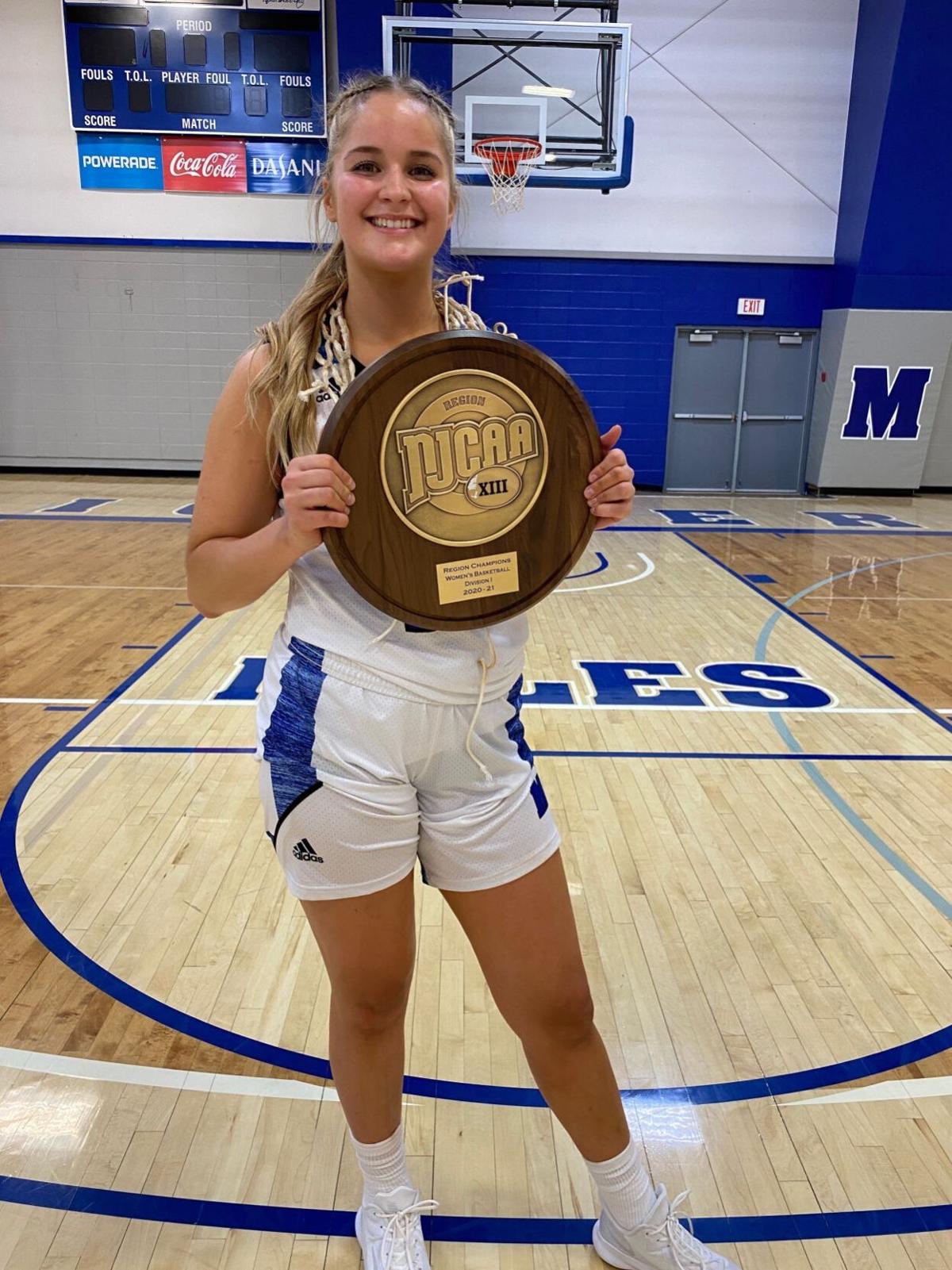 Miles Community College's Lili Long poses with the NJCAA Region XIII championship trophy. Long and the Pioneers play Gulf Coast State on Monday in the first round of the national tournament in Lubbock, Texas.

Miles Community College's Lili Long poses with the NJCAA Region XIII championship trophy. Long and the Pioneers play Gulf Coast State on Monday in the first round of the national tournament in Lubbock, Texas.

BILLINGS — The first time Lili Long traveled to the United States was during a 2016 school basketball trip that began in Texas.

This week Long has again journeyed to the Lone Star State for what will be a full-circle moment for the versatile forward from Miles Community College — the national junior college women’s basketball tournament.

Long and the No. 18 seed Pioneers, victors of NJCAA Region XIII, will face reigning juco champion and 15th seed Gulf Coast State (Florida) on Monday in the first round of the tournament in Lubbock, Texas. Tipoff is at 1 p.m. Mountain time and is available for streaming at www.njcaatv.com for a $5 pay-per-view fee.

It will mark a return to a distinct starting point for Long, a product of Melbourne, Australia.

“It does have that feeling,” Long said this week as the Pioneers prepared for their fifth all-time trip to nationals.

But it represents a last hurrah for the rest of the team, too, and not just the sophomore who has committed to play at NCAA Division II Angelo State — which is also in Texas — beginning later this year.

Many of the Pioneers’ players will be continuing their careers elsewhere next season (as is the case in the JC ranks), but head coach Taylor Harris will also take over at the helm of the program at Fort Lewis when MCC’s run comes to an end.

The Pioneers are hoping for a big crescendo prior to parting ways.

“It’s a really exciting feeling,” Long said. “We’ve worked so hard, but we also know we’re going to go on our separate paths and we’re really just trying to make the most of every moment we have together right now.

“I know how quickly it can be over, so we’re all super excited for this opportunity — it’s not something that comes around very often, especially with such a special group like the one we have. It’s really important to all of us and we’re really excited to be together one last time.”

Miles won 21 consecutive games to start this season and is taking a 23-1 record into nationals. Long has been one of the catalysts as a pick-and-pop forward, averaging 15.3 points and 7.3 rebounds per game.

The Pioneers are also led by Mon-Dak Athletic Conference MVP Rebekah Dallinger, one of the top performers in all of junior college women’s basketball at 25.3 points, 6.9 rebounds and 5.1 assists a game. Dallinger, a freshman and, like Long, a native of Australia, has offers from programs in high-major NCAA D-I conferences like the Pac-12, ACC and Big 12, according to Harris.

The Pioneers will need both Dallinger and Long on their games against Gulf Coast State, which won the national title in 2019 (there was no tournament last year due to COVID-19). Jana Conejero, Olyvia Pacheco and Kate Tanner are also key to MCC’s fortunes.

“They’re a powerhouse,” Harris said of Gulf Coast State. “But what an exciting thing for us to be able to play against one of the bluebloods of junior college basketball. They are a team that plays incredibly hard and incredibly aggressive. But we’re just excited to represent Miles City and represent Montana, and go down there and play against a big-time junior college basketball team.”

“They look like a really strong team,” said Long, who will play at Angelo State under coach Nate Harris, a Ronan native and a former Montana Tech, MSU Billings and Montana State assistant. “But so are we. I think it’s going to be a good battle. I feel like if we control the tempo then we definitely have a good chance.”

The winner will move on to play No. 2 seed Trinity Valley (Texas) on Tuesday.

But the Pioneers aren’t even close to thinking that far ahead. They know that this opportunity is too rare, so they’re focusing on one game while taking it all in.

“We really want to cherish every single minute,” Harris said. “Who knows if any of us will be able to experience going to the biggest stage in our sport ever again? You can’t take anything for granted.

“We’re going to have our closure as a team; a lot of us are going to move on to new opportunities. But we’re really diving into the present moment right now.”

The Pioneers will take on a higher-seeded team from Florida next Monday.