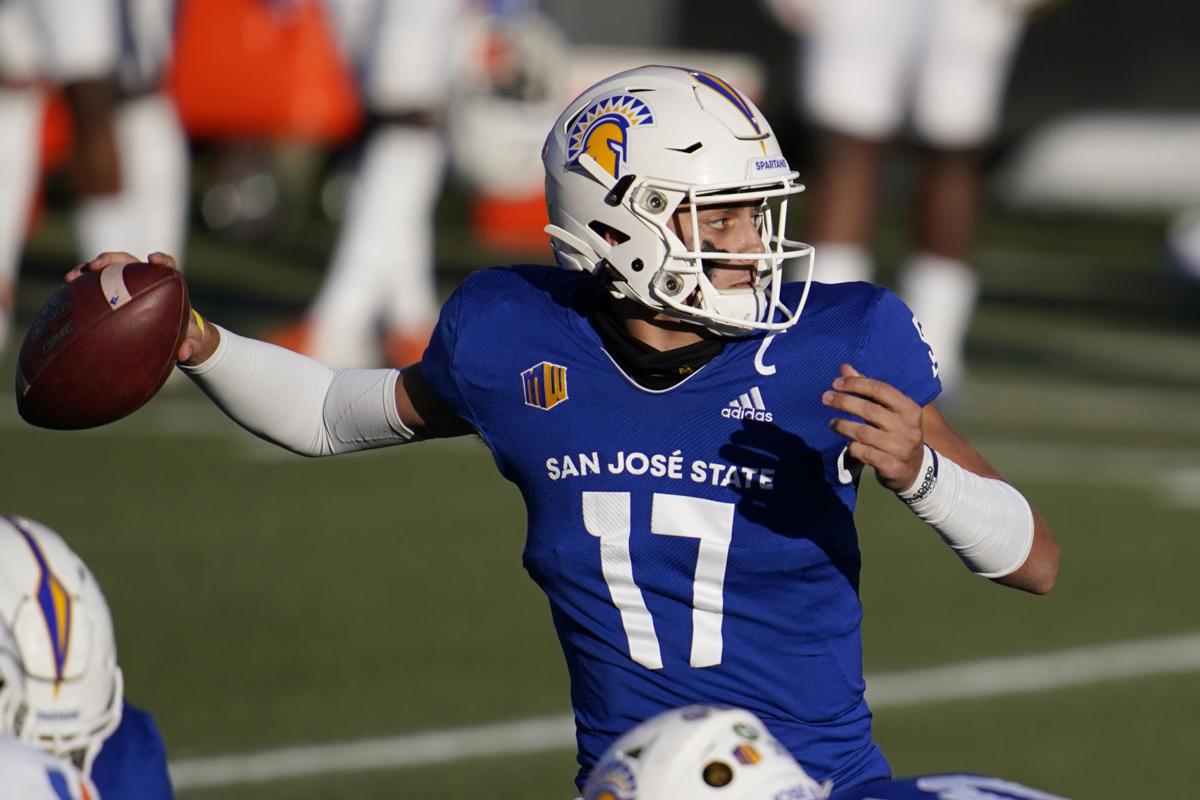 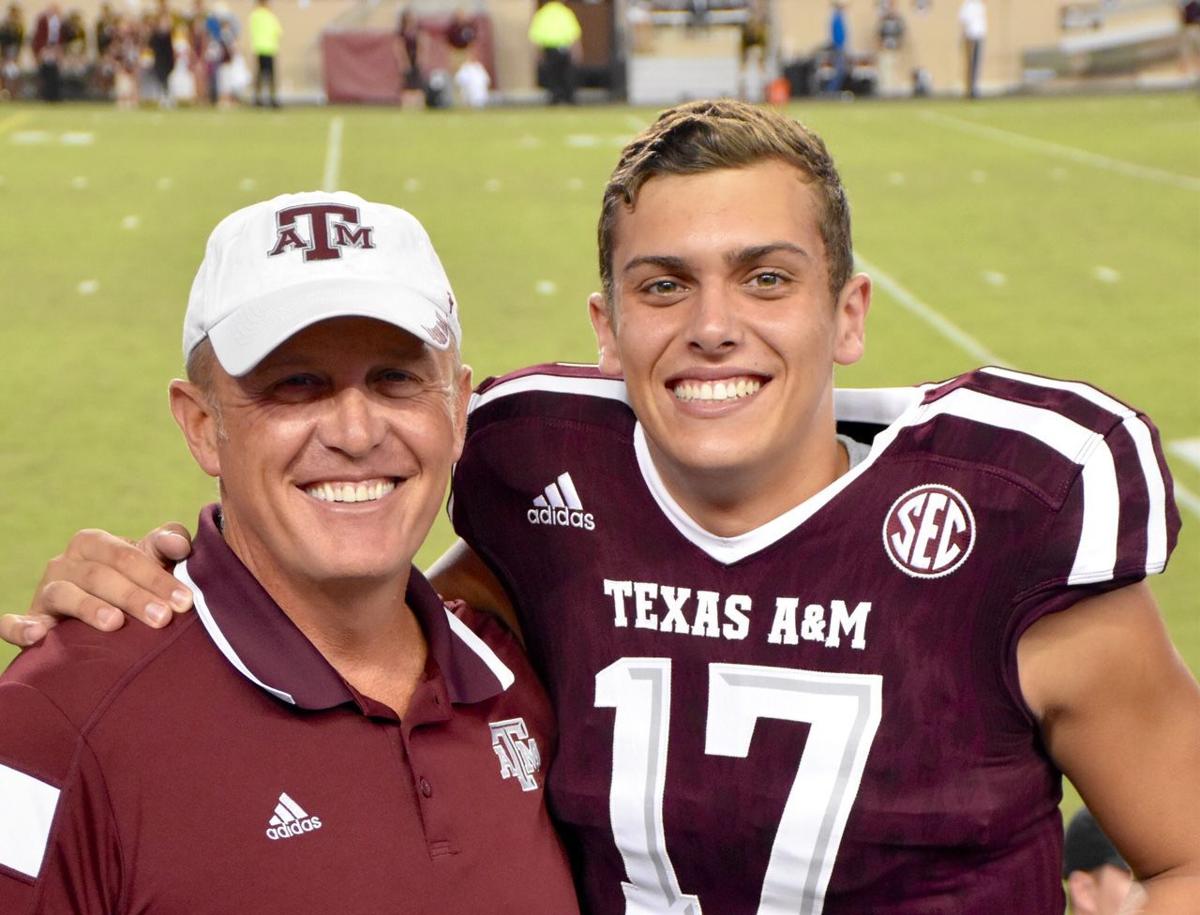 Ronan native Murray Starkel takes time for a photo with his son, Nick, during Nick's playing days at Texas A&M. Nick has moved on to San Jose State, where he has been wildly successful, leading the Spartans to a Mountain West title.

Ronan native Murray Starkel takes time for a photo with his son, Nick, during Nick's playing days at Texas A&M. Nick has moved on to San Jose State, where he has been wildly successful, leading the Spartans to a Mountain West title.

MISSOULA — Murray Starkel grew up with 11 siblings on a potato farm near Ronan, so there wasn't a lot of mollycoddling going on.

That and his military experience as a West Pointer who served in Afghanistan has helped mold him into a mighty fine father. One who has been rewarded with a mighty impressive son, who has shown rare fortitude as he navigates the cut-throat world of big-time college football.

"He's meant the world to me and he's been a hero of mine," said Murray's son, Nick, a star quarterback who had stints at Texas A&M and Arkansas before guiding San Jose State to a Mountain West Conference title in 2020.

"A phrase he has hanging in his office, it says, 'It is what it is.' That's a phrase that I've taken throughout my college football journey. It's just helped me to realize this is reality, you can choose to react positively or negatively to it. Taking the positive road always leads to a better outcome."

Murray, a gifted passer himself who opted not to play for Army after competing in four sports at Ronan, loves to talk about his old stomping grounds in Lake County. He and Nick even tried out the artificial turf football field in Ronan in the snow back when Nick was in middle school, and Murray continues to visit Flathead Lake each summer.

Times have certainly changed since those potato farm days a half century ago. But one thing that will never change for Murray Starkel are the fond memories of his late father, Vic, who could bench press 300 pounds when he was 80 years old and set a world record doing it.

"He didn't cut us a lot of slack, I remember that," Murray said with a chuckle. "He's like, 'You're hurt? Get back out there. You twisted your ankle? OK, get right back out there.'"

Like most parents, Murray Starkel just wants to do right by his son with his words of wisdom. When Nick left Texas A&M after starting in 2017, Murray simply tried to help him make an informed decision. When Nick opted to leave Arkansas after a rough season in 2019, Murray was there to back up his son again as he ventured to the Bay Area and a fresh start with San Jose State.

"We've always come to the conclusion we really don't care what other people think," Murray offered. "If you have a dream and you want to achieve it, don't let anyone stop you or tell you that you can't do it."

Boy, that first season at San Jose State (2020) was memorable for Nick — especially the 34-20 win over Boise State in the Mountain West Championship game on Dec. 19. Nick threw for 453 yards and three touchdowns with no interceptions.

"The only downside of the whole season was us not getting to see the games in person," said Murray, who now resides in Texas. "Other than being deployed with the Army, I never missed a single one of Nick's games or my daughter's games, anything they were doing. It was important to my parents, too. They came to everything I ever did."

Nick Starkel has the loftiest of football goals. The 6-foot-3 grad student wants to play in the NFL someday. He has one more college season to show pro scouts what he's all about.

San Jose State came within one loss of a perfect campaign in 2020. The team returns a lot of starters this coming fall and head coach Brent Brennan is returning despite serious interest from the University of Arizona in December.

It's all coming together for Nick Starkel and the Spartans. Now if we can just get past this COVID-19 stuff, Dad will get to watch his son in person.

"I'd love to be there in the stands, just soaking it all up," Murray said. "It's just not the same watching on TV."