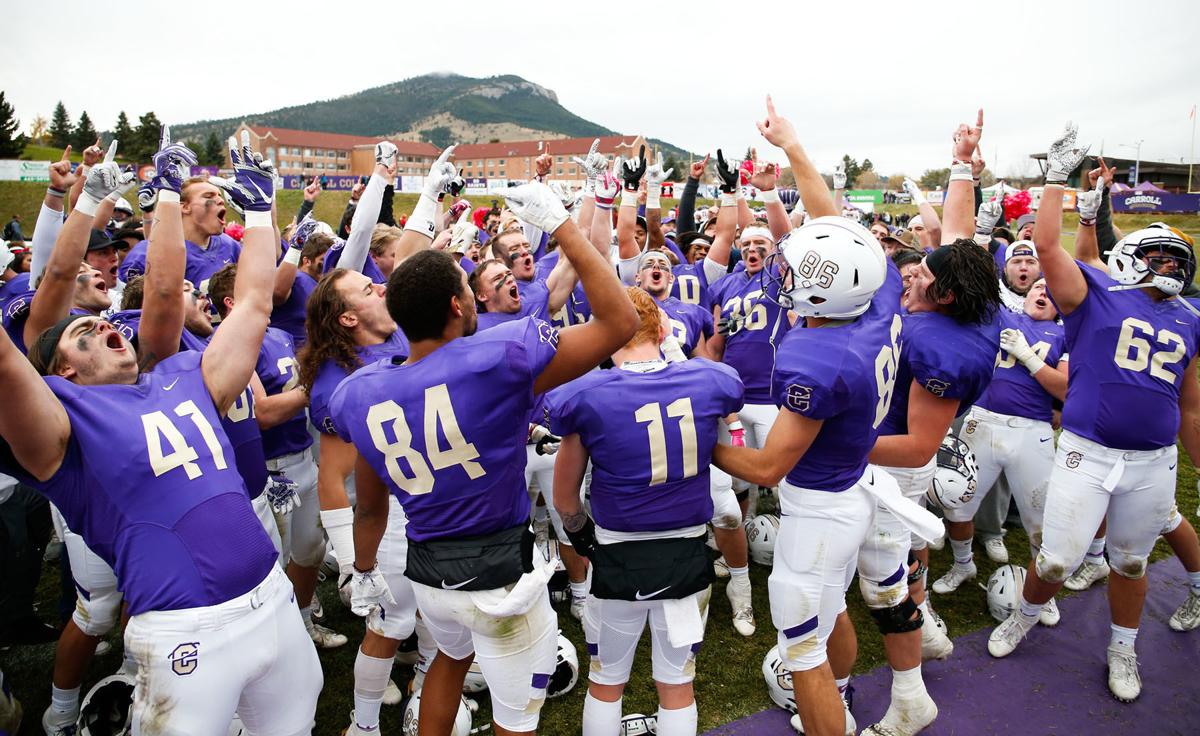 Carroll celebrates after defeating Western on Saturday at Nelson Stadium. 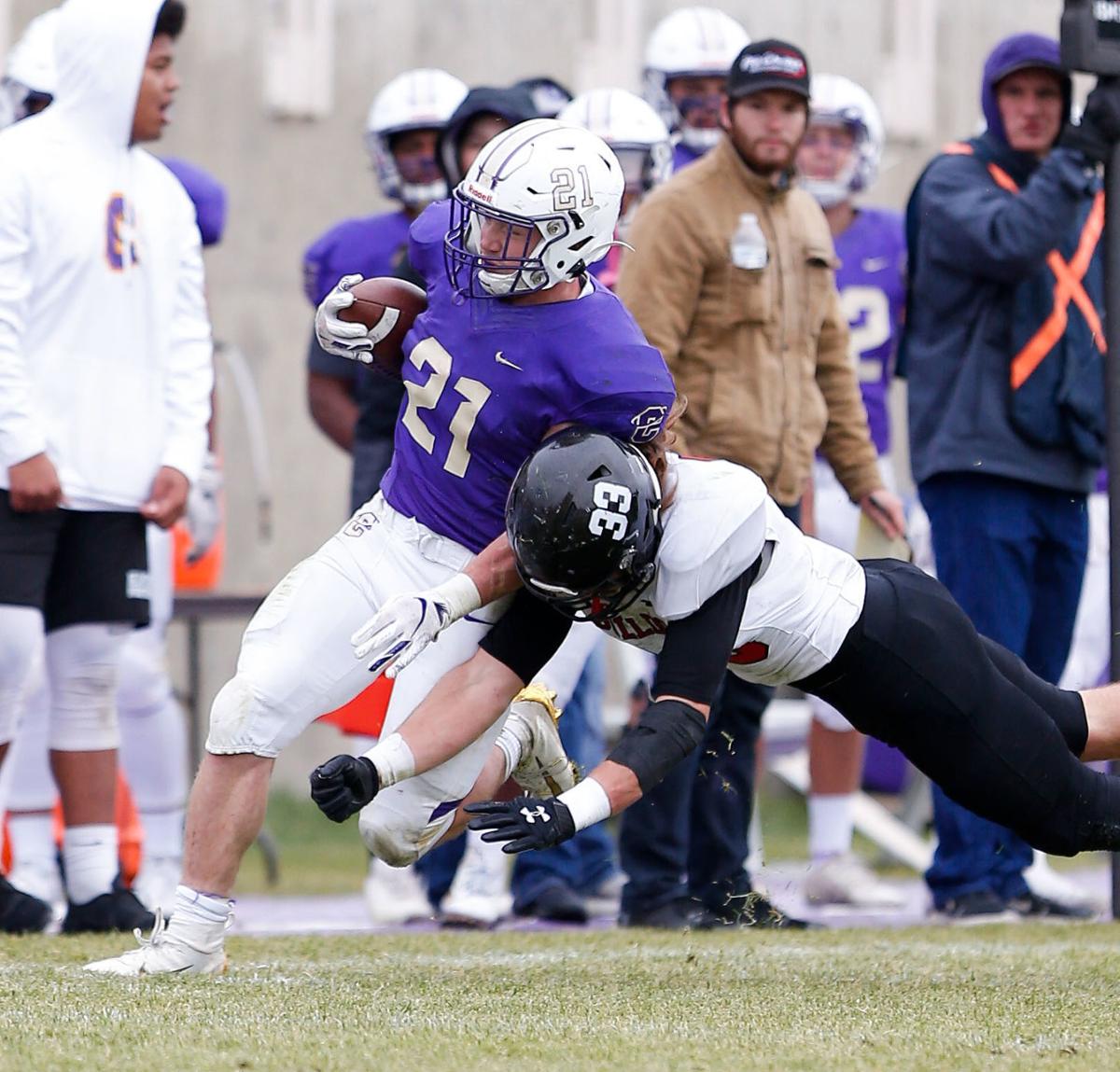 Carroll’s Matthew Burgess is forced out of bounds by Western’s Jason Ferris during Saturday’s game at Nelson Stadium. 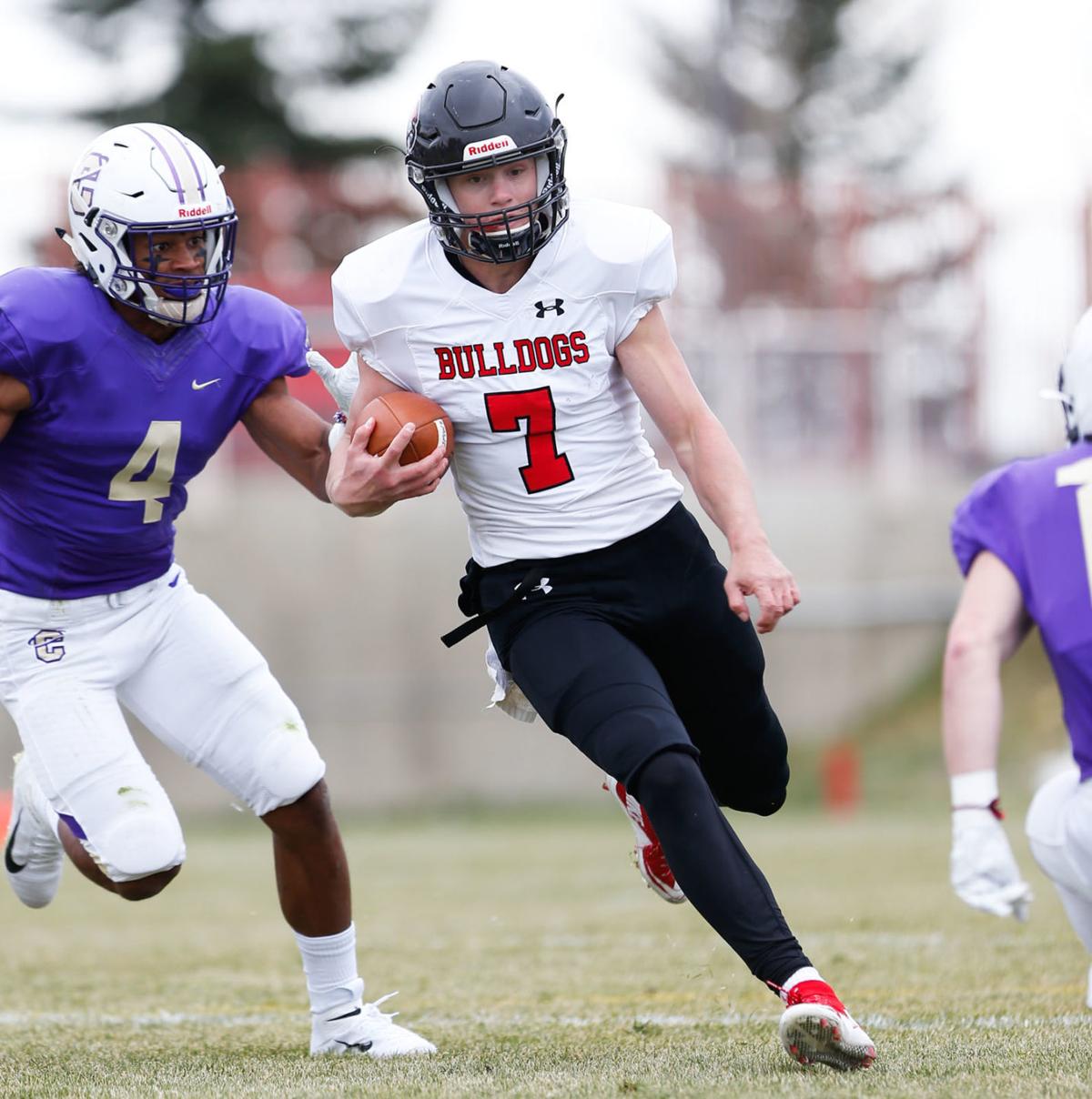 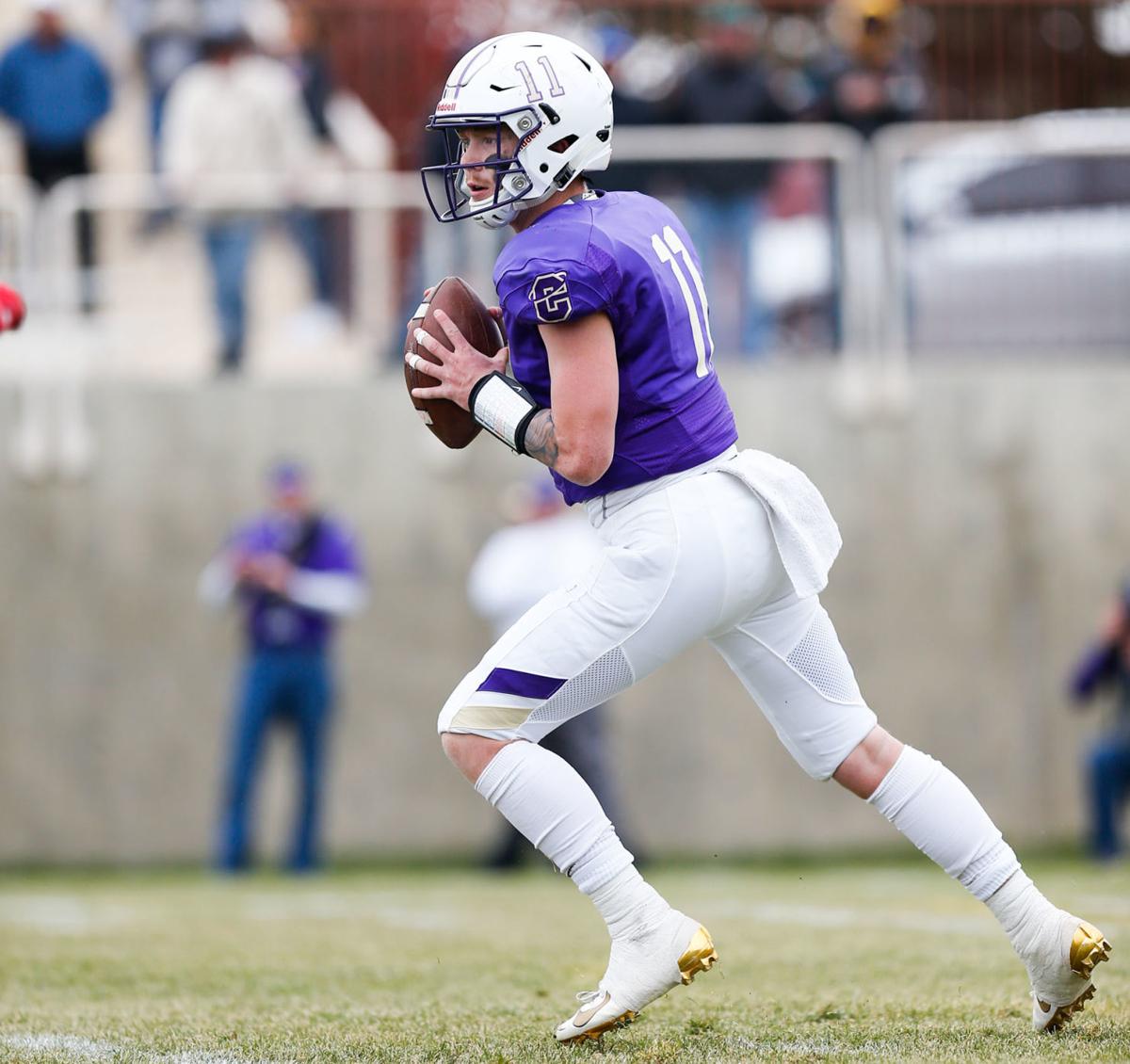 Carroll’s Devan Bridgewater steps up into the pocket and looks for an open receiver during Saturday’s game against Western at Nelson Stadium.

Carroll celebrates after defeating Western on Saturday at Nelson Stadium.

Carroll’s Matthew Burgess is forced out of bounds by Western’s Jason Ferris during Saturday’s game at Nelson Stadium.

Carroll’s Devan Bridgewater steps up into the pocket and looks for an open receiver during Saturday’s game against Western at Nelson Stadium.

HELENA -- There were more than a few times when Carroll College could have thrown in the towel Saturday against Montana Western.

It would have been easy when the Saints were down 14 points early in the third quarter or missed a game-tying field goal with just a few minutes left.

"These kids never gave up," Purcell said. "They just kept fighting. We wanted to get to the fourth quarter and we had that one rep mentality."

Following an incompletion to start the final drive, the Saints were faced with 2nd-and-10 at their own 20, which isn't exactly the ideal run down. But Matthew Burgess isn't your ordinary running back.

The freshman ripped off a 75-yard touchdown run in the third when the Saints trailed by 14 and desperately needed a spark. When the game was on the line, Purcell called his number and Burgess responded, running for 29 yards and a first down.

"It's kind of a feel thing," Purcell said of the call. "You have a call you like as a staff, but sometimes, if someone is running the ball well, you give them the ball."

Three plays later, on fourth-and-five, the Saints called his number again and Devan Bridgewater found him for 23 yards and another crucial first down.

Following another third-down conversion, Bridgewater rifled a ball to Kyle Pierce, who came down with it in the corner of the end zone. The touchdown ended up being the difference.

"Kyle Pierce came in early this week and said coach I need a shot," Purcell said. "So we have been running that play all week and you need to be at your best, when your best is needed."

In the fourth quarter, the Saints were at their best. Really, since the moment they fell behind 20-6.

After a sluggish first half that saw Carroll settle for two field goals and Western take a 13-6 lead following a couple of touchdowns from Jon Jund, the Bulldogs appeared to grab control in the third quarter.

Bridgewater tossed an interception and on the next play, Jund found Trey Mounts for a 25-yard touchdown, making the score 20-6.

However, thanks to Burgess 75-yard run, the lead stayed at 14 for only 14 seconds.

Unfortunately, a missed extra point and a fumbled snap that led to a safety pushed the lead back to 10.

Burgess came through with another key play, pushing into the end zone on fourth and short from the one to get the Saints back within three at 22-19.

A three-and-out gave the Saints the ball back and seconds into the fourth quarter, Major Ali found the end zone, giving Carroll its first lead at 26-22.

Yet, the Bulldogs responded with a 14-play, 65-yard touchdown drive that Jund capped with an eight-yard touchdown run, putting Western in front and setting the stage for a dramatic finish.

On the ensuing drive, Carroll drove down to the Bulldogs 29 before being forced to kick a field goal, which missed.

Western had a chance to put the game away, but Carroll's defense rose to the occasion, getting a stop and giving Bridgewater the ball back, down three, with three minutes left on the clock.

"We just made plays," Carroll linebacker Nate McGree said. "We didn't play well last week and against Southern Oregon, we didn't make enough plays, but today we did. We just had a different energy."

Carroll then drove 80 yards in 10 plays and 2:34. Burgess 29-yard run got it going and Bridgewater, the redshirt freshman quarterback, finished it when he hit Pierce for an eight-yard touchdown.

"I am just glad that I caught it," Pierce said. "And glad that we got the win. We lost to them week one and it's good to be able to come back and avenge that win."

Following the score, the game still wasn't over.

Western advanced the ball into Saints territory, close enough to try a Hail Mary. Yet, it fell incomplete as Zach Spiroff, a Helena High alum, knocked it to the ground.

"I was just thinking bat it down," Pierce said. "Bat it down."

When it was all said and done, Burgess carried the ball 20 times for 183 yards and two touchdowns. He also caught two passes for 25 yards, pushing him over 200 total.

Ali also contributed with 107 yards on 20 carries, while Bridgewater was 14-of-30 passing for 167 yards to go with one touchdown and one interception.

Carroll limited Jund to 167 yards passing. He completed just 12-of-29 passes, although he did add 97 yards and two scores on the ground.

"We just weren't tough enough to win this game," Western head coach Ryan Nourse said. "We are good enough to but we didn't make enough plays. Every time we needed to make a play, we couldn't do it. It was disappointing that we couldn't put away a game that we should have won."

For Purcell and the Saints, it was all smiles. Beating the 22nd-ranked Bulldogs was also a sign of progress.

"This was a big win for this team and this program," Purcell said. "We didn't want to lose three in a row. That gets tough and these kids deserve it. They have been working so hard. It's that one-play at a time mentality. We won the fourth quarter that way and I am just so happy for these guys."