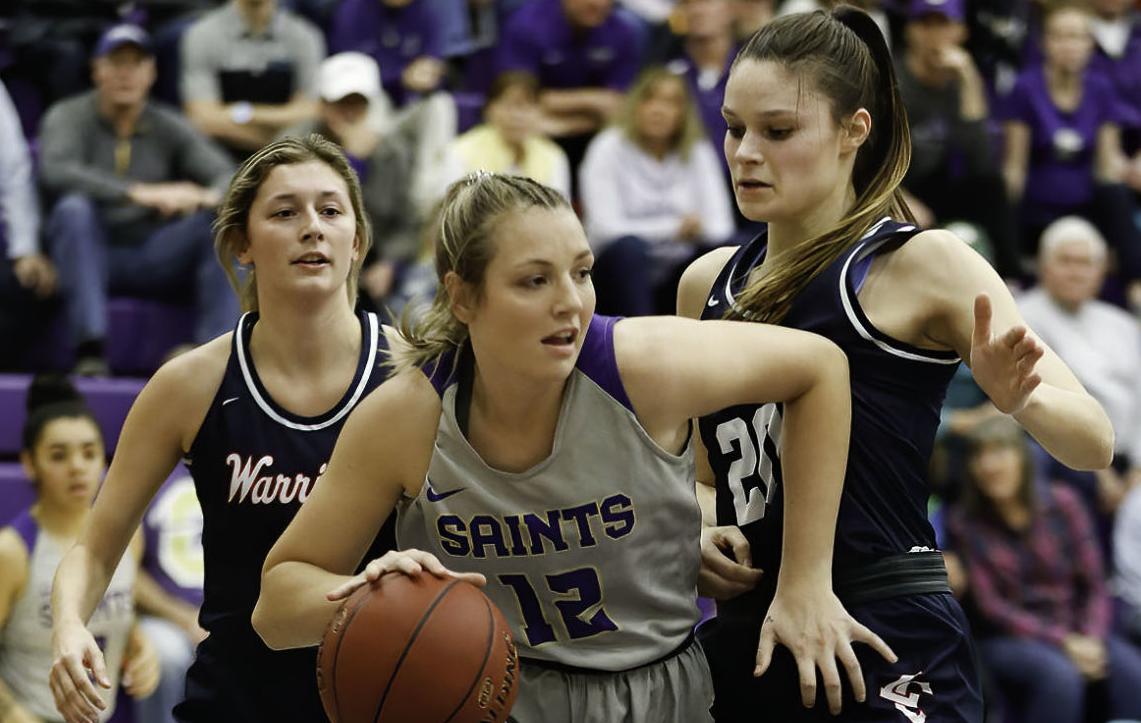 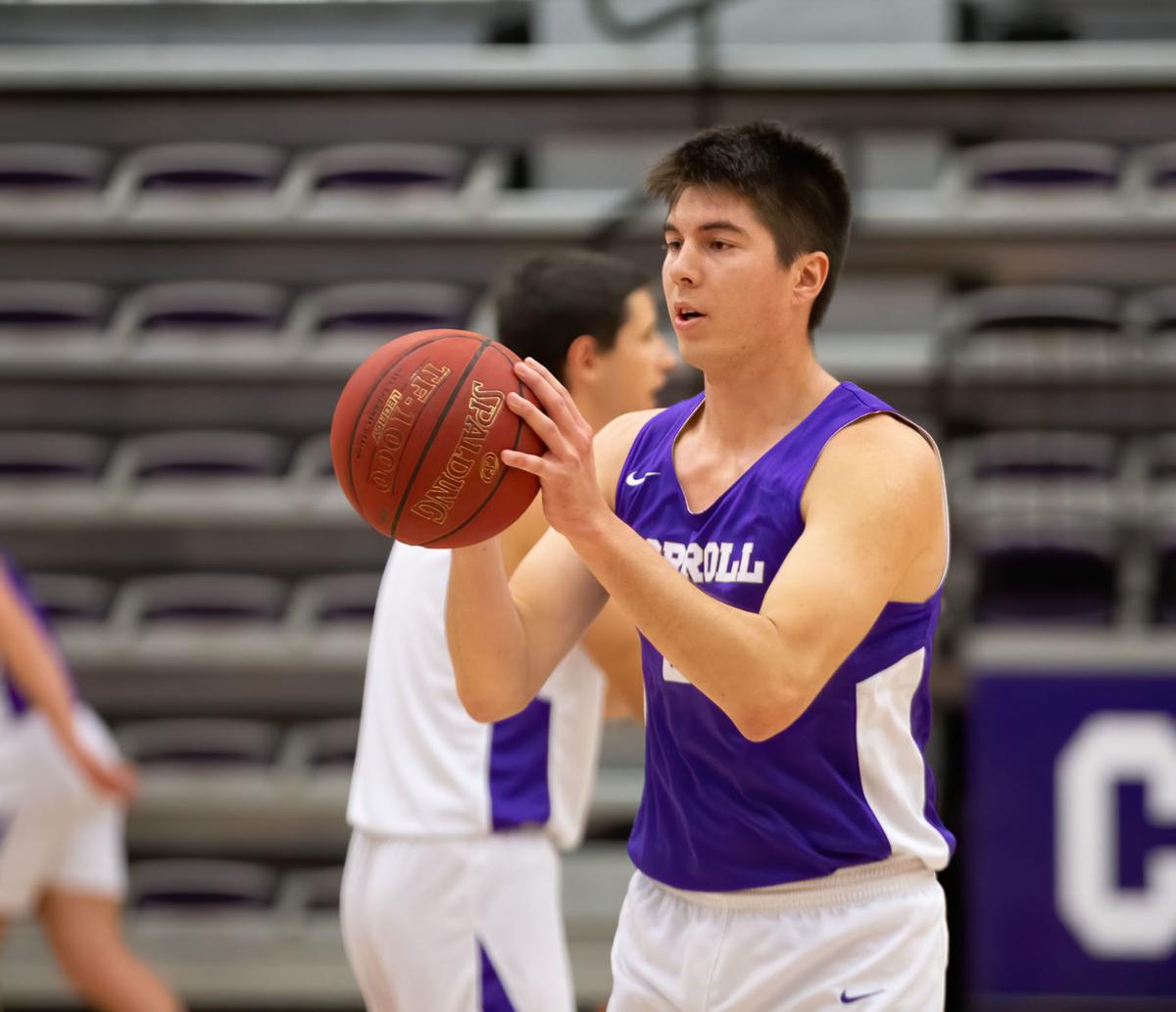 Carroll's Dane Warp warms up during a September practice at the PE Center.

Carroll's Dane Warp warms up during a September practice at the PE Center.

HELENA — It would take time to calculate the amount of hours a typical college basketball player spends on their home court.

You have to add up practices, games, workouts and even the occasional pickup game during open gym.

Imagine putting in the dedication to keep that sort of schedule over four straight years.

Now imagine it being taken away without warning.

But even though the COVID-19 pandemic ended their final season, they reflect fondly on their time with the program.

“I knew this was my last go-around,” Warp said. “It just makes me grateful for the time I did get to play basketball as long as I did.”

A few weeks before the pandemic halted the sports world, Carroll College honored their seniors.

Warp and Salonen walked out onto the court with their families and the crowd erupted.

They didn’t know it would eventually end like this.

They thought they were going to play their final seasons like every other season in years past.

Salonen and Warp did not grow up in the bustling Montana cities such as Billings, Bozeman or even Missoula.

They played for their small town high schools.

Salonen played for Kalispell Glacier while Warp was playing for even a smaller high school in Havre.

Once they arrived at Carroll, they didn’t sit on the bench for long.

Salonen wasn’t too far behind, playing in 21 games.

The two found their own successes playing through the ups and downs of college basketball, as Warp turned into a scorer and Salonen became a key player off the bench.

His triple-double during the 2018-19 season was the only recorded triple double in school history, and his game-tying three free throws with no time remaining this season against Montana Tech last December led to an over time win.

Salonen also showed her value, winning Frontier Conference Sixth Player of the Year as a sophomore and putting up a career-high 13 points against the University of Lethbridge. She also pulled down a career-high 14 rebounds against Menlo College.

More importantly, though, they enjoyed their time on their teams.

“This team didn’t have the benefit of playing with each other in years prior, so we created that chemistry on the court,” Warp said.

Salonen looked back and thought about the chemistry with her teammates, not only on the court, but off the court as well.

“We had a (National Tournament) send off party with our host families and we got talk to schools. I’ll just miss the little things we used to do during tournament week,” Salonen said. “That experience was just so cool.”

COVID-19 has taken away their final week to play, and both athletes realize that their careers have come to an end.

Both their bodies are sore from the four years of games that stretched from October into March.

Warp is applying to medical school. He wants to be a doctor.

Salonen headed back home to Kalispell to finish her schooling and wants to become an elementary school teacher.

Will they ever pick up a basketball again?

Salonen already admitted that she plays HORSE with her family in the backyard.

No matter where Salonen and Warp end up, they will never forget their time at Carroll.

COVID-19 puts a strain on recruiting for Carroll College coaches