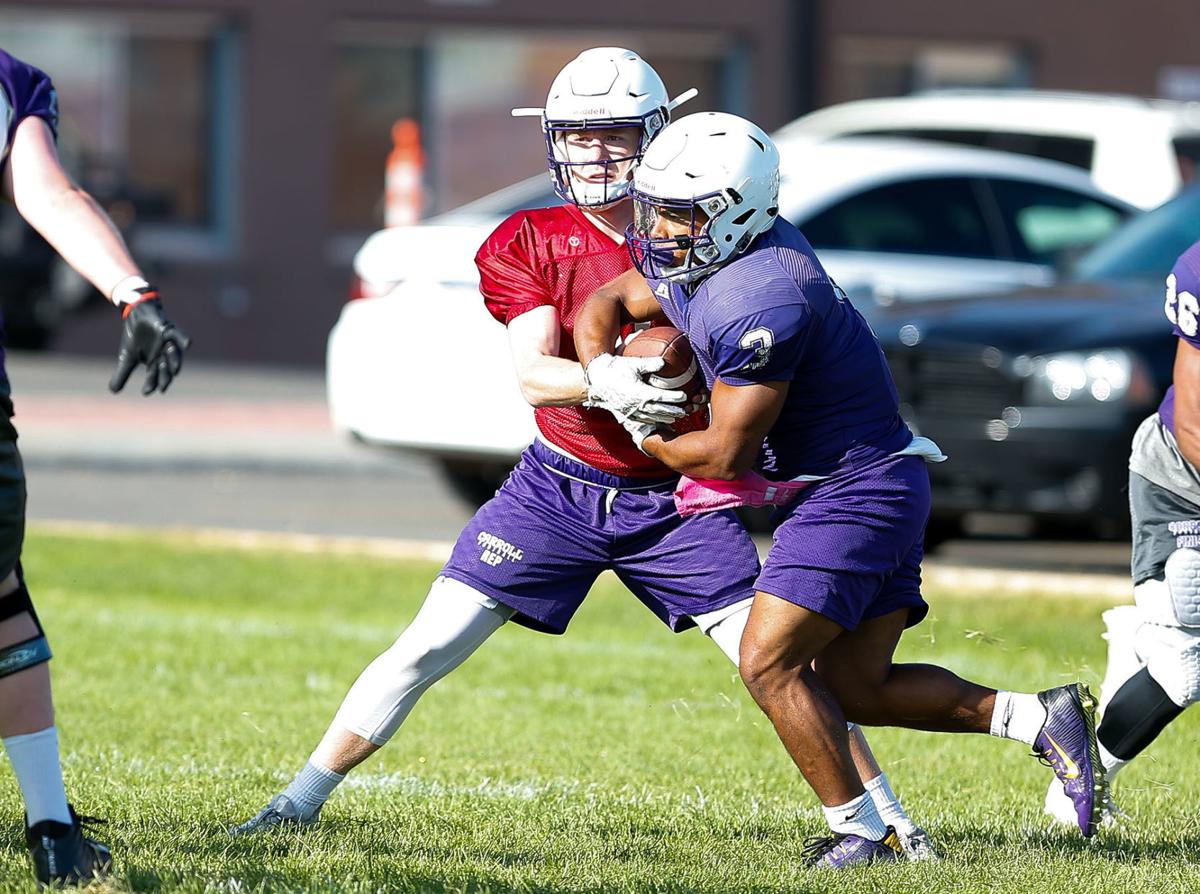 Carroll College running back Major Ali takes a handoff from quaterback Devan Bridgewater during Thursday’s practice. Ali is just one of the many running backs Carroll will use this season. 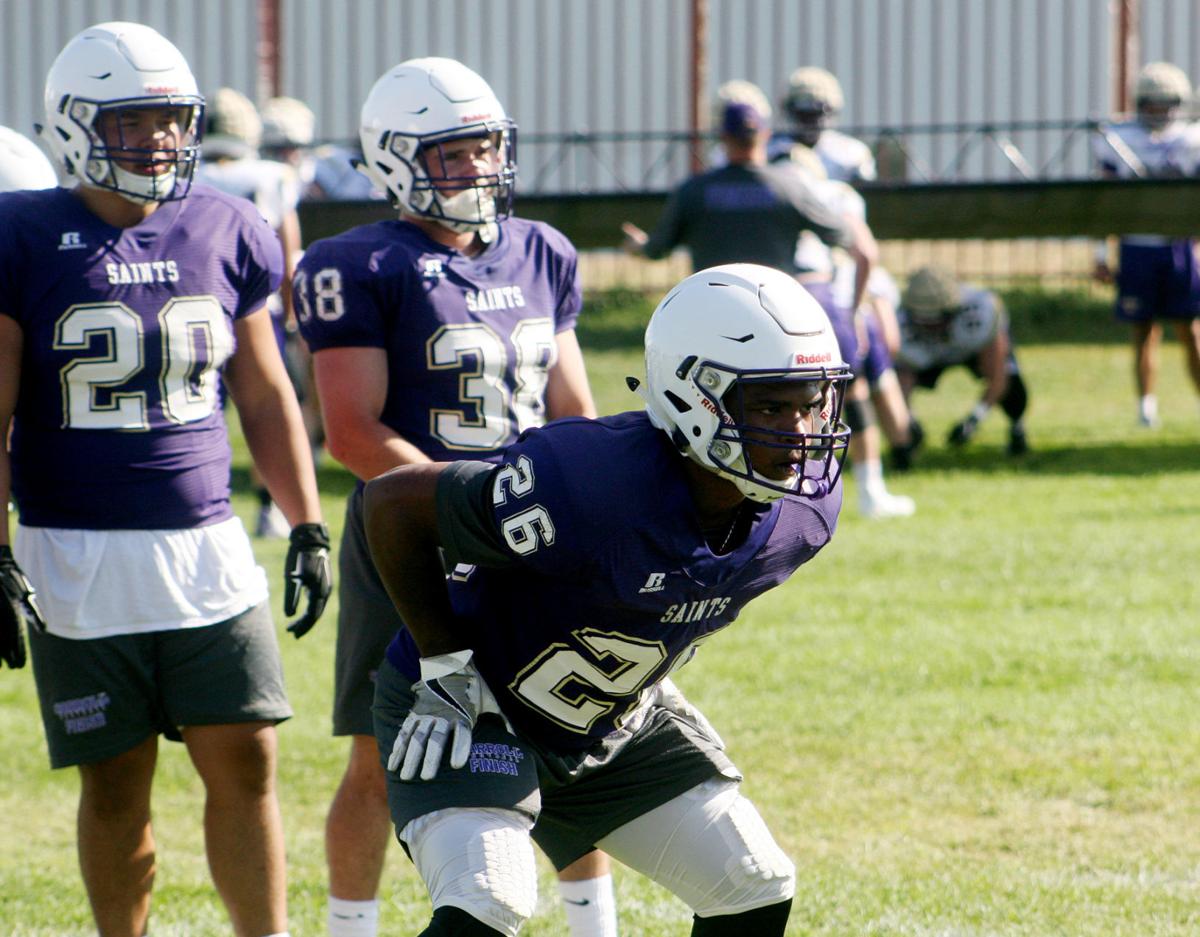 Carroll College running back Major Ali takes a handoff from quaterback Devan Bridgewater during Thursday’s practice. Ali is just one of the many running backs Carroll will use this season.

HELENA — Carroll College has seen a number of people have success running the ball.

Even last year, the two-headed monster that is Major Ali and Ryan Arntson did well, combining for 1,413 yards.

But with a new run-pass option type offense that Troy Purcell installed, the first year head coach knows depth at the running back position will be extremely important.

That’s why he said he could see himself playing multiple running backs this season. He just didn’t want to say how many exactly.

“(If you say we are four or five deep), then somebody always gets hurt,” Purcell said. “I feel like we have some good kids at that position to make something happen.”

Ali returns for his senior season, but will see some different players in the backfield. Arntson left the team during the offseason, and then walked on at the University of Montana. Behind him tight end Eric Dawson, who was third last season in rushing, graduated.

But Ali sees a lot of promise with the new running back corp. Especially the freshmen.

Kaleb Adams is a running back who is returning but hasn’t played in a game since arriving from Dallas, Texas last season. He redshirted during his first season last year, but is eager to make an impact.

During his senior season with Prosper High School, Adams could not be stopped, running for 1,651 yards and scoring 30 touchdowns.

“I fell in love with the program on my visit,” Adams said. “I loved the family environment.”

Though Adams sat out last season, he never stopped learning how to improve when it was time to hit the field.

“I knew I had to learn that next step and be ready to go,” Adams said.

Adams and Ali have gotten the majority of the time with the first team, but over the first week of practices, it has been clear that the two running backs complement each other.

Purcell noted that Ali is more of an inside runner, while Adams is more fluid on the outside. As far as speed goes, the two players playfully bantered about who was faster.

“They both have their strengths, but each has their weaknesses to improve on too,” Purcell said.

After almost a week of playing college football, the biggest thing he had to get used to was the speed of the game.

“It’s completely different,” Burgess said. “You have to know what you are doing.”

The Saints’ rushing game has successful in years past but now, with a new coach that created a new culture, the running back corp looks to write their own history.

“We have new goals,” Adams said. “We are ready and we are prepared.”