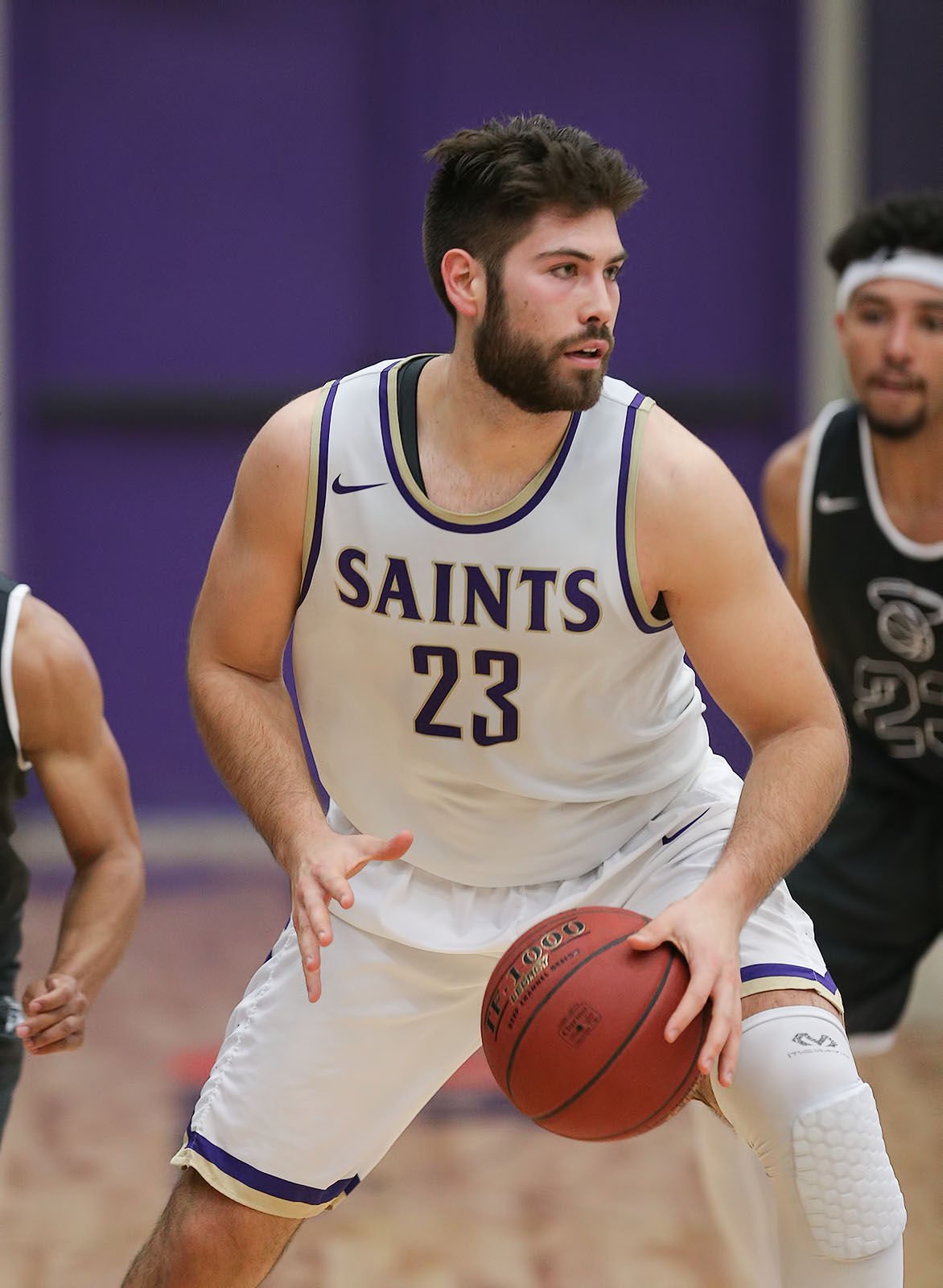 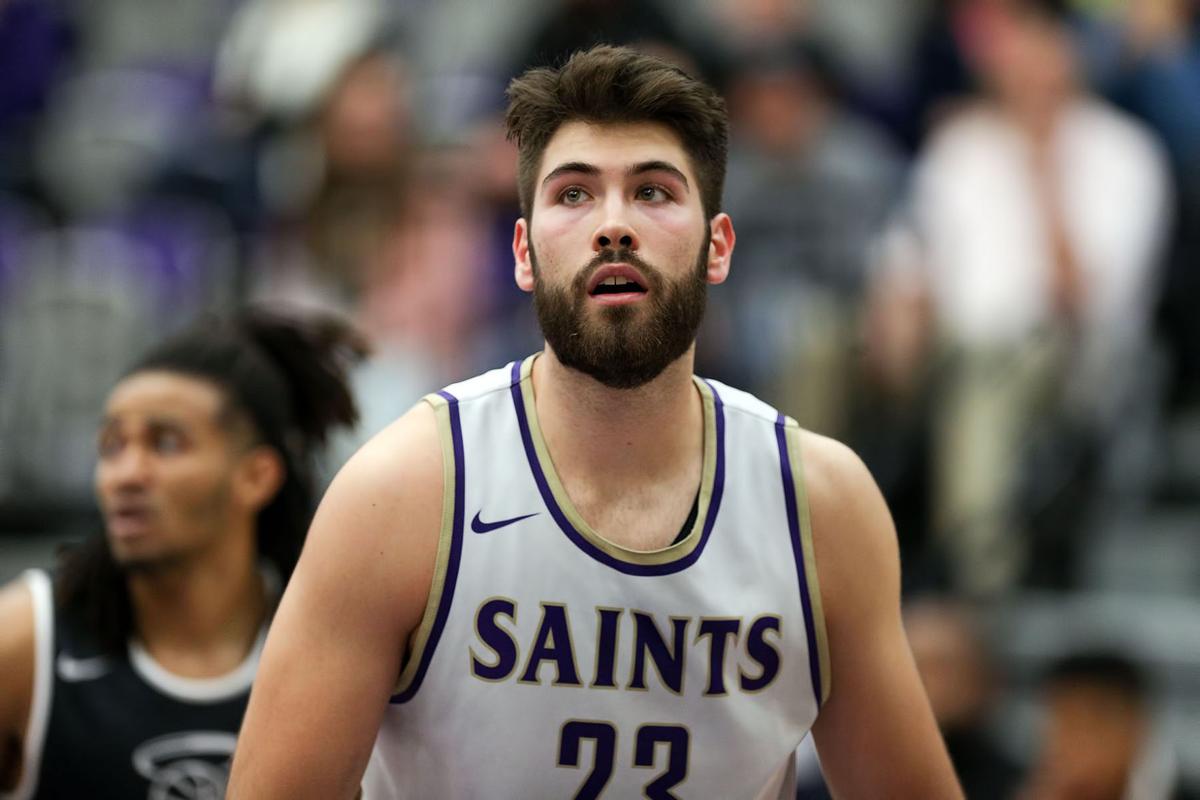 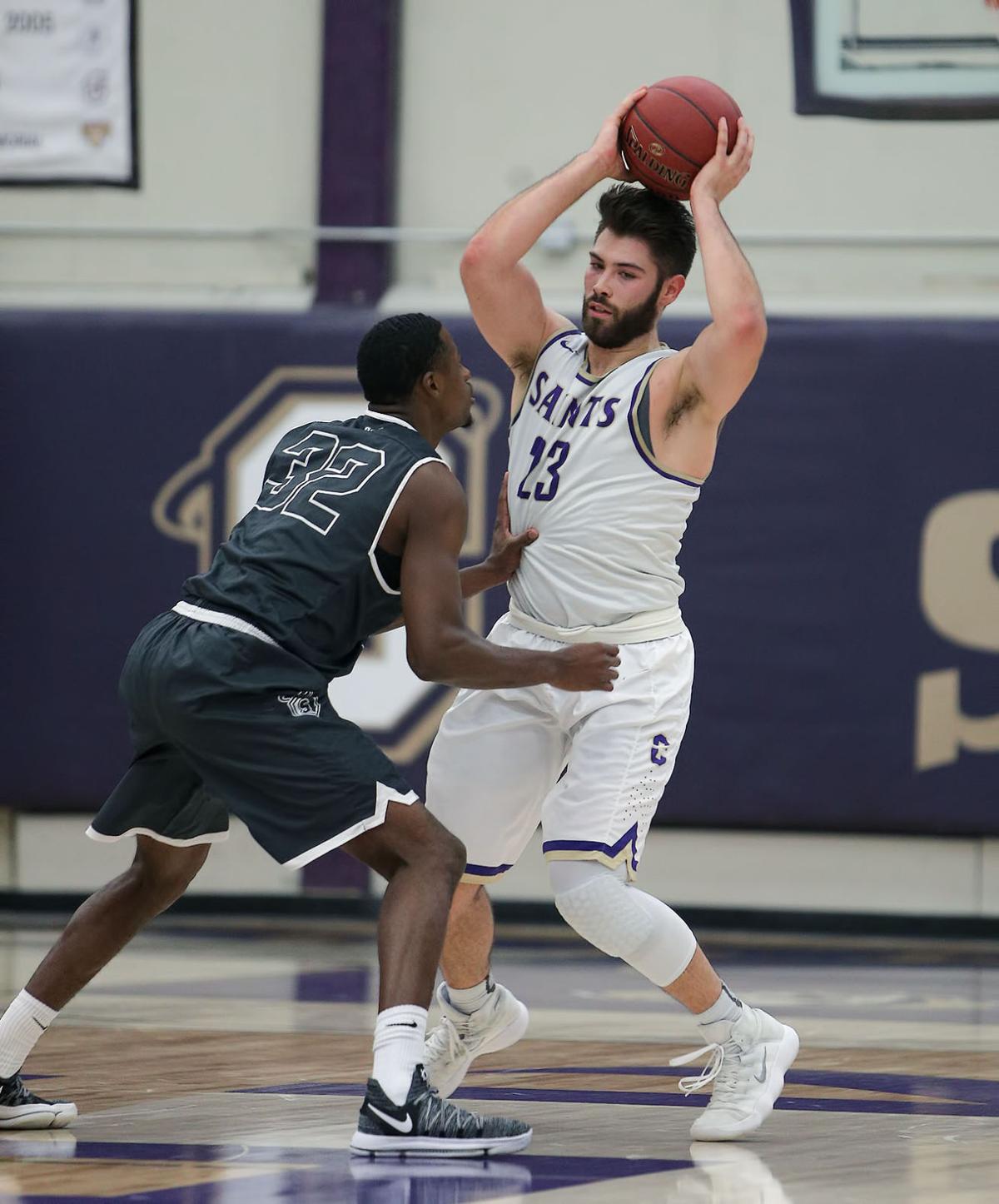 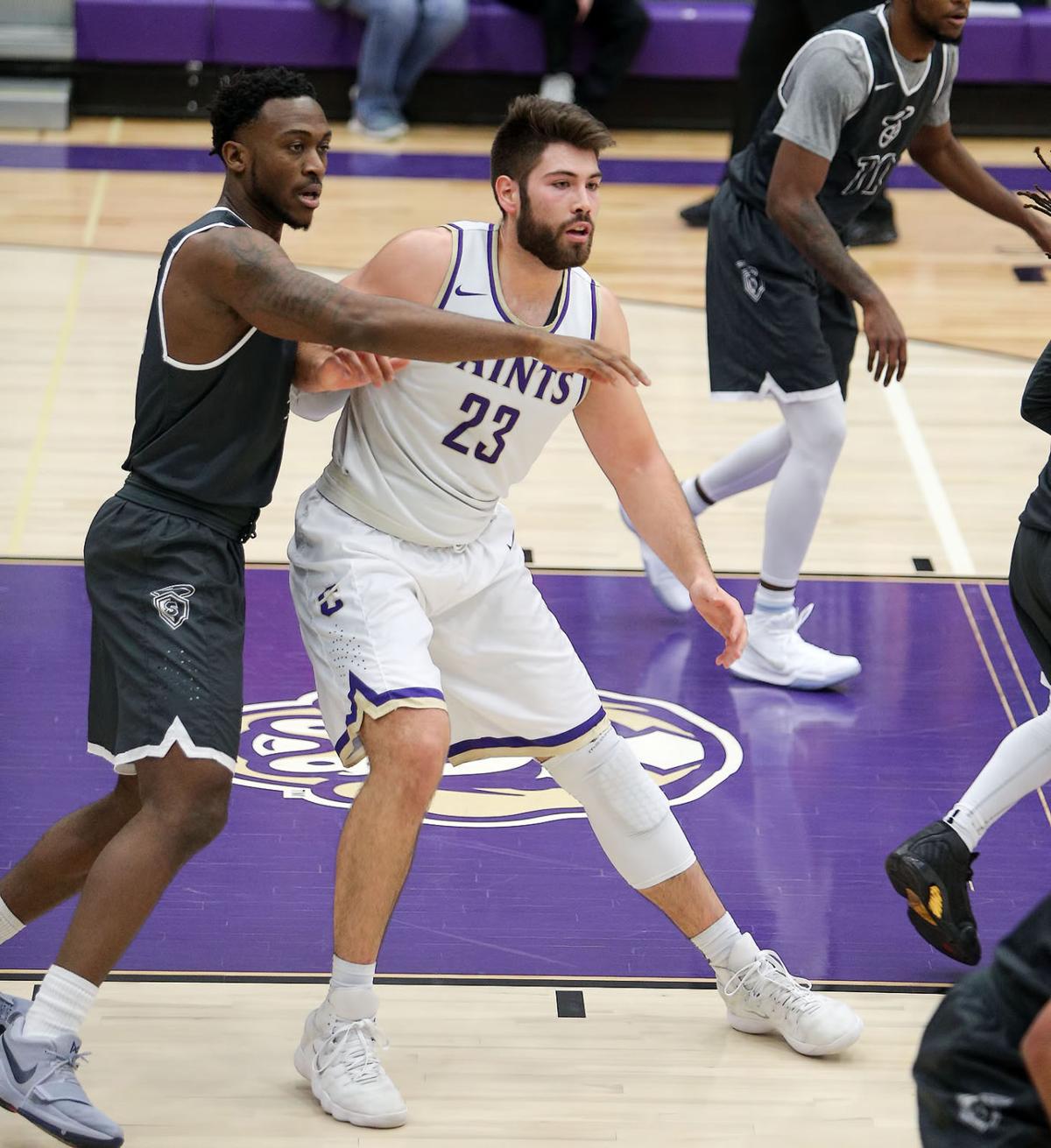 Preseason polls, awards or rankings do little to stir the senior big man from Napa Valley, California. As an all-American on the basketball court and chemistry major with academic all-American chops, he doesn’t need extra validation.

Whether folks nationally start to take notice of his rare combination of athletic gifts and academic prowess is out of his hands. All he can do is continue to excel in each task put in front of him.

“I don’t know if there’s any other player in the nation averaging over 20 points, over 5 rebounds, over 3 assists, over three steals and a block a game,” Saints coach Carson Cunningham said. “I don’t think there is, but maybe there is.

“It’s not something you see very often. When was the last time a chemistry major, who is a academic all-American caliber performer in the classroom, is a legitimate top tier candidate for national player of the year? I don’t know the exact answer, but I’m guessing never, or very, very, very rarely.”

Cunningham lights up when he describes Imhoff.

It’s not enough to be a tremendously gifted basketball player for Cunningham. The coach, who has a PhD in history from Purdue, values education. Unlike many NCAA D-I schools who make a mockery of the term student-athlete, to Cunningham the work in the classroom is equally, if not more, important than the on-court product.

Yet, in Imhoff’s case – and Cunningham will dutifully remind you – Imhoff is a chemist on and off the court. The 6-foot-6 big man breaks molecules down with ease, and perhaps breaks down opposing defenses even easier.

It’s tough to picture now, but Imhoff had few suitors after his senior year of high school. Former top Saints assistant Carlito Labarda jr., who now is the head coach of Eastern Oregon, found Imhoff and helped the kid from California realize a dream: earning a scholarship to play college basketball.

When you speak with Labarda, who is developing a culture in his first year at EOU, it’s very clear of his continued investment in Carroll College. He follows the Saints. He feels slighted when CC players and coaches aren’t recognized. And he, perhaps better than anyone, knows Imhoff’s value.

“Imhoff is a beast,” Labarda said over the phone recently. “He may be national player of the year. It’s a shame he wasn’t preseason pick of the year for Frontier.”

That sentiment is shared largely around Carroll.

Dom Robinson, the electric scoring guard from Western, received the preseason player of the year acknowledgement. Most people around Carroll feel Robinson is definitely one of the best players in the conference, but, as if they’d feel any other way, the Saints believe Imhoff is the best.

“I think Ryan deserved preseason player of the year,” Saints forward Matt Wyman said. “Dom Robinson is a great player, too, and we saw that last year.”

To be clear, this is not a battle of between Imhoff and Robinson. There is mutual respect. It’s more of a subtle reminder that not everybody believes the undefeated No. 4 Saints and Imhoff are as good as their production suggests.

“I don’t think Ryan cares about that stuff,” Cunningham said. “What I do think our guys are aware of is that our senior class, ever since they got here, largely has been maybe a little overlooked.”

Cunningham will remind his players, too. A season after winning the conference and making the deepest run in the 2017 NAIA tournament of any Frontier team, the Saints were picked to finish second in conference. Imhoff, after being one of the most productive and efficient players in the Frontier, also was not picked as the favorite to win player of the year.

“Carson brings things up like that every once in a while,” Imhoff said. “It fuels the fire here and there.”

Whether people believe in the Saints, at least this much is clear: Imhoff has a chance to be the best player in the NAIA this season. And he’s doing that while pursuing one of the most challenging majors Carroll offers.

“I just think it’s fun to be able to coach him and to try to help facilitate his ability to perform in the classroom and on the court,” Cunningham said. “What he’s doing is really neat and really rare.”

HELENA — While nothing can simulate the NAIA tournament exactly, the Carroll College men's b…