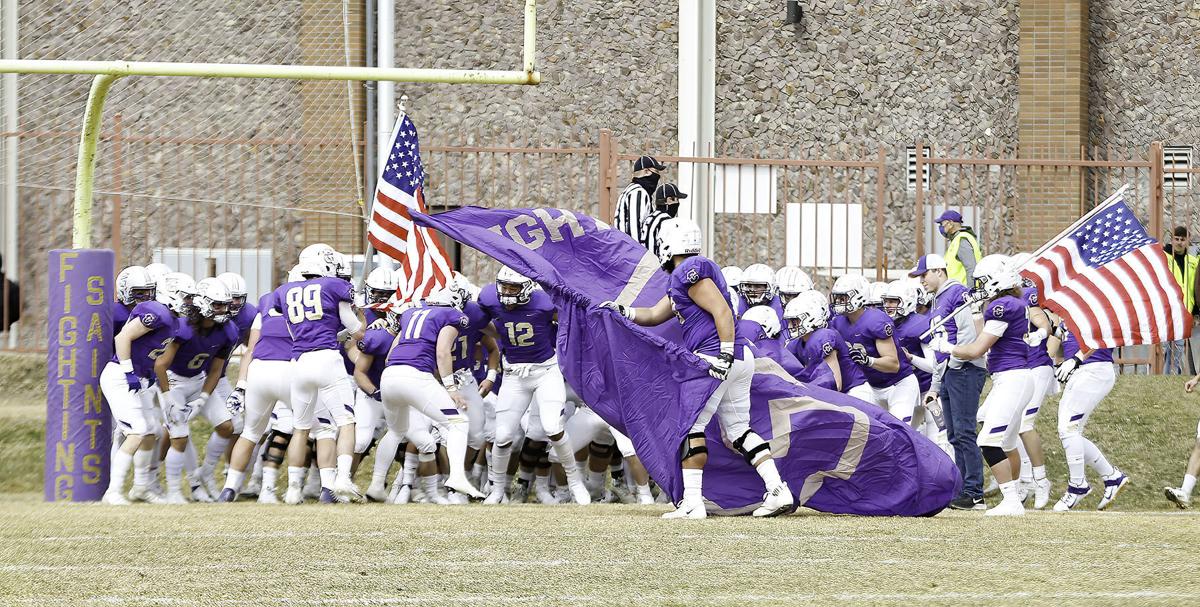 Carroll's football team prepares to run onto the field against Montana State Northern during the 2021 spring season. 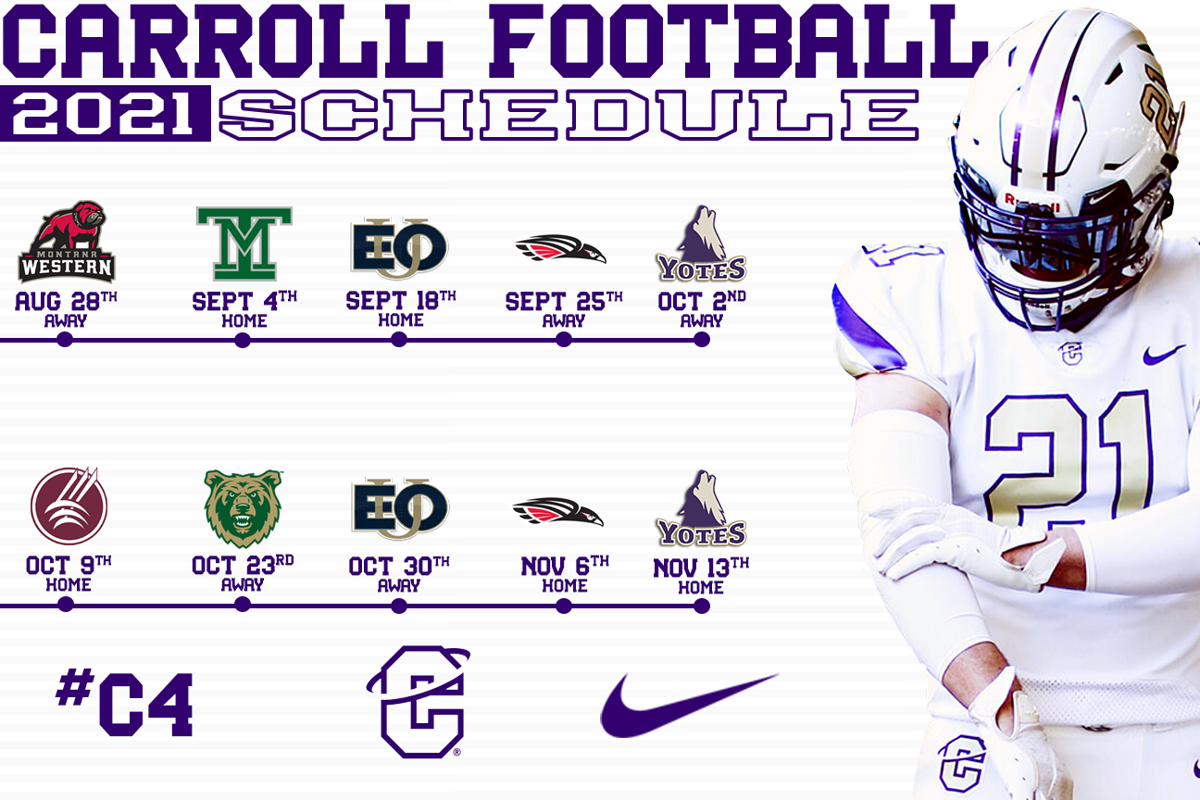 Carroll's football team prepares to run onto the field against Montana State Northern during the 2021 spring season.

HELENA — With an abbreviated four-game spring season in the rear-view mirror, Carroll’s football team announced on Monday its 2021 fall schedule.

“It’s just exciting to have a full schedule coming up here in the fall and it's exciting that we’re only 90-some days from getting back at it,” Saints head coach Troy Purcell said.

The Saints will get just over four months between the spring and fall campaigns when they travel to Montana Western on Aug. 28 to begin a 10-game in 12 weeks slate. Other away games include back-to-back trips to Southern Oregon and College of Idaho on Sept. 25 and Oct. 2 before another set of consecutive away games against Rocky Mountain College and Eastern Oregon on Oct. 23 and 30.

“I think it’s the first time in Frontier history that a Montana school has went out of state back-to-back weeks going to Southern Oregon and then having to go right back to College of Idaho the next week,” Purcell said. “That’ll be a great test for us. It’s a 16-hour trip down [to SOU] and 16 hours back and then get some sleep, have some practices and head to College of Idaho.”

Carroll’s first home game since a 28-19 win over College of Idaho on April 10 will come against Montana Tech on Sept. 4. The Saints and Orediggers did not renew their rivalry on the football field during the spring after Tech opted out of the season along with Southern Oregon and Western. It will be the first time Carroll and Tech have met at Nelson Stadium since Nov. 9, 2019.

“Everybody in the Frontier has got a really solid chance of winning any game on any given weekend,” Purcell said. “Just to have a home game will be real exciting for the fans to get back in the seats...Should be a good draw. It will be a great atmosphere.”

Eastern Oregon is scheduled to make the trip to Helena on Sept. 18 with Montana State Northern to follow on Oct. 9. Carroll ends its season with back-to-back home contests against Southern Oregon and College of Idaho on Nov. 6 and 13.

“It’s great to be able to have a couple [home games back-to-back],” Purcell said. “Grind throughout the season and play those away games earlier and then have two home games at the end.”

Open dates have been standardized by the Frontier Conference and pending any non-conference additions, all teams will have Sept. 11 and Oct. 16 off.

Carroll was ranked 22nd in the final NAIA top-25 poll of the season released last week.

Below is the Saints’ full schedule for the 2021 fall season: