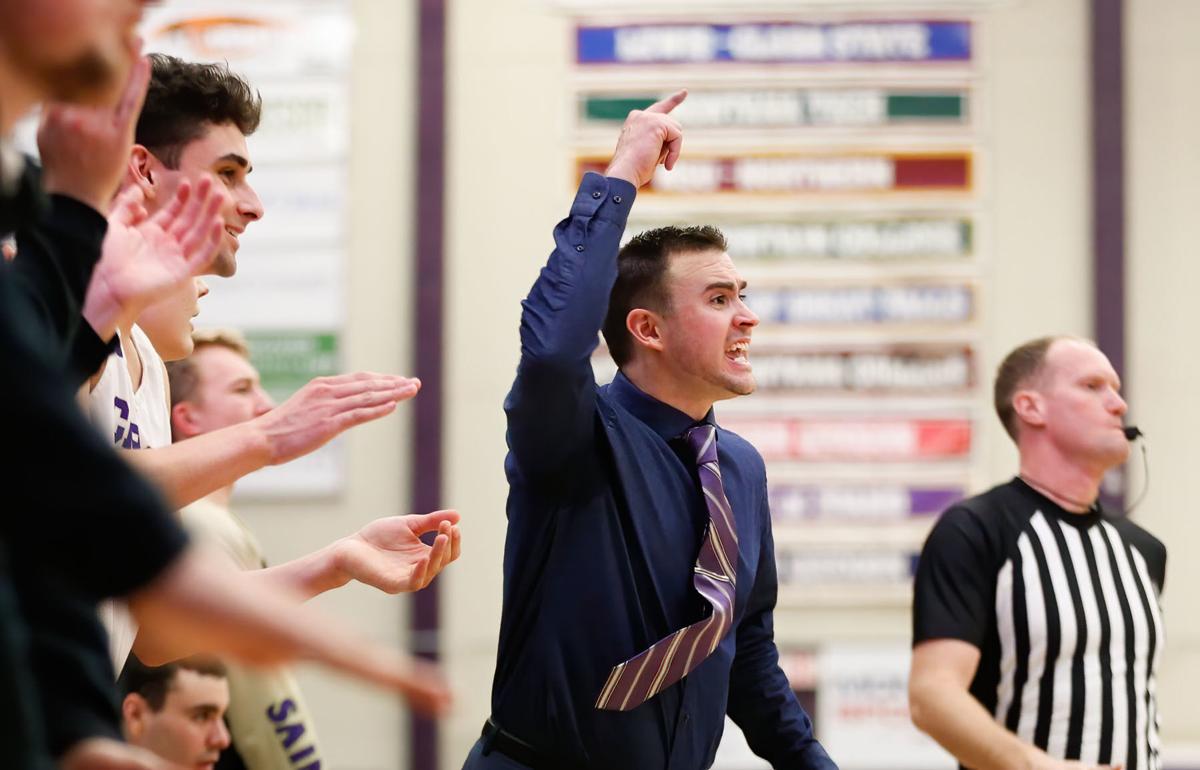 Carroll College men's basketball coach Kurt Paulson yells out to his team during a game against Montana Western at the PE Center. 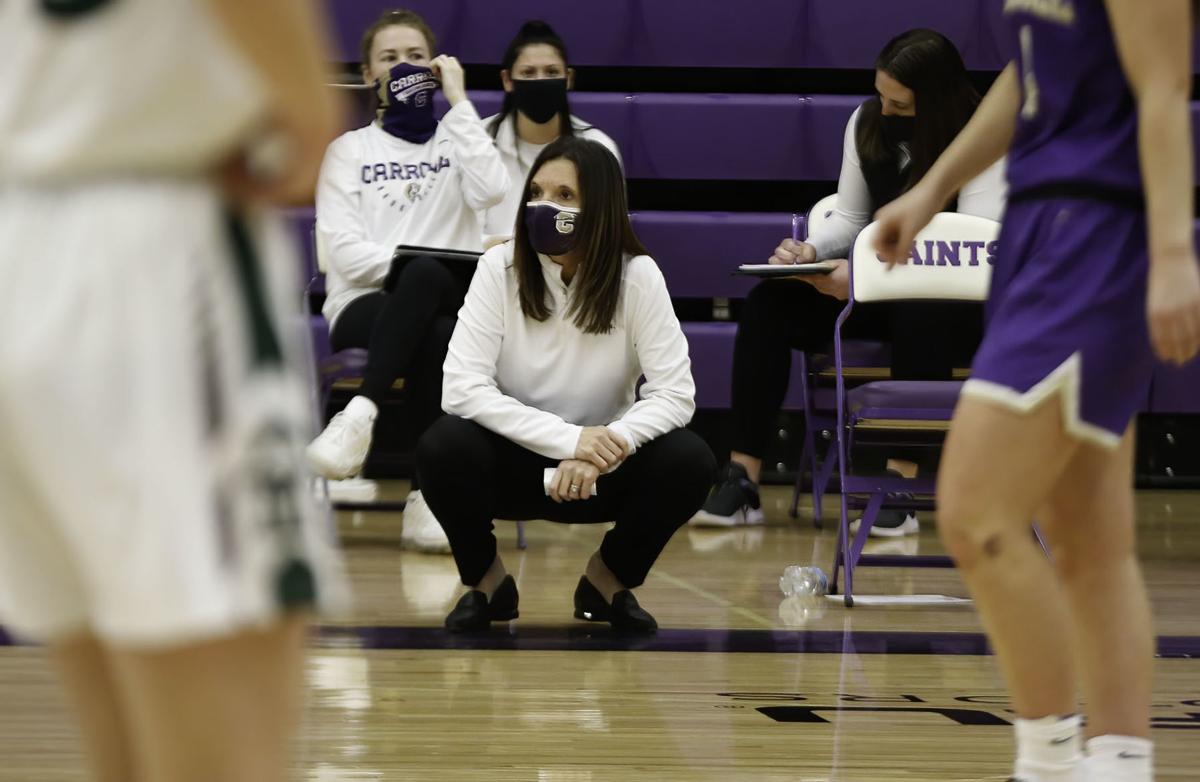 Carroll College men's basketball coach Kurt Paulson yells out to his team during a game against Montana Western at the PE Center.

HELENA — Saturday brings playoff basketball to the PE Center once again. The Carroll women represent the No. 1 seed in the Frontier Conference Tournament, while Kurt Paulson’s men’s team is the No. 2 seed on their side of the bracket.

Both teams earned byes into the semifinal round and watched on Thursday night as their opponents advanced through the quarterfinals.

Rachelle Sayers’ team will face Montana State-Northern at 5 p.m. and the men will follow at 7 p.m. with a matchup against Montana Tech. The Saints went a combined 6-2 against their opposition during the regular season and will enter their respective games with separate win streaks of at least three games.

Below are how the Carroll head coaches are feeling going into Saturday, as well as some information on past success in the league tournament.

“I think these guys’ mindset is that we still have a lot of unfinished business,” Sayers said. “These guys remember getting knocked off in the semifinals last year and that still bothers them. They want to be able to finish strong. We want to go in and take care of business on Saturday, get ourselves to Monday and whoever we may be playing on Monday night, we’re going to be excited and these guys are going to be ready to go.”

Carroll’s roster features five players who are slated to play in the final postseason of their careers. The Saints’ aforementioned league record is the best in program history dating back to at least the 2003-04 season, something the players want to capitalize on.

“Our record this year is better than it’s been in previous years,” senior Danielle Wagner said. “We’ve been good every single year, but especially this year we have something different. The experience, the talent that we have, I think it just sets us up for a lot of success. Our motto that we live by is ‘winners stay’ and at this point it’s winners stay because it could be one-and-done, it could be anything, you just never know.”

The Saints are winners of 11 of their last 12 games, including an eight-game win streak that spanned nearly a month. A home loss to Providence is the only blemish during that stretch as Carroll scratched and clawed its way to the No. 2 seed in the tournament with a 13-5 league record.

A top-50 team in the NAIA in seven different statistical categories, the Saints are resting on nothing they have accomplished so far this season until they have some new hardware to display.

“Never satisfied,” Paulson said. “That’s what I told them at the end [of practice on Thursday] there in the huddle. I was pretty stern about putting that first 22 games behind us and not being satisfied right now.”

On the defensive end of the court is where Carroll really comes to life. The Saints are currently leading the Frontier in scoring defense at 65.1 points per game and rank inside the top-10 nationally in that same category.

Over the last nine games, Carroll is holding opponents to just 61.6 points per game, a mark that includes holding Western to an average of 57.5 points over two games last weekend.

A high-intensity group on that end of the court, a lot of that energy can be drawn from Paulson on the sideline who can often be seen and heard getting down into a defensive stance with his team and yelling defensive assignments and offensive tendencies.

“Just wanting the guys to win,” Paulson said of where his energy comes from. “I can’t be sitting down if I want them to be flying around on defense. They gotta feed off of me from the sideline. Some coaches can [sit down], I can’t, I gotta be involved. I just can’t sit down.”

The Saints are 2-2 against Tech this season. After losing the first two matchups earlier in the year, Carroll beat the Orediggers by scores of 88-70 and 74-48 in late January inside the PE Center.