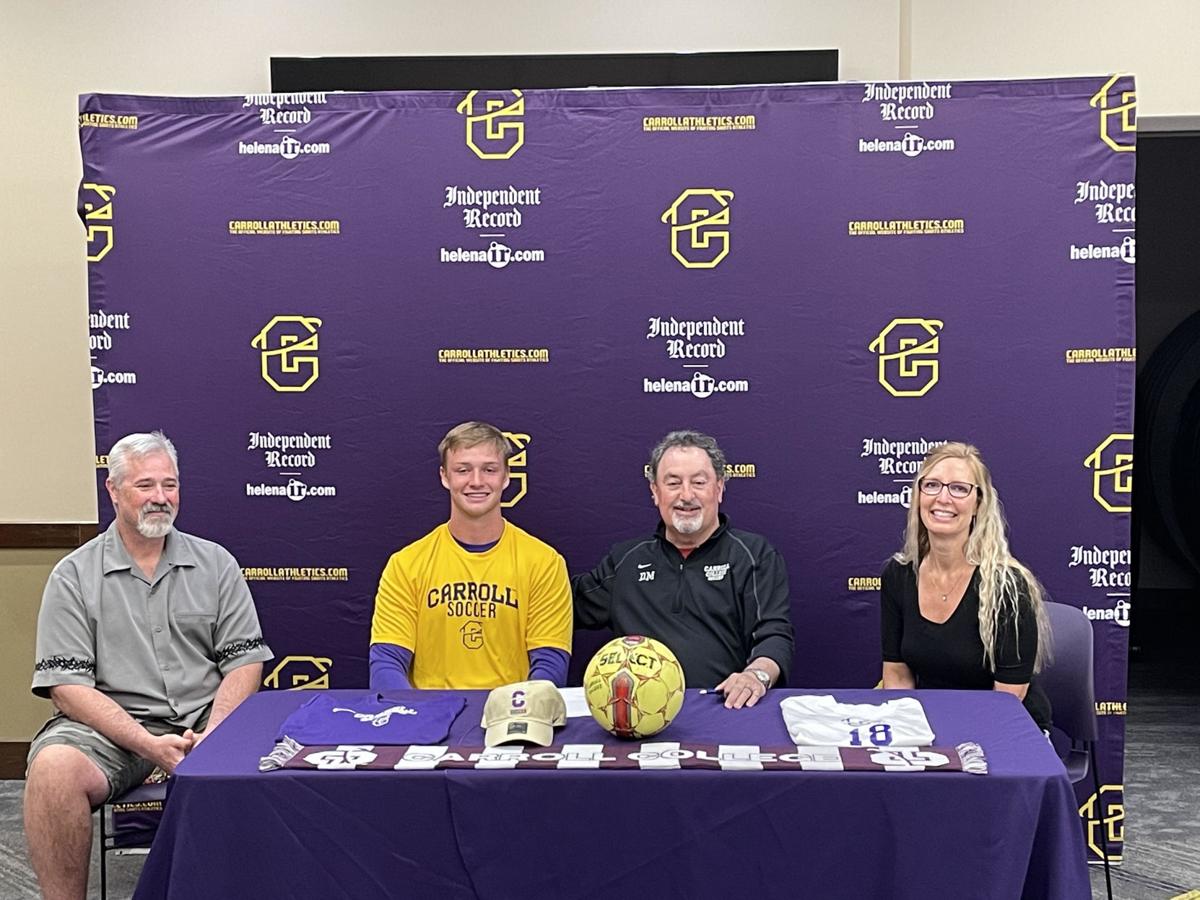 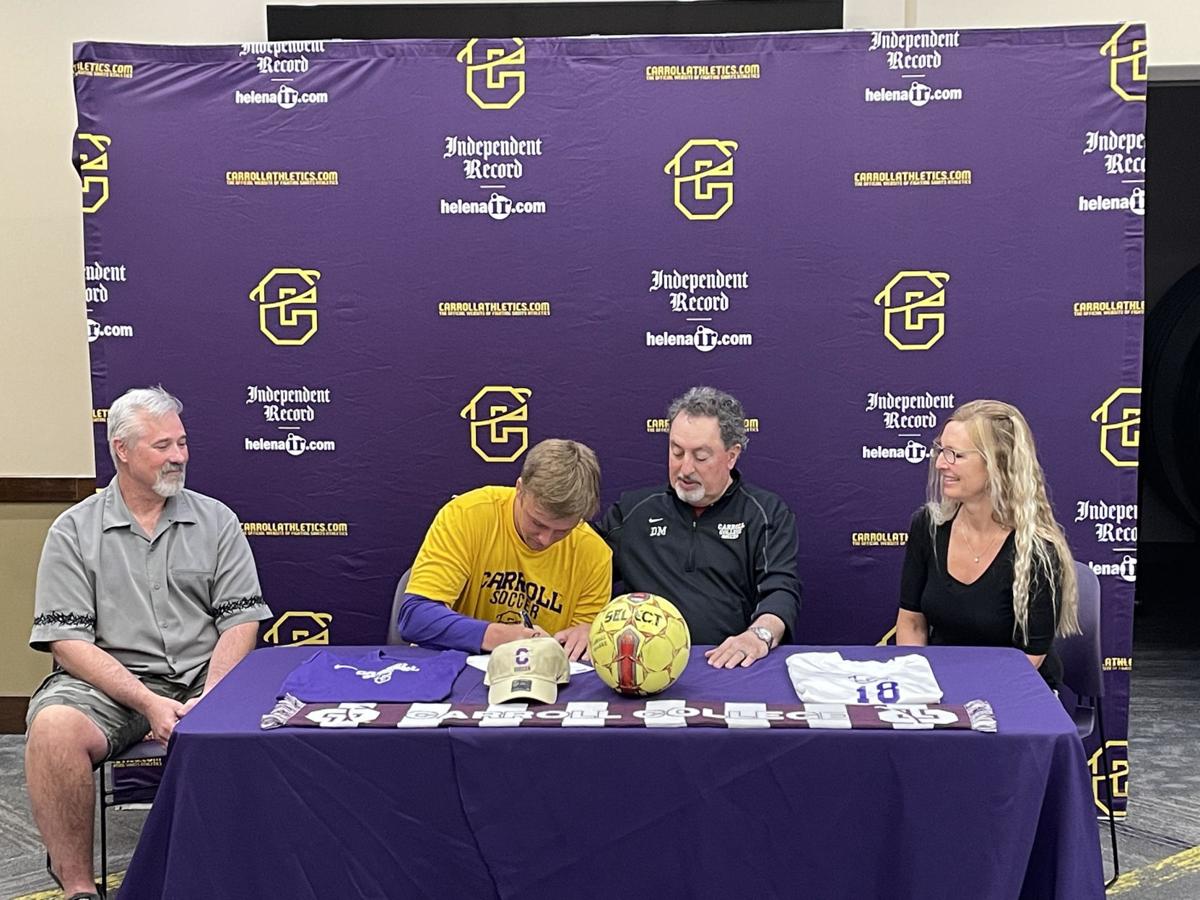 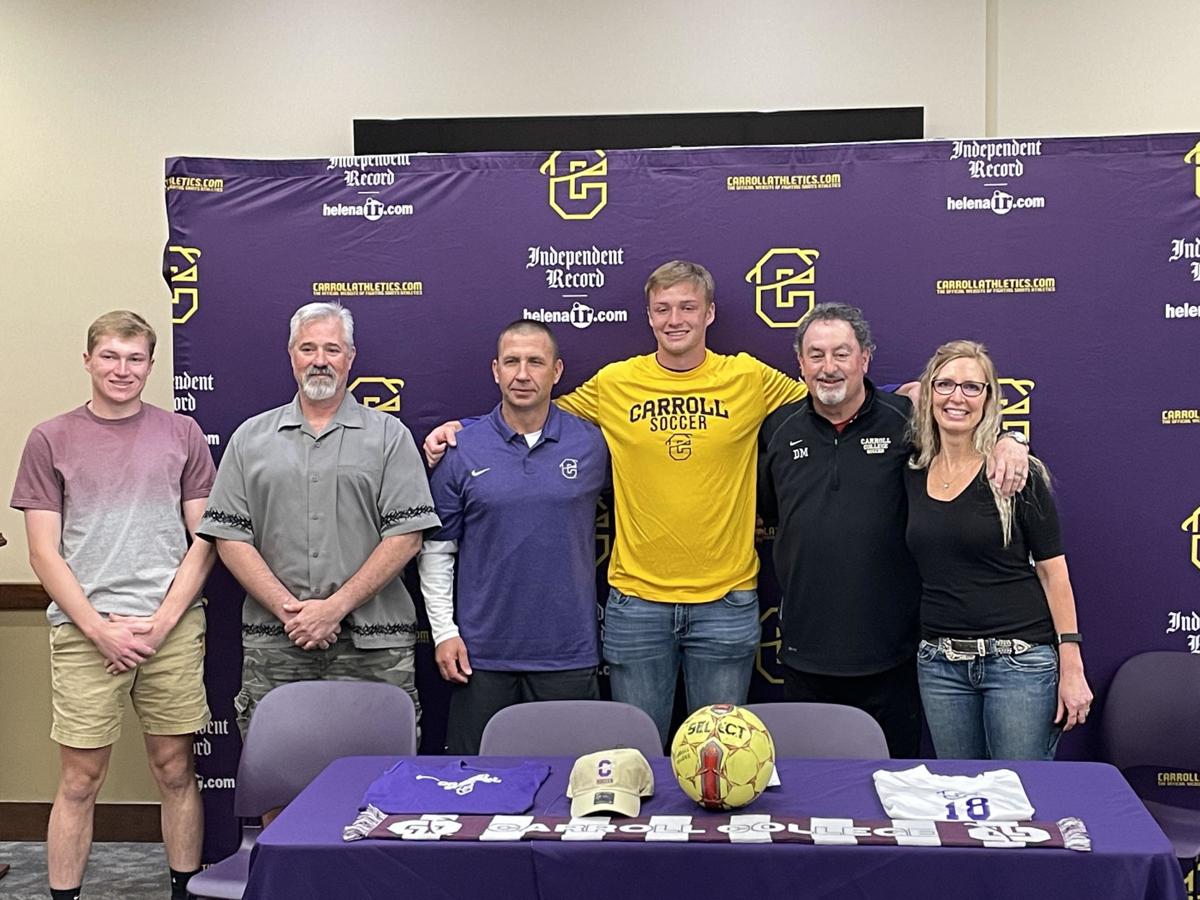 “I’m just happy to continue playing soccer,” Hayes said. “That’s what I’ve wanted to do since I was little and to hopefully do something for the team...I chose Carroll because it’s close to home. I’ve gone to the camps also every year since I was in sixth grade. I just love Carroll.”

Hayes, who looks like he could double as a tight end for Carroll’s football team, is listed as tall as 6-foot-4 and describes himself as a strong, physical player on the pitch. Having played a multitude of positions for various soccer teams, Hayes is capable of playing a handful of different places for Saints head coach Doug Mello.

“His strengths at this point, he’s a strong center mid or maybe, for us, a center defender,” Mello said. “He’s got the flexibility to play a couple positions through the middle of the pitch, which is always helpful. Maybe give Caleb [Hoxie] a partner in crime there on the field.”

A multiple-time All-Conference player at the high school level, Hayes helped lead the Bengals to an 8-3-3 record last season and past Capital in the first round of the playoffs. Hayes is a player that has, according to Mello, been on Carroll’s radar for a while now due to his involvement in the Saints’ various camps over the years.

Now, Hayes will get to reunite with some of his friends that are either fellow recruits or already on Carroll’s roster.

“I’m really looking forward to it, because I’ve been playing against three of the guys here my entire high school career and we’ve played together in club soccer,” Hayes said. “Two of my other buddies were signing this year, so I’m super excited to be playing with them.”

The addition of Hayes only further bolsters Carroll’s commitment to picking up all the best talent available in the Helena area. Three Capital players were part of last year’s class and now three more local names have signed within the last month.

While staying local is an easy form of recruiting for Mello and his coaching staff, all these players have the ability to make an impact for the Saints quickly.

“We have a nice group of players returning, but all of the players that we’ve recruited, especially locally, are players that can come in and contribute right away,” Mello said. “That’s something we feel is important. We don’t need players redshirting and taking two or three years to crawl into the lineup. It’s players that we’re recruiting and have signed already that are going to be able to come in and right away make a big impact on the squad.”

The Saints are chasing a conference championship, and after falling short in an abbreviated campaign, are adding players to make sure they are in the hunt for that title next season.

Hayes, who will only help in that quest, said he is currently undecided on a major at Carroll.