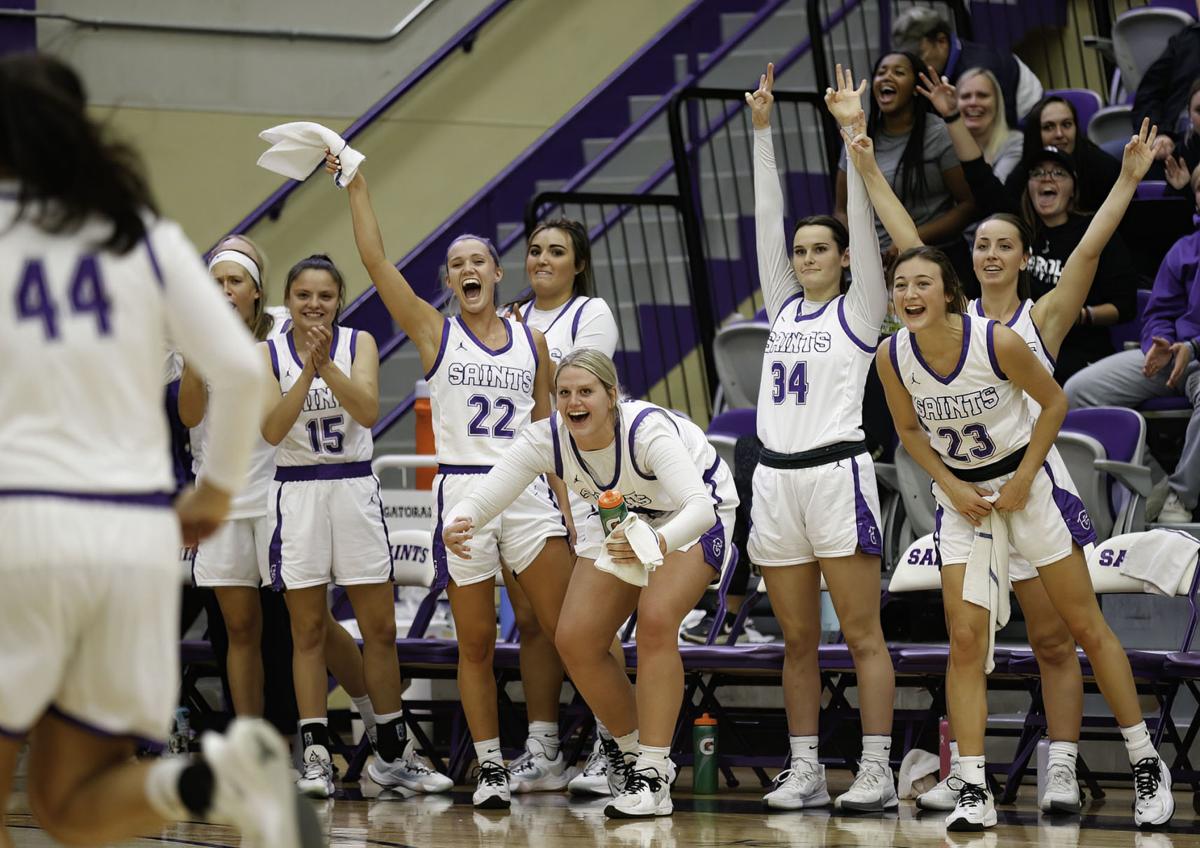 Carroll's bench celebrates a play during a nonconference game against Viterbo earlier this season inside the PE Center. 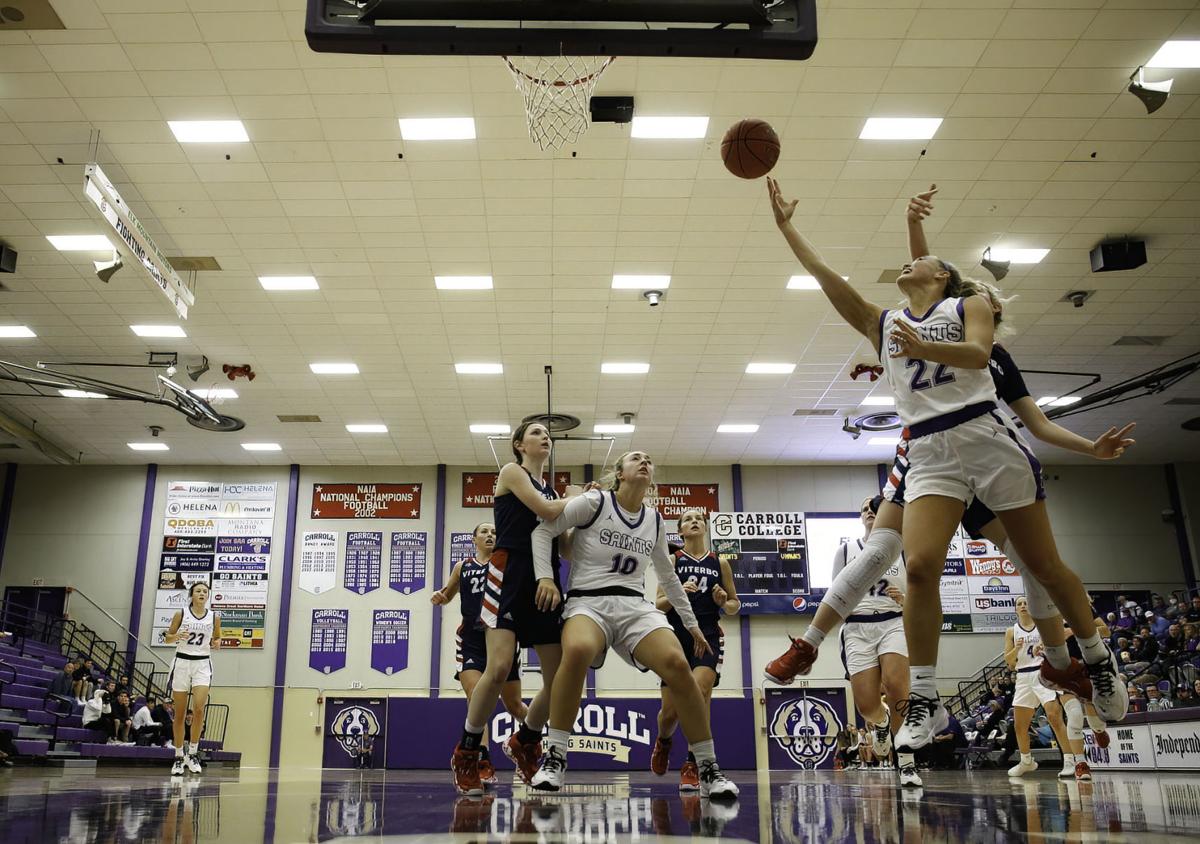 Carroll's Kamden Hilborn attempts a layup during the Saints' nonconference game against Viterbo earlier this season inside the PE Center. 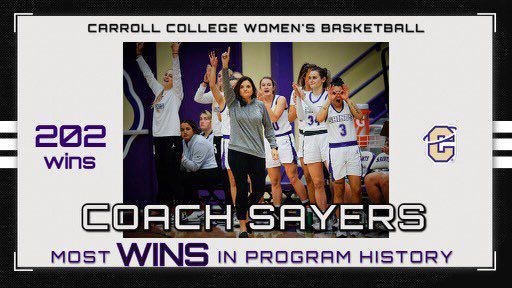 Carroll's bench celebrates a play during a nonconference game against Viterbo earlier this season inside the PE Center.

“I think it means I’ve coached some really good players and worked with some very good coaches,” Sayers said of the accomplishment. “It says a lot about the commitment by our staff ... To have former players that want to stick around and be a huge part of that is really exciting. Not only that, but you have four of the five seniors that are back. It says a lot about the tradition and what we’ve built here. It means a lot to me to have these people still around to share this with me because they’ve been a huge part of it.”

By halftime, and after shooting 45% in the second quarter, Carroll led by 12 points. It grew that lead to 23 with an 11-0 run out of the halftime break.

“We were able to up-tempo it a little bit. We wanted to keep the tempo at our tempo,” Sayers said. “Obviously Corban wanted to slow it down and pound that thing in the post. When they do that, they have great success, and we just didn’t want that to happen. I think we fouled a little bit too much, but 27 points off turnovers is always going to be a good thing. We’ve just got to keep getting better every game.”

Carroll forced 21 turnovers on Sunday and outpaced Corban by 19 in the points-off-turnovers department. Some of the reason for that was Carroll’s switch to a zone defense that featured a corner trap. The Saints picked up a handful of their 11 steals off that look throughout the game, and held Corban to 26% (6-for-23) shooting in the second and third quarters combined.

“We’ve been wanting to play a little bit more zone and that’s kind of part of our zone package. We’re able to trap that ball in the corner,” Sayers said. “With [Corban’s] height, it made it a little hard because they were able to kick it out of there. I thought the players did a good job of getting that trap set and getting the cut-off there. We were able to pick a couple off and get some easy twos at the other end.”

Christine Denny finished with a game-high 20 points in the win, while Dani Wagner and Sienna Swannack joined her in double figures with 15 and 11. Kamden Hilborn chipped in nine points in 25 minutes, but also added six assists, four steals and three rebounds.

Carroll buried 11 3-pointers on Sunday, including seven in the first half, and shot 45.8% from long range for the game.

“I think we have really good shooters,” Sayers said. “The other thing that, I think, sometimes goes unnoticed is people making plays for other people. Hitting the shooter at the right time, in the right spot, and giving them a good pass. We talk a lot about that and we talk about delivering the ball in the right spot. We have a lot of players doing a great job and setting their teammates up.”

The win on Sunday was Carroll’s third straight and moves the Saints to 3-1 on the young season. Up next for the Saints is an exhibition against Montana State University on Tuesday. Tipoff from Bozeman is scheduled for noon.