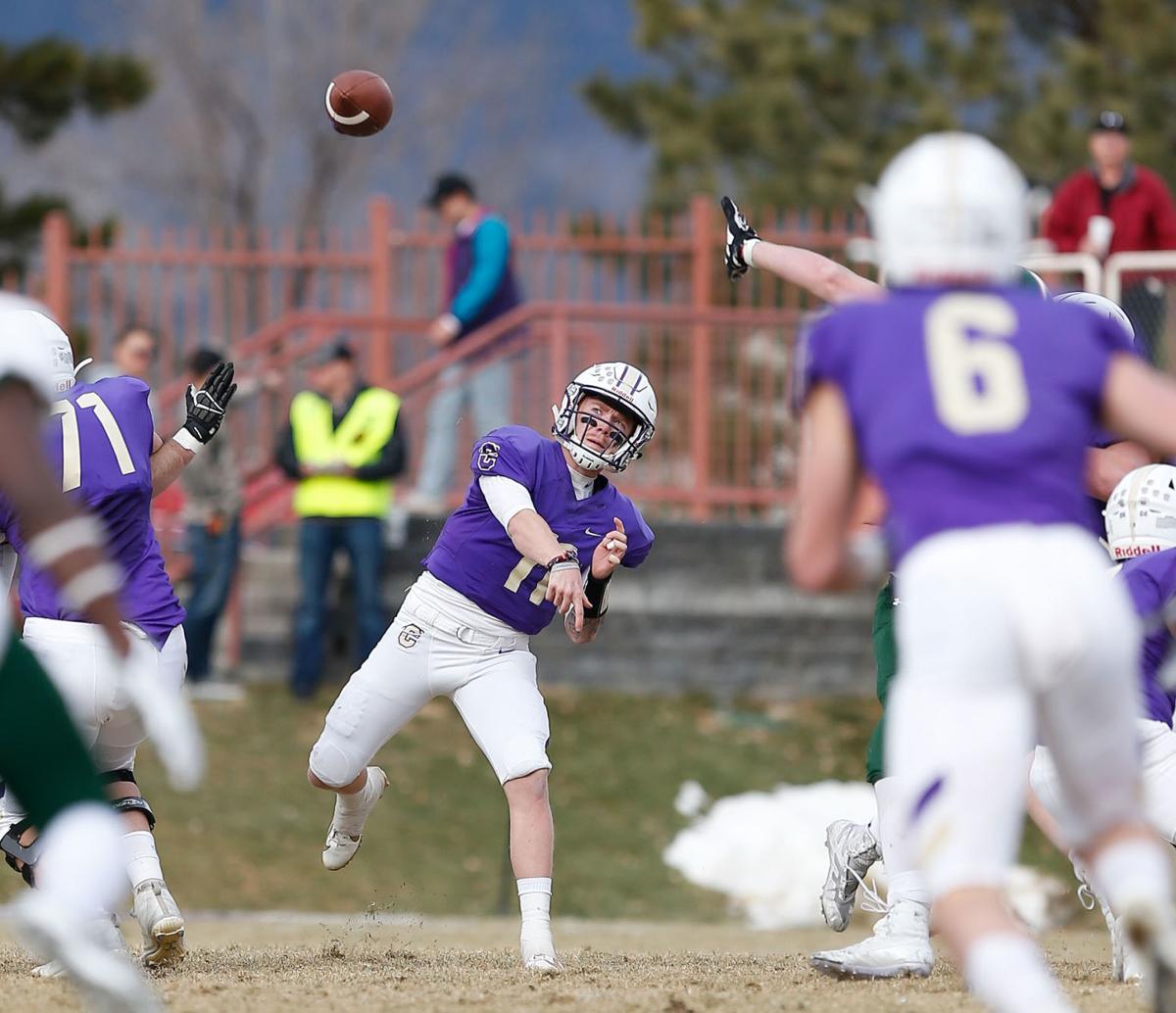 Carroll College quarterback Devan Bridgewater connects with Shane Sipes for a first down during last season's game against Montana Tech at Nelson Stadium. 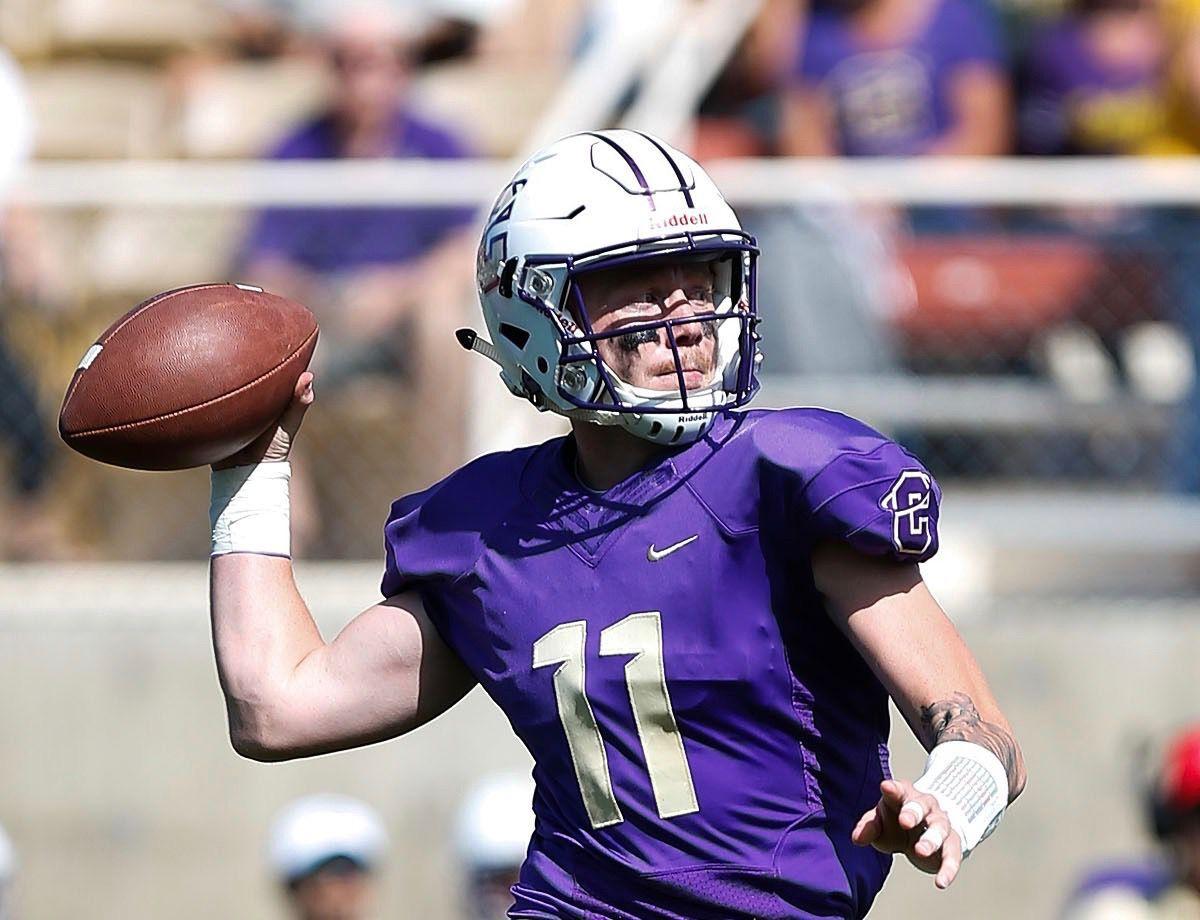 Carroll College quarterback Devan Bridgewater connects with Shane Sipes for a first down during last season's game against Montana Tech at Nelson Stadium.

HELENA — Experts and head coaches alike will tell you the biggest jump in the play of a collegiate athlete comes in the transition from their freshman to sophomore season.

In Carroll College quarterback Devan Bridgewater’s case, the 2020 off-season has been ripe with growth and maturity for the player who figures to be the Saints’ signal-caller for a second consecutive year.

“Last year was a learning experience for everybody in the program, head coach all the way down to true freshman,” Saints offensive coordinator Alex Pfannenstiel said. “It’s taken that second year of maturation now as a football program. I think Devan is really symbolic of that. Last year getting to start 10 games for us as a redshirt freshman, there’s a lot of times he was still learning on the fly with some things because of experience.”

Carroll’s off-season following the 2018 campaign featured a head coaching change and the arrival of Bridgewater on campus after a redshirt year at Colorado State University-Pueblo. This off-season, while longer in time, has seen even more change on the offensive side of the ball, with Pfannenstiel taking over the offensive coordinator role and wide receivers Shane Sipes and Joe Farris deciding not to return for a spring season.

Still, Bridgewater showed his coaches plenty of development during fall practices, a time when Carroll got to run through some of what it wants to do in 2021.

“I think Devan has done a good job this off-season of starting to get to that next level within our scheme,” Pfannenstiel said. “Being able to get to third and fourth reads within a progression and understanding how to adjust plays and check plays at the line of scrimmage. He has a very natural football intelligence, a great feel for the game, and now that he’s more comfortable with the basics of the scheme, we’ve been able to expand that with Devan quite a bit.”

Pfannenstiel said it was nice to see Bridgewater carry the responsibilities the coaching staff gave him last season, but at times it seemed like the game sped up on the young quarterback.

In fall practice, Bridgewater seemingly controlled that mental side of the game, according to his coordinator, and really began to unlock some more of his potential and ability.

While strides are being made with No. 11, the coaching staff already had a pretty solid base to build off of from 2019.

Making his first collegiate starts, Bridgewater threw for over 2,000 yards and rushed for another 263. He accounted for 23 total touchdowns and finished 24th in the NAIA in passing efficiency with a 137.0 mark.

In the final two games of 2019, Bridgewater tossed a combined seven touchdowns, including a career-best four against Eastern Oregon in the season finale.

It was those types of performances and his overall prowess to be a good leader that led the Saints to vote Bridgewater as an offensive captain for this upcoming season.

Those standout games also highlighted the growth in-season that really set him up for a strong off-season.

“He’s just got some intangible qualities that I didn’t even know he had until that game No. 1,” Saints head coach Troy Purcell said. “Feeling the pocket and feeling the center. Having a clock in your mind...Just understanding the game and getting the ball out. I think he came a long way. As a player last year, from the beginning to the end, I think he came along a tremendous amount. Just understanding what the defenses were doing and what we’re trying to accomplish with this scheme at that moment in time.”

Purcell said it is not outside the realm of possibility to see more RPO play-calling mixed into the game plan this season. At 5-foot-11, 185 pounds, Bridgewater is one of the more athletic players on Carroll’s roster, allowing the coaching staff more freedom in an offensive plan of attack.

“He’s an athletic kid,” Pfannenstiel said. “Devan is a guy that’s good at picking up a basketball, shooting a basketball, playing volleyball, swinging a bat. Although he may not be Lamar Jackson in terms of straight line speed, he’s a very athletic kid that’s able to do a lot of things and I think that shows up on game day.”

Twice last season Bridgewater rushed for over 75 yards in a game. In his collegiate debut, he also added his first 300-yard passing game, showcasing the strong arm that allowed him to emerge from the Saints’ quarterback room as the starter.

How much of that growth and development Bridgewater picked up last season and during fall practice has stuck remains to be seen. The Saints have not been on a practice field as an entire unit since October, and will have just three weeks once practice resumes to prepare for a campaign that begins on Feb. 27.

So far, Bridgewater has been a quick study.