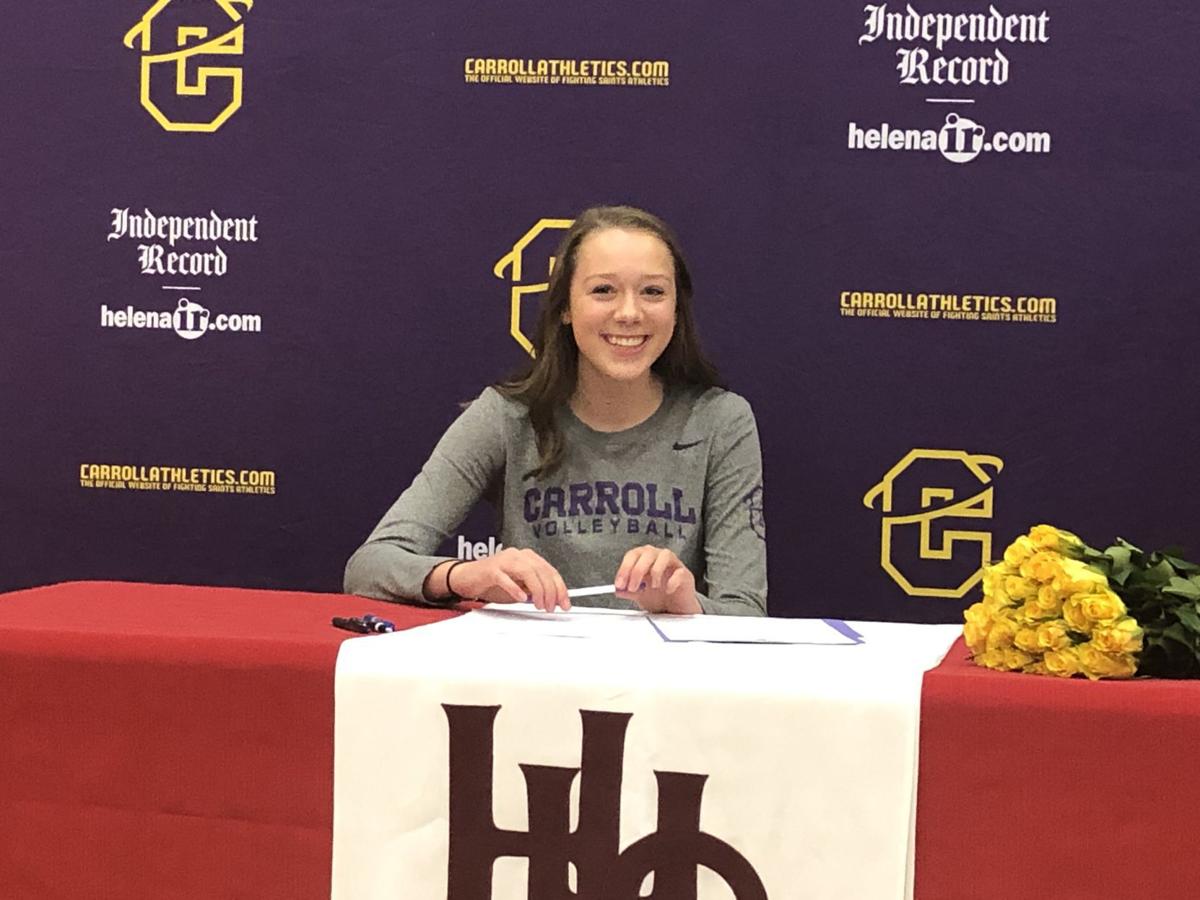 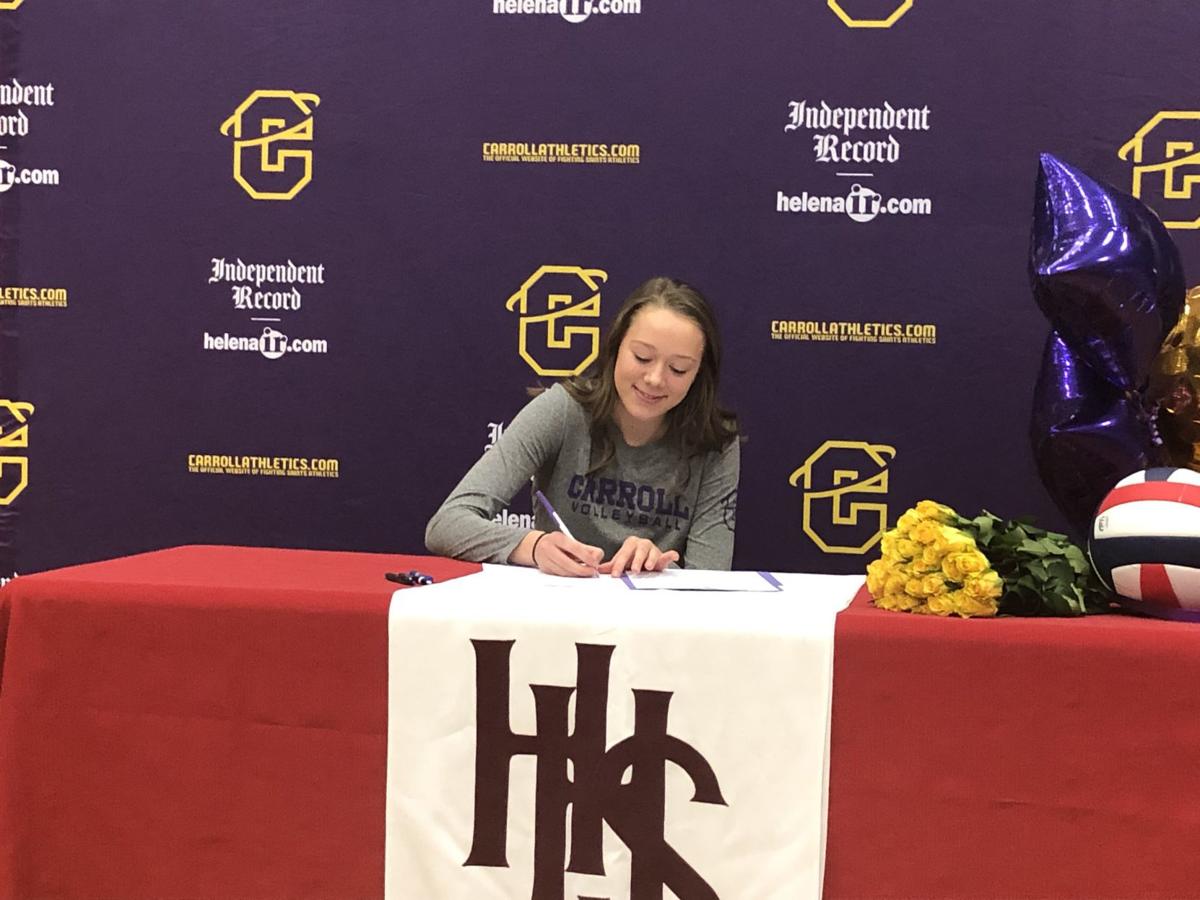 Helena High's Liz Heuiser signs her NAIA letter of intent Tuesday  to commit her to playing for Carroll College.

Helena High's Liz Heuiser signs her NAIA letter of intent Tuesday  to commit her to playing for Carroll College.

HELENA -- It's been an exciting couple of weeks for Helena High's Liz Heuiser.

Last week, she helped lead the Helena High volleyball team to the Class AA state title match and eventually she and the Bengals finished as the runner-up.

Then, a little more than a week later, Heuiser capped one accomplishment with another, as she signed her NAIA letter of intent to play volleyball at Carroll College.

"It's kind of been a roller coaster of emotions," Heuiser said. "But I am feeling really good and I am excited."

Heuiser just completed her junior season for the Bengals and while she certainly had other colleges that were interested in her, Carroll was the only really choice.

"I think that I have known for awhile that I wanted to go to Carroll," Heuiser said. "I wanted to stay close to home and it's a smaller school and I really feel like I will fit in well with the team."

It also didn't hurt that Heusier is a Carroll legacy after her mom, Amy, played for the Saints in the 1990s.

A 6-foot middle hitter from Livingston, Amy Heuiser was a three-time all-conference selection for Carroll (1992-94), and in her senior year, she was named Frontier’s MVP and selected a 1994 NAIA honorable mention All-American.

"I knew from the start that she wanted me to go to Carroll," Liz Heuiser said. "But she didn't push me in any direction. She let me decide on my own and I decided that I wanted to go to Carroll."

Heuiser was an outstanding hitter for the Bengals this season and put together an incredible run through the Class AA state tournament that at one point included four straight victories before losing to Helena Capital in the final match.

Heuiser will certainly earn Class AA All-State honors for her efforts and will return to the Bengals next season when she will get to play another year alongside her sister, Lauren Heuiser, who is currently a freshman.

"I am excited that I will get to stay in Helena," Heuiser said. "I wanted to be able to my watch my sisters play volleyball in high school."

Heuiser is the second Bengal to sign with an NAIA program this season. Senior setter Emily Feller signed with Montana State University-Northern earlier this fall.

Heuiser said that she expects to study nursing at Carroll.

Choosing the 2019 All-Area Volleyball Player of the Year was about as easy as beating Helena Capital this past season.