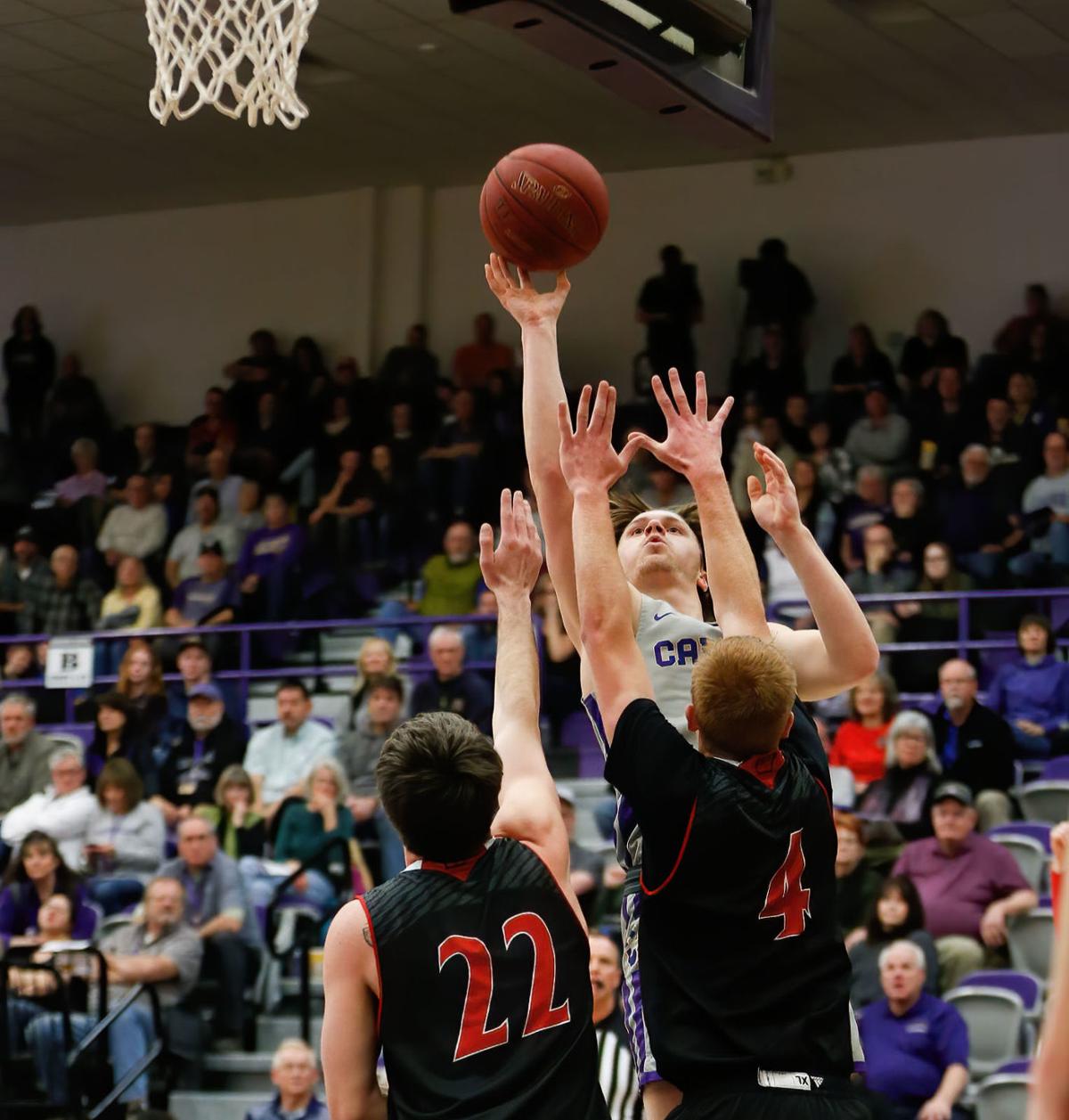 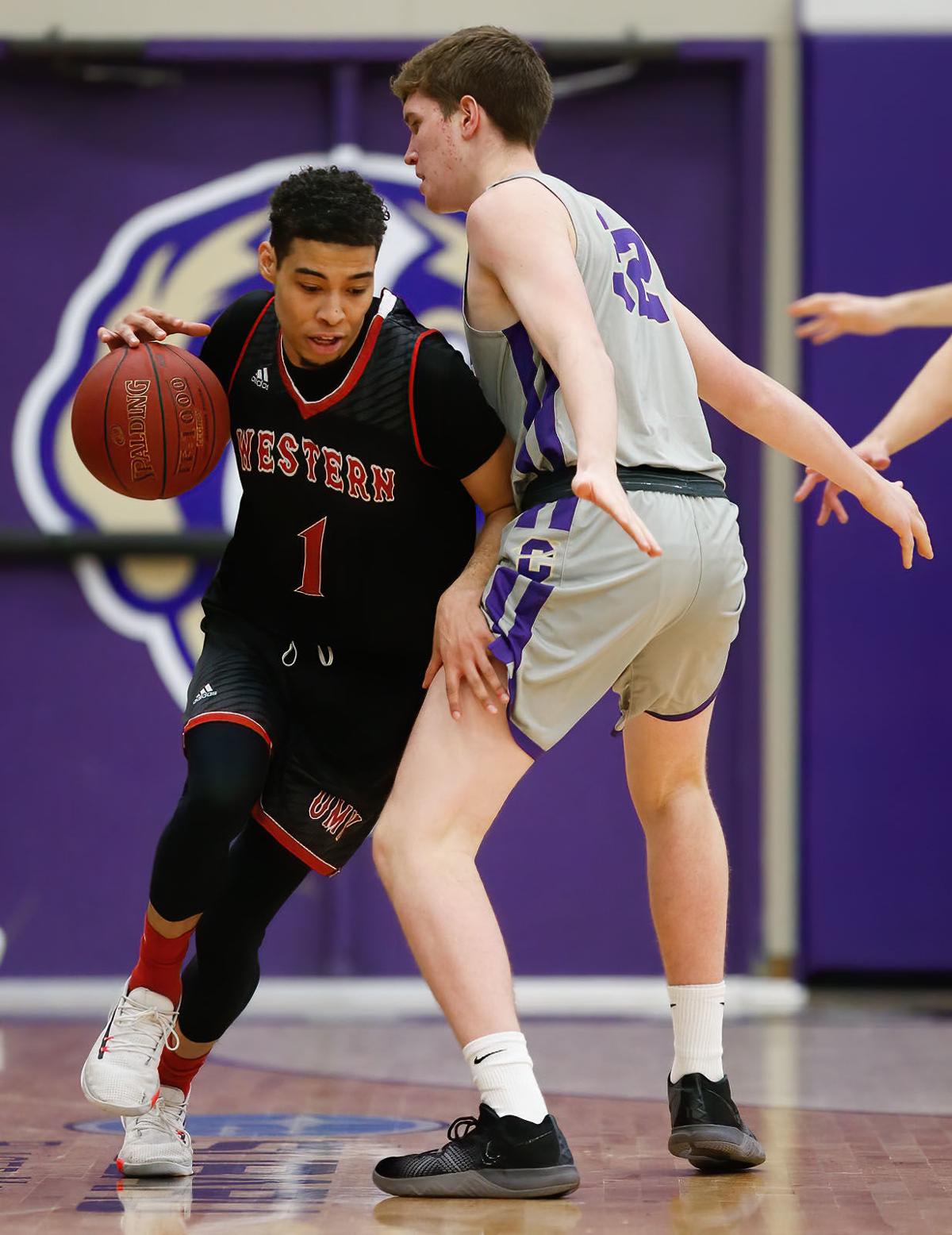 He spent time in it as a player and now as a coach.

So it comes at no surprise that no team should be taken for granted.

Montana Western proved just that as they stunned a packed house at the PE Center, knocking off the No. 9 Saints 80-74 on Friday night.

“They just came out hard and ready to play,” said Saints senior guard Dane Warp. “They hit some timely shots.”

While there was disappointment in the Carroll locker room, losing its first regular season conference game at home since Dec. 9, 2018, it was a signature win for Bulldogs’ coach Mike Larsen.

“This feels great,” Larsen said. “To come here and beat Carroll on their home floor is definitely a program builder for us.”

Larsen was an assistant coach at Dakota State University in Madison, South Dakota, for seven years before he took the Bulldogs head coaching position two seasons ago.

Montana Western (8-8, 1-4 Frontier) had just nine wins, but a win like this was a long time coming.

“This team has just gotten better every single day,” Larsen said. “I think this is what I have been waiting for as a coach but today we showed we can be right in the heart of this conference.”

Carroll (14-4, 5-1) entered the PE Center after a long week that included a quick turnaround for a three overtime marathon against Rocky Mountain.

But the players didn’t show fatigue in the first quarter.

By midway through the first half, Carroll was in control by double digits.

While the Saints held the lead for the entire first half, Montana Western kept hanging around.

Shots by Dane Warp and Flowers were answered by the Bulldogs, more specifically Connor Burkhart.

Montana Western’s senior forward was a perfect 3-for-3 from the field and led his team with 10 points and eight rebounds.

Seeing this, Carroll kept pushing on and took a 39-26 lead into halftime.

Everything was fine, until the second half began.

Montana Western came out of the locker room and decided to make a defensive change.

Instead of planing man defense, it switched to a 2-3 zone.

And the Saints started to miss shots.

Their once 13-point halftime lead turned into an eight point advantage and then just to a five-point cushion.

Carroll rallied to push the lead back up to 10 points but Montana Western attacked again.

“We prepared for a zone but we just had a little brain fart when they switched to it,” said Flowers, who finished with 12 points. “We didn’t know how to answer.”

Finally the Bulldogs took the lead when Derrek Duroucher was fouled by Flowers on a 3-pointer.

His three free throws up them ahead 70-68 and Montana Western never relinquished the lead.

Warp finished with a team-high 23 points but was 1 for 7 from 3-point range.

Sljivancanin was held to just 14 points after averaging

This isn’t the first time a Saints team was upset during conference play.

Last season Carroll started the conference season with a loss to Rocky Mountain.

This was the same team who lost three out of its four games to start February but still made it to the NAIA National Championship game.

Paulson knows how important it is to keep moving forward.

“Some film to see how we are exposed will be great,” Paulson said. “There are definitely thing we need to work on and get better.”

At least Carroll will have some time before they go back up to Havre to take on Montana State Northern on Wednesday.

And the loss still gives them a half game lead over Providence and Lewis-Clark State who play tomorrow.

As for Montana Western, they will have the bus ride home to celebrate but left the Saints with a valuable lesson.

HELENA — It hasn’t been a particularly good week for the Carroll College men’s basketball team.