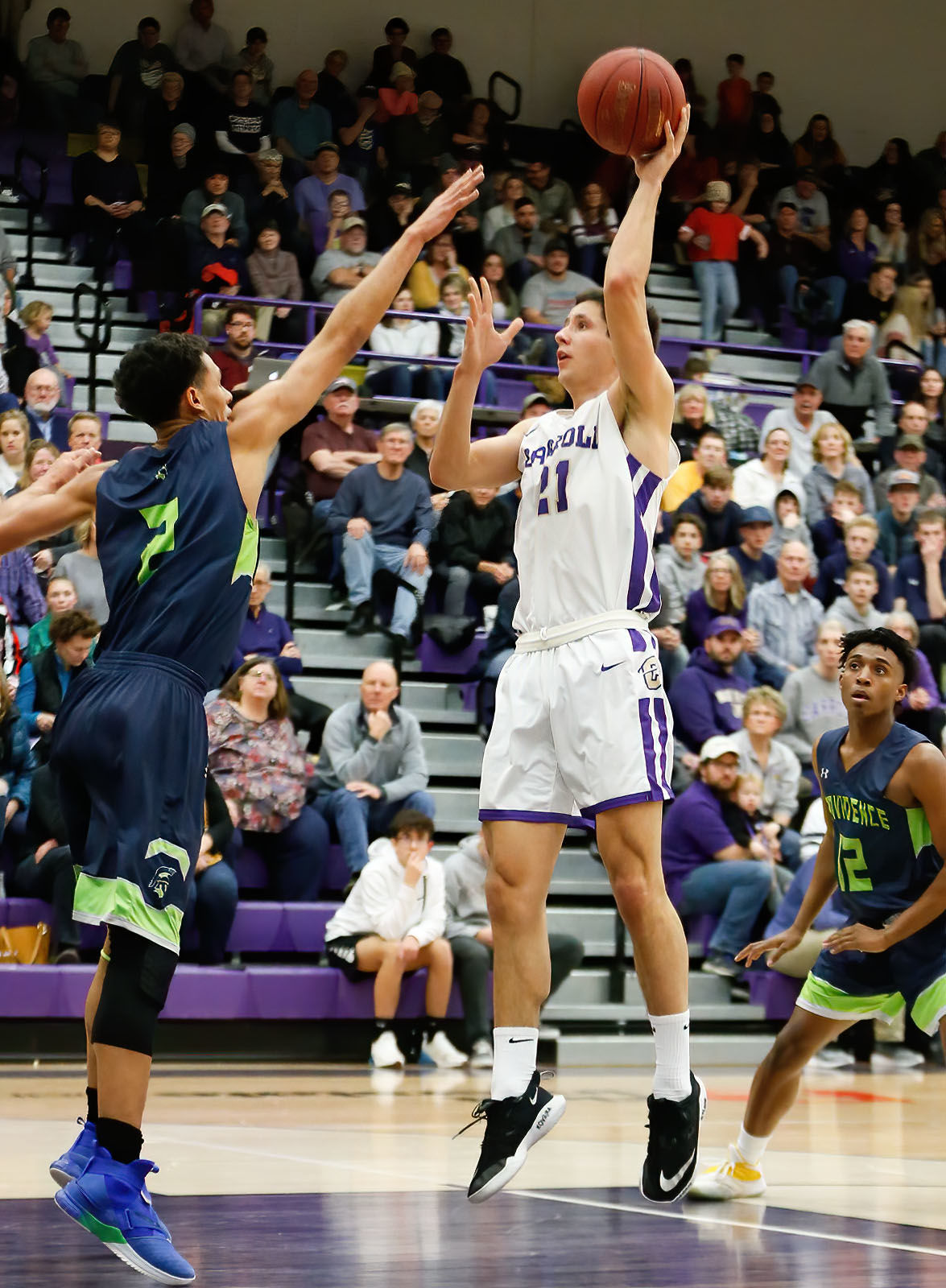 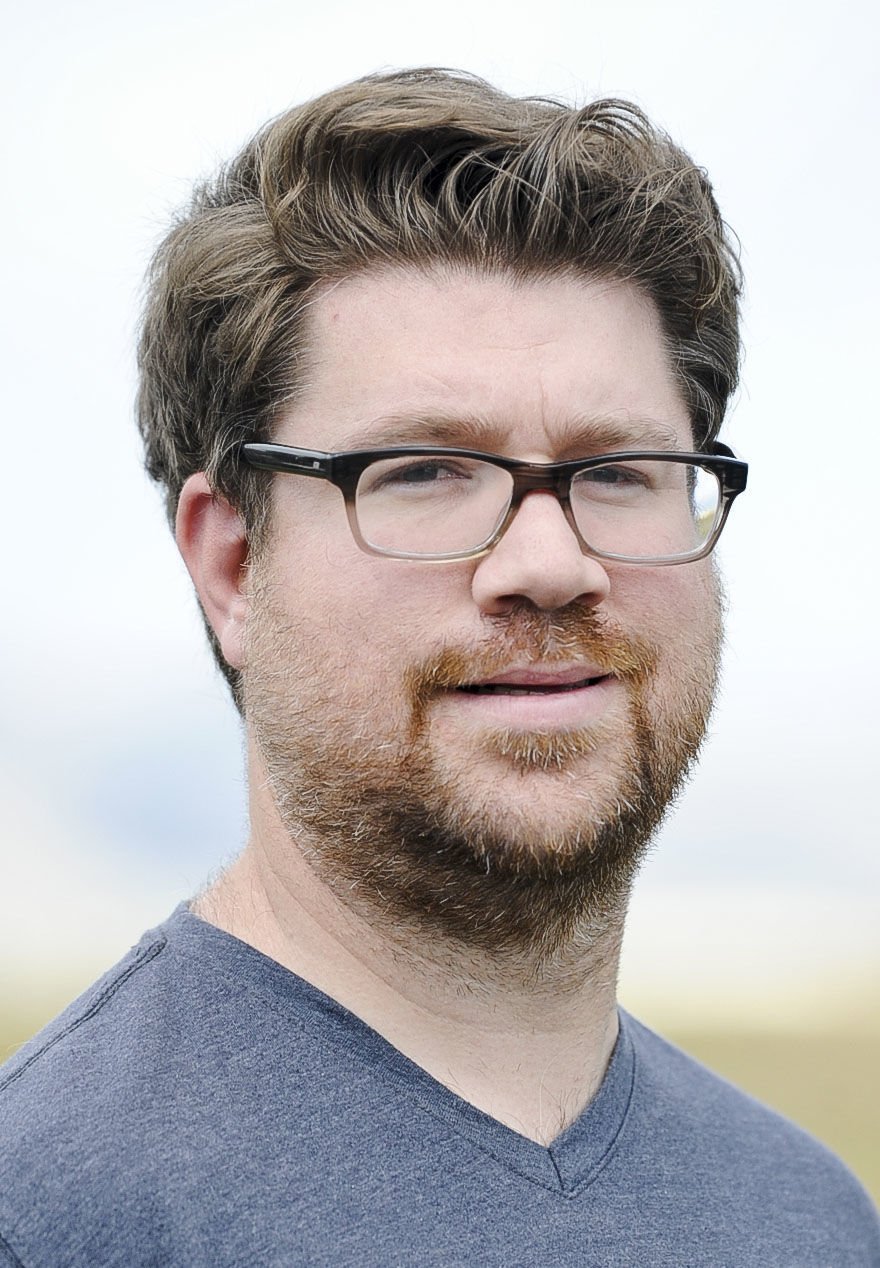 HELENA — University of Providence junior guard Zaccheus Darko-Kelly stands in a league of his own.

Let me remind you of what he did at Carroll College’s gymnasium on Saturday night.

The Saints had no answer for his offense.

His seven 3-pointers showed he had no limit to his range, and a hand in his face wasn’t even a minor distraction.

“I don’t know what you can do on that kid,” Carroll coach Kurt Paulson said. “He can elevate, shoot and is obviously a tough matchup.”

Darko-Kelly finished with 33 points, nine rebounds, three assists, a block, and a steal.

And Providence fans in Great Falls are used to performances like this.

Back in November, Darko-Kelly has scored 30-plus point games against Northwest University and Dickinson State and, in the season, leads the Frontier Conference with 22.2 points per game.

This is all after a year of watching from the sidelines. He had to sit out all of the 2018-19 season because of NAIA transfer rules when he chose to follow coach Steve Keller and make the jump from Montana Western to Providence.

But as impressive as Darko-Kelly’s season has been, don’t hand him the Frontier Conference Player of the Year trophy just yet.

Carroll has its own superstar.

His name is Jovan Sljivancanin.

DIAMOND IN THE DESERT

Paulson didn’t know much about Sljivancanin before recruiting him.

After Paulson had a player de-commit, he went to Vegas to scout some players.

It was his friend George Swanson, an assistant coach at North Idaho College, that mentioned Sljivancanin to Paulson.

“(George) said, ‘I have this Serbian kid I’ve been watching all week, and he’s the best player at the tournament,’” Paulson said.

Over the next two days, Paulson followed Sljivancanin from game to game.

“You just have to trust your own eyes, you know,” Paulson said.

He came off the bench and showed some bright spots.

HIs confidence grew after he brought video game numbers to the PE Center, finishing with 19 points and 18 rebounds against Providence last February.

Now, in his second year, he has lost 20 pounds, is eating healthier and showing even a bigger desire to become the best.

In his first game this year against Southern Oregon, he put together 34 points and 13 rebounds in a winning effort.

Now, he leads the team with 19 points per game and 10.6 rebounds per game.

But he isn’t satisfied.

“Honestly, I’m just proud of myself,” Sljivancanin said. “I just get motivated during every practice. My game is working for me and I’m looking forward to seeing what I can do these next few years.”

There is no doubt Darko-Kelly is one of the biggest scoring threats in the Frontier Conference, but Sljivancanin’s numbers shouldn’t be ignored.

Darko-Kelly is only averaging 3.2 more points per game but almost four fewer rebounds.

Sljivancanin might not have the assist total of Darko-Kelly, but he does 14 fewer turnovers.

The bottom line is, Darko-Kelly might be in his own league, but Sljivancanin proves there is at least one other player that is willing and able to play at that level.

The Frontier Conference Player of the Year award will be decided in March.

Paulson knows his pick to win.

“He will win Player of the Year before he leaves Carroll, if not this year,” Paulson said.

And I couldn’t say it any better.

Read for the rest...