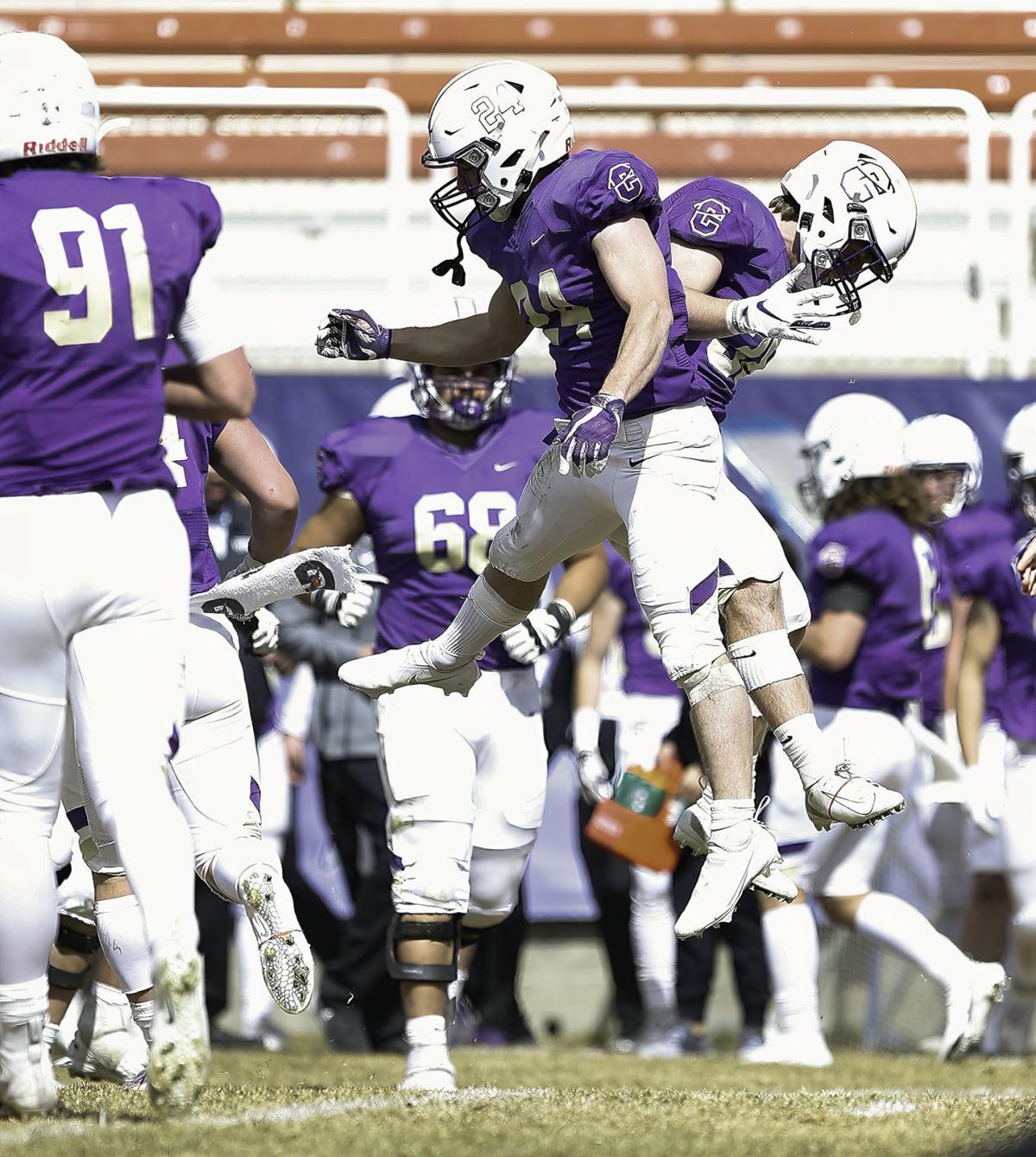 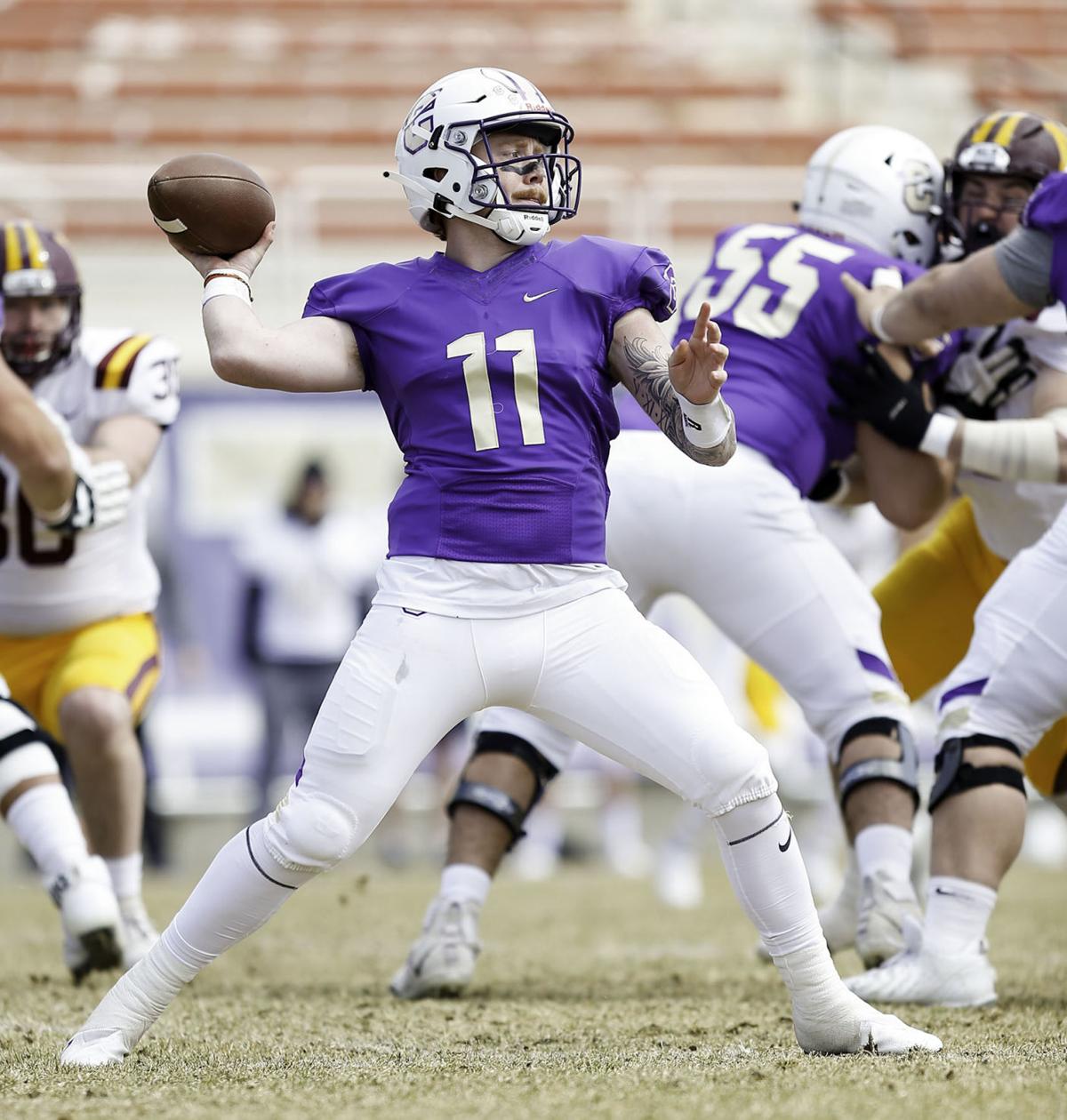 Carroll quarterback Devan Bridgewater gets ready to throw a pass in the Saints win over MSU-Northern on March 27.

Carroll quarterback Devan Bridgewater gets ready to throw a pass in the Saints win over MSU-Northern on March 27.

“It’s like any other game and no other game,” Saints head coach Troy Purcell said. “We’re going to stay on track, we’re going to sail the course and never be too high and never be too low. That one rep mentality is just going to continue this week. You can’t play not to lose, you play to win. You play with some confidence and you play aggressive football, Carroll football, and you leave it on the field.”

Carroll stumbled in its second game of the season against Eastern Oregon, but saw the Mountaineers fall to College of Idaho last week, further opening the door for the Saints to step through and claim a postseason bid in this abbreviated four-game season.

“You lose one game early and you’re kinda thinking maybe we don’t have an opportunity, then you get a little help along the way and sure enough you’re right back in the driver’s seat for possibly getting a conference championship and a trip to the playoffs,” Purcell said. “Hasn’t happened around here for a while. Just proud of our kids and the great practices we’ve had this week and last week to prepare for College of Idaho.”

Beating College of Idaho on the football field is no small feat, however, and teams have been figuring that out over the last two-plus years. Entering Saturday, the Coyotes own a 19-game regular-season win streak dating back to 2018 and a seven-game win streak in the state of Montana.

Fresh off capturing the program’s 300th victory in a 49-38 win over Eastern Oregon last week, College of Idaho held its position inside the top-10 in the NAIA coaches’ poll at No. 6. The Coyotes have already locked up a share of the Frontier Championship with their third win of the season and are eyeing a fourth-straight win over Carroll dating back to the 2017 season.

The Saints, however, seemed to find some of what they were lacking offensively against Montana State Northern two weeks ago, racking up over 500 yards of offense, more than 300 of which were on the ground.

Sophomore running back Matthew Burgess is top-three in the NAIA in rushing yards per game at 142.3 and there is some optimism that Carroll will be the healthiest version of itself once Saturday rolls around following an open date in the schedule.

“I think it worked out pretty good for us with a couple of receivers that we’re going to get back and a healthier offensive line and a healthier defense,” Purcell said. “Giving them a little bit of a break was good. When you come off a bye week, sometimes your practices aren’t real sharp or real crisp, but I was proud of our guys and coaches for getting them up and proud of the guys for getting their minds right and having a great two weeks of practice.”

College of Idaho has also had its struggles with injuries this season, and lost its starting quarterback in Jacob Holcomb earlier this season. In his stead, redshirt freshman Ryan Hibbs stepped up and threw for 266 yards and three touchdowns against Eastern Oregon in his first career collegiate start.

At Hibbs’ disposal is a talented corps of pass-catchers that has seen four different players haul in at least seven passes this season. Sophomore Isaiah Veal and freshman Brock Richardson have combined for 22 catches, 431 yards and four touchdowns through three games. Richardson’s brother, Connor, has caught eight passes this year, but torched Carroll for 147 yards and two touchdowns in a College of Idaho victory last season.

“They got the Hibbs kid there at quarterback, he’s their lightning,” Purcell said. “Calzaretta at running back, he’s a solid player, he’s a veteran, he’s a senior this year. They do a great job, they’re very well-coached. You’re going to see an explosive offense throwing the ball.”

Carroll has struggled slowing down opponent’s passing games and is giving up 228 yards through the air on a 56.1 percent completion percentage entering Saturday. That number ranks in the bottom half of the NAIA, but when it comes to letting teams turn those yards into points, the Saints clamp down.

Owners of the best scoring defense in the Frontier, Carroll is allowing just 15.7 points per game to its opponents while forcing over two turnovers and sacking the quarterback nearly three times per contest. Keeping Hibbs off-balance, according to Purcell, will be key to slowing down College of Idaho’s talented wide-outs and making the Coyotes turn to a running attack that has not produced at a high level thus far.

Carroll’s own rushing attack is a top-20 one in the country, averaging north of 200 yards per game. Burgess averages six yards per carry and is already nearing 450 yards after just three contests. With the Saints so successful at running the football, though, expect the Coyotes to load the box, making it harder for Burgess to find meaningful yards and putting more pressure on Devan Bridgewater and the passing game.

“You gotta be able to stretch the ball then,” Purcell said. “They’re going to load the box with nine, you can’t run against that, there’s too many guys, you got a numbers situation there. So we have to be able to throw the ball...Be successful throwing it so you can be successful running it.”

Putting a game together with solid play in all three phases is what it will take for Carroll to get the win they need on Saturday. College of Idaho’s defense has made it hard for teams to do that so far this season and played a large role in the Coyotes’ comeback against Eastern Oregon with two fumble recoveries returned for touchdowns in the fourth quarter.

Still, Carroll needs a win to begin triggering the multitude of tiebreaker scenarios that could send the Saints to the postseason, and finding a way to walk away victorious is the first priority for Purcell, his staff and football team.

“I think we just gotta go put our best foot forward,” Purcell said. “How ever it ends up, it ends up...As long as you’re doing that, then you give yourself a chance to win the game, and if it’s meant to be, it’s meant to be. The No. 1 [thing] is just to go out there and play well for four quarters...This is why you play. Games like this, having the juice and the excitement and everything is why you play the game and it’s fun to prepare for a game like this.”

Kick off between Carroll and College of Idaho is scheduled for 1 p.m. inside Nelson Stadium.