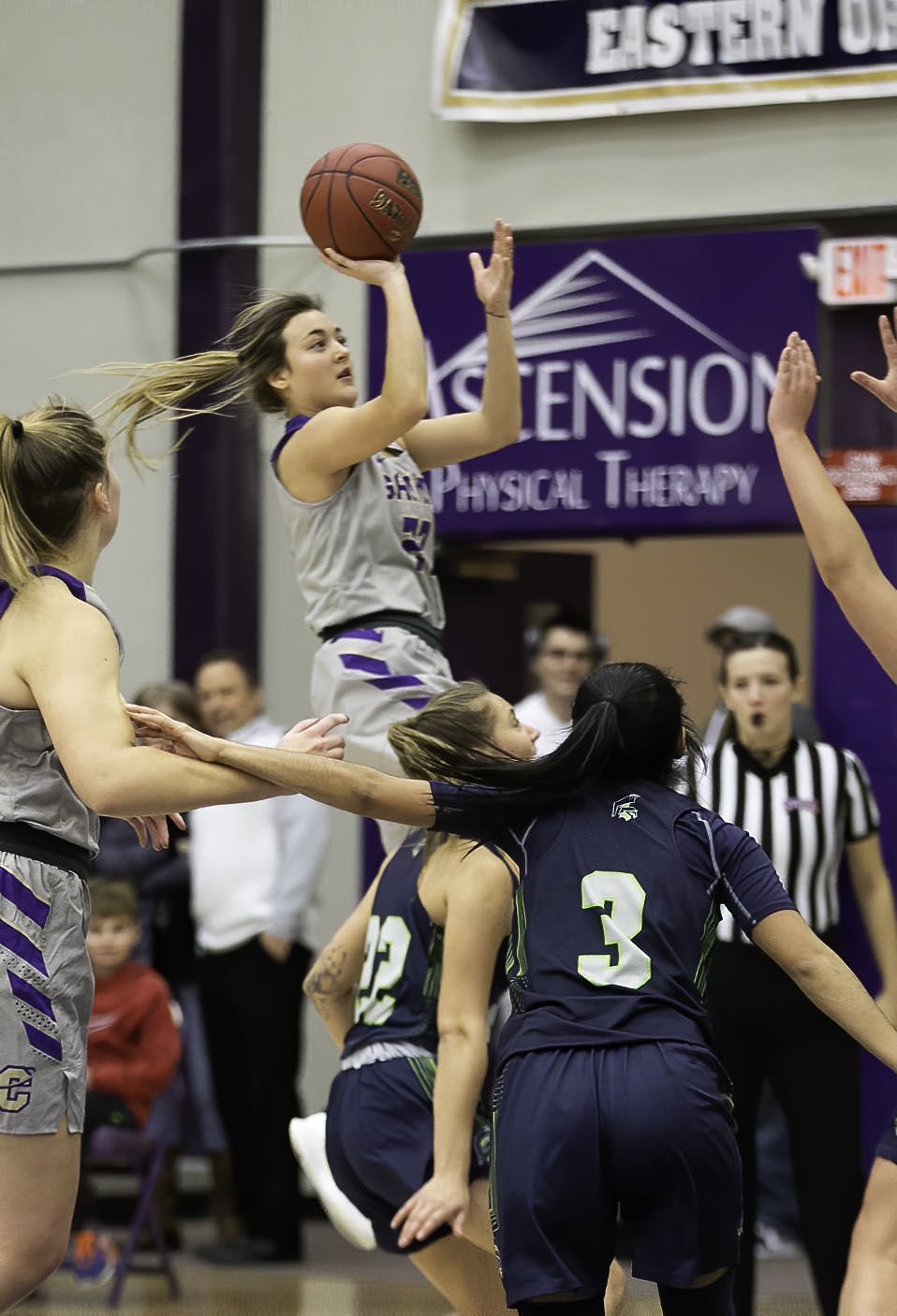 Carroll’s Sienna Swannack drives past Providence’s defenders for a layup during Saturday’s game in Helena. The Saints went on to win 64-48. 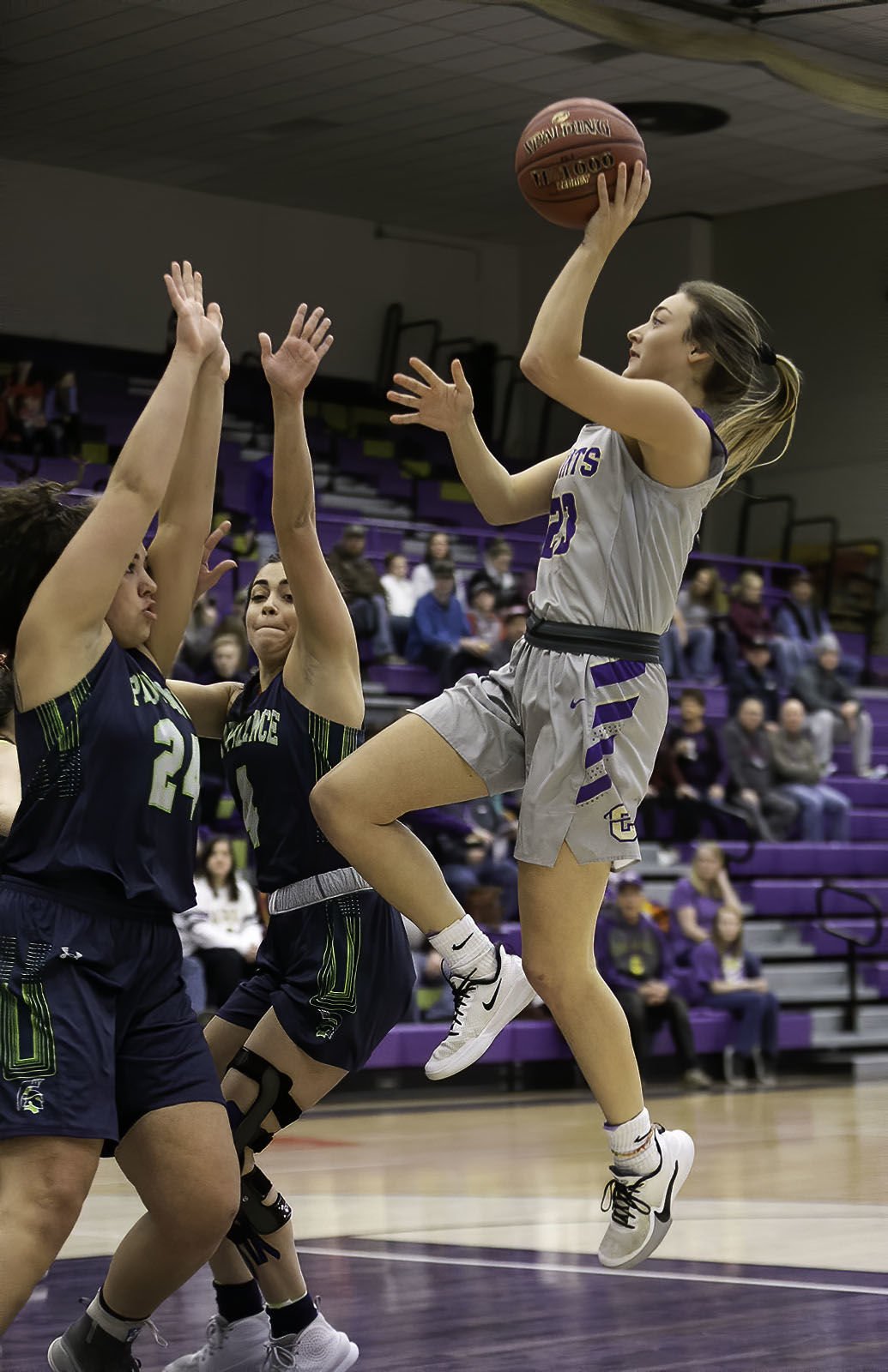 Carroll’s Sienna Swannack drives to the hoop for a layup during Saturday’s game against Providence. The Saints went on to win 64-48. 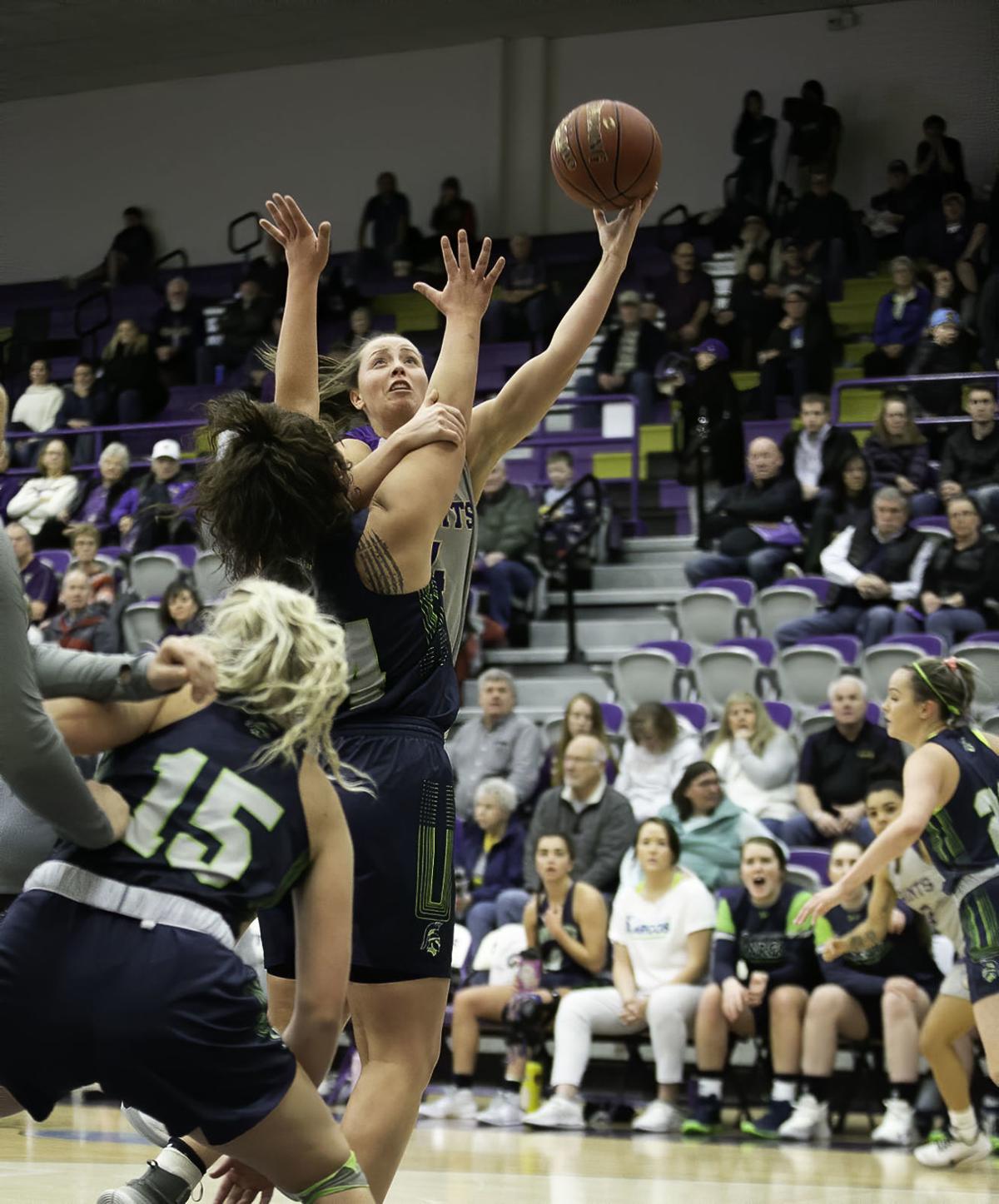 Carroll’s Danielle Wagner reaches past Providence’s Parker Esary for a one handed layup during Saturday’s game in Helena. The Saints went on to win 64-48.

Carroll’s Sienna Swannack drives past Providence’s defenders for a layup during Saturday’s game in Helena. The Saints went on to win 64-48.

Carroll’s Sienna Swannack drives to the hoop for a layup during Saturday’s game against Providence. The Saints went on to win 64-48.

Carroll’s Danielle Wagner reaches past Providence’s Parker Esary for a one handed layup during Saturday’s game in Helena. The Saints went on to win 64-48.

It was trailing the University of Providence by 15 points in the third quarter.

And forward Christine Denny spoke up.

“I told coach I was ready to win” Denny said.

So Carroll rallied around Denny and took down the Argos 64-48 at the PE Center on Saturday night.

Denny finished with a game high 19 points and the Saints’ had their fourth win in as many games.

“You have to take care of business, especially at home. I think this would have been a letdown if we would have dropped this one,” Sayers said, “I couldn’t be more proud of these guys.”

Providence came into this season already armed with a handful of scoring options, like point guard Emilee Maldonado and forward Parker Esary.

It took six points in only three minutes for Carroll to realize what she could do.

Saints’ sophomore guard Sienna Swannack answered with a 3-pointer to give the Saints their first lead five minutes in.

Providence answered with free throws by Maldonado, but Carroll’s Danielle Wagner wouldn’t let the Argos gain too much momentum.

Wagner hit a 3-pointer from the wing and the Saints saw their lead increase to as much as 16-10 in the first quarter.

Wagner has been the Saints’ most consistent scorer this season, averaging 14.4 points per game since late December but, while she was a scoring threat, she didn’t receive much help.

Center Emerald Toth was blocked inside by Bailey Cartwright, and then Kamden Hilborn missed on a 3-pointer in the corner and then a layup.

By halftime, Carroll trailed 33-24, was shooting 27 percent and those who were not Wagner, Denny or Swannack were just 1-for-17 from the field.

“We were uncomfortable tonight,” Sayers said. “Give Providence credit for its great game plan with the zone defense. I think the kids played a little tight.”

Problems continued for the Saints in the second half as Providence gained momentum. The Saints were still having problems shooting the ball, even though they were getting opportunities and out-hustling the Argos on the glass.

After Sayers called the timeout, she watched her team’s deficit dwindle.

By the end of the third quarter, the Saints trailed 50-44.

“I knew we were close at chipping away at these guys,” Sayers said.

Carroll’s momentum finally pushed them with an opportunity to take the lead.

Swannack hit a 3-pointer and Denny came through with a bucket in the paint.

Providence tied the game, but Swannack hit a 3-pointer to take the lead with 1:33 left and the Saints rode that momentum to a win.

Carroll won both of its Frontier games this week to push them into a three-way tie with Rocky Mountain and Montana Western for first.

But Sayers knows there is a lot left to the season. There are no breaks in the weeks to come.

“It never gets easier,” Sayers said. “Every game is a battle.”

Carroll continues its season on Wednesday, when it travels to Billings to take on Rocky Mountain College.

Providence, on the other hand, travels down to Montana Tech on Thursday.