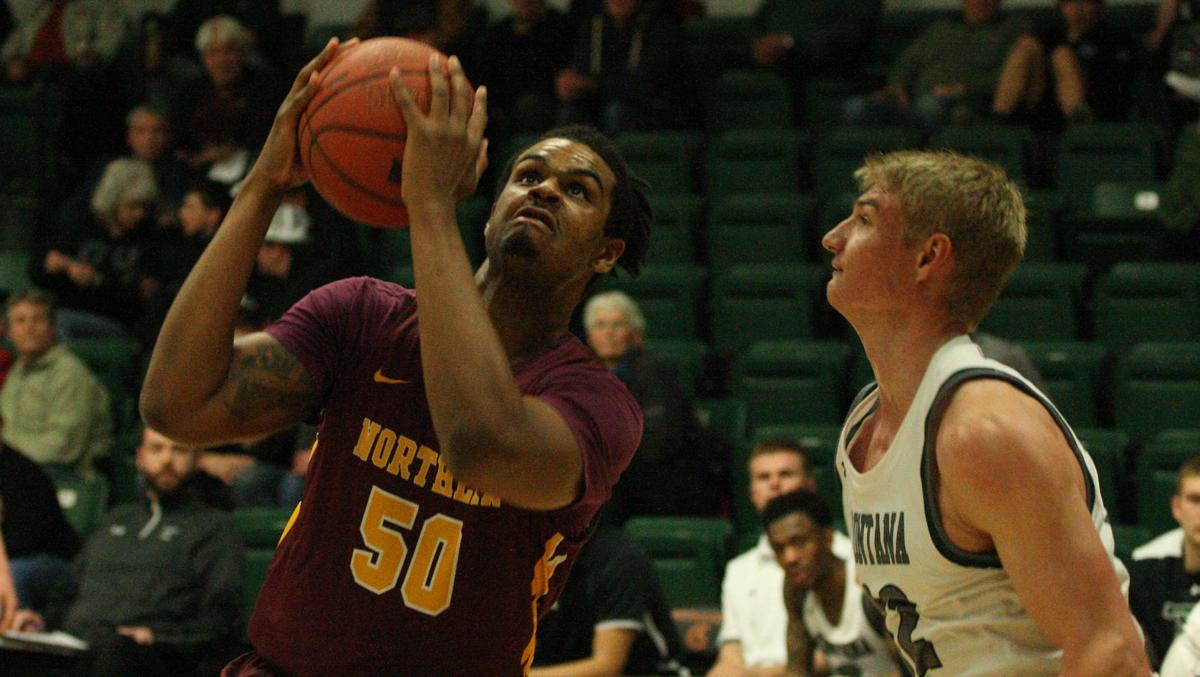 MSU-Northern's Cedric Crutchfield goes up for a shot during the Northern Lights' win over Montana Tech at the Frontier Conference tournament matchup at Kelvin Sampson Court in Butte. 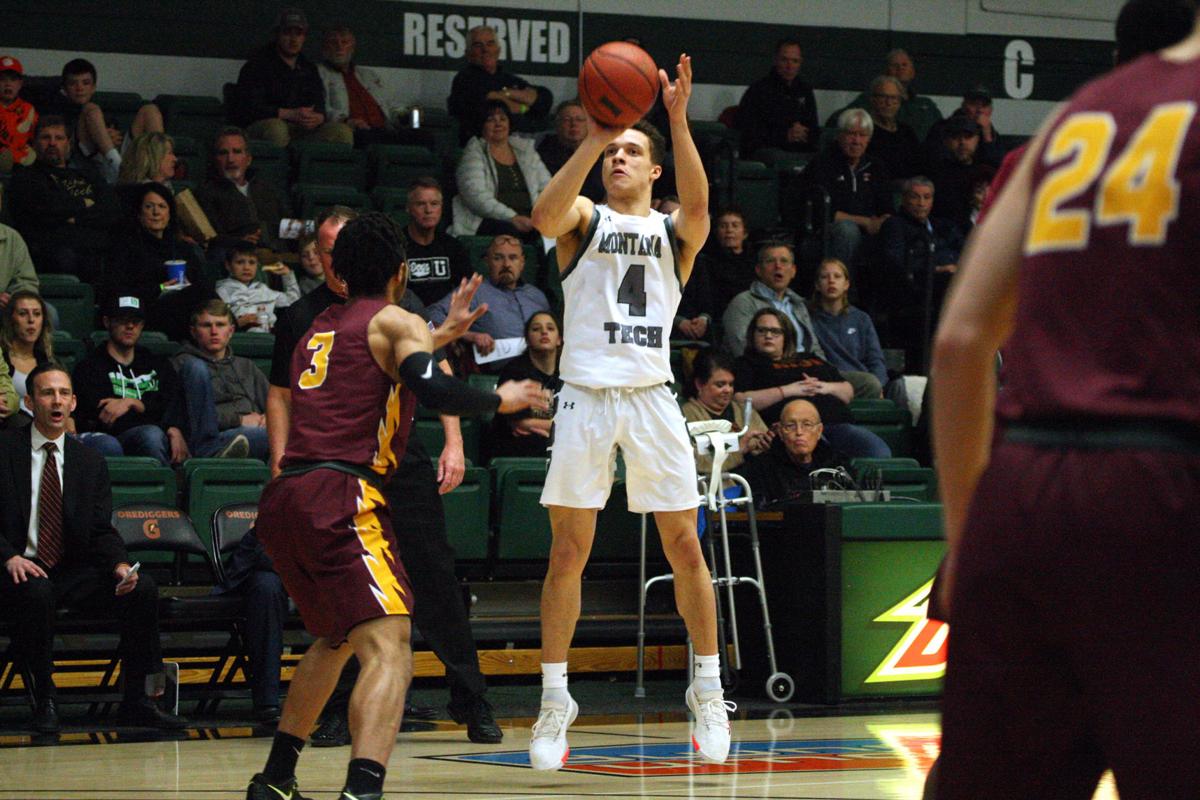 MSU-Northern's Cedric Crutchfield goes up for a shot during the Northern Lights' win over Montana Tech at the Frontier Conference tournament matchup at Kelvin Sampson Court in Butte.

BUTTE — Montana Tech hosted its first tournament game in over 20 years, but the Northern Lights were up to the challenge.

MSU-Northern defeated the Orediggers 66-59, punching a ticket to the semifinals of the Frontier Conference tournament as Northern senior David Harris racked up 27 points to propel his team on the road.

Lights head coach Shawn Huse commented on his team’s performance in the context of Northern’s Feb. 13 63-56 road win over the Orediggers.

Tech sophomore Christian Jones brought the heat early for the Oredigger offense, sinking his first two three-point efforts as both Tech and the Northern Lights got off to fast-paced, successful starts.

Jones started in place of senior forward Dylan Pannabecker, as the forward was serving a one-game suspension for violating the team’s code of conduct.

Hiatt said that the choice for Jones over a like-for-like replacement in junior forward Cody Baumstarck was due to the absence of Lights starting senior forward Kavon Bey, which saw senior Devin Bray come into the Northern lineup.

“We knew they would downsize,” Hiatt said. “They only had two bigs on the roster outside of Bey. We felt like we could adequately match them, and we did for large stretches of the game, but in critical stretches we did not.”

Tech’s initial success came to a halt, as the Northern defense stepped up their game by closing out on Oredigger guards Troy Owens Jr., Sindou Diallo and Drew Huse.

On the other end, Northern played their inside-out game to great effect, as junior guard David Harris contributed the Lights’ opening seven points.

Northern followed up Harris’ scoring by knocking down a few treys, seeing the Lights earn a six-point lead midway through the first half.

Huse talked about Harris’ performance and Northern’s offense as a whole.

“If you know David,” Huse said. “He’s a great person with high character. I’m not too surprised by [Harris’ performance,] but in the game of this magnitude, I’m a little surprised to be honest. He’s been playing great this second half of the year.”

Diallo was the first Oredigger to respond, though, forcing a turnover and making back-to-back baskets to get the Tech offense going, which translated to a 34-29 lead at the half.

Hiatt’s squad came out with a dangerous energy in the second half, holding Northern’s defense while a trey from junior Taylor England lit up Kelvin Sampson Court as the Orediggers took an eight-point lead.

The Lights weren’t discouraged, however, as seniors Adam Huse and Gio Jackson worked well with Harris to bust open the Tech defense, going on a 15-0 run to reverse Tech’s lead to a deficit as the second-half entered the final minutes.

Diallo worked tirelessly to bring the Orediggers back into the game after Tech fell behind by 10, but it was not enough to make up the gap as the Lights were clinical from the free-throw line late.

Both Northern and Tech shot exactly 40.7 percent from the field, but Harris’ 27 led the contest as the senior made three treys. Adam Huse followed with 14, while sophomore Jesse Keltner and Devin Bray concluded with 10 and nine respectively.

Tech’s Diallo made 10-of-16 from the field for 22, while England contributed 13. Jones tallied eight, and sophomore Drew Huse added seven points to the Oredigger total.

Hiatt said that there is optimism going forward after the Orediggers finished with a winning record and hosted a Frontier Conference tournament game.

“All in all,” Hiatt said. “It was a wonderful season, we made history. First time in a long time that we’ve been able to host a playoff game… This year, we win 10 games, finished fourth and got to host a game. We’ve come a long way and are excited about where we are going.”

Northern will now head to Lewiston, Idaho Friday to take on Lewis-Clark State in the semifinals of the Frontier Conference Tournament.

Ending another team's season is never easy, but that's exactly what the Carroll College Men's basketball team did to Rocky Mountain Tuesday.