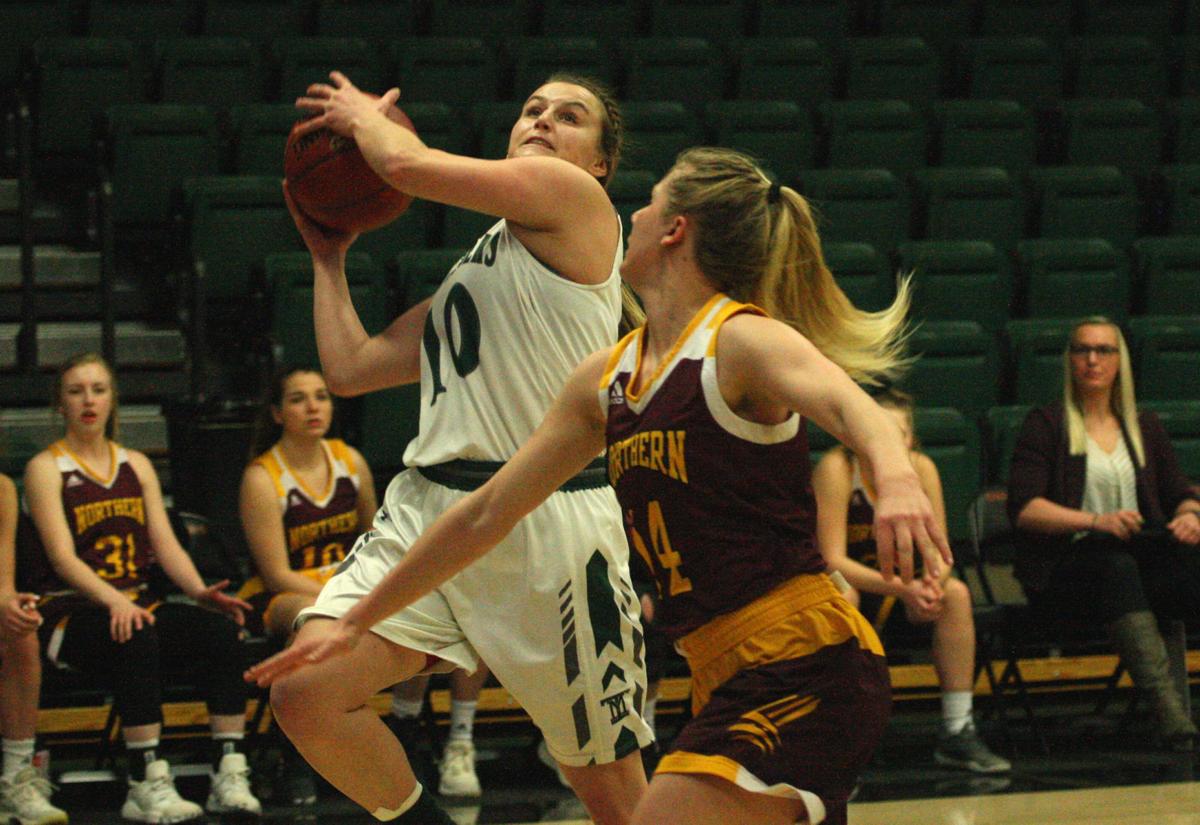 Montana Tech's Mollie Peoples drives to the basket during the Orediggers' 63-55 win over MSU-Northern at the HPER Facility in Butte Thursday. 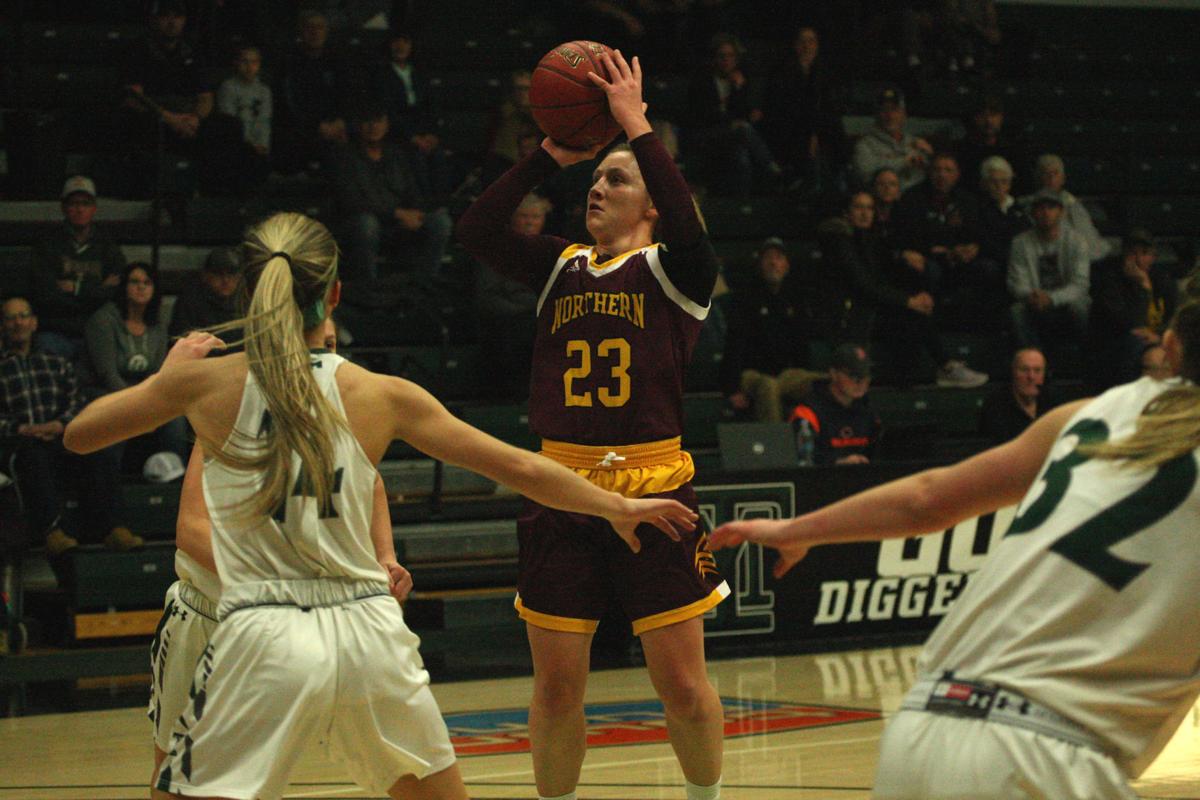 MSU-Northern's McKenzie Gunter pulls up during Montana Tech's 63-55 win over the Northern Lights in Butte on Thursday.

Montana Tech's Mollie Peoples drives to the basket during the Orediggers' 63-55 win over MSU-Northern at the HPER Facility in Butte Thursday.

MSU-Northern's McKenzie Gunter pulls up during Montana Tech's 63-55 win over the Northern Lights in Butte on Thursday.

BUTTE — Thursday night was the home performance the Orediggers were looking for.

Montana Tech defeated MSU-Northern 63-55, getting head coach Carly Sanon’s squad their first home victory since Dec. 7. Junior Mollie Peoples finished with 22 points to lead the contest and propel the Orediggers to a win.

Peoples said starting Tech’s four-game home stretch with a win was exactly what the Orediggers needed.

“We had to start off good, play good,” Peoples said. “40 minutes of Oredigger basketball… We need to carry that momentum, we need to focus on things we did good tonight and work on things we need to fix.”

The first quarter was all Peoples, as the junior guard knocked in two three-point attempts on her way to a 10-point first quarter, which led the Orediggers to a 13-11 lead after the first ten minutes.

Tech continued their momentum into the second quarter, as more of their squad got offensively involved, seeing junior Mesa Williams and senior Kaylee Zard get on the board and push Tech to a seven-point lead with a couple minutes.

The Northern Lights kept pace throughout the first half thanks to the junior duo of McKenzie Gunter and Peyton Kehr, who combined for 20 first-half points scoring two late buckets to make it 32-30 at the break.

Northern head coach Chris Mouat credited Gunter for her performance, while also complimenting Peoples for a standout performance for Tech.

“[Gunter] was aggressive,” Mouat said. “And made some good shots for us… [Peoples] did a good job, we lost her in transition. Hit big threes and got out on the break, she had a great game.”

Northern was unable to carry their momentum in the second half, however, as the Tech defense elevated their play, consistently blocking shots and forcing turnovers to disallow the Northern Lights for over seven minutes after halftime.

Sanon discussed the importance of the Orediggers’ defensive play in the third quarter.

“It was just under three minutes left that they scored from the free-throw line,” Sanon said. “Our defense came out and was really aggressive, we had a lot of blocked shots… That really helped set the tone for us in the second half.”

While Tech’s had their best defensive quarter, the offense continued along steadily, helping the Orediggers’ enter the final ten minutes with a 13-point lead.

Northern’s play picked up in the fourth quarter, even bringing the game within six points, but two late baskets from Peoples and Zard kept the Northern Lights at bay.

The Northern Lights were led by the aforementioned duo of Kehr and Gunter, who finished with 17 and 11 respectively. Northern junior Kenya Lorton added 12, thanks in part to two treys.

Mouat said that overcoming injury and the challenge of playing in the Frontier Conference has made things difficult, but that his team will continue to work on improving.

“They’re a good group of kids,” Mouat said. “They’re down in that locker room, they take it hard every time. We’ll be ready to go at [Lewis-Clark State] and hopefully play better for four quarters.”

The Northern Lights drop to 15-10 and 4-9 in the Frontier Conference, while Tech improves to 13-12 and 3-10 in conference. The Orediggers welcome Providence to the Mining City on Saturday, while Northern visits Lewis-Clark State on the same day.