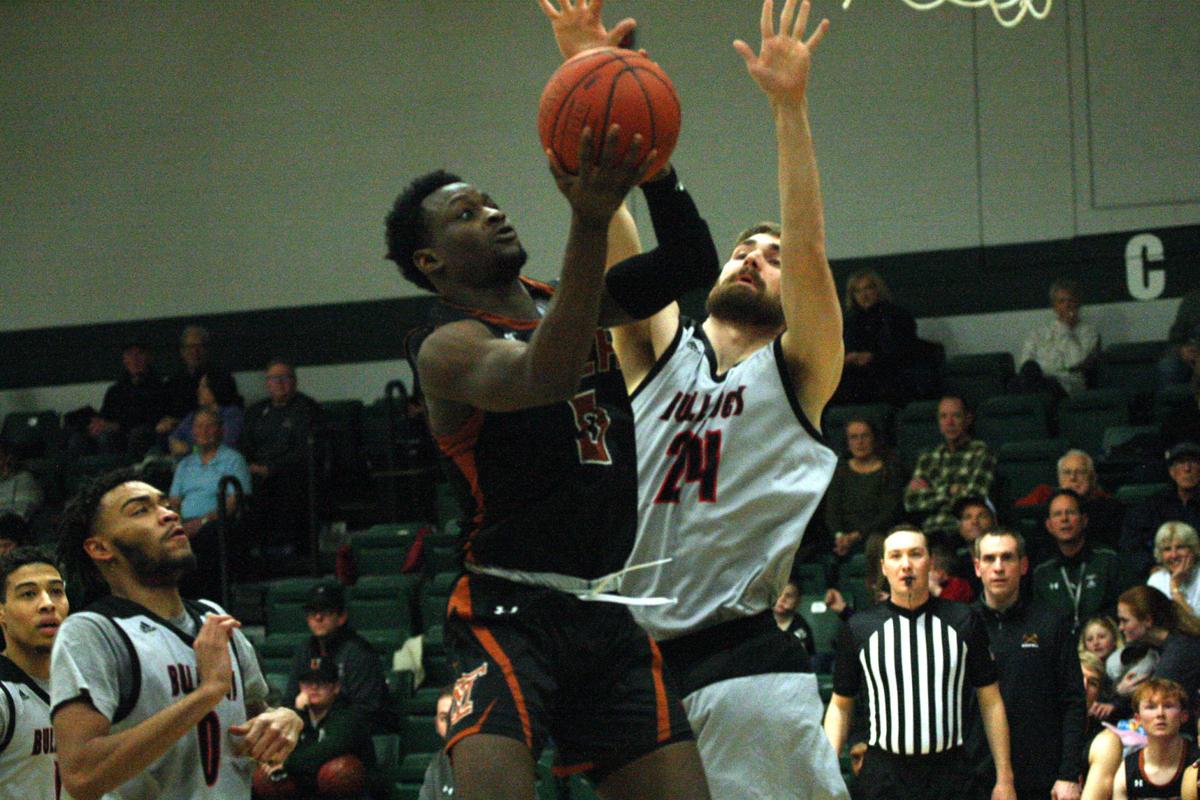 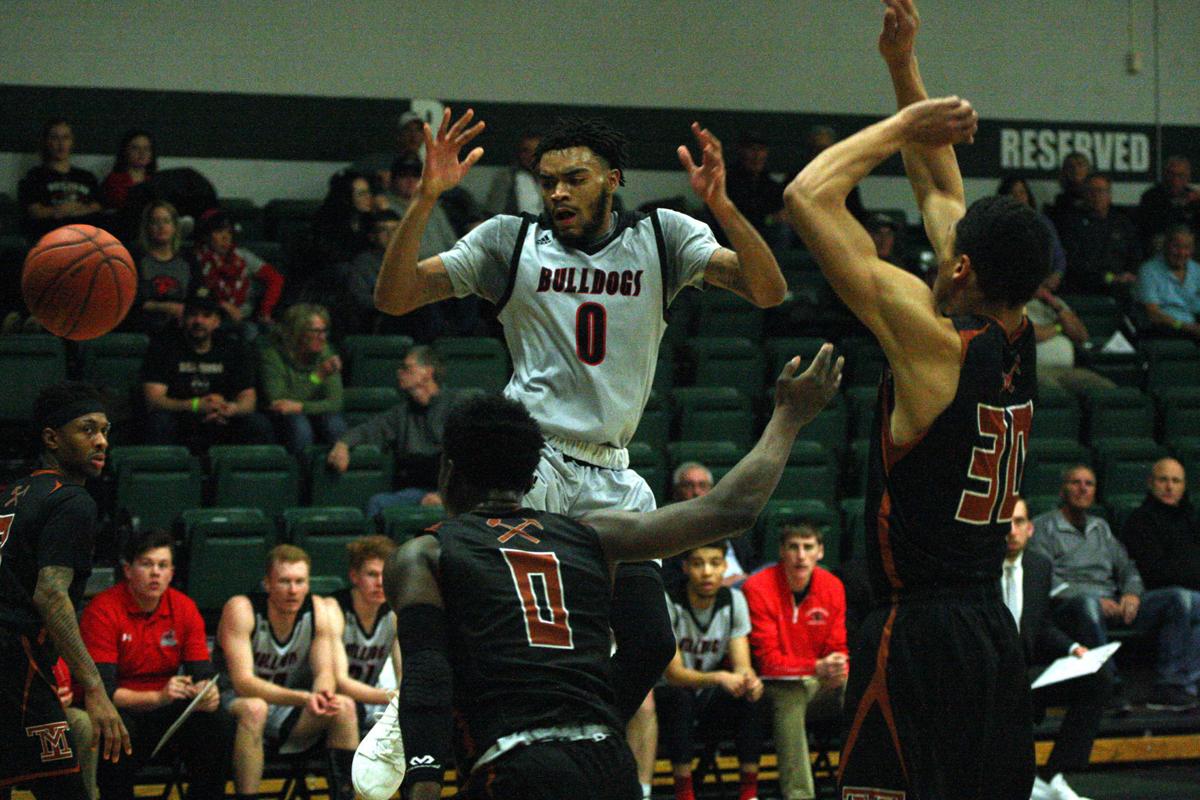 Montana Western's Max Clark is disrupted by Montana Tech's defense during the Orediggers' win over the Bulldogs at the HPER Facility Saturday.

Montana Western's Max Clark is disrupted by Montana Tech's defense during the Orediggers' win over the Bulldogs at the HPER Facility Saturday.

Montana Tech stuck to their gameplan and defense, and it paid off in the second half.

The Orediggers defeated Montana Western 77-66, earning their third straight win to improve to 13-6 on the season. Meanwhile, the Bulldogs drop to 9-10 and lose the second game of their three-game road run.

"We feel great," Hiatt said. "We were definitely concerned about this game because we are in uncharted territory. We haven't had a large margin of victory in conference play since this group has been here, so we didn't know how they would perform coupled with the fact that Western is very good... We were really curious on how we respond, and I thought we responded with great energy."

The beginning of the game was all about Montana Western junior Max Clark, as the guard made four treys in the opening 11 minutes as Western shot well from beyond the arc to keep pace with Montana Tech.

While Western consistently created good looks from the perimeter, Tech looked to work a more physical game, utilizing senior Dylan Pannabecker and junior Taylor England early in attempts to wear down the Bulldogs.

As the game progressed, Western's early heat from the three-point line begin to simmer down, while Tech's Diallo and senior Troy Owens Jr. began to contribute more on offense, helping Tech enter the half with a three-point lead.

Hiatt said that his squad and staffed talked about the importance of defending the perimeter, after Western knocked down six first-half treys.

"All our focus at halftime was that we were going to go out and defend," Hiatt said. "We started the half with getting stop after stop after stop, got a couple turnovers and loosened things up. If you keep getting stops, it makes the offensive end so much easier."

The momentum picked up from elevated defense saw Tech grow in confidence on the offensive side, as starters Diallo, Pannabecker and England were joined by key bench performances from Owens and junior Derrius Collins.

Collins only got warmer as the game carried on, making three treys in the final 10 minutes to help lock up the win as Tech broke away. Western hit more late threes to keep the chance of a comeback alive, but the Orediggers' clinical offense saw out the victory.

Hiatt praised Collins, saying that his perimeter shooting was a key factor in the win.

Collins and Diallo both finished with 16 points, only eclipsed by England's 20, which the junior matched with 11 rebounds for his second straight double-double. Owens Jr. added 14 more, rounding out the double-digit scorers for the Orediggers.

The Bulldogs stay on the road to play Carroll on Jan. 31, while Montana Tech travels to Great Falls to face Providence on the same day.

HELENA — The Frontier Conference can be a cruel place.