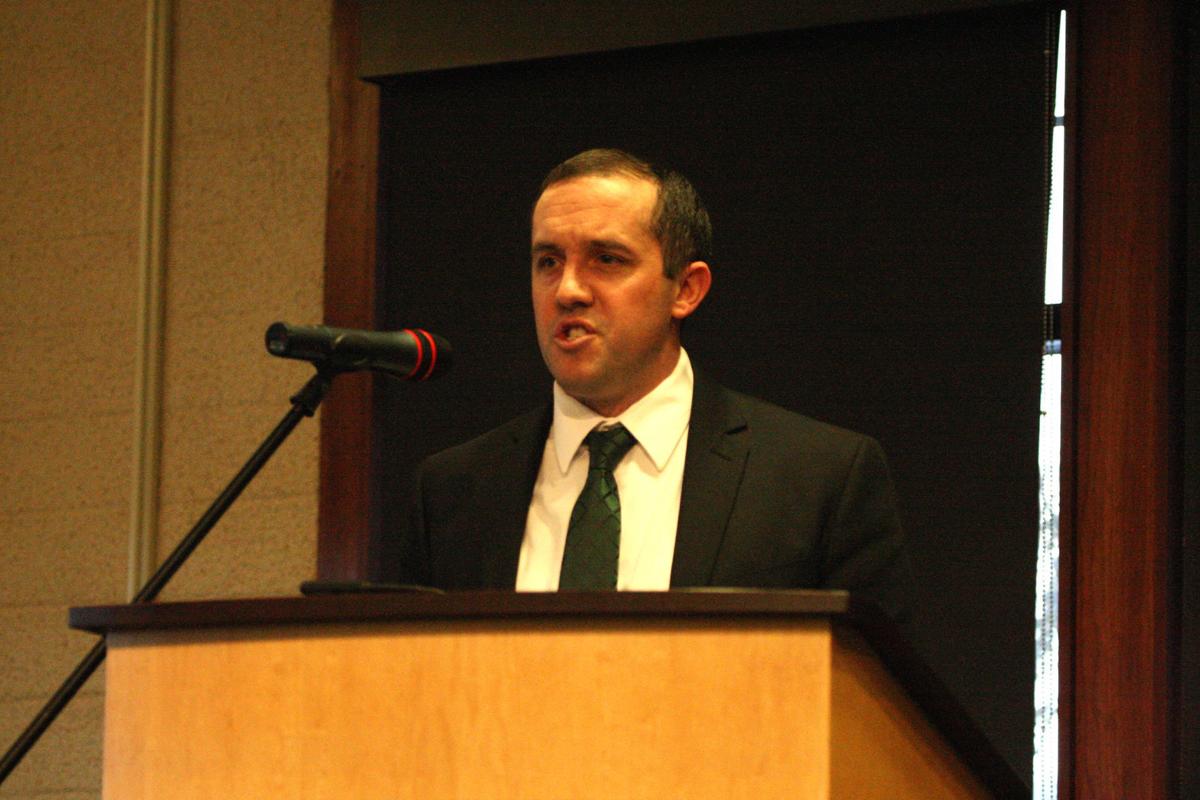 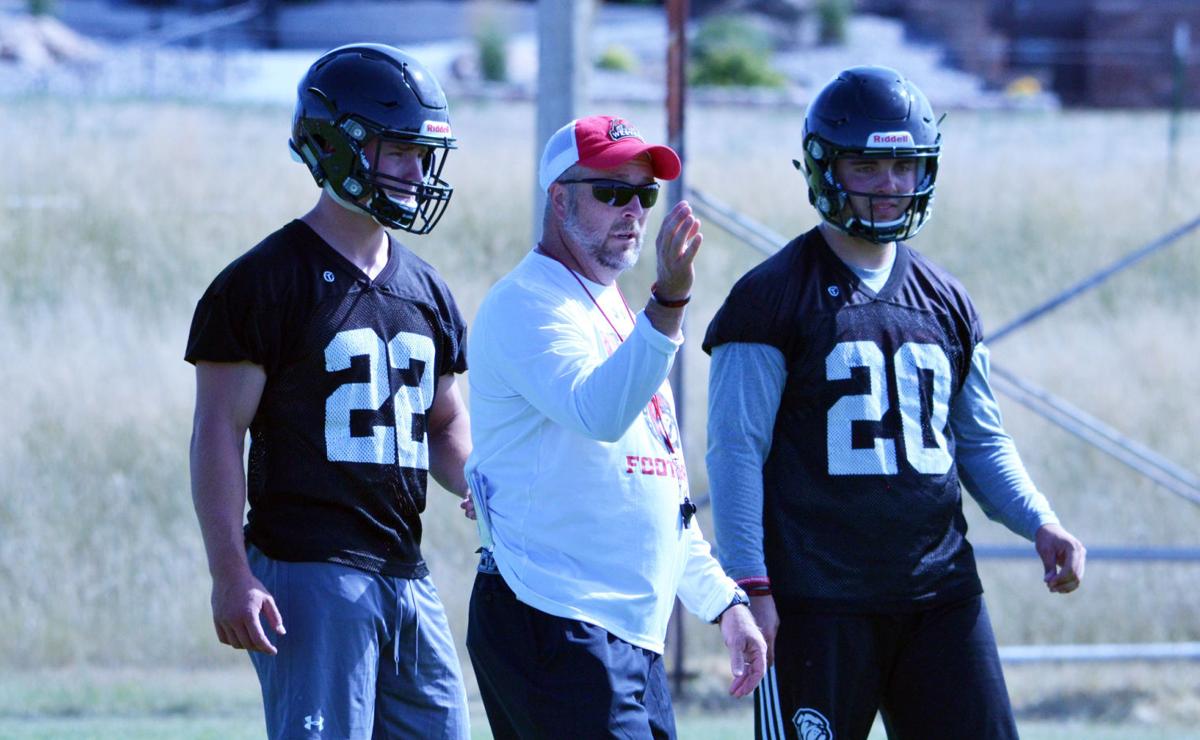 BUTTE — The Orediggers and Bulldogs will be ready when football season rolls around.

The pair of coaches have significantly different contexts heading into the 2020 season, with Nourse entering his seventh season in charge of the Bulldogs and Samson being the conference’s newest coach with the Orediggers.

However, both are entering an unprecedented season after a COVID-19 disrupted offseason.

“We’re looking forward to playing this year,” Samson said. “All of us have done a lot of things but as a first-year head coach, there’s a lot of things were learning on the fly, but I’m really proud of my coaching staff and all the work they’ve put in.”

Nourse relates to having to adjust quickly to a schedule with cancellations and changes, and Samson’s appreciation of the work put in to play this fall.

“We’ve dealt with so much uncertainty and disappointment,” Nourse said. “Challenges throughout the course of these times and I am certain that all of [the coaches] and all of our players have a great understanding of just how fast the things you love can be taken away from you… It’ll be back, we’ll be ready to go.”

On the same day as the conference, the NAIA pushed back many of the fall championships to spring 2021.

With the Frontier preparing to push through with a Montana school-only season after College of Idaho, Southern Oregon and Eastern Oregon all have fall sports suspended via the Cascade Collegiate Conference, things are far from set in stone.

However, both Samson and Nourse recognize that preparing for this season, whether it happens or not, is a must.

For Samson, that preparation is building up the leadership within the Orediggers’ locker room.

“Big thing we’ve been trying to work on every single day,” Samson said. “Just gaining and growing our leadership and what we can do as the coaching staff and the leaders on our leadership council. Our five captains have done a tremendous job in the last six months.”

Those captains include quarterback Jett Campbell, defensive back Justin May, wide receiver Trevor Hoffman, linebacker Paul Sunquist and wide receiver Alec Wooley-Steele, who have had to take on the responsibility of leading their teammates in small-group, non-supervised workouts.

And, obviously, Samson is not only navigating his first year as a head coach, but also navigating how best to carry over previous head coach Chuck Morrell’s defensive prowess, which became a hallmark of the now Fresno State assistant coach.

“I was fortunate to learn under [Morrell] for a year,” Samson said. “Our defensive coordinator, coach Brautigam, was his right-hand man last year, so we’ll definitely keep some things we did in the past and have new things we want to do on defense. We want to fit it to the type of personnel we have, but I also don’t think you can replace coach Morrell, he’s a tremendous coach and we just have to work really hard.”

However, Samson also explained that Tech simply doesn’t have the time or situation to potentially do as much as they would in an average offseason and preseason.

“Without having spring ball and being a whole new staff,” Samson said. “We’ve got some challenges in front of us. We’re not going to be able to put in a bunch of new stuff, a bunch of crazy different looks because we just haven’t had the time to do it. We just have to be focus on the fundamentals: getting to the line, knowing our assignments and tackling well.”

On the Dillon side of things, the focus has been on continuing momentum. With Nourse’s experience, building a culture from the ground-up has been completed over time, and it’s now showing itself in the form of a more experienced Western team.

“This is the first year since I’ve come back,” Nourse said. “That I can honestly say we have a veteran group, and we’re still dominated by sophomores and juniors. That’s better than redshirt freshman and sophomores, so this is a different coaching challenge. That maturity and leadership that our guys have been able to show results and help us stay strong through the course of the spring and the summer as well.”

Western’s explosive offense on the back of quarterback Jon Jund and receivers like Nate Simkins and Trey Mounts was one of the Frontier’s best, but the Bulldogs’ offensive engine did sputter at points, such as in the 35-12 road trip loss to Tech.

Of course, there is also a notable absence at Western: Jason Ferris.

The record-setting Bulldog concluded his collegiate career last season with over 400 tackles, and is now looking to make a roster spot with the Carolina Panthers.

Nourse admits it will be a hole to fill, but with the Bulldogs returning nine defensive starters, the Western coach believes that their defense should be ready.

“Defensively, I think we’ll be strong again,” Nourse said. “We lost two starters off of that team last year, one of those guys, Jason Ferris, was pretty good, so we’ll make up for the 400 tackles or whatever the heck that guy had, it was pretty awesome. Probably more important than that was his leadership and toughness as well.”

However, like Samson mentions with Tech, it's less about the players who are no longer around and instead about how the disrupted offseason isn’t making it easy for Nourse and Western to embed new systems or players.

“As everyone has said, without spring ball,” Nourse said. “It’s more of a challenge moving forward, but we have the things in place that we wanted to work on in the spring and just to do those things. To be more efficient in what we do, I felt like we have a really good pulse of who we are now, just as a unit, what our guys can accomplish at their best levels. We’re just going to do that in fall camp. All you can do is move forward in that fashion.”

The two rival schools and their coaches still have a stretch in front of them before football is properly happening, but the only certainty for both Samson and Nourse is that both teams are preparing a season, no matter how and when it happens.

“Moving the football championship to the spring was the right thing to do for the well-being of our student-athletes,” said NAIA President and CEO Jim Carr.