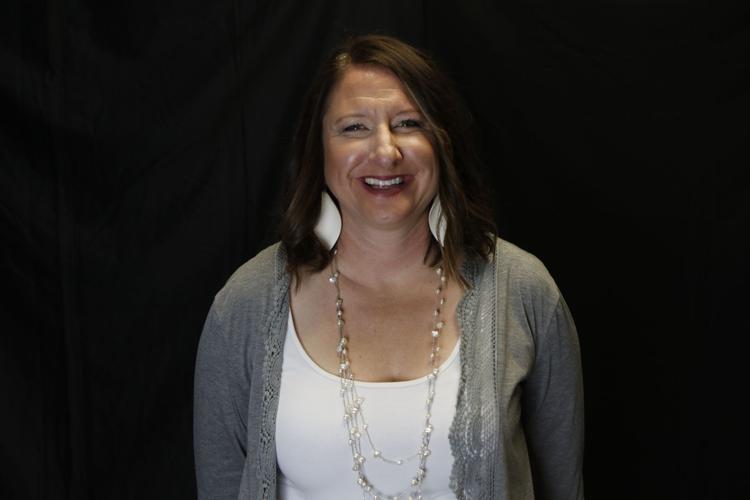 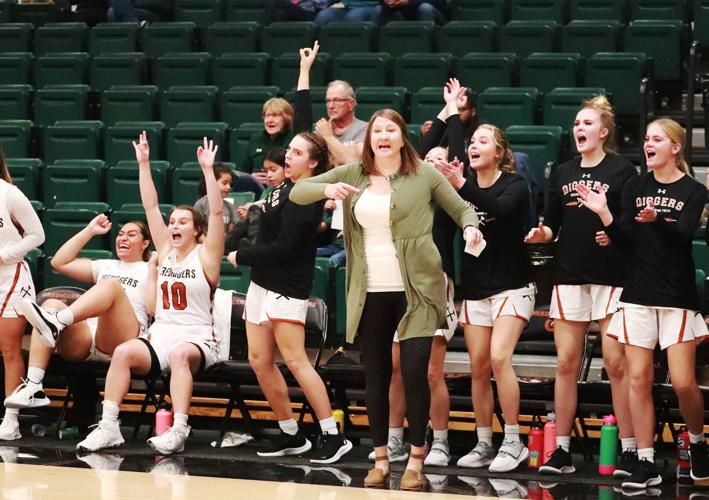 Carly Sanon, the head coach of the Orediggers, reacts with the team after Montana Tech made a 3-point field goal on Dec. 2 against Montana Western in Butte.

Carly Sanon, the head coach of the Orediggers, reacts with the team after Montana Tech made a 3-point field goal on Dec. 2 against Montana Western in Butte.

Sanon said she wanted to have more time to spend with her three newly adopted children, and her new job will move her close to her brother.

“With coaching basketball, you know, you’re working six to seven days a week for many months of the year,” Sanon said. “I feel it’s just that I need to spend more with my family. To be a mom to them is really important to me.”

Sanon and her husband, Ricardo, adopted three foster children – ages 6, 7 and 12 – in March. They had fostered the children for about two years prior to becoming their legal guardians.

Sanon’s brother, Isaac, lives in Sheridan, Wyoming, with children around the same age as Sanon’s. The siblings had long floated the idea of moving near each other.

“We always joke that we don’t have in-laws that live with us like our other three siblings do, and it’s nice to have family around. So I would send him jobs of things in Butte and he would send me jobs (near Sheridan),” Sanon said. “He sent me the job (listing) in late May and I kind of hem-hawed around it. After a lot of thought and talks with my husband, Ricardo, we both felt like this could be a great opportunity.”

Sanon will start her new job as the executive director for the Tongue River Valley Community Center in early August. The Center offers adult basketball and volleyball leagues, activities for seniors such as pickle ball, cribbage and pinochle, as well as senior lunches five days a week and a community pool in Dayton, Wyoming.

“(I’m) ready to just start something different, a new chapter in my life,” Sanon said. “And my major is community health and wellness, and that is what I will be doing at my new job in Wyoming.”

The Chester, Montana, native took over the Orediggers in 2014 and accrued a 95-168 record across eight seasons. Under Sanon the Orediggers had 18 all-conference players and five NAIA All-American honorable mentions. Four players eclipsed 1,000 career points during Sanon’s tenure.

Sanon was a three-year starter for the Carroll College Saints.

The Orediggers will be ready to start offseason workouts in July and Sanon will finish scheduling for the 2022-23 season before she leaves.

“I care a lot about my assistant coach and players and telling them was tough,” Sanon said. “I know that they’re excited for me and happy for me, but they’re also sad and nervous about changes.”

Sanon said she will always think back to “the relationships that I’ve built with my players as well as the other coaches here. As well as other people on campus. We’re a pretty close-knit family.”

The search for the next head basketball coach will begin immediately, Montana Tech announced in a press release.

Dante Frattini is the sports editor for the Montana Standard and a writer 406MTSports.com. Email him at dante.frattini@406mtsports.com and follow him on Twitter @DanteMTS406.

The longtime Belt High School coach and athletic director takes over for Carly Sanon, who resigned in late June.

World No. 1 from Melstone earns buckle at Missoula Stampede Rodeo

Clay Oven ready to take off with Billings Central Rams, then Griz