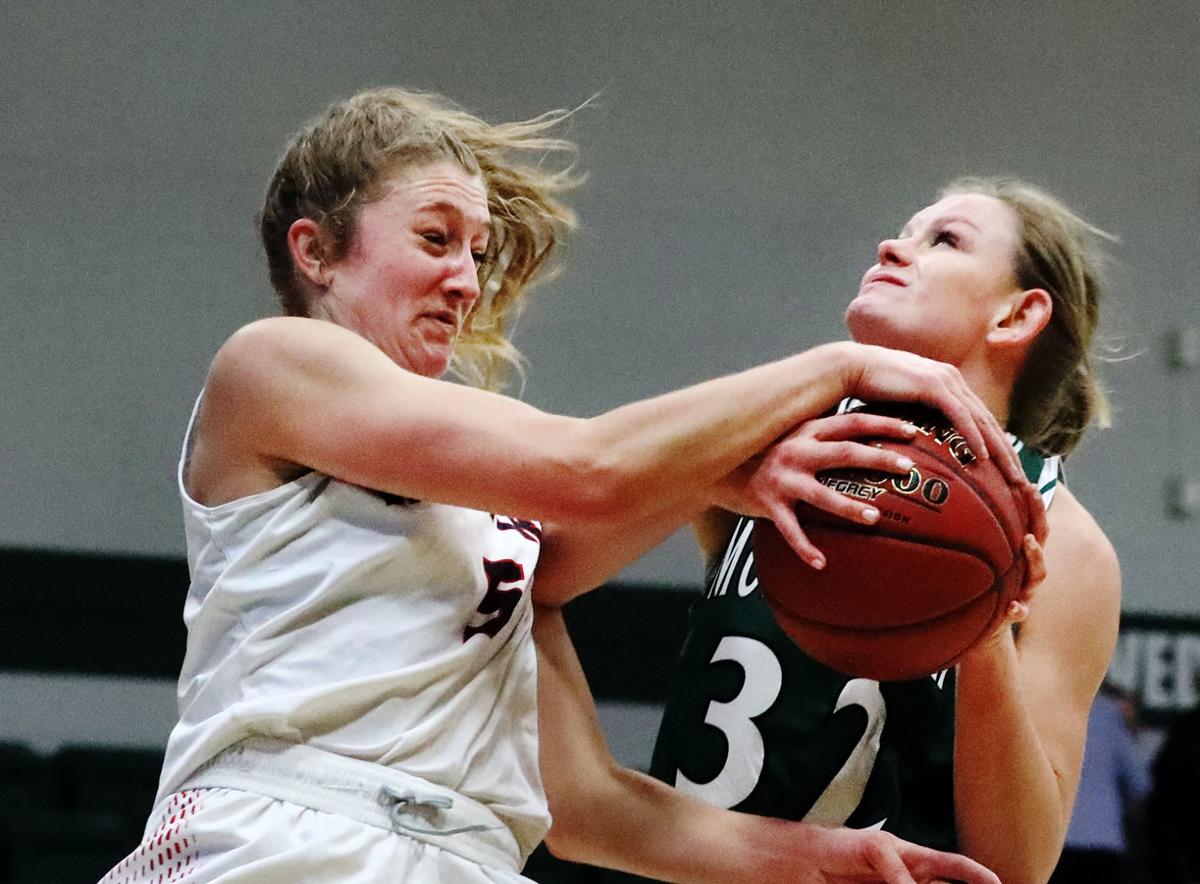 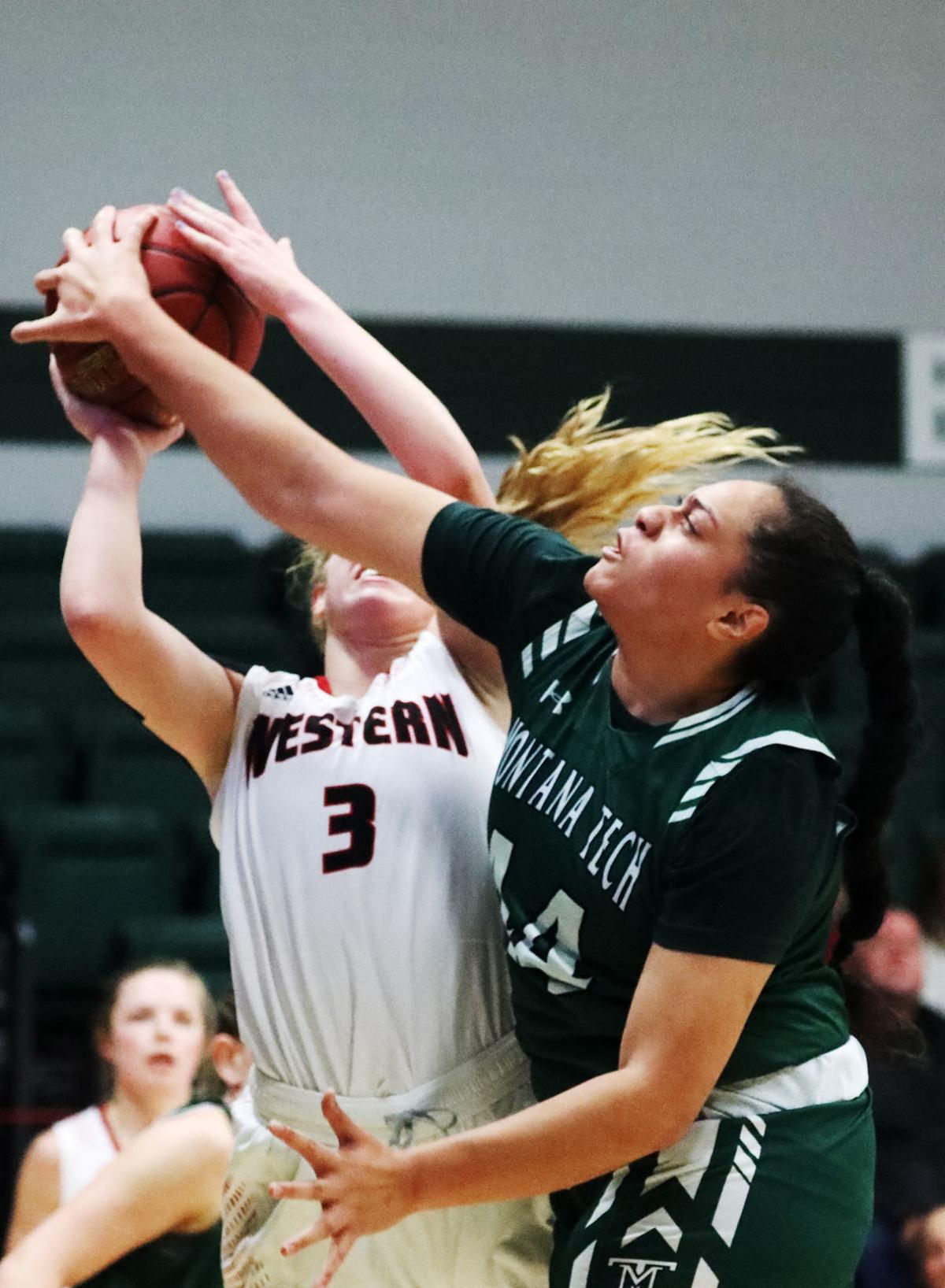 Tech's Celestina Faletoi blocks a shot on Saturday during the rivalry match against the University of Montana Western in Butte. 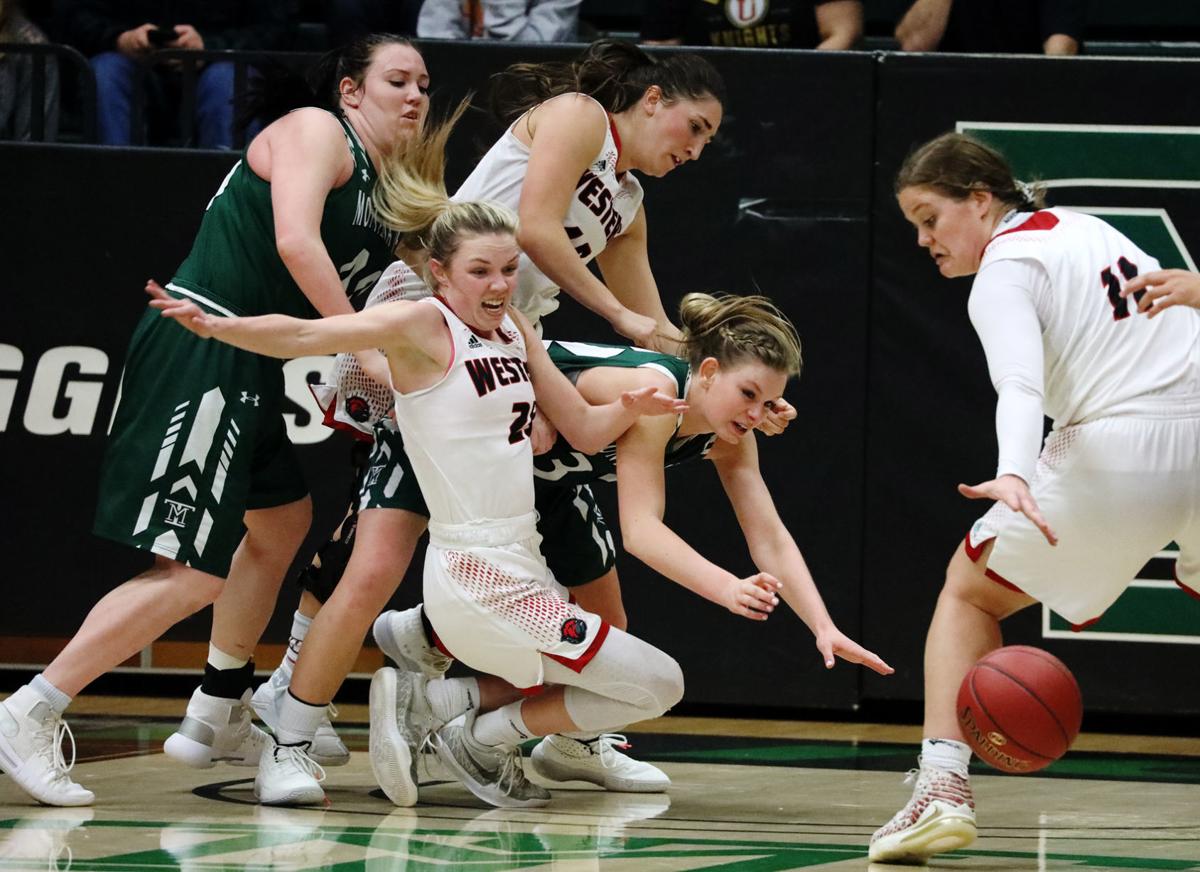 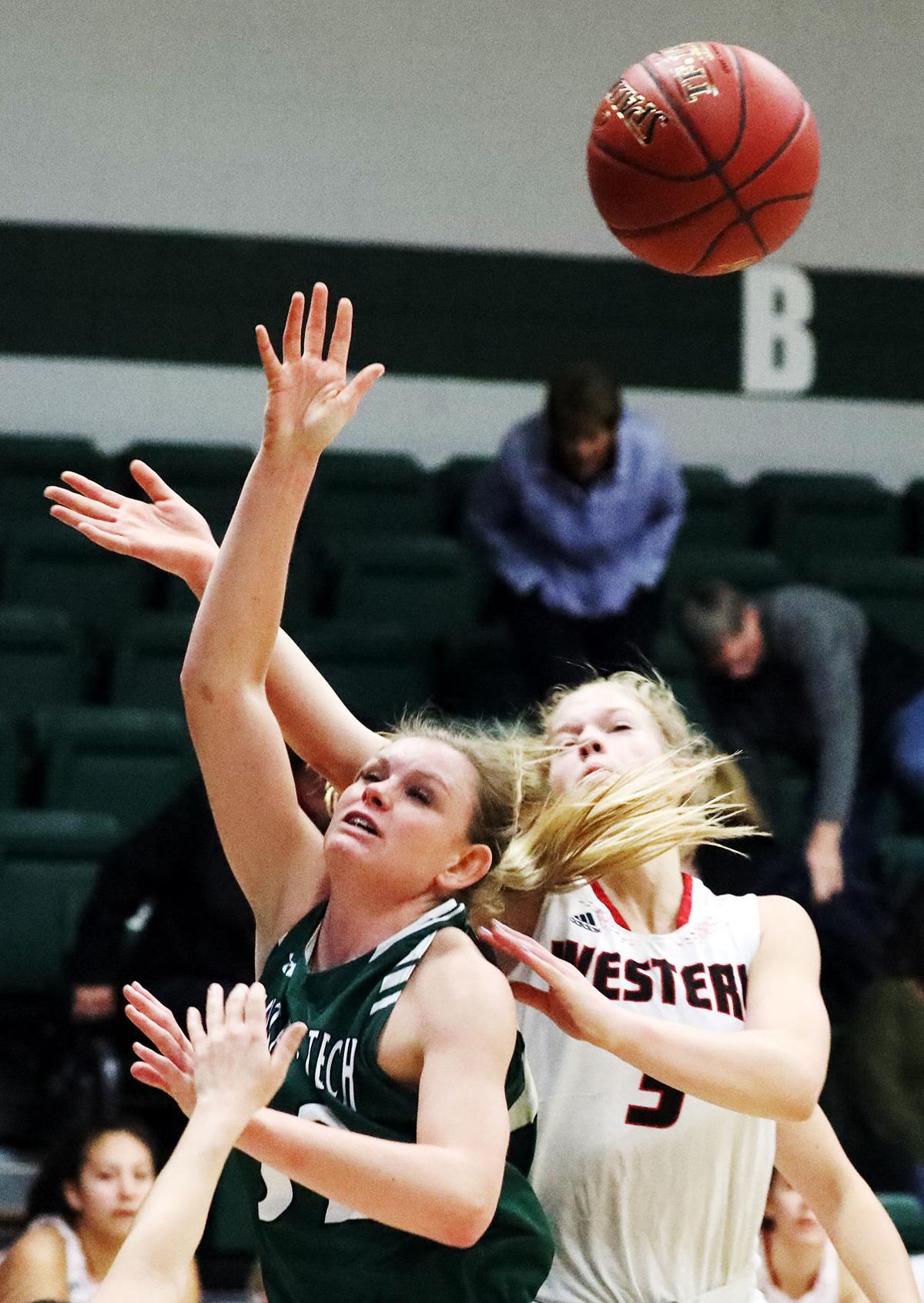 Tech's Mesa Williams and Western's Brynley Fitzgerald fight for obsession of the ball on Saturday in Butte.

Tech's Celestina Faletoi blocks a shot on Saturday during the rivalry match against the University of Montana Western in Butte.

Tech's Mesa Williams and Western's Brynley Fitzgerald fight for obsession of the ball on Saturday in Butte.

BUTTE — Montana Western faced a battle from Montana Tech, but the Bulldogs’ second-half shooting was enough for the win.

Bulldogs head coach Lindsay Woolley said that he hopes for the win to help the defending NAIA champions to their best form of the season.

“Every game is hard,” Woolley said. “I mean, this is our first road win in conference play and you have to find a way to split or steal a few on the road and to get this one, we feel really fortunate.”

The game’s opening few minutes were all Western, as the Dawgs jumped out to a 9-1 lead in just a few minutes, locking down Tech while being clinical from inside the paint and beyond the arc.

The Orediggers slowly built offensive momentum, inching their way back throughout the first half as neither team could put together significant stretches of shooting.

Western found themselves only up by a basket with a few minutes before the break. Tech continued their pursuit as important buckets from sophomores Nia Faletoi and Dani Urick saw take their first lead of the game with just over a minute in the second quarter, reaching the break up 23-20.

Montana Tech head coach Carly Sanon highlighted Faletoi’s performance, as the forward led the Orediggers with 13 points, going five-of-eight from the field. Sanon also said that she believes in her team’s talent, but they have to sync up on the court.

“I thought Nia Faletoi had a big game for us,” Sanon said. “I thought she did a lot of good things. She’s talented, Kaylee Zard is talented, Tavia [Rooney] is talented, we have a talented group of guards. Once we get firing on all cylinders, we’re going to be a tough team to beat.”

Neither team jumped out after halftime, as both teams exchanged the lead a few times thanks to better overall offense from both the Diggers and Bulldogs.

However, Western’s three-point shooting began to heat up, as the Bulldogs hit back-to-back treys at the end of the third and beginning of the fourth quarters, as Western began to build advantage, going up by as much as 12 in with just minutes left in the contest.

While Tech was able to cut the lead to eight points, Woolley’s squad kept pace with the Orediggers, never faltering in terms of control. Tech fouled in hopes of creating a comeback, but the Bulldogs hit enough free throws late to see out their second Diggers-Dawgs win of the season.

Woolley mentioned the importance of the Bulldogs clutch shooting in the second half, as Western made five-of-12 threes after going one-for-11 in the first half.

“We tell them, ‘if you’re open, you’re in rhythm and it’s a good shot, shoot it,’” Woolley said. “That was the difference, they left us open and we were able to hit them and we’re able to make free throws down the stretch.”

Sanon said there were merits to the Orediggers’ play, but it’s a matter of figuring out how to improve and find the best combo of offensive players.

“I thought we played really well defensively,” Sanon said. “I just felt like we didn’t get our offense going. It’s things that we can definitely get fixed and I can take a look at… We can figure out to best utilize the weapons on our team.”

Tech receives a five-day break before traveling to Providence on Jan. 31, while Western travels to Carroll College on the same day.