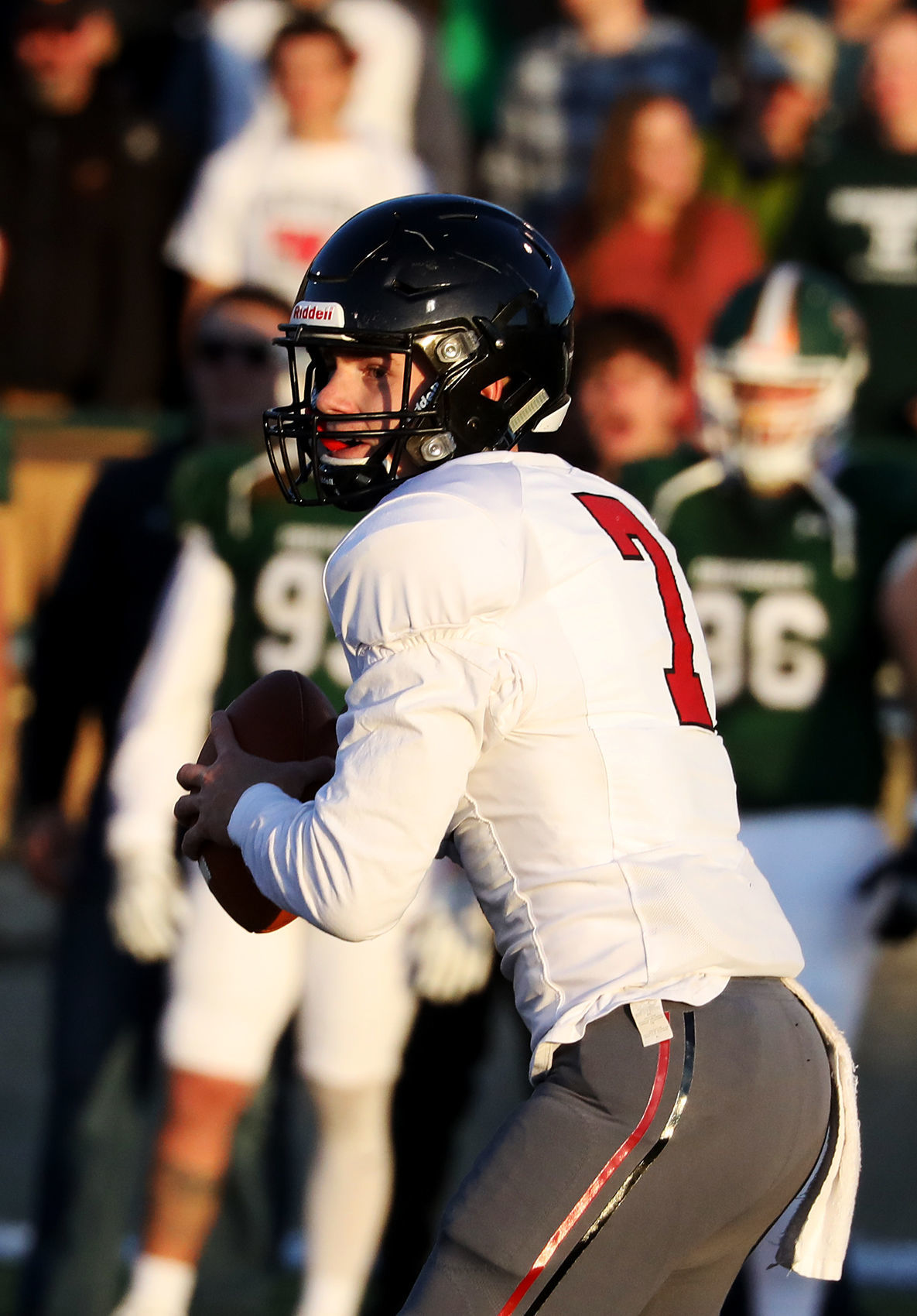 Bulldog quarterback Jon Jund looks to pass in the first quarter against the rivalry game against Montana Tech in Butte. 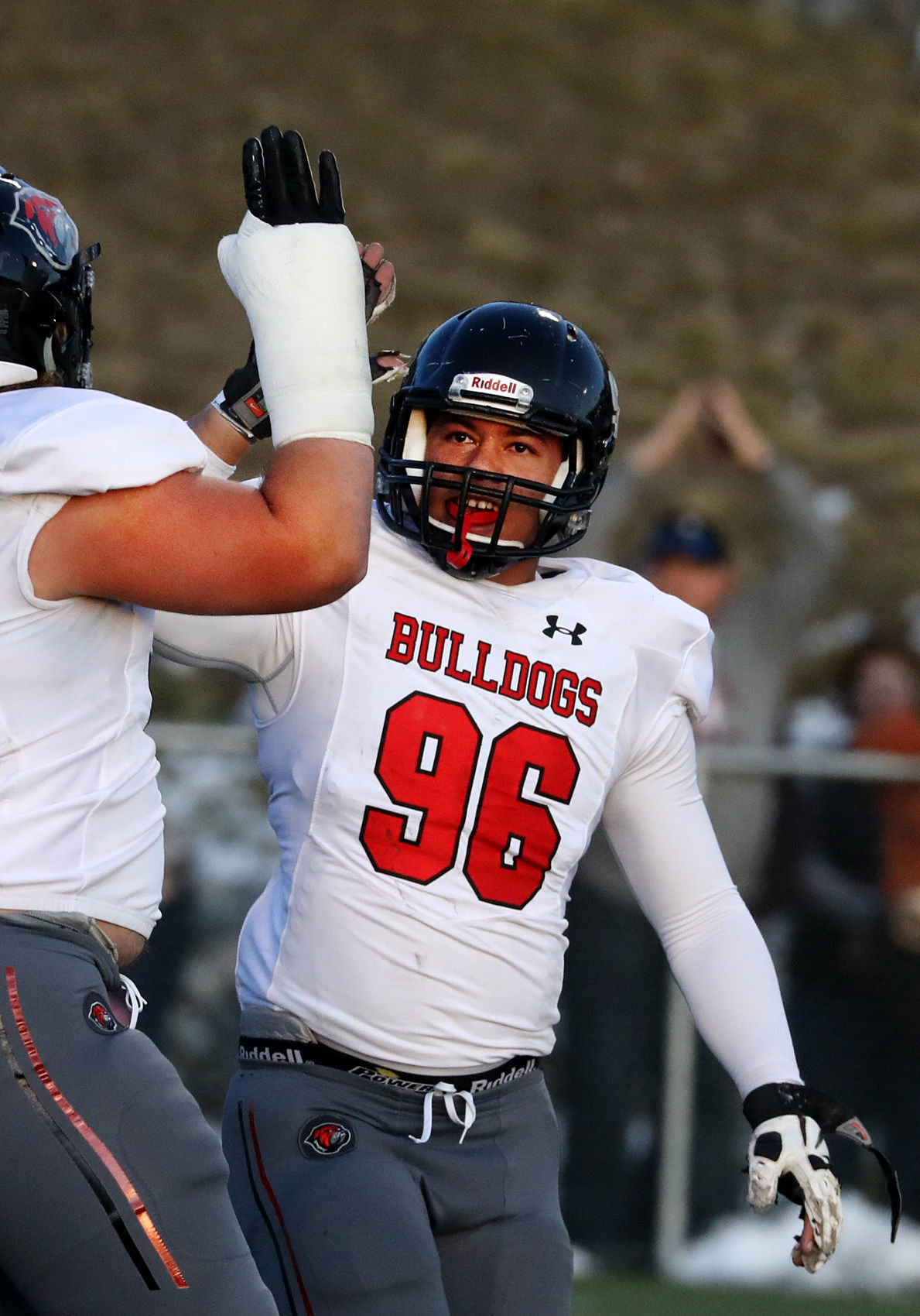 Bulldog defensive lineman James Aragon is congratulated by a teammate after sacking Tech's quarterback in the end zone on Saturday during the first quarter of the rivalry game in Butte. 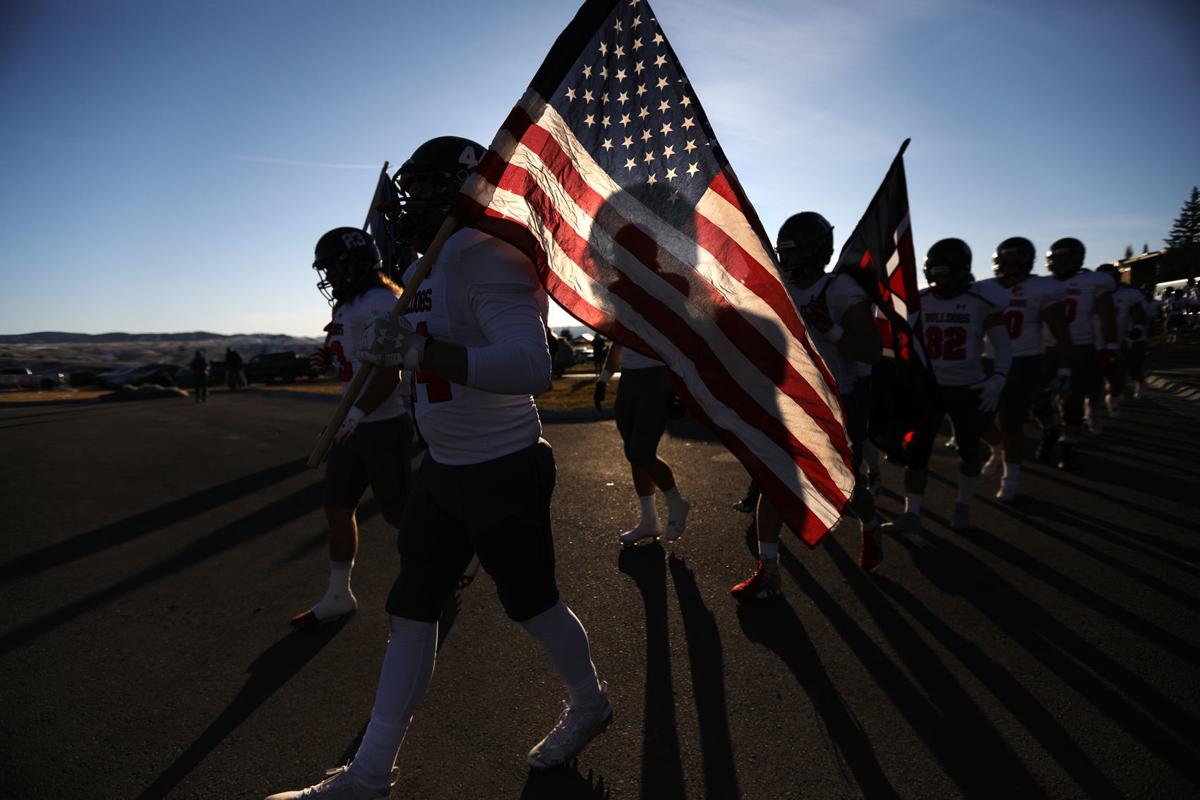 University of Montana Western football players carry flags as they enter the Oredigger stadium on Saturday during the rivalry game in Butte.

Bulldog quarterback Jon Jund looks to pass in the first quarter against the rivalry game against Montana Tech in Butte.

Bulldog defensive lineman James Aragon is congratulated by a teammate after sacking Tech's quarterback in the end zone on Saturday during the first quarter of the rivalry game in Butte.

University of Montana Western football players carry flags as they enter the Oredigger stadium on Saturday during the rivalry game in Butte.

BUTTE — When Montana Western quarterback Jon Jund says that it was “just one of those days,” he means it.

Coming into the game undefeated, ranked No. 15 in the NAIA, and averaging 39 points a contest, the Bulldogs’ offensive performance Saturday night was a stark contrast from the high-flying offense in previous weeks, dooming Western to a 35-12 loss to Montana Tech.

Western only mustered 150 total yards, only 87 through the air, and the only offensive points came early in the first quarter, after the Bulldogs were held to a three-and-out despite starting at the Orediggers’ 11-yard line.

Head coach Ryan Nourse highlighted the plethora of offensive miscues, specifically the early issues as the culprit for Western’s loss.

“We hit all the big plays the past couple years,” Nourse said. “We hit zero today. If you overthrow five touchdowns, drop another three and drop five first down passes against a really good team, you’re not going to win.”

Jund’s 13/33 performance is the worst completion percentage of his Western career, although, as Nourse mentioned, there were a considerable amount of drops from the receiver group.

However, the redshirt sophomore takes full responsibility for the lack of explosiveness from an offense that was averaging 321.5 passing yards a game.

“Honestly, I played terribly,” Jund said. “It was just one of those days, we couldn’t get stuff clicking, but the loss is on me. We make one play, score one touchdown in the first half, we probably end up winning that game.”

Despite a nightmare night on offense, Western remained in the game thanks to an initially stout display from their defense, who scored nine of the Bulldogs’ 12 points.

The issue with early offensive struggles, though, isn’t just a lack of points. Western only held the ball for 22 minutes and 48 seconds, which Bulldogs linebacker Jason Ferris says opened up the run game to seal the deal for the Orediggers.

“They were able to wear us down,” Ferris said. “They pounded the rock on us, old school football and they won today. We got tired and [Folkes] and [Counts] were able to make a few cuts on us late.”

After totaling just 41 rushing yards in the first half, the sheer amount of snaps caught up to Western, seeing the Bulldogs get dominated at the line of scrimmage, allowing 250 yards on the ground in the second half.

For Orediggers head coach Chuck Morrell, this is what Tech was attempting to achieve. The coach credited his rushing attack for staying patient and taking advantage of Western’s exhaustion.

“We just keep grinding,” Morrell said. “It might not be the first run or the 15th run, but the 30th run is going to wear guys out. Our offensive line is a solid unit, they kept grinding, I thought our backs had a great night and we hit some big plays. Jet [Campbell] did a great job of hitting some plays.”

Tech quarterback Campbell popped Western deep on several occasions, including a huge 43-yard touchdown throw to receiver Trevor Hoffman, restoring a two-score lead for the Orediggers, and just minutes after Western’s Carson Hritsco took an interception for a score.

Nourse felt heavily for his defense and their effort, but also acknowledged that this is how the game goes sometimes.

“Tough game for the defense,” Nourse said. “They played so hard and the way we operated offensively, we cheated them out of their performance. Eh, life is what it is and we still have a great team and a great group of kids and we’ll respond well and beat Carroll next week maybe.”

Second half surge lifts No. 22 Montana Tech over No. 15 Montana Western

BUTTE — Following No. 22 Montana Tech’s 35-12 win over No. 15 Montana Western, music was blaring and jubilation was ensuing.