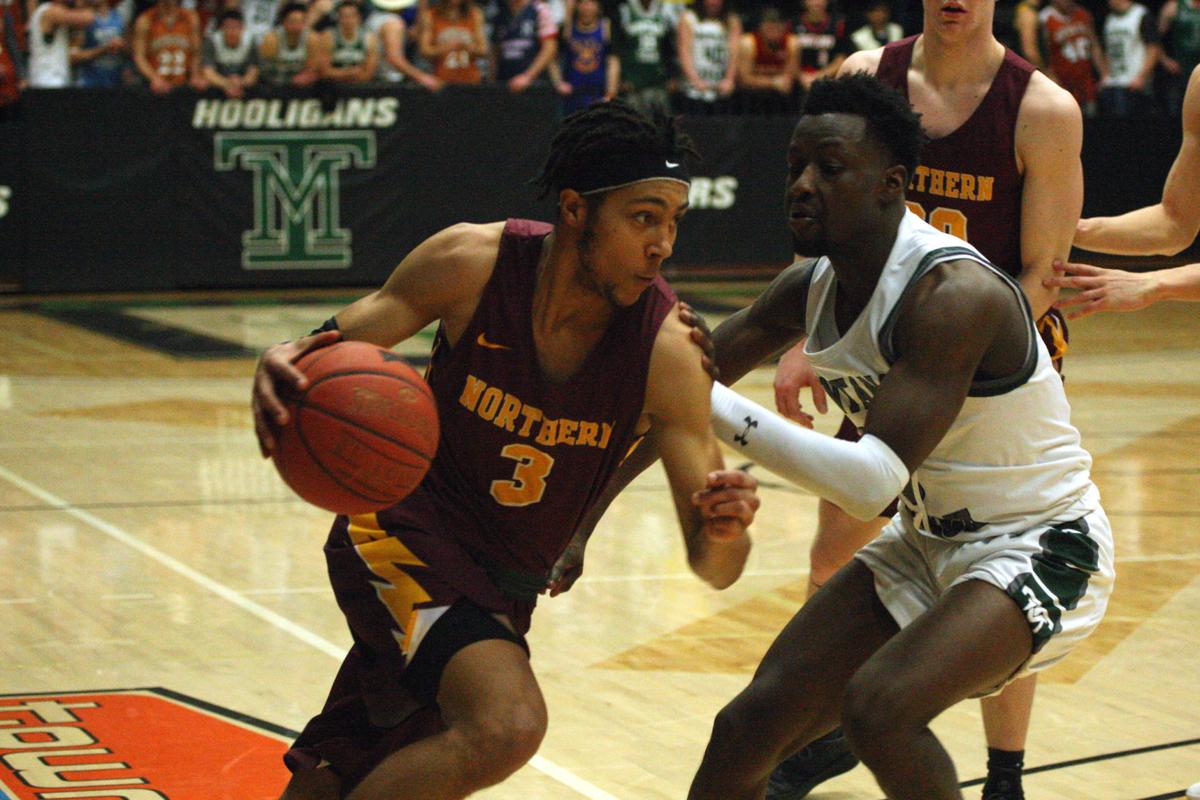 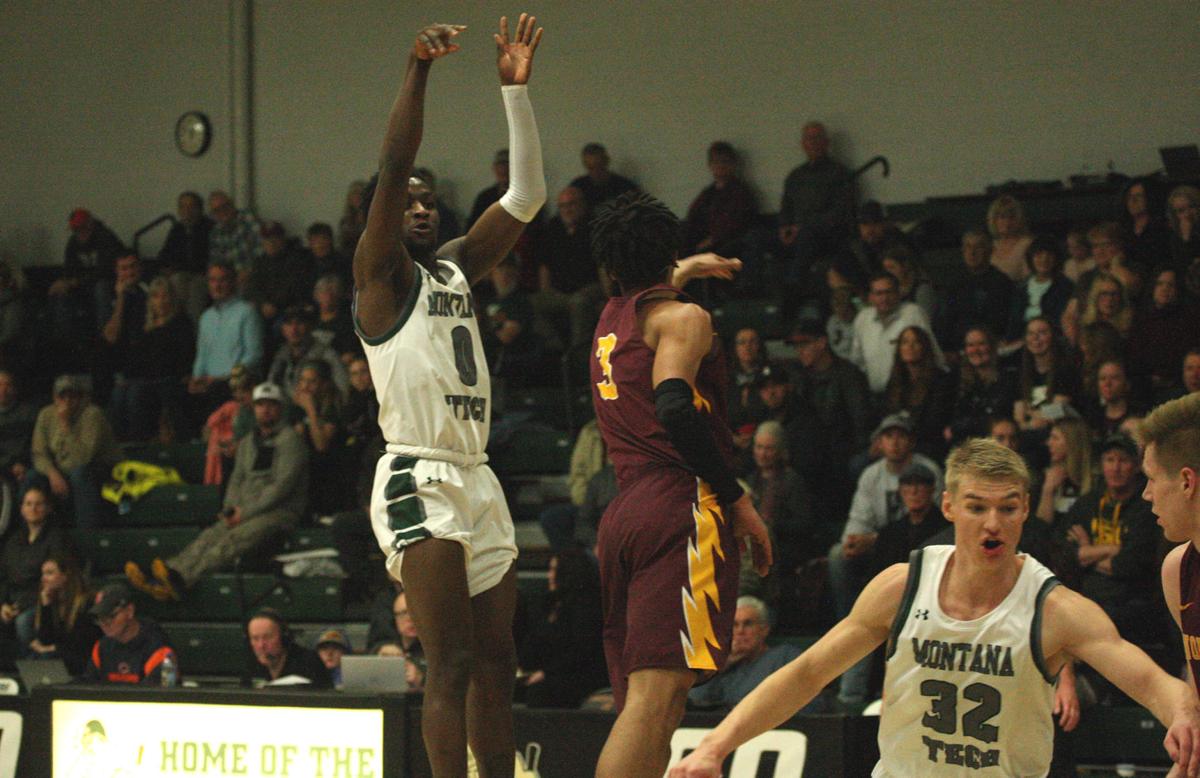 Montana Tech's Sindou Diallo fades away during the MSU-Northern's 63-56 win over the Orediggers at Kelvin Sampson Court Thursday.

Montana Tech looked ready to win a big Frontier Conference game at home, but the Northern Lights had other plans.

MSU-Northern defeated the Orediggers 63-55, taking the lead for the first time all contest with just over seven minutes left in the second half.

Northern Lights head coach Shawn Huse praised his team for fighting back and responding to a tough challenge from Tech.

“I tell everybody,” Huse said. “This team has amazing character, and I think they proved that tonight…

The first half saw Tech score consistently, but defend even better, holding the Northern Lights to just 19 points in the first half as the Orediggers entered the break up by 13.

Junior Sindou Diallo had 13 first-half points, while sophomore guard Drew Huse contributed another 10 points in the opening 20 minutes as the pair worked well off each other in the Tech backcourt.

The Northern Lights found production through junior David Harris and senior Davon Bey, but to a minimal degree as the Orediggers made things difficult by forcing turnovers and low-percentage shots.

Shawn Huse complimented Tech for their play, saying that his team’s slow start was taken advantage of by the Orediggers.

“We couldn’t have started much more sluggishly,” Huse said. “Credit to Tech for doing so many things that put us in tough spots. Diallo had a whale of a game and is just a tough guy to defend.”

The initial run was just a taste of what the Northern Lights had in store.

A flurry of treys, a technical foul and Tech junior Taylor England fouling out saw Northern jump out to a 49-42 with over five minutes left, just 10 minutes after Tech led the contest 39-26.

The lack of England made things extremely difficult for the Orediggers, as Northern took advantage of the talisman’s absence by flooding Diallo’s path with defenders and guarding senior Dylan Pannabecker and junior Cody Baumstarck.

Baumstarck, along with a pair of baskets from Diallo, gave Tech life with under two minutes to play, but a fantastic finish from Bey and two free throws from senior guard Devin Bray sealed the Orediggers out of the game.

Northern, who exploded for 44 points in the second half, was led by Bey’s 15. Senior Adam Huse followed with 14 points, while Bray ended his night with 11 points.

Shawn Huse complimented Bray for coming off the bench and rising to the occasion when Northern needed him.

“Devin [Bray] stepped up huge,” Huse said. “He’s been in-and-out of the starting lineup as a senior, that’s not easy to do. He’s one of those guys that does whatever a team needs and whatever a coach asks of him.”

Diallo’s 24 points led the contest for the Orediggers, while Huse tacked on 11. Pannabecker and England each finished with six points.